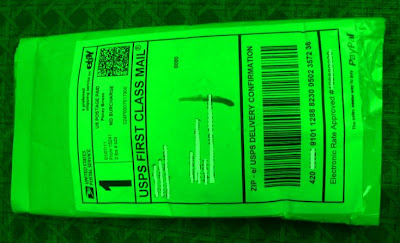 So much for the parade of action figures walking through my door slowing down in 2011 (laughs)! Well, at least I'm buying them for cheap second-hand on E-Bay... today it was my DC Universe Classics Green Lantern! 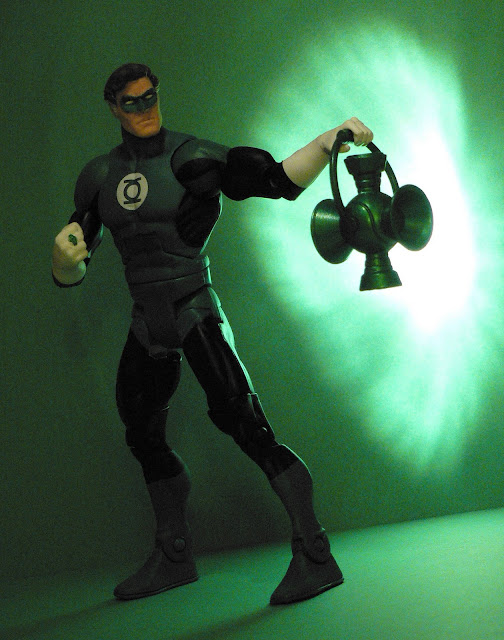 This particular Hal Jordan Green Lantern was pulled from a five pack of DCUC Green Lantern Corps figures, including John Stewart, Guy Gardner, Sinestro, and Tomar Re that is selling at Wal-Mart right now. I wasn't particularly interested in the rest of of the GLC included in this set, only the Green Lantern of my childhood. There were two other Hal Jordan figures released by Mattel in the DCUC line VERY similar to this one, the distinguishing feature here being the gray sideburns and deeper green shade in his lantern, both of which I prefer. 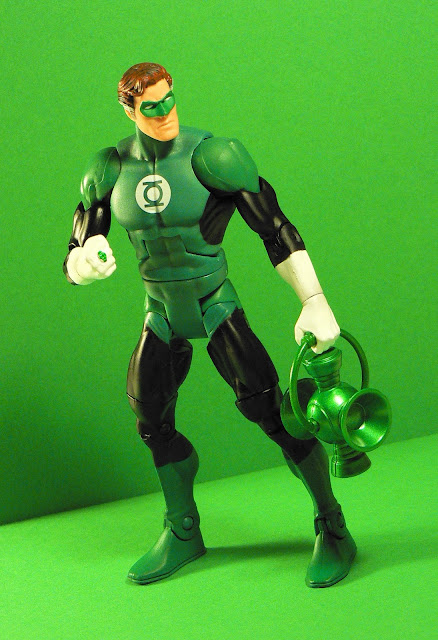 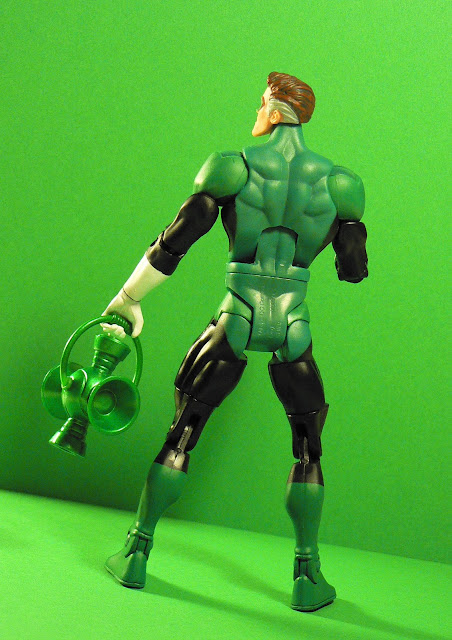 There are a lot of sellers on E-Bay trying to get rid of this extra Hal Jordan from the five-pack, which was good news for me as getting one of the other two can be an expensive option- some sellers are asking as much as fifty to sixty bucks! I got him for $12.68 (shipping included) when the auction ended, and I'm glad I got this one- the boys at OAFE.Net had a list of production and distribution issues with the original series 3 Hal. It seems they didn't (laughs) like Hal at all! The second All-Star Hal Jordan Green Lantern, that featured a cool metallic paint job, got a warmer reception over at ActionFigurePics.Com. You can also get an Abin Sur/Green Lantern two-figure pack at Toys 'R Us right now, as well as a host of other waves of DCUC Green Lantern action figures, and DC Direct waves on the way... AND the upcoming motion picture! Green Lantern is hot property right now!

I already had a Hal Jordan by DC Direct (which I love), the New Frontier boxed set version- let's take a look side by side... 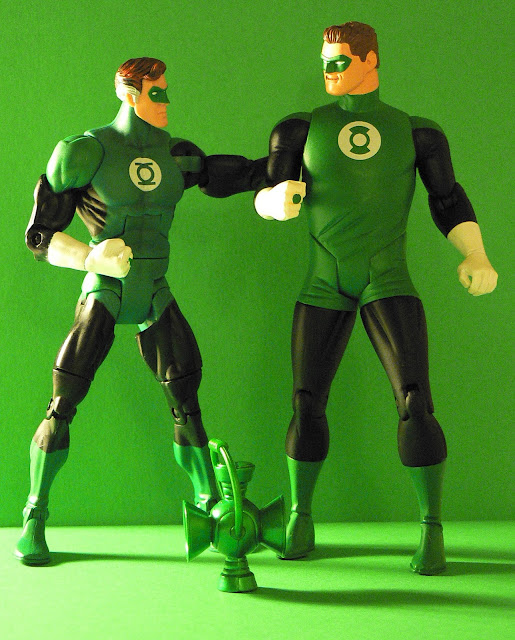 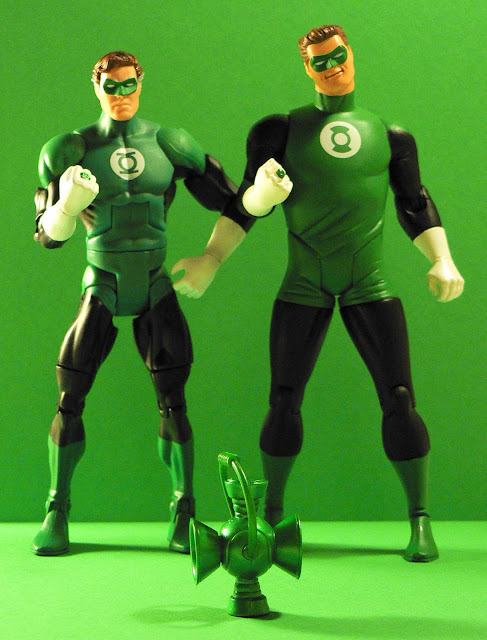 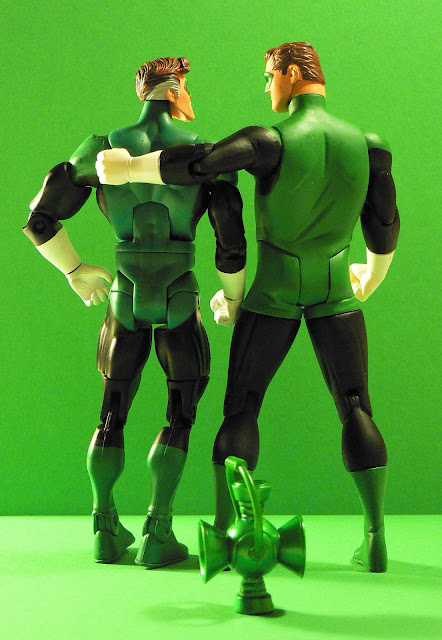 They're both a lot of FUN, and I can't say I like one better than the other... I'd say they made friends rather quickly, wouldn't you? The DC Direct New Frontier Hal is beefier, and has less points of articulation, but I love his retro styling! 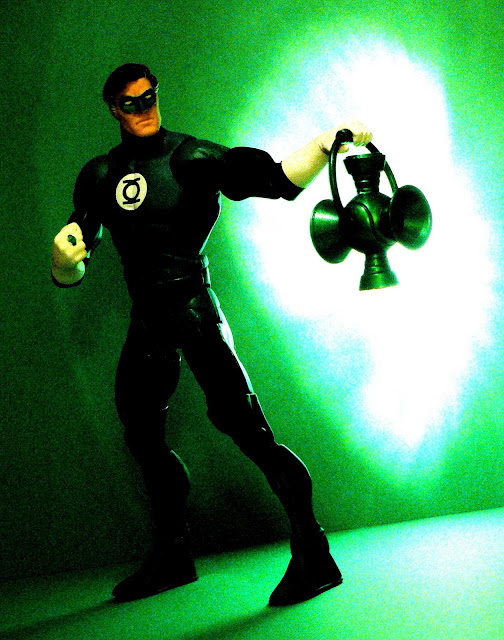 "In brightest day, in blackest night, no evil shall escape my sight. Let those who worship evil's might, beware my power, Green Lantern's light!"

*Green Lantern at Wikipedia!
*DC Direct First Appearance Alan Scott Green Lantern I got awhile back- he has a cloth cape!
Posted by Super-Duper ToyBox at 12:33 AM