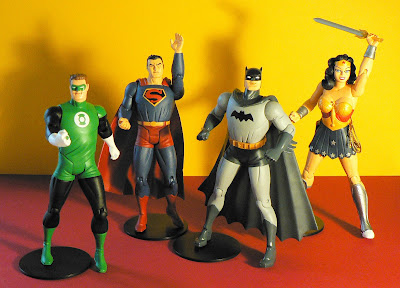 As proven in both my last post, as well as my toy collection in general, I obviously have a thing for retro-styled action figures. That said, I was thrilled to find out about this D.C. Direct New Frontier box set- Bitchin'! 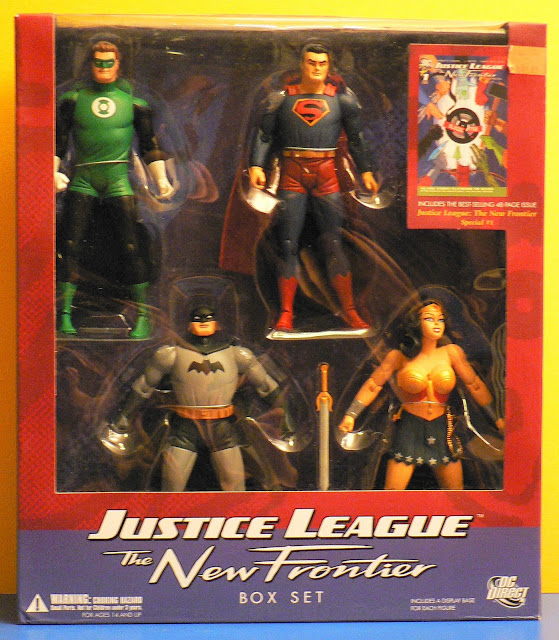 The box set figure don't include the same deluxe base that the individually sold figures from this series, but it did include a fun comic with three short stories in it- it was really fun reading with both a lot of high adventure and humor throughout. I liked it and these figures so much that I went ahead and ordered Vol.1 & 2 books of the D.C. The New Frontier series- CANNOT WAIT to read that!

The figures from this series don't have the articulation you will find in a lot of modern figures, but they do have great style! They have wrists that swivel (except Batman ??), elbow, knee, and hip articulation, and their heads swivel side to side & up and down- pretty basic. Batman and Superman's capes are made of flexible rubber- I like cloth, but this works really good with the character designs. I appreciate how the simple design of these toys echo author Darwyn Cooke's artwork from the series, and how the outfit sculpts show creases around the belt and shorts area and where the torsos are twisted, as opposed to the ripped, body-builder look prevalent in both comics and action figures. Wonder Woman is a particular standout among these four with her sword, free-hanging sheath, and golden lasso- nice job on this buxom beauty! What FUN these are! 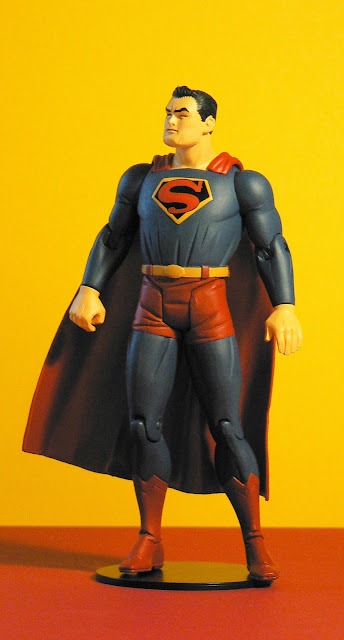 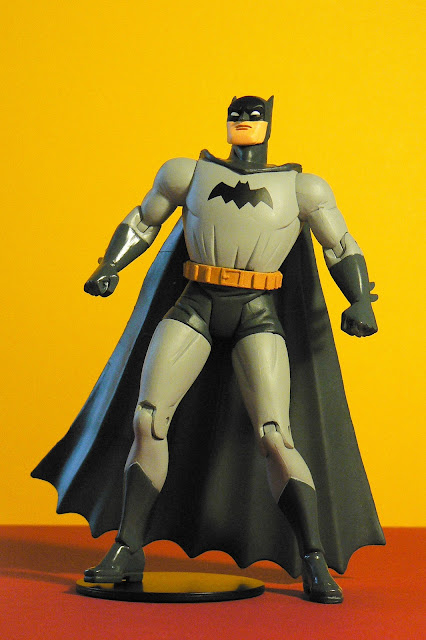 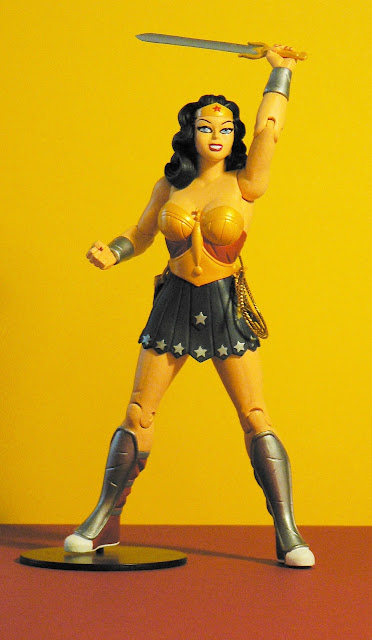 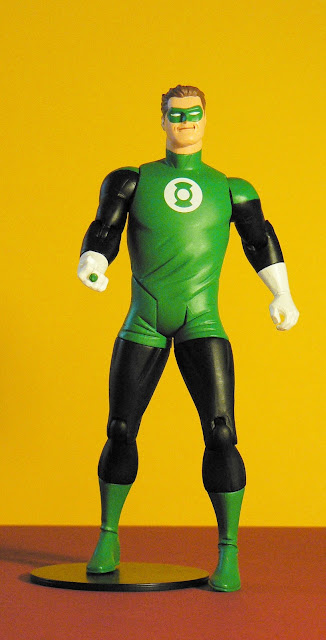 D.C. The New Frontier was a successful 2003-2004 six-part series published by D.C. Comics that was adapted as an animated 2008 film, Justice League: The New Frontier. Set at the end of World War II, the story involves Golden Age heroes like Superman, Wonder Woman, and Batman , teaming up with Silver age comic heroes like Martian Manhunter, Green Lantern, and The Flash. New Frontier ties the Golden and Silver Ages in the D.C. Universe amidst the fitting backdrop of the Cold War, the Civil Rights Movement, and atomic testing- the times these heroes are from.

*D.C. Comics New Frontier page!
*Green Arrow figure from this series- had to rescue him, read about it HERE.
Posted by Super-Duper ToyBox at 9:20 PM