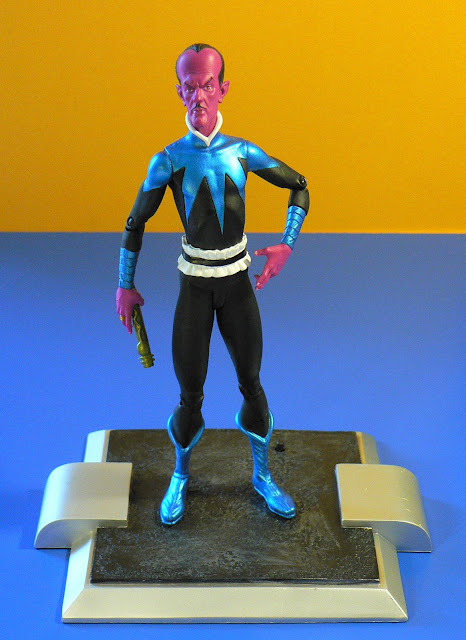 I got this DC Direct Series 1 Justice League Sinestro on January 30th- I only paid ten bucks (included shipping). He had been opened, but he was mint and sent to me in his box with his stand. Not bad. I've been looking for a Sinestro in the yellow Sinestro Corps outfit, but I resent the inflated price he's going for currently... and even the blue DCUC's are up there. No way!  I'll take this classic and artfully rendered version... 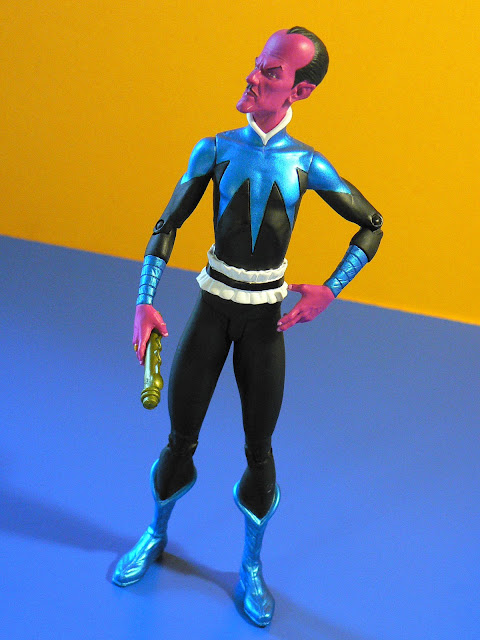 That's not an alto-saxaphone he has in hand there- it was dubbed his mega-rod, which I've read "was used by Sinestro to transport Hal Jordan to a plane of nothingness by opening boom tube pathways between different locations and dimensions". I have yet to read any of the Justice Leaugue books featuring Alex Ross's artwork, for which after this figure is based, but I did just read Blackest Night, in which Sinestro saw a lot of action. Sinestro's red skin is a trait of his native race, the Korugarans from Space Sector 1417 in the DC Comics Universe. 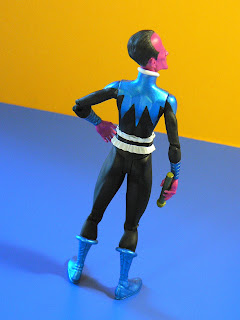 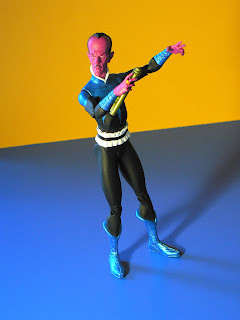 Sinestro is Green Lantern Hal Jordan's arch nemesis, once his instructor in the Green Lantern Corps, exiled by the Guardians for his toletarian leanings and misuse of power. "Sinestro wields a yellow power ring that is powered by the emotional energy of fear, and its wielder must be an expert in inspiring and manipulating fear to use it. Built on Qward, it can create yellow energy constructs, flight, etc. Sinestro's original ring could only be recharged by fighting a Green Lantern but the current version wielded by the Sinestro Corps are recharged by yellow batteries." (Sinestro @ Wikipedia) 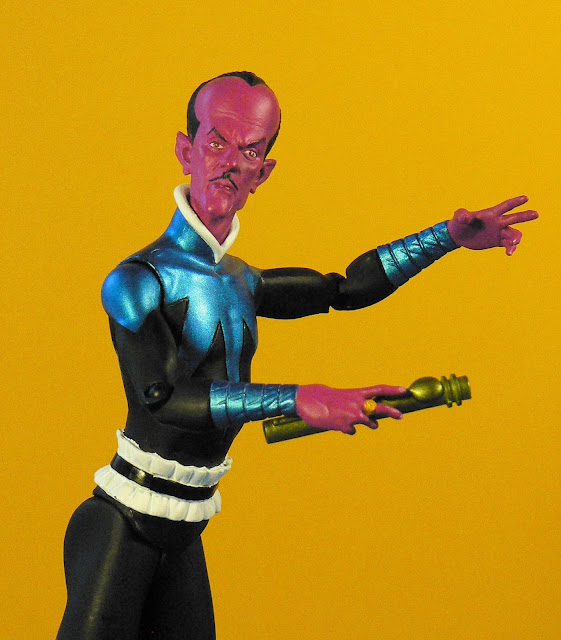 Like all DC Direct figures, Sinestro's articulation is somewhat limited. His rather expressive hands swivel at the wrist however, which is nice. One could more accurately describe a lot of DC's action figures as poseable statues- they sacrifice playability for aesthetics. There are also a lot of complaints about scale issues between and within different series, unlike with Mattel's DC Universe Classics line which has kept their different waves of figures more standardized. Still, I enjoy the different styles of sculpt from series to series, and try to appreciate them on an individual basis. Sinestro here for example is a stand-alone, exceptional likeness of this diabolical villain we all love to hate- a real work of art, I say! 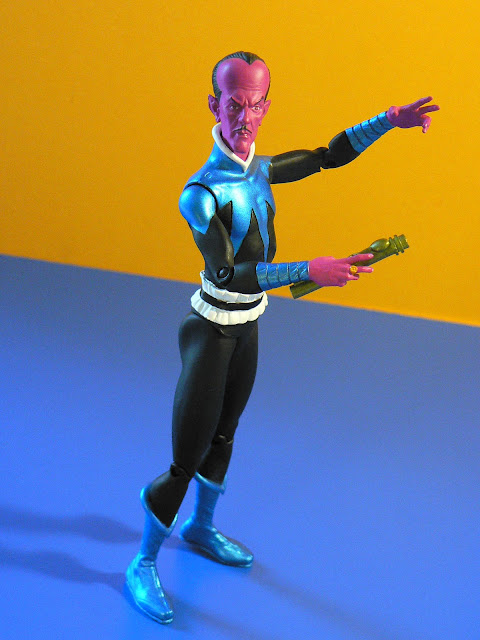