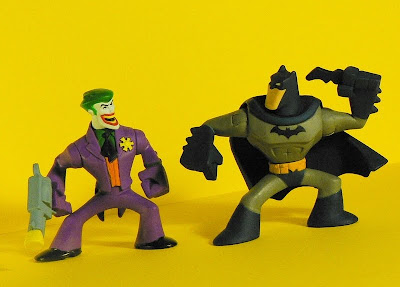 The final pair from Mattel's second wave of DC Action League figures I'll be showing you is Batman Vs. The Joker. There was a version of this pair from the Batman: Brave & The Bold Action League series as well that is a lot of fun, though I feel Mattel improved the styling of the characters this time around with a little more detail.
Unique articulation to this line so far, Batman has been given hinge joints in addition to his cut joint shoulders- this really helps posing him with the batarang molded into his hand. He has more detail in his chest muscles & utility belt than the Brave & The Bold Action League Bats, and a slightly more modern styling. I really like the dark blue cowl... 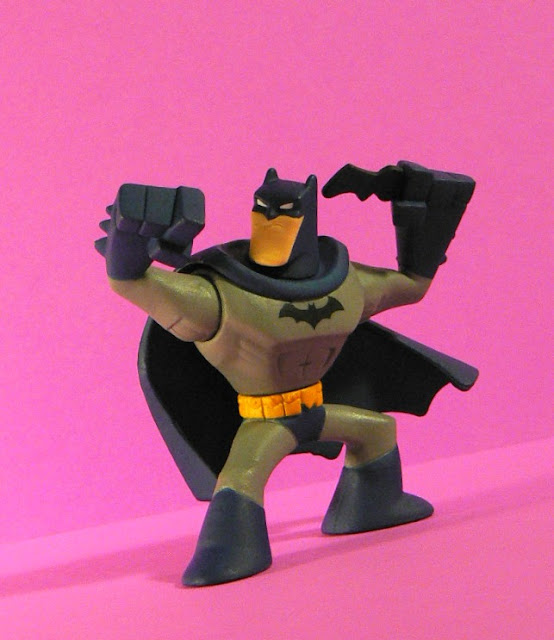 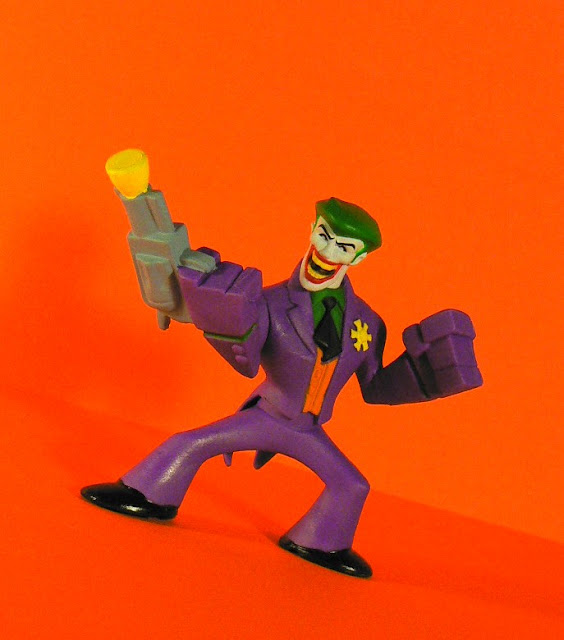 I'm unsure what Mattel has planned after the next wave of these (which looks cool!), but the possibilities seem endless, really. These are FUN toys that are constantly in a brawling pile on my desk!
And now just for fun, a couple group shots from my Batman/Joker toys:
Some classic, blue/grey Batman: a. Mattel DC Action League Batman  b. Mattel Brave & The Bold Batman  c. Mattel Retro-Action Batman  d. DC Direct Series 4 Reactivated Super Squad Batman  e. DC Direct Series 1 Reactivated Batman   f. Mattel Justice League Unlimited Batman. 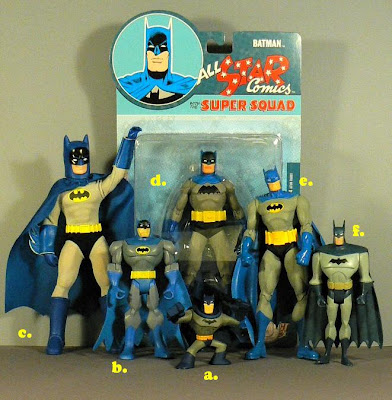 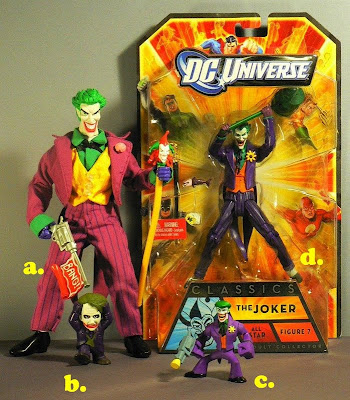