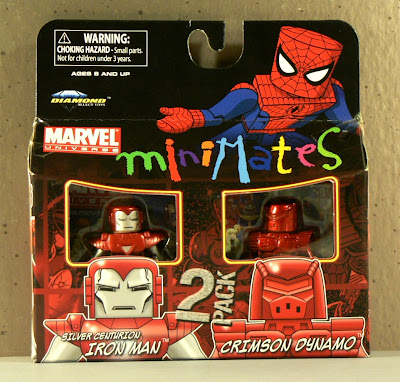 I finally picked up this MiniMates 2-pack yesterday, after having passed on it before. The characters were what interested me more than the fact they were MiniMates, though I must say that I've seen some pretty cool figures from this line- a lot of my fellow toy bloggers collect these, and so I've started taking a closer look at them when I'm out & about. These block-styled figures were developed by Art Asylum back in 2002. Originally 3" tall, they were redesigned as 2" for Marvel liscencing when they partnered with Diamond Select Toys several months later. 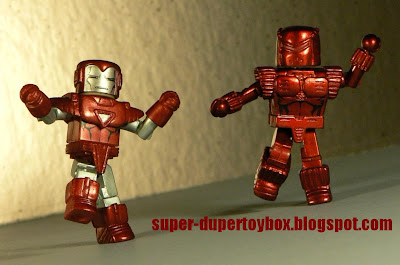 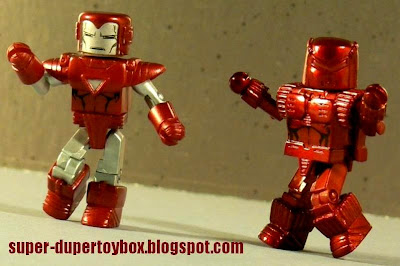 I can see the appeal in these diminuitive toys- they are not unlike Lego figures, though more articulated and individualized in their design.  They're cute and fun  :D  This pair sports removeable helmets and includes hair for Tony Stark & Dmitri Bukharin, and an extra set of hands for Dmitri. 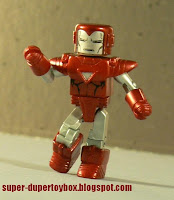 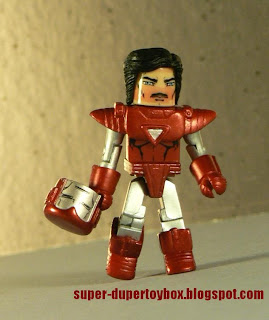 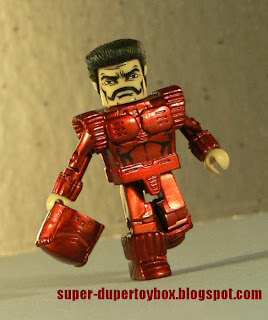 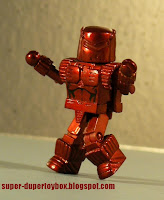 I couldn't believe the foldout included, showing all the Marvel MiniMates... I had no idea- Holy Cow! 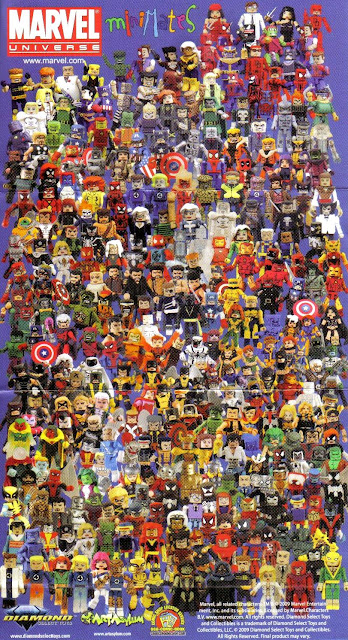 But let's get down to brass tacks: I really bought these because of my love for BIG TOY/little toy  :D  Yes I knew they'd go well with the Comic Series Iron Man 2 Silver Centurion & Crimson Dynamo figures- that's how I like to have fun! 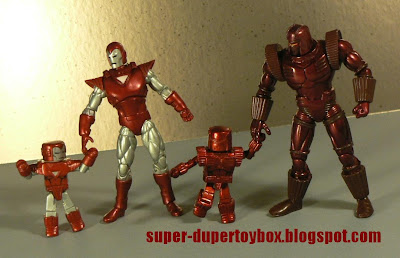 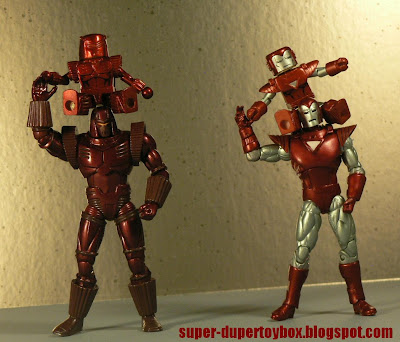 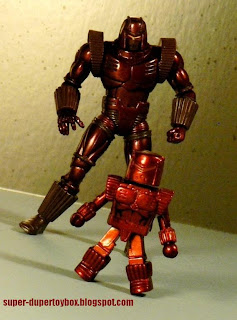 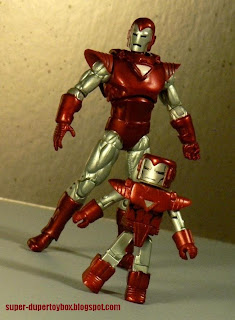 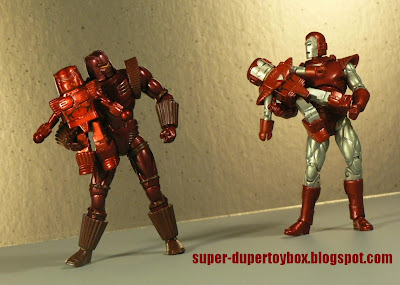 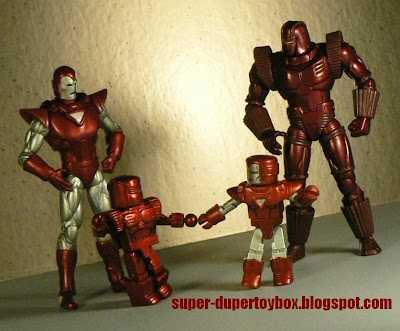