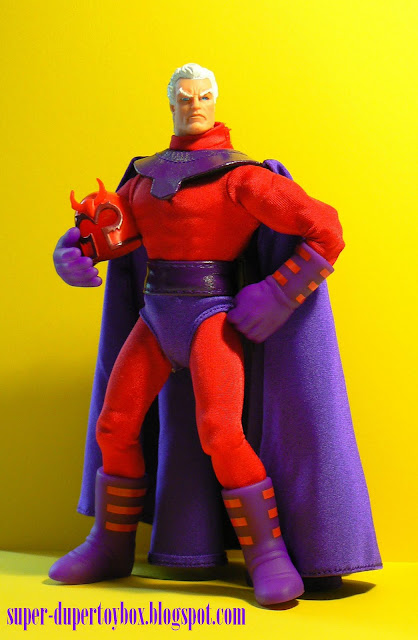 I've had this 9" Famous Covers Magneto by ToyBiz for almost a year now, but was reminded to show him off upon seeing the X-Men: First Class recently, which made me a fan of the Marvel villain all over again. When I first got into toy collecting, a big part of the fascination was memories of my Mego World's Greatest Heroes 8" action figures from childhood, and these ToyBiz Famous Covers from the 90's caught a lot of their spirit with their fabric outfits, wild colors, & exaggerated features. 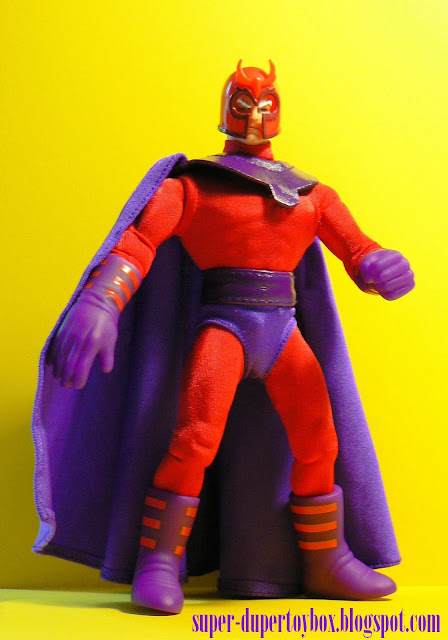 ToyBiz did a wonderful thing with this Magneto action figure, giving him a majestic cloth cape & matching vinyl shoulder overlay, and crowning him with a removeable, if somewhat undersized helmet. What a FUN toy! 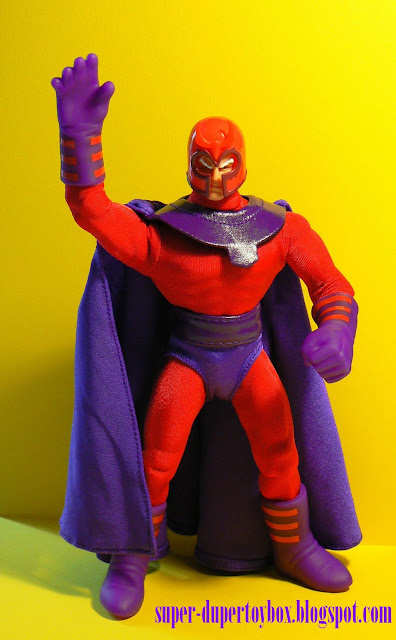 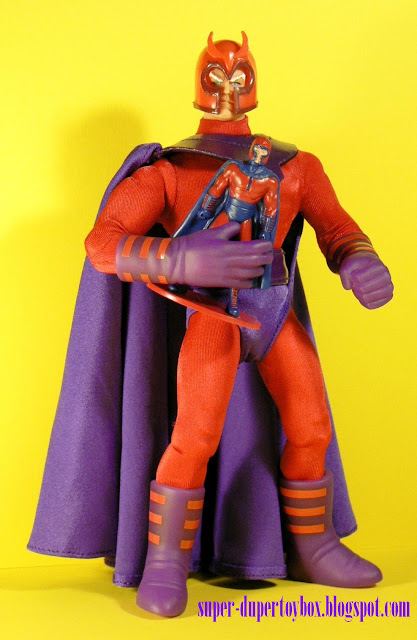 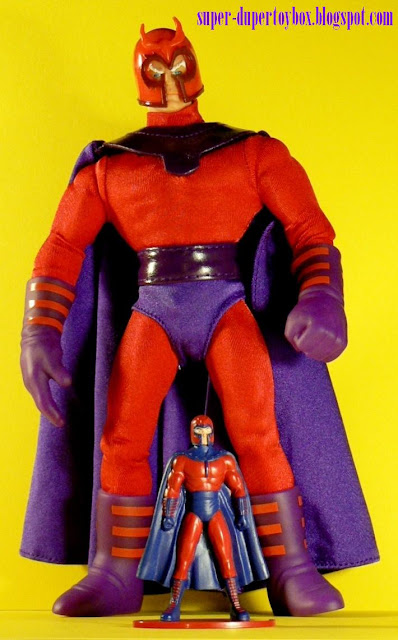 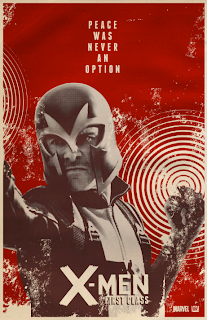 Magneto was expertly played by actor Michael Fassbender in X-Men: First Class. The ruthless Sebastian Shaw (Kevin Bacon) brings out young Erik Lehnsherr's power in a Nazi concentration camp when he challenges the young mutant to show his ability, and killing his mother when he cannot summon his new found power. In one particularly riveting scene, the now adult Erik happens upon two exiled Nazi officers hiding in an Argentinean bar while hunting Sebastian , and kills them and the bartender with their own guns while finishing his beer. The movie does a good job portraying Erik & Xavier (James McAvoy) before they became Magneto & Professor X, discovering their new powers and struggling to adjust to a world that feared them.   Erik's mistrust of the humans eventually created a rift in the relationship,  making them the arch enemies of Marvel canon we know today. The way the storyline was initially weaved into Erik's loss of his parents in the German concentration camps of WWII, then the history of the 1962 Cuban Missile Crisis integrated with  Sebastian Shaw's plans to destroy humankind made the movie feel more palpable. I give it a 4 out of 5 stars- very entertaining!

I didn't read a lot about Magneto or the X-Men as a youngster, but I was fascinated with their inclusion in Marvel's Secret Wars (1984-1985), where he found himself alled with Professor X and the X-Men in a fight to survive their abduction to Battleworld by the Beyonder in his cosmic experiment on good vs. evil. Initially mistrustful of the leader of the Brotherhood of Mutants, the heroes came to accept Magneto, if cautiously, based on his unselfish desire to defend the mutants from all who threaten them. This conflicted relationship with Magneto's old friend Xavier is what makes Magneto interesting- their opposing ideology on how to deal with humans fear of mutants puts their mutual goal of protecting their own kind at odds. Good stuff!


Here's something kinda fun I dug out of my old comics: Magneto's page from the Official Handbook of the Marvel Universe series I had from childhood. Click on the image to read all about Magneto circa 1983: 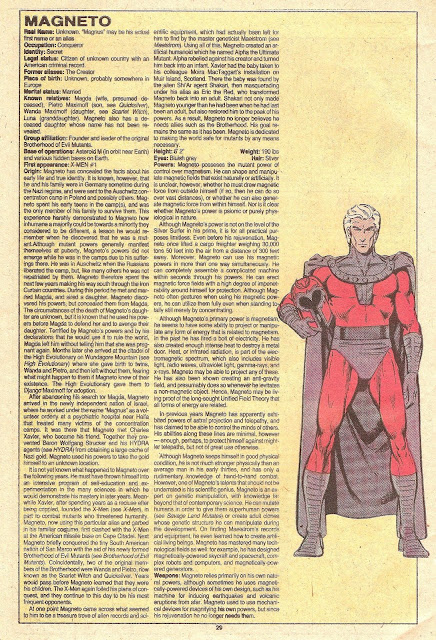 *Thomas Wheeler’s Flashback Review of the Marvel Famous Covers line
*unidentified Fan Art of Fassbender Magneto above was found on Google Images- if it's YOURS, lemmie know- I love it  :)
More Later- Keep It FUN!
Posted by Super-Duper ToyBox at 5:47 PM