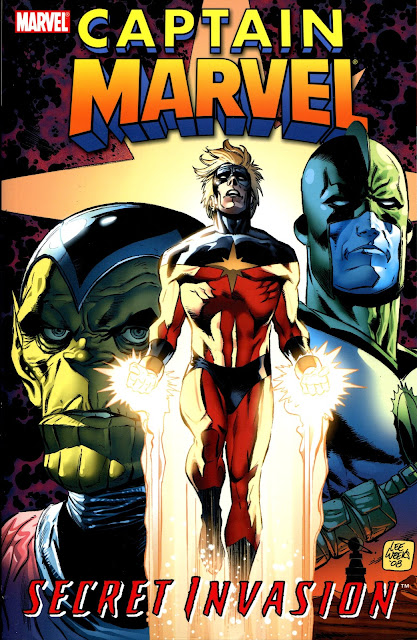 While I hated to plop myself square in the middle of a story arc without knowledge of the continuity pertaining, new stories featuring Captain Marvel was something that couldn't wait until I got caught up as far as I was concerned. In 2007, several ongoing Marvel titles were tied in to the one main Secret Invasion storyline. These were all collected in 26 separate trade paperback collections. Uugh! Captain Marvel: Secret Invasion includes Captain Marvel issues #1-5 and Civil War: The Return, centering around Captain Marvel's role in the story arc involving the Skrull invasion of Earth. 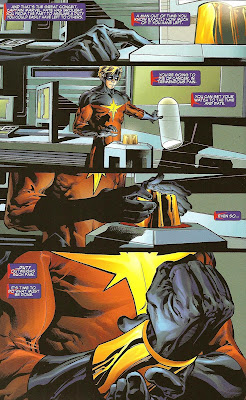 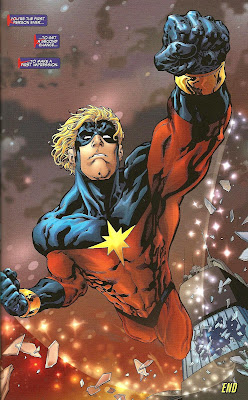 Having died from cancer, the result of an earlier exposure to toxic nerve gas during a battle with Nitro years ago, the late Kree warrior is a man out of time when he suddenly appears from beyond the grave inside a maximum security prison in the Negative Zone, much to the surprise of Sentry, Iron Man, and Reed Richards. Knowing he will die all over again, Mar-Vell resolves to spend his remaining days championing his adopted  home world of Earth, in spite of a suspicious Tony Stark's attempt to keep a lid on him. 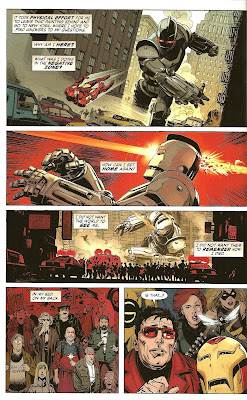 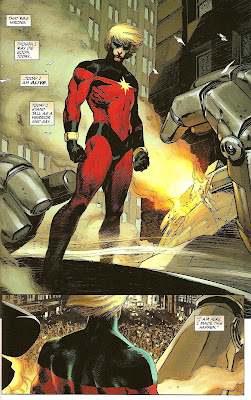 The Church of Hala, a cult that worships Captain Marvel, has been waiting for the return of the long dead champion of Earth. The congregation hails his return as that of a savior of their world gone wrong, the recent Superhuman Registration Act having caused a violent civil war among the heroes of Earth. Widely disregarded as religious fanatics, Mar-Vell recognizes the good they do though uncomfortable with the worship aspects, and dons their ceremonial robe in service of the homeless & needy at a food distribution center in Sudan. Tragedy strikes as the leader of the church is killed by military shelling in the war zone where the mission workers are encamped, and Mar-Vell lashes out in anger, destroying the tanks as he recalls his vow to save the people of Earth even if from themselves. 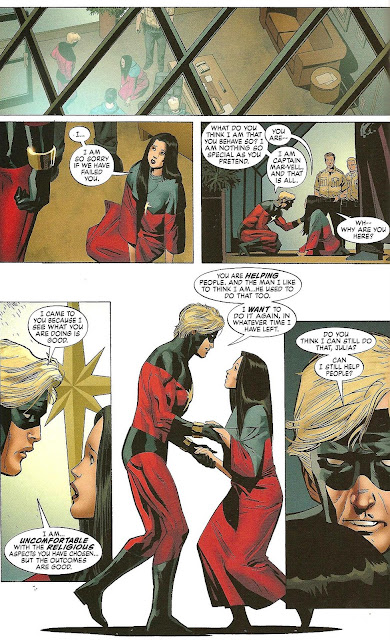 Following of a failed attempt to put Mar-Vell back into the Negative Zone by Iron Man and Ms. Marvel/Carol Danvers brings up the question between the two, and Carol asks, "We are supposed to be stopping bad things from happening. Why do we focus on guys in silly costumes and not people who are causing real harm?"  For as it had been observed that 24 hours following Marvel's renewed vow to end a wars on Earth and angry disarming of the warriors in Sudan, not a shot was fired, a missile launched. 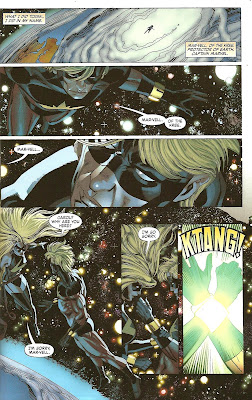 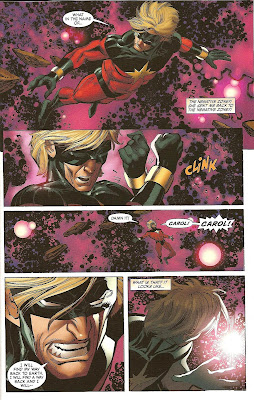 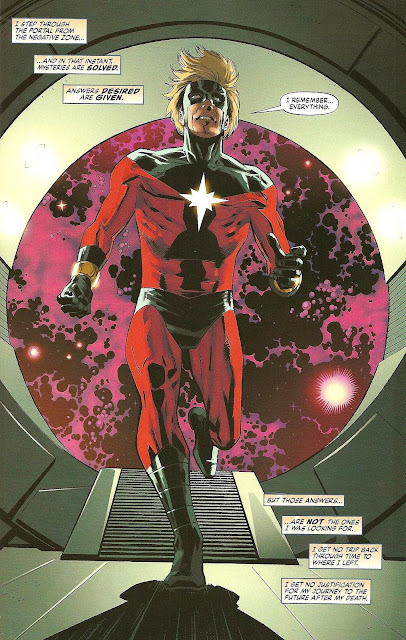 Realizing this incarnation of Mar-Vell might be someone or something else entirely, S.H.E.I.L.D. Agent Sante tries to arrest him, but Mar-Vell reasons with her "If you want to end this now... you can destroy me and what potential I hold... or you can help me, Agent Sante... you can stand tall beside me and help me make the world a better place." 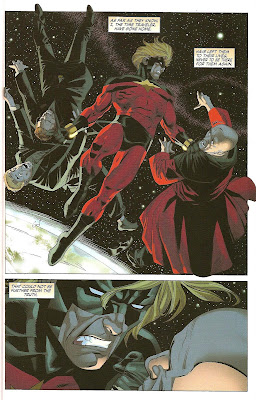 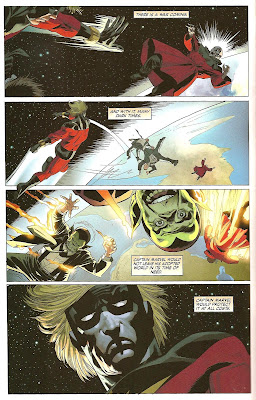 I 've read some reviews claiming this was an unnecessary book in the series- I suppose that's true if you aren't a fan of Captain Marvel (shut yer face)! Like I've said before, he was an acquired taste for the comics of Silver and Bronze Age- something I've grown to love. The story was well done with some surprises I wasn't expecting, having only been back into comics for a year or so, and unfamiliar with a lot of the Marvel mythos. I found Brian Reed's story detailed & far-out yet interesting. The penciling of Tom Raney & Lee Weeks meshed seamlessly going from Civil War: The Return into Captain Marvel #1-5. The colors & inking were perfection! There were several great variant covers throughout the book by Ed McGuinness, as well as a Ms. Marvel #25& Capt. Marvel #4 combined variant by Terry & Rachel Dodson that rules! Behold: 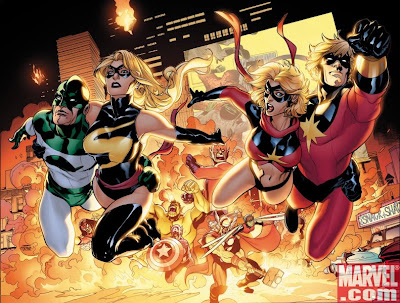