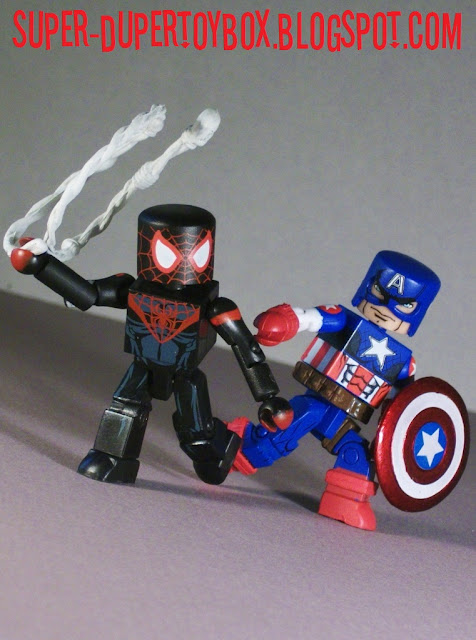 This was fun little set of MiniMates to find- I wasn't expecting to see these, and am pretty sure this Spidey is new to the MiniMates line. While I'm limited in my knowledge of Marvel's Ultimate Universe, I did enjoy the first twelve or so issues of the new Ultimate Spider-Man, featuring middle-schooler Miles Morales as the new webslinger- great stuff! 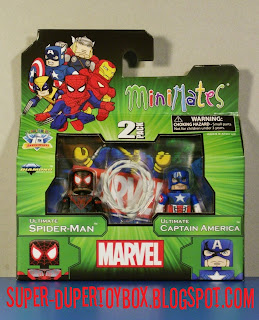 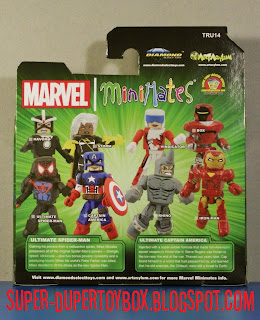 I haven't been thrilled with Hasbro's recent offerings of Miles Morales since they made no effort to make a new buck to accommodate the boy's smaller build. This is a shame since Miles' character makes for a great story, bringing Spider-Man back to his roots, the conflicted teenager as reluctant hero. Oddly, I somehow accept this scale indiscretion with the MiniMates Miles, likely due to the saving grace of it's removable mask that reveals a pretty fair likeness of the boy. The MiniMates designers more often than not successfully boil down a character's essence to a few simple features that are enough to emulate a reasonable likeness. I'm often surprised at their ability to do this within the seemingly limited MiniMate design parameters, and that's what I find so fascinating about these cool little action figures! 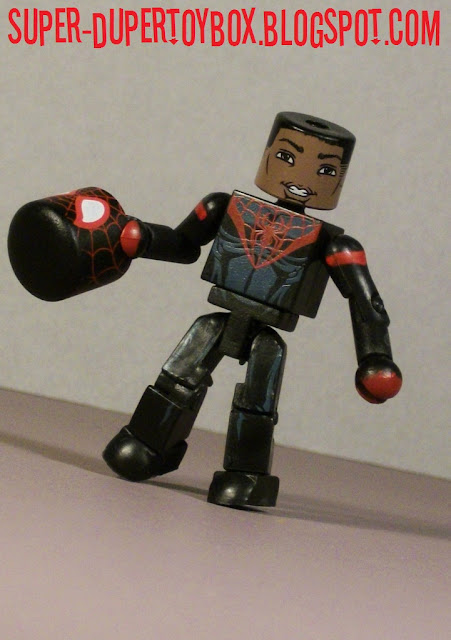 The paint on Miles' body is simple, but perfectly executed- it's cool to see Spidey back in black, and exciting to see another face under the mask! His accessory is a web, which while appreciated is coiled, and therefore hard to pose wrapped around an opponent, like Imhotep here... 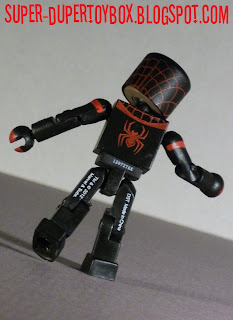 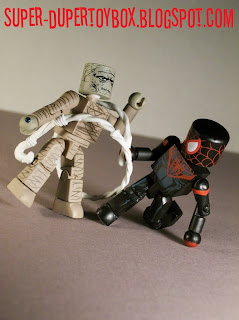 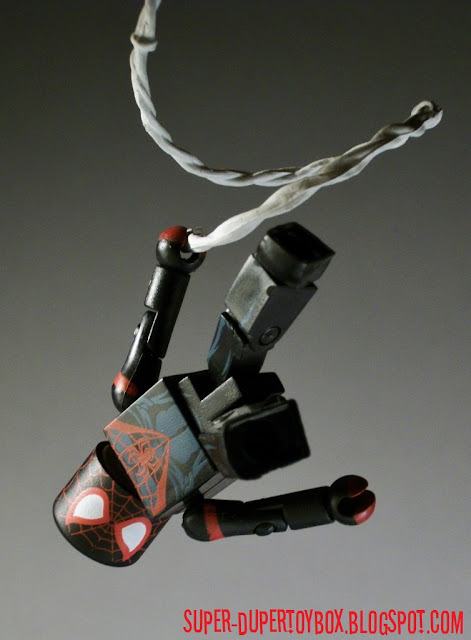 Ultimate Captain America's mask is void of the trademark wings the character sports in regular Marvel continuity, but he does get the nifty star patches on each shoulder that I like. His torso also features the grey kevlar underlay beneath the blue portions that individualize the Ultimates version of Cap. 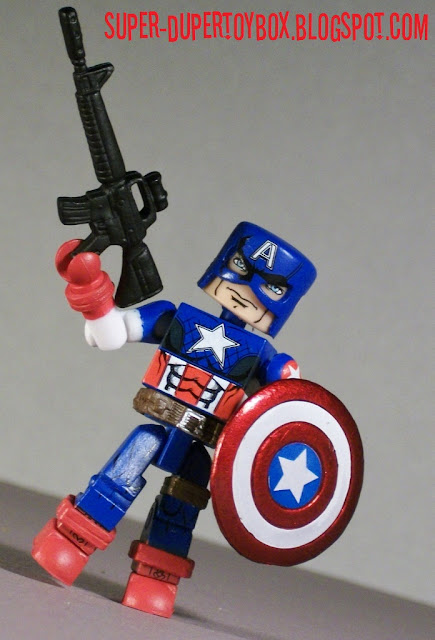 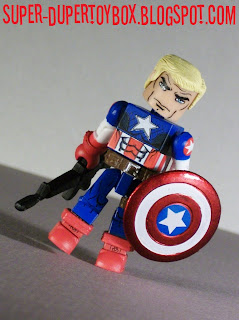 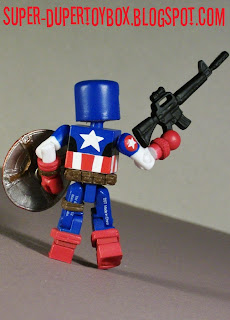 Cap has good accessories- an assault rifle, hairpiece for unmasked display, and of course his iconic shield. There's some paint slop on the shield, it's concentric rings decorated in metallic red, but it's largely unnoticeable just sitting on my desk. The verso of the shield is painted silver with tiny sculpted detail in the straps- impressive! It fits securely onto a peg protruding from Cap's wrist. 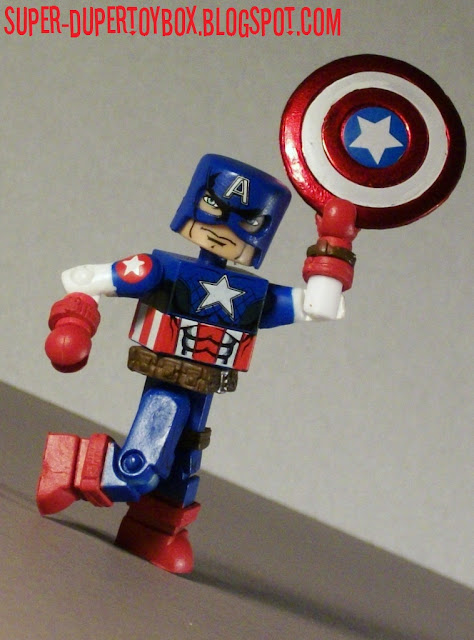 There are several versions of both Spider-Man and Capt. America in the MiniMate lineup, but this one may float you boat if you've missed out before. I'm a big fan of variant outfits on iconic favorites, so this was an enjoyable discovery. I have several sets of MiniMates unopened that I'll try to schedule into posts here on the Super-DuperToyBox. I'm crazy about these tiny action figures- while there are many repeated characters, a surprising amount of variety is present for a mini figure line. These are fun toys  :) 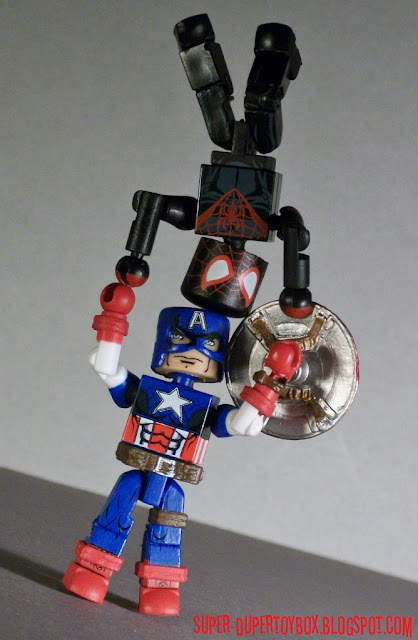 *Check out the online MiniMates Database!