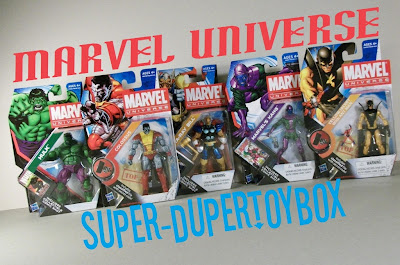 I've managed to pick up some more 3 3/4" Marvel Universe figures in the last month, the holiday rush finally emptying some of the peg warmers, and either making room for either new stock or older cases that had languished in the stockrooms. I found the new Hulk, Beta Ray Bill, and Kang, but lucked out on an earlier Yellowjacket and Colossus during this seasonal flood of action figures. I'm annoyed at how they no longer come with the numbered bases while Hasbro has hiked the price 40% in the last three years, and distribution in these parts seems worse than before. 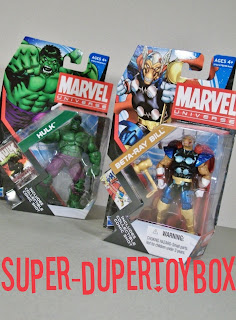 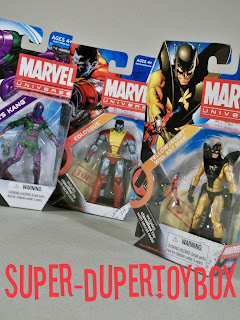 I'm still crazy about these little action figures by Hasbro, and have a ton of them opened and carded. Pictured below are most of the carded singles I own, and there are dozens of posts here on the Super-DuperToyBox about them and other Marvel 3 3/4" figures. 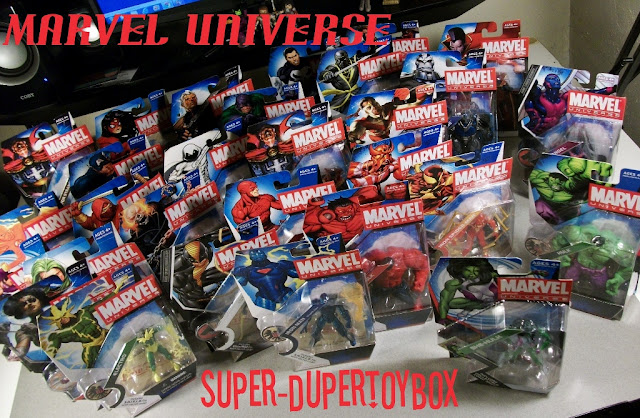 Here are a few carded Marvel Universe figures from my collection that I'm particularly fond of... 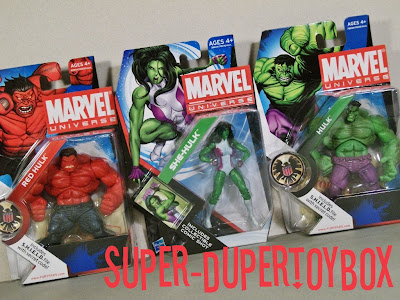 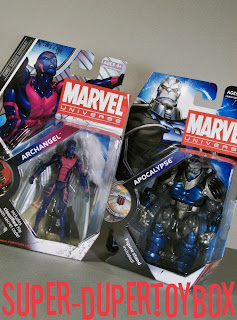 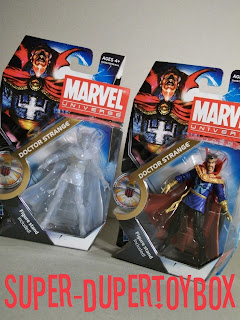 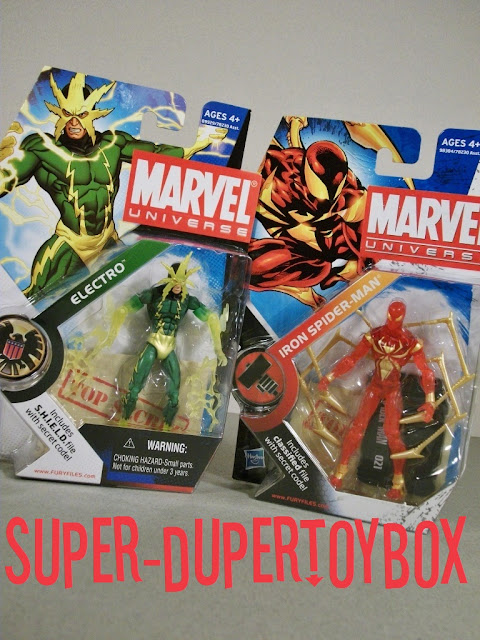 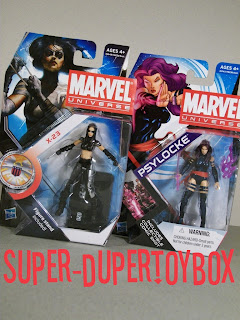 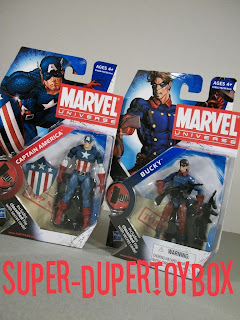 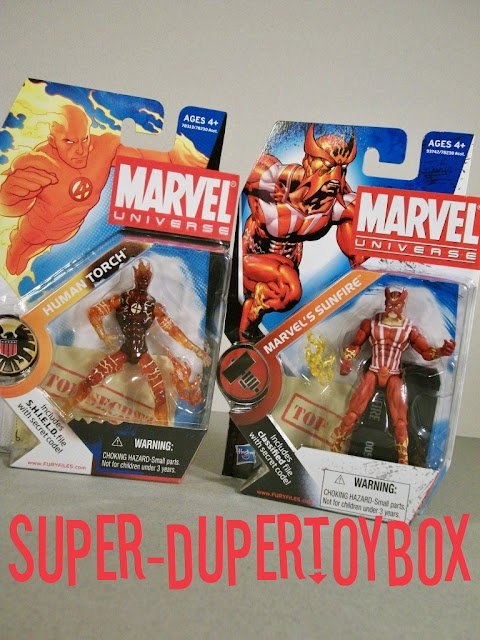 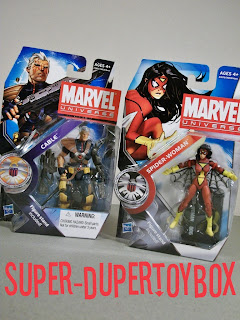 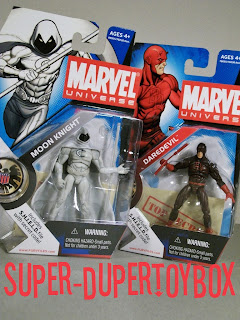 Posted by Super-Duper ToyBox at 11:49 PM