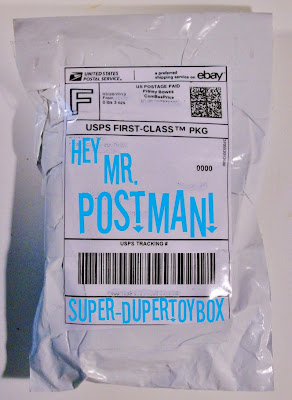 It was this Brave & The Bold Blue Beetle I was really looking for on eBay when I found the Plastic Man I reviewed in my last post, a Happy Meal toy that would be hard to beat and may very well be perfect. That said, I've been on a Jaimie Reyes kick lately, and this little action figure amused me greatly. I got mine mailed to my door for five dollars, more than the cost of the Happy Meal with which he was included, but I saw him selling for as much as ten bucks. 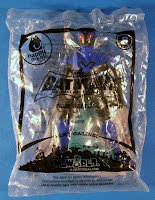 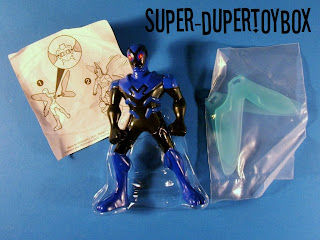 I've said before that the Happy Meal toys have surprised me with their relatively good quality, this one even cradled in a tray like regular action figures are, his wings bagged separately. Yes, he's simple, but no Cracker Jack top. Check out my video:

Blue Beetle's wings snapped right on and I was up and flying! By pumping his left leg inward, the wings are engaged through an internal lever. He won't blow your hair back with awesome wind power, but the mechanism works well enough, and is an appropriate, fun action feature. For whatever reason, his right leg has a swivel joint at mid-thigh, which doesn't offer any real, additional posing options. It's nice, but I'd have preferred a neck swivel. He does have shoulder articulation however, which is more than we could ask for and adds a lot to this fun toy. He also looks great, with a relatively complex deco for a Happy Meal toy-  even has the trademark yellow highlights in his buggy, red eyes!  His shiny, dark body contrasts nicely against his translucent, light blue wings. His vivid coloring and chunky styling made him great fun to photograph! 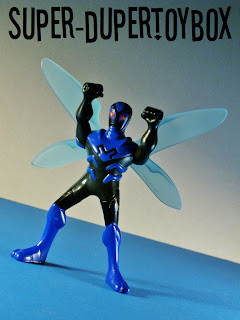 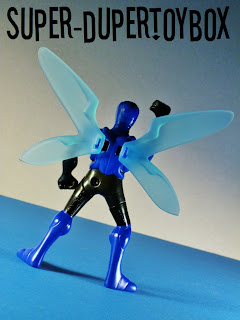 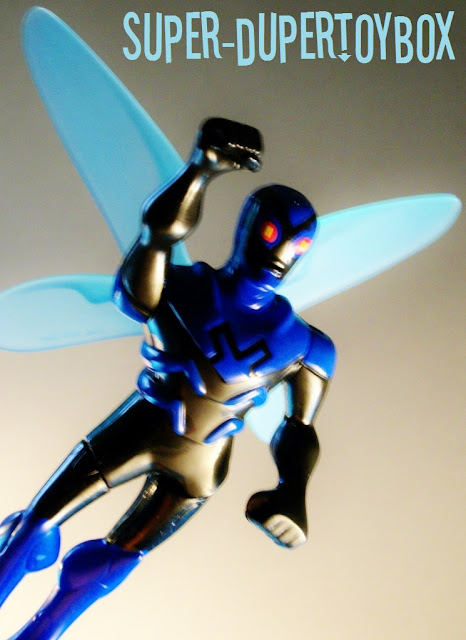 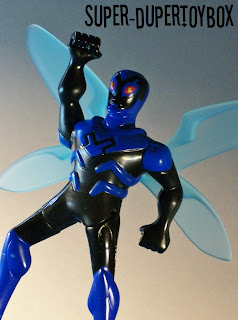 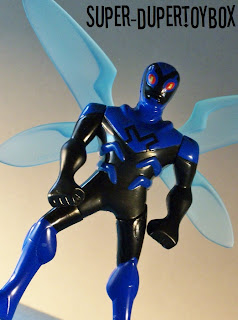 Happy Blue Beetle in my Brave & The Bold Cosmic Crawler, a new favorite toy of mine...   :) 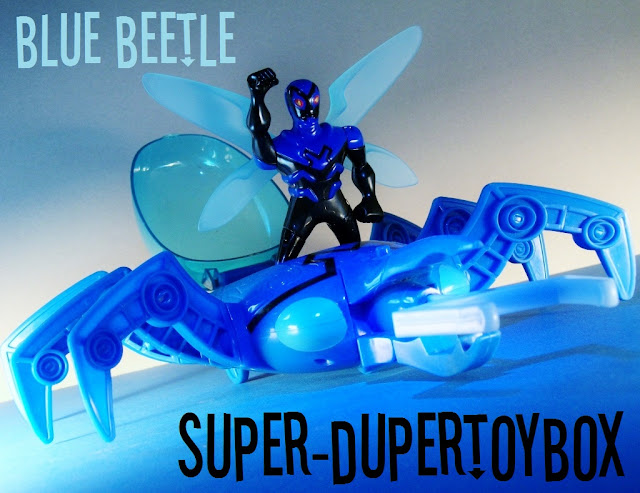 Happy Meal Blue Beetle with the 5" B&TB Blue Beetle that came with the Cosmic Crawler- they look very much alike, styled after Jaimie's character in the animated TV show: 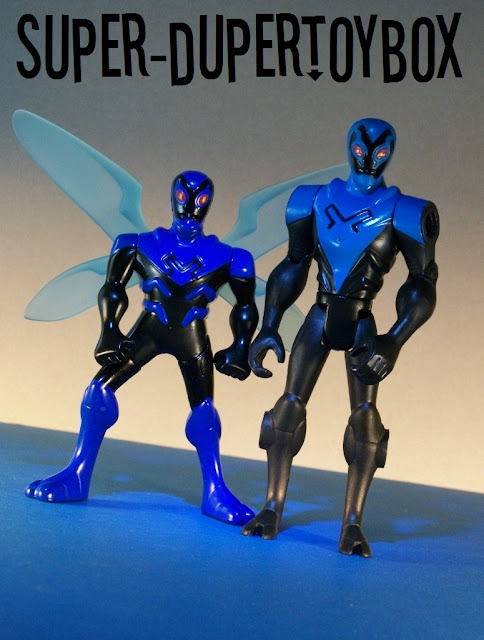 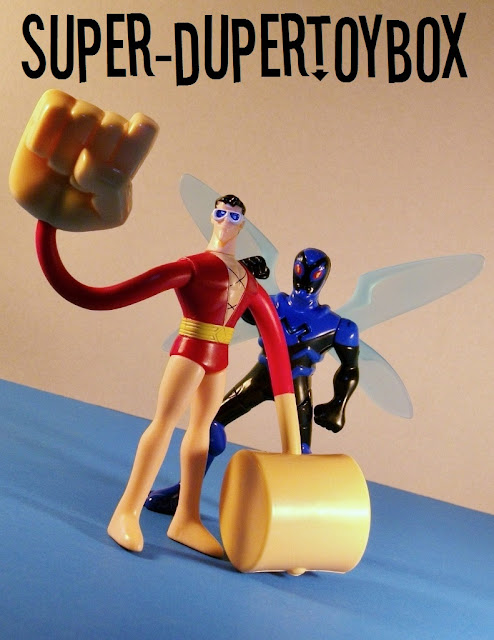 More Later- Make It FUN!
Posted by Super-Duper ToyBox at 8:49 AM