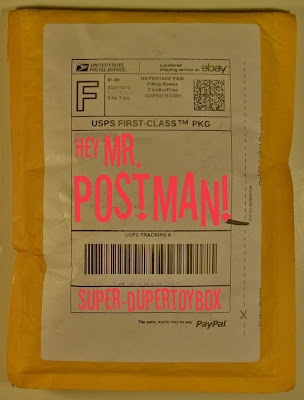 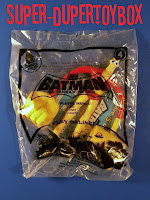 I don't eat a lot of fast food nowadays, and the number of times I eat at McDonald's a year can be counted with the fingers of just one hand, but I'm crazy about the Happy Meal toys we've seen in the last couple years. I have all the Green Lantern toys from last year, thanks to a connection my loving Mum has at our hometown McDonald's, and a pal who stops at a local McDonald's for coffee weekdays. In 2010-2011, the popular fast food chain included a series of Batman: the Brave & The Bold toys with their Happy Meals, which I somehow missed out on- a surprising thing considering my enthusiasm for the animated TV show and subsequent line of Mattel toys, of which I possess a lion's share. 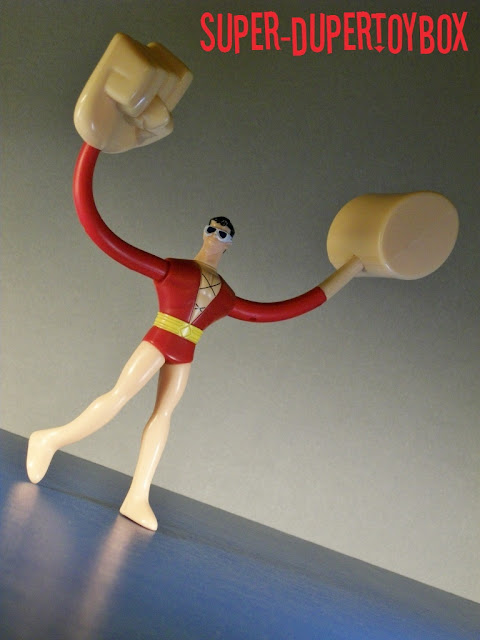 McDonald's released a later version of Plastic Man as a car, but this bendy toy is the one to have! I believe he's the only bendy toy in the whole bunch, but who better to present in this form- shouldn't all Plastic Man action figures be bendy toys?   :) 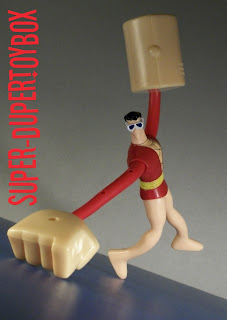 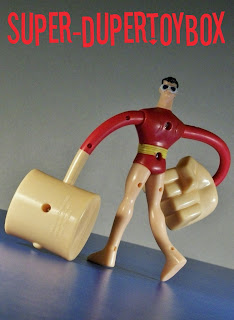 I'm often amazed at the quality of  fast food premiums McDonald's includes with their Happy Meals, and Plas here is no exception. Not only does he have bendable appendages, but his neck and shoulders are  articulated! The head, torso, mallet, and fist are made of a hard plastic that's hollow, fastened by tiny, recessed screws- mildy unattractive, but hey, it's a fast food premium. There's a little paint slop around the glasses, but the rest is expertly done. The sculpting on the head and belt is excellent. 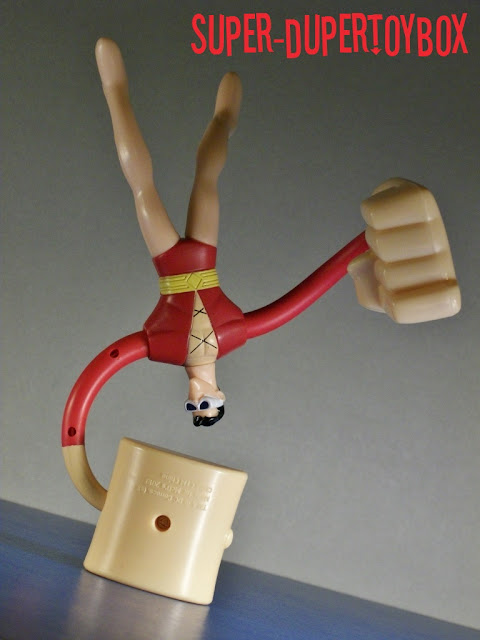 Because of his articulation, Plas can hold a variety of poses, making him a really fun toy that's surprisingly functional! I never read that much about Plastic Man in my youth, but have read some Green Lantern and JLA issues recently featuring the wisecracking, reluctant hero, and have come to appreciate him much more. His comic relief brings a lot to the table, seated among DC's pantheon of more serious heroes. 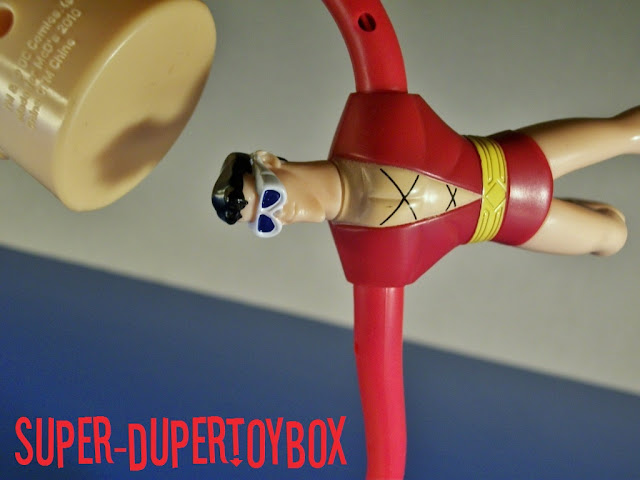 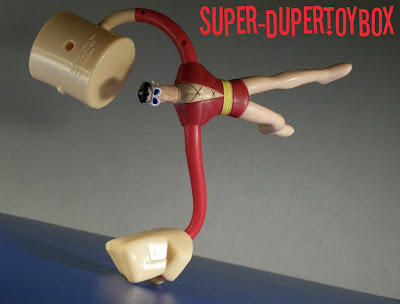 I found Plas on eBay for two bucks, and knew he'd make some great photographs, of which I took nearly a hundred! That should tell you something about the success of this simple toy's design. I emailed McDonald's awhile back, and they were unable to give me an answer on who designed or manufactured their Happy Meal toys, but to whomever is responsible for this Plastic Man figure, I tip my hat! 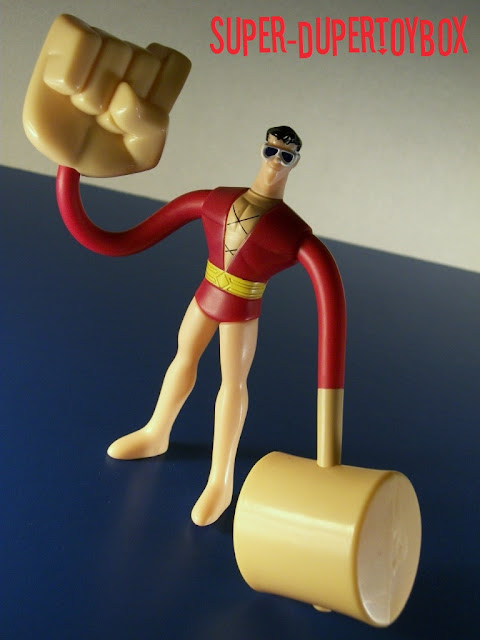 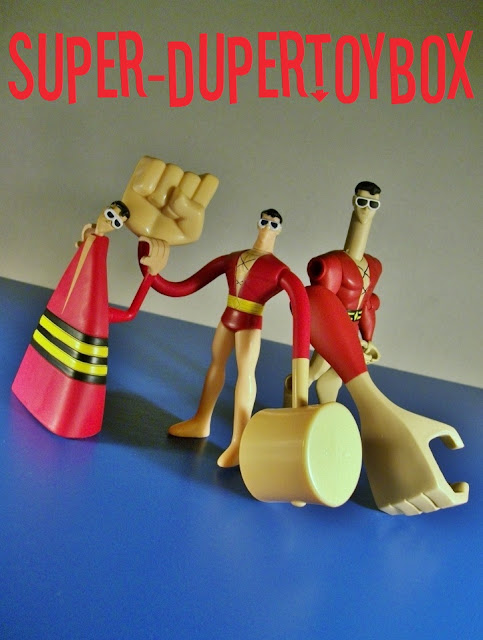 More Later- Make It FUN!
Posted by Super-Duper ToyBox at 11:29 AM