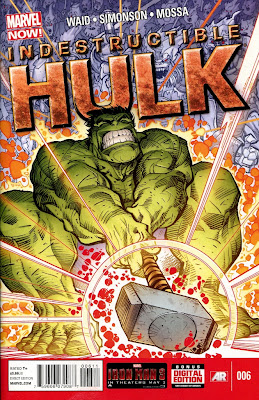 I've been enjoying several of the new Marvel NOW! titles lately, including Captain America, Superior Spider-Man, Thor: God of Thunder, FF, Fantastic Four, and Indestructible Hulk. Issue six was a fun change of pace, the celebrated Walt Simonson on pencils stepping in for Leinil Yu, an artist's work I'd been really enjoying. While I'm not completely familiar with all of Simonson's run on The Mighty Thor during the 80's, the artist did introduce us to Beta Ray Bill, one of a handful of Marvel characters worthy enough to lift Mjolnir, Thor's enchanted hammer. I think by looking at the cover of issue #6, we can see why the man is qualified to step onto the Indestructible Hulk creative team at this moment.

When Dr. Banner's S.H.I.E.L.D. sponsored science experiment with the same uru element that Thor's hammer was forged in results in the opening of a portal to Jotunheim, Thor detects the mortals of Midgard's arrival. 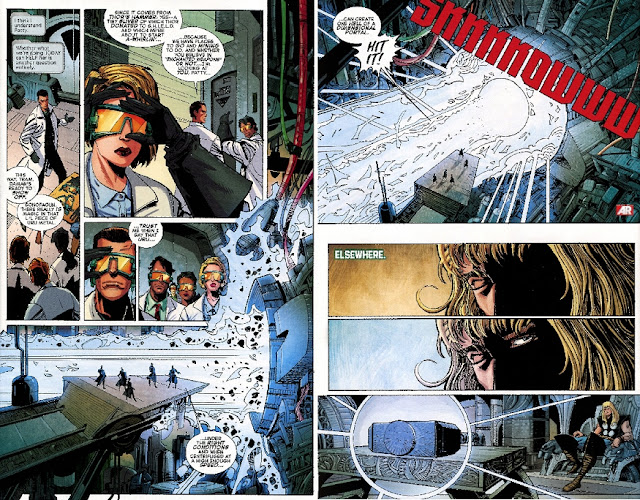 To Bruce Banner's confusion, it seems the Thunder God doesn't recognize the scientist, who warns them to be gone before the resident Frost Giants arrive to protect their domain. But the trespassers are too late to flee, as the Frost Giants are upon them, and the Thunder God must defend the seemingly helpless mortals. 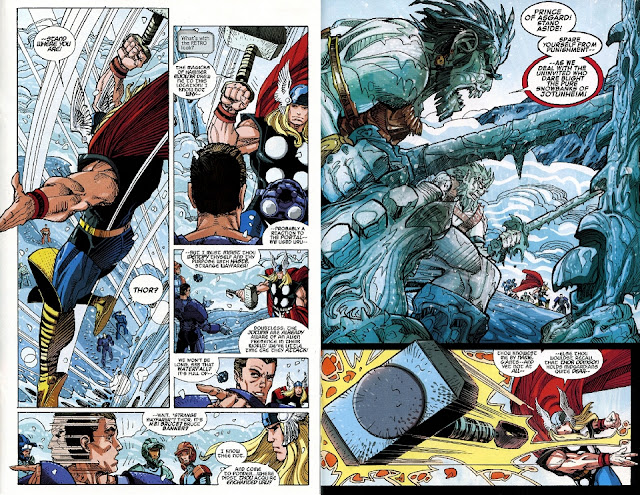 Hopelessly outnumbered, Thor is batted across the frozen tundra by one of the giant's clubs, losing Mjolnir in the snow. By now, Banner's transformation has turned him into the Indestructible Hulk, and he scrambles over the the Thunder God's hammer in the snow. I think you can guess what happened next, which I thought was really fun, leaving me eager to see what happens in issue #7. Well... I guess we know a lot of Frost Giants will find out if Hulk is truly worthy! 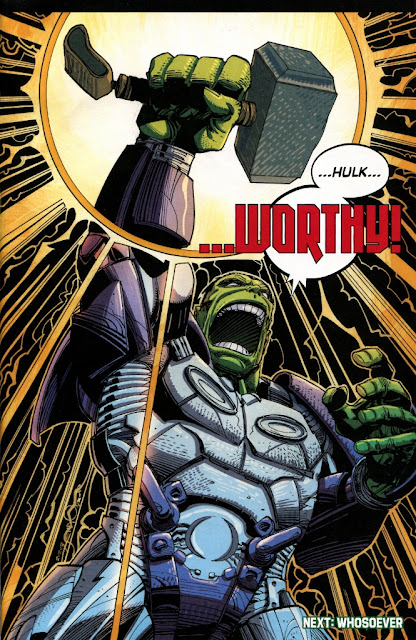 I enjoyed Banner's tenuous relationship with his unfortunate team, who foolishly signed onto the most dangerous job in the world, and the sci-fi centrifuging of uru to open a time/space portal in #6. The latter begs the question: in our rapidly expanding, 21st century technonlogy: would the  Large Hadron Collider been a more useful tool here with it's extra dimensions/string theory associations??  I don't know, but if the giant atom smasher in Geneva ever opens a portal to Jotunheim, I quit!  :D  This book has been really great, and while I will miss penciller Leinil Yu's work, Simonson's arrival on the title here was appropriate, and his catoony style combined with writer Mark Waid's far-fetched adventure remind me of another Marvel NOW! title I've really enjoyed, Captain America.
More Later- Make It FUN!
Posted by Super-Duper ToyBox at 10:51 PM