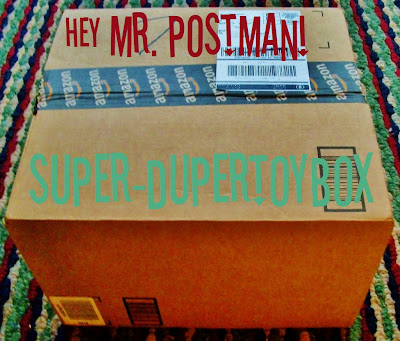 I know this is like the 4th or 5th time I received toys in the mail this month, but what can I say- I love toys  :D  This particular haul goes back to my once again renewed enthusiasm for Mattel's Brave & the Bold line, which morphed into the Stealth Strike line...which I may have just completed with this Amazon haul LOL! I made out okay though due to markdowns and free "Super-Saver Shipping". All of these have translucent parts, a feature I'm into- they're bizarrely variant in their coloring, but as I said before, I'm into that as well. 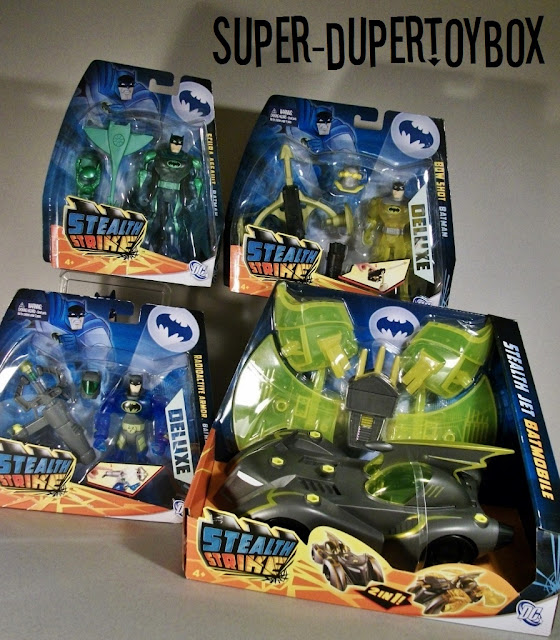 *Radioactive Armor & Bow Shot Batman
Though I had picked up the first few initial figures from the Stealth Strike line, I passed on these in retail initially. I'm glad I did because I paid significantly less, which is why I finally picked them up. Bow Shot Batman was only five bucks for instance, and while he's somewhat... yellow, he'll take great pics with the Stealth Jet Batmobile! 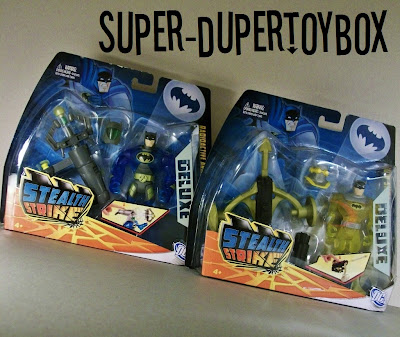 *Scuba Assault Batman
I know I just got the first Brave & The Bold Scuba Assault Batman, but this one is TRANSLUCENT AND METALLIC GREEN... and I like that  ;)  Again, he was discounted, and shipped free. I believe that makes about 20 variants I have of this B&TB Batman now, a testament to both my obsession with these, and the success of the toy   :D  I hated to see this line end, but was pleasantly surprised by the new 5" Justice League figures that showed up recently, even if the unique hex-slot accessory system was stripped from the line. 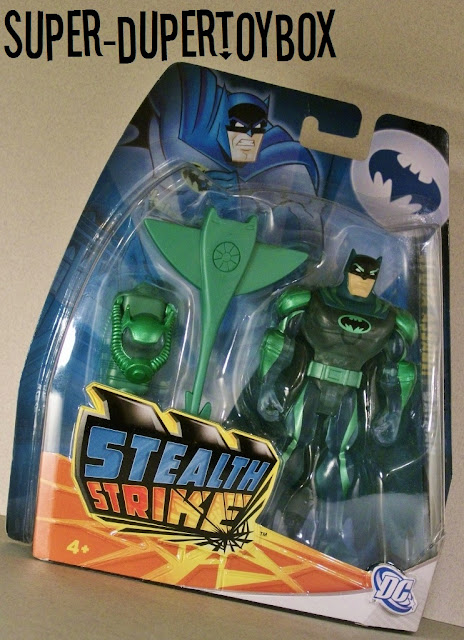 *Stealth Jet Batmobile
Yes, I have a Brave & The Bold Batmobile in black, but for fourteen bucks shipped, I picked up this bizarrely colored variant with the accessory hex-slots, translucent accessories, and working projectile. I scoffed at the initial retail price, but still admired it's unusual deco. The Batmobile collection grow yet again! 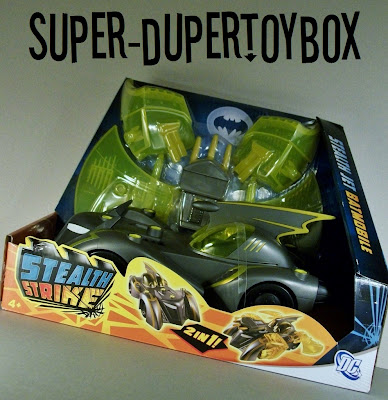 Posted by Super-Duper ToyBox at 10:14 PM

Email ThisBlogThis!Share to TwitterShare to FacebookShare to Pinterest
Labels: Batman: The Brave and The Bold, Hey Mr Postman, Mattel