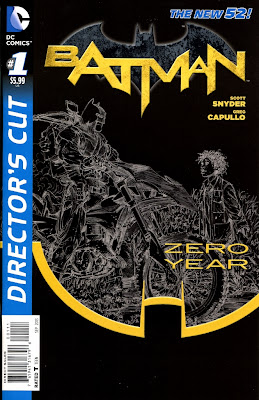 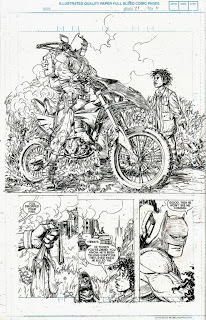 As I said in my last comics haul post, I've been reading a lot of Batman recently, brought on partly by the death of Damian Wayne in Batman Incorporated. I don't need a speech about cheap stunts from comic companies either- I'm an intelligent adult, and this isn't a post on the morality of the issue. For the last year I've been obsessed with several Marvel NOW! titles, but knew interesting things were happening in Gotham, and DC's marketing stunt made me look. The renewed interest in Batman was further invigorated by the new Batman: Black & White, Batman '66 , and Batman: Zero Year titles among others. I picked up the director's cut first issue of  the latter, the new storyline by author Scott Snyder & artist Greg Capullo, which reimagines the genesis of Batman's career in vigilantism for the New 52 universe. I was hooked by Capullo's excellent pencilling, the raw format accentuating the hero's rough & tumble beginnings. I've yet to read the duo's initial on the Court of Owls story, but I'll likely get the TPBs soon.

This was a really great story, in which the Dark Knight is taken into Arkham Asylum to test it's security, and has a run-in with the Anchoress! The issue's cover claims a tie to Zero Year, but I couldn't make the connection, this story referring to Damian's death in flashback. Regardless, this annual, narrated by a new orderly during his eventful first night at the asylum, is excellent and a must read. The artwork by penciller Wes Craig is finished off clean & tight by the inking & color team, wowing me with the highly effective splash page where an imposing Batman is taken into custody at the facility... 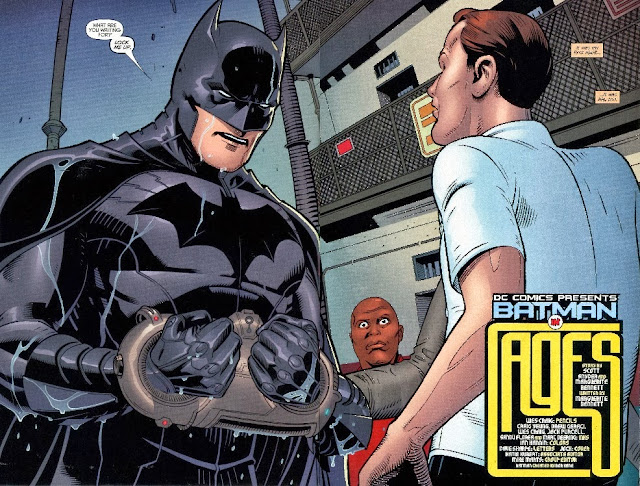 I most recently read this month's big, fat issue of Batman, continuing on with the Zero Year storyline. So big in fact, that it appears Snyder and Capullo needed help finishing up at the end, but it was still pretty great. Rafael Albuquerque had a tough act to follow, but the shift in action and tone during the hand-off help things out. I love Batman's new outfit in the issue, which Capullo graphically pays homage to the character's first appearance in the opening two-page splash. Capullo's fight scenes with the Red Hood gang have great flow- I'm a big fan now, and as I said, must read go back and read that Court of Owls stuff... 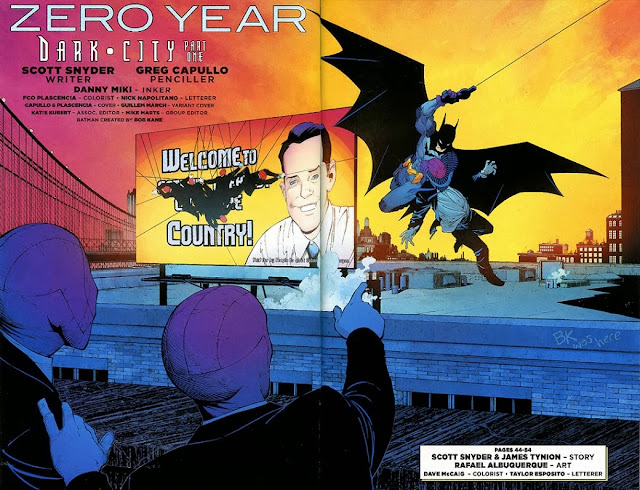 A great little issue where Damien dons the cowl while father is trotting the globe. It's light-hearted, funny, and a little sentimental, especially in hindsight of Robin's death in Batman Inc. #8 just a month later. Damien was a great character, nearly unrecognizable as the psycho-child we were introduced to by Grant Morrison years ago- this issue is a must read in my humble opinion. The art is great, pencilled by Ardian Syaf, finished expertly by inker Vicente Cifuentes and colorist John Kalisz- that great cover that hooked me is an Andy Kubert drawing however...


Batman & Red Robin #19
I bought all those requiem issues of Batman and Robin issues with each member of the Bat-Family dealing with a mourning Bruce Wayne, including this issue #19 with a foldout cover of Batman & Carrie Kelley as Robin! We do see Carrie in the familiar sidekick's outfit, but it's merely an homage to Frank Miller's Batman Returns (1986), her character retconned as Damien's drama coach looking for her suddenly absent pupil. Frankenstein's Monster goes under the knife against his will, and Red Robin shows up to stop his stark-raving mad mentor from dissecting the creature. Thrilling and emotional! 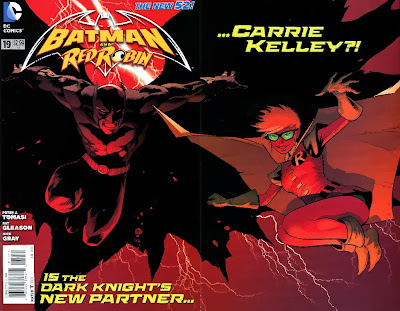 Batman Incorporated Special #1 and Batman Incorporated # 11
I continued picking up the remaining issues of Batman Inc. after Damien was killed- not like someone who can't look away from a car accident, but genuinely interested in some of the unique characters who form the international ring of Batman Inc., funded by Wayne Industries. El Gaucho from Argentina and the Batman of Japan are two of my favorites, the latter of which shares a harrowing adventure with sidekick Canary against Dr. Insideout in Batman Inc. Special #1...! 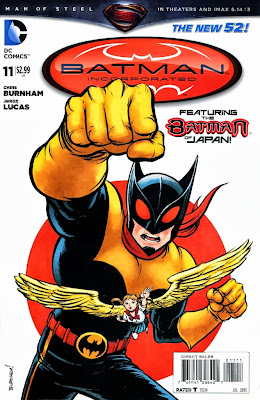 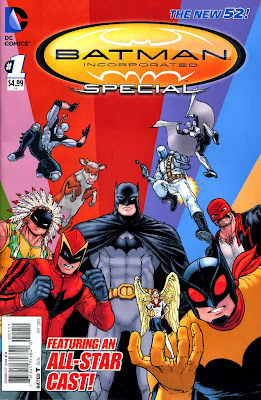 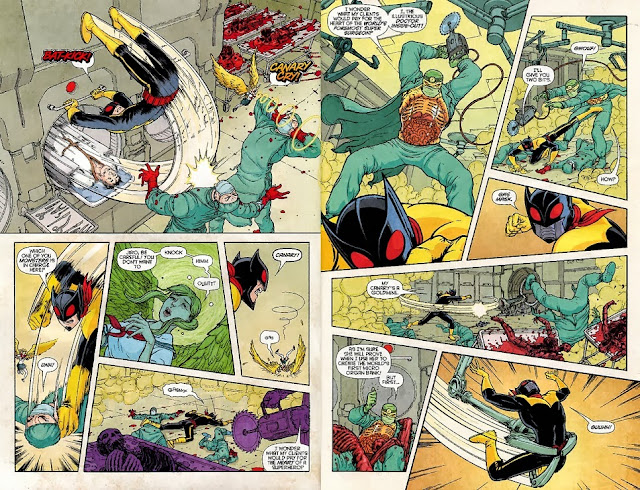 Batman: Black and White
The Dark Knight just seems to lend himself well to this neutral color scheme, the nature of his character noir and shadowy. I'm also a fan of tidy short stories told in a few pages. The art in these varies greatly in style, unity provided by the restricted palette, and all very enjoyable! 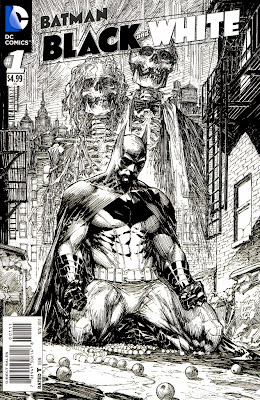 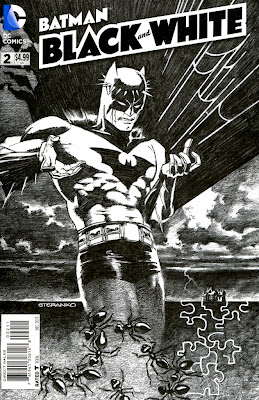 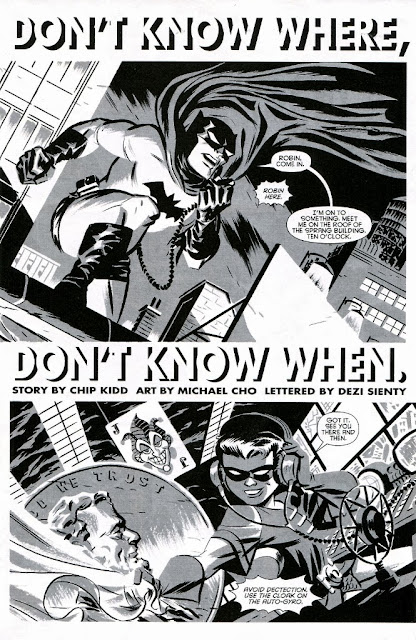 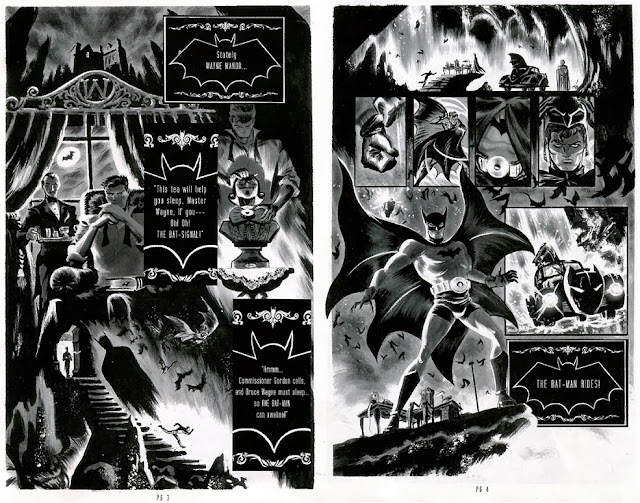