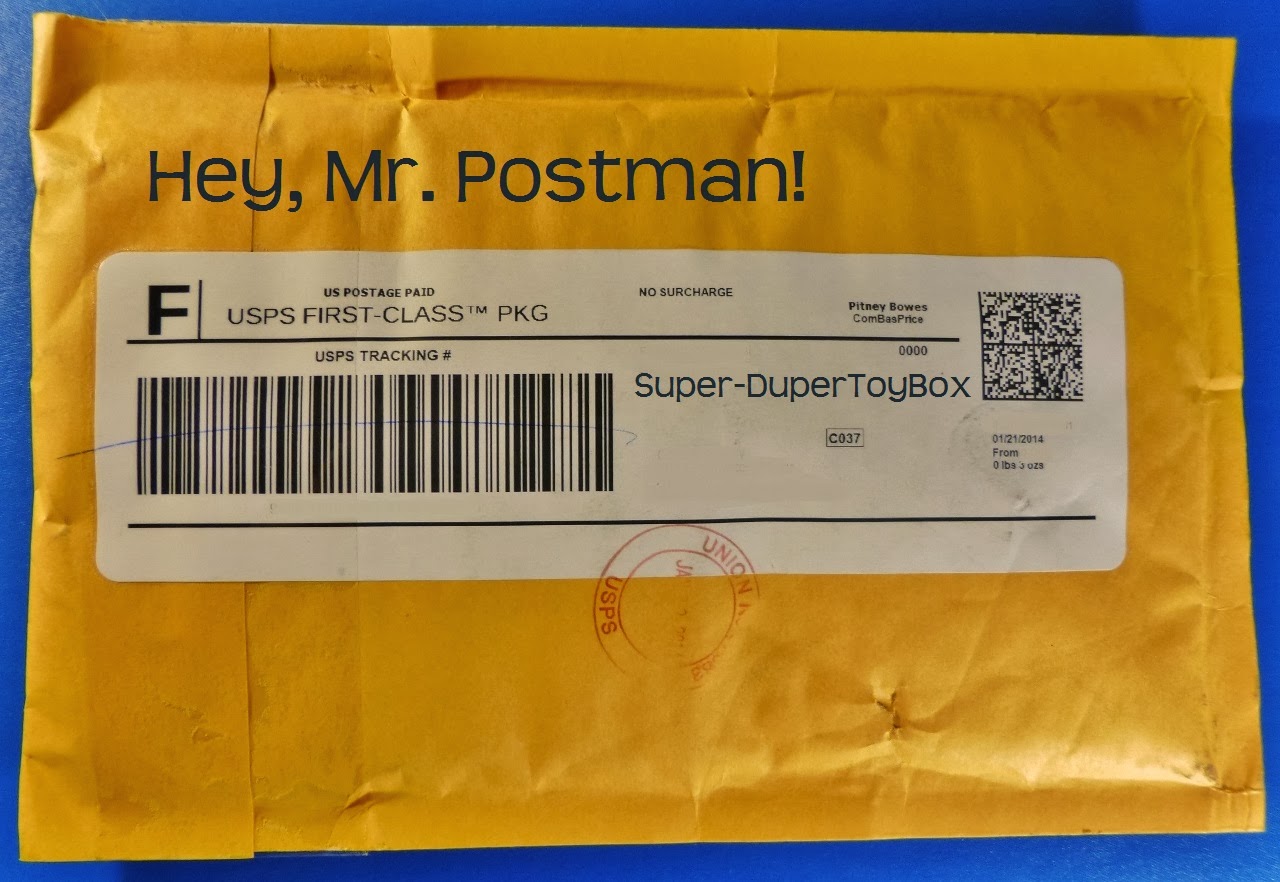 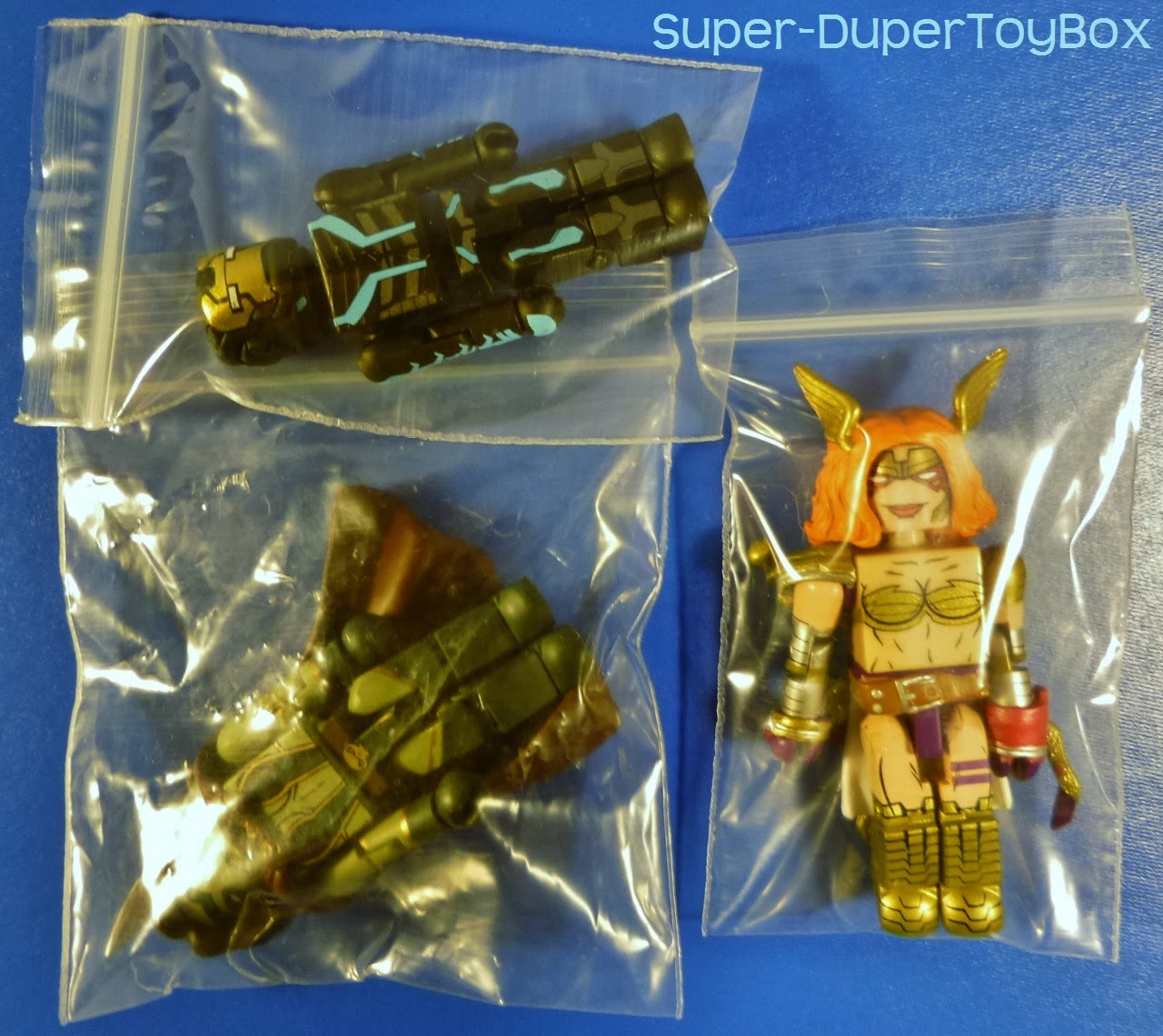 Sure, I've received MiniMates by mail before, and though I've pretty much stopped doing "Hey Mr. Postman" posts here on the Super-DuperToyBox, these are the first loose MiniMates I've bought. I've been eyeing Gamora online for awhile, her 2-pack partner modern Nova's desirability too high for me to tolerate the inflated second market price they fetch together. I really wanted her anyway. And while Angela and AU Iron Man came in a nice box set, I was most interested in these two, unfamiliar with the whole Age of Ultron saga that concluded recently. Iron Man and Guardians of the Galaxy have become favorite monthly Marvel NOW! titles I've enjoyed in the last year, the latter of which all three of these characters have appeared. 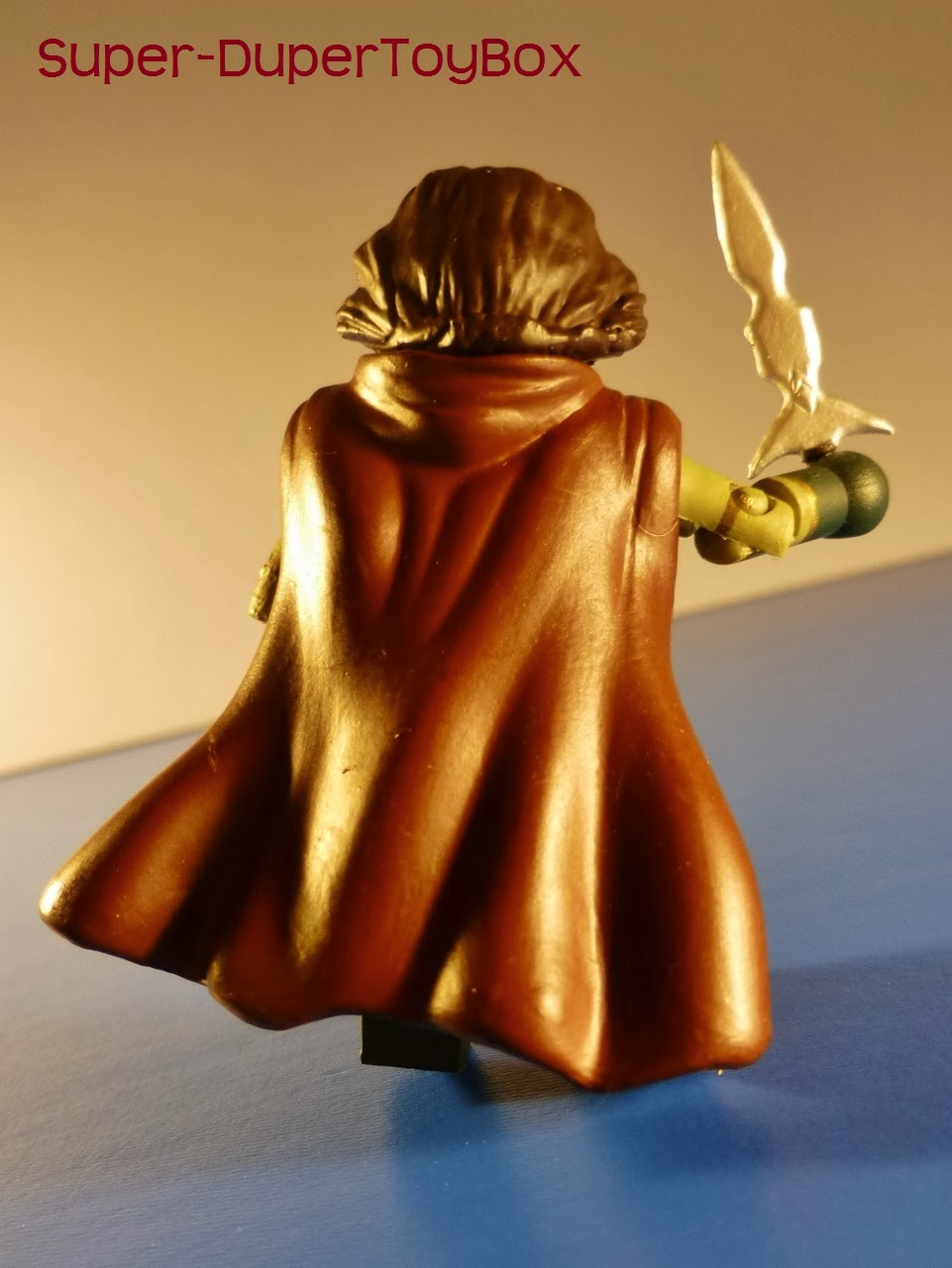 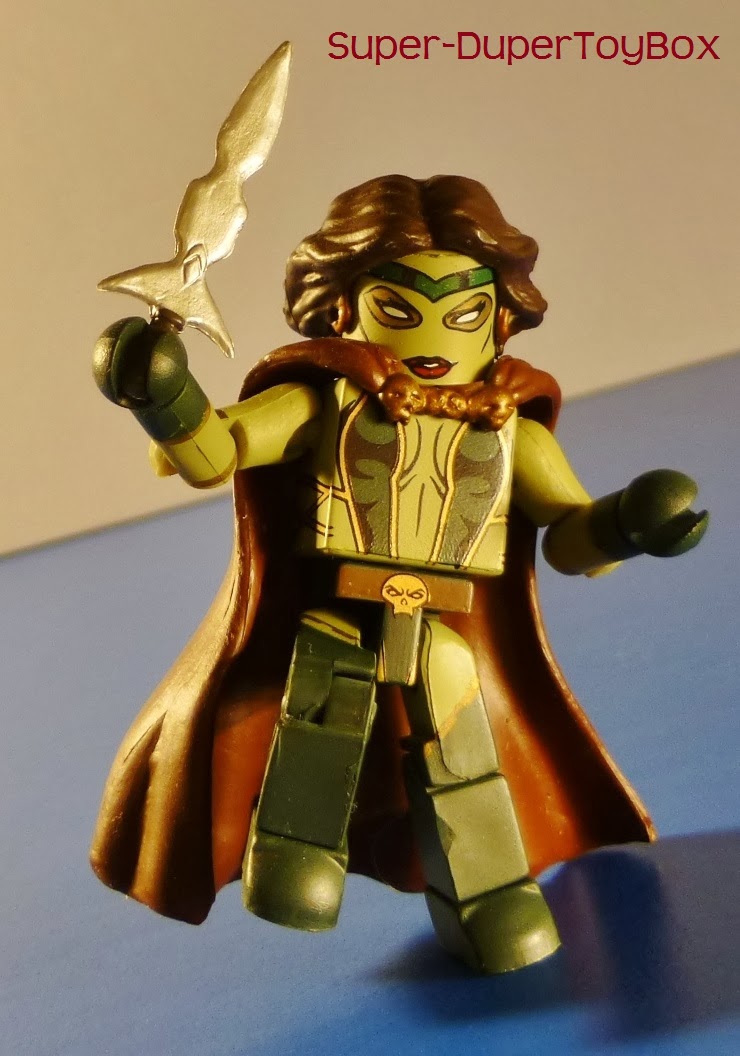 This appears to be the Annihilation Conquest Gamora, my most recent exposures to the Most Dangerous Woman in the Universe. Her risque dress was toned down with the Marvel NOW! relaunch of Guardians, perhaps due to the marketing the multitude of toys sure to follow the forthcoming feature film. I love girls in green for whatever reason, and Gamora has become a favorite, like Polaris and She-Hulk. The ear rings attached to the hair piece are sassy, and she has a great cape and sword! 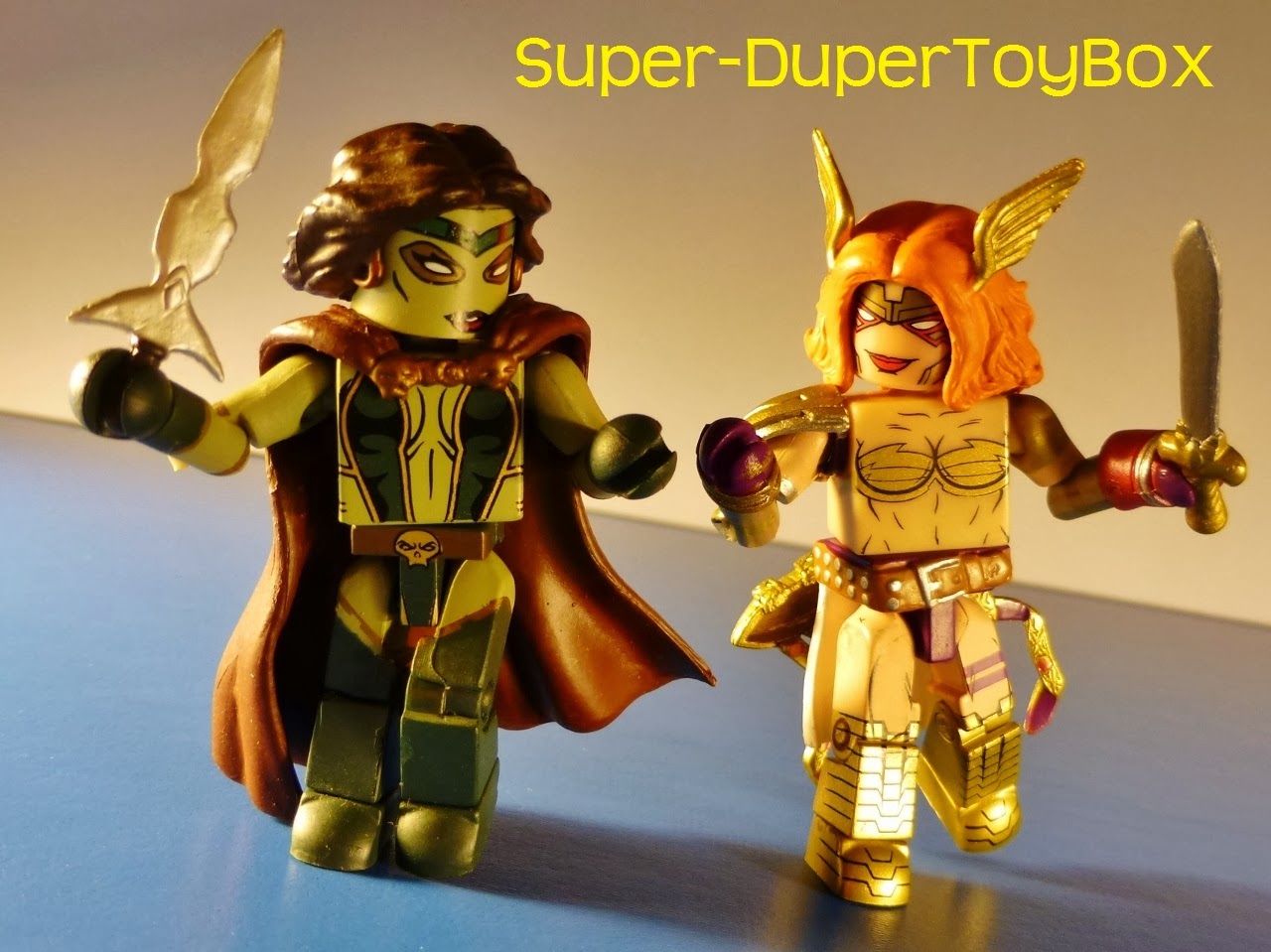 Angela has even more flash than her partner in cosmic battle, gold wings protruding from her orange locks and sculpted belt, tassels flowing from her rear sword sheath. Greatness!  Originally a Spawn character created by Neil Gaiman and Todd McFarlane, the warrior angel recently moved into the Guardians of the Galaxy after the Age of Ultron event, where I was introduced to her. She's rad! 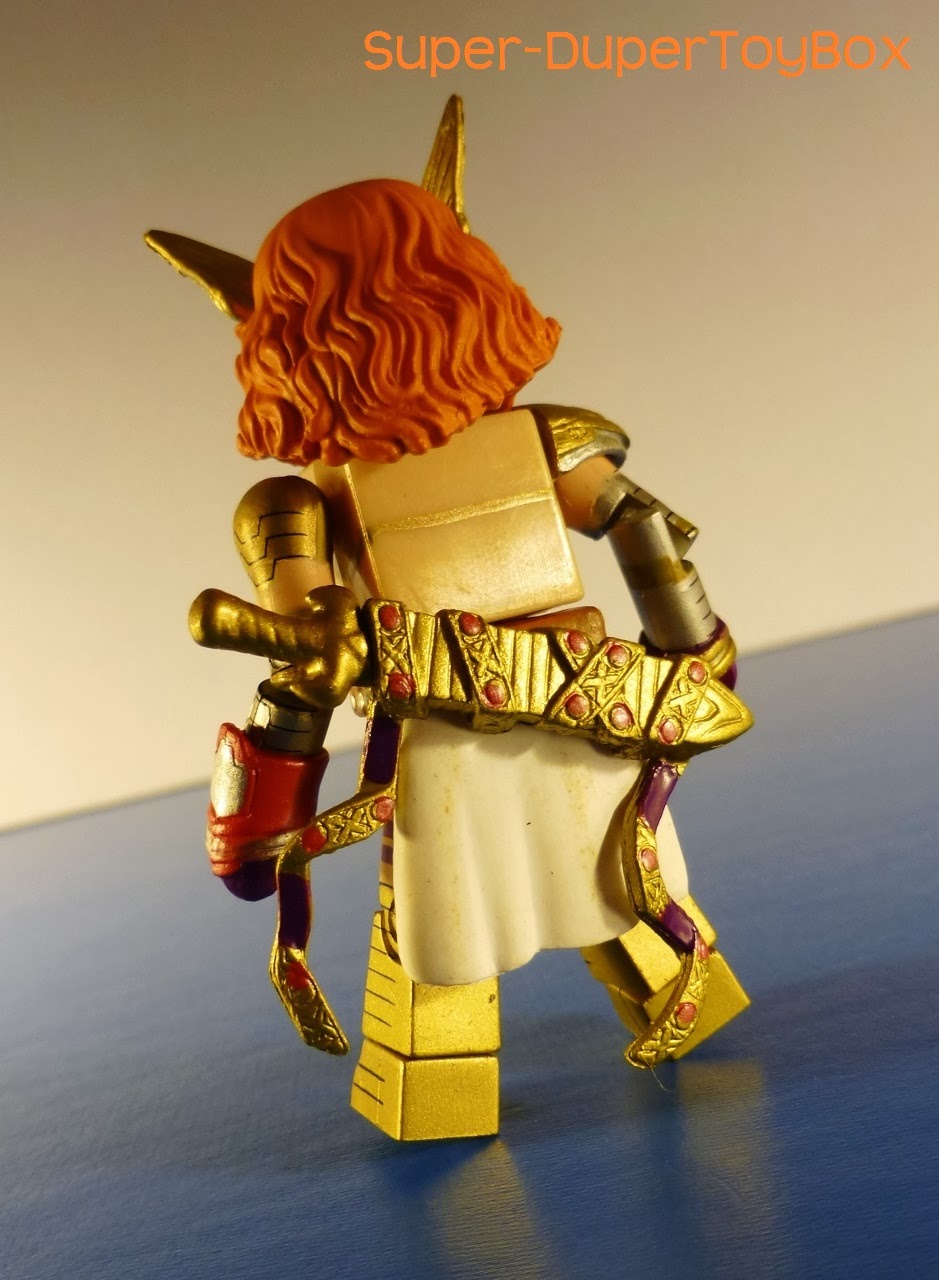 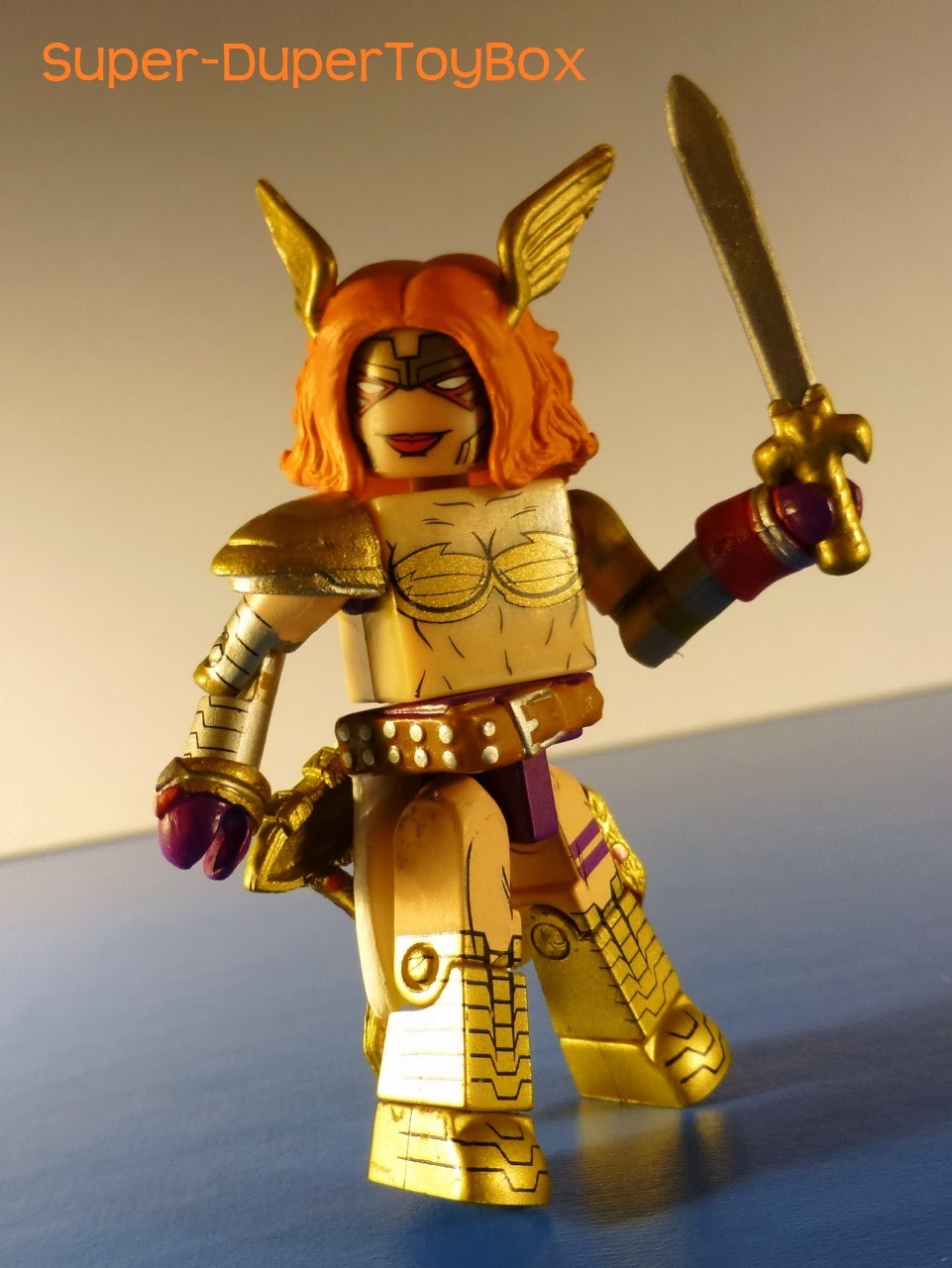 I have some lady MiniMates I really love, but these two sure make a great pair! 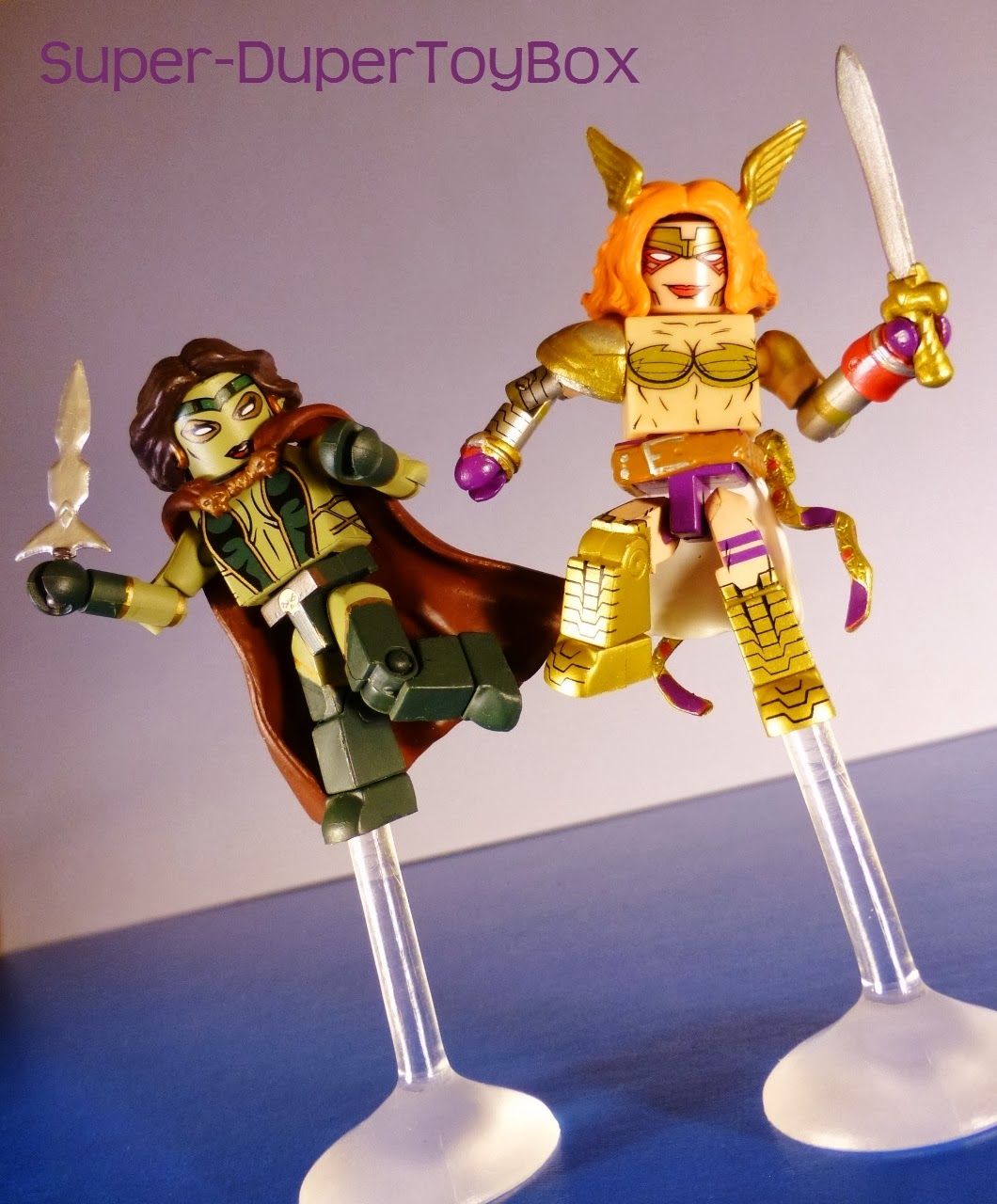 I picked up the Marvel Universe AU Iron Man last fall, who seems to have become the peg warmer of that wave, but he's a character I can't seem to collect enough action figures of. He just lends himself easily to a wide array of variants, being an armored hero. 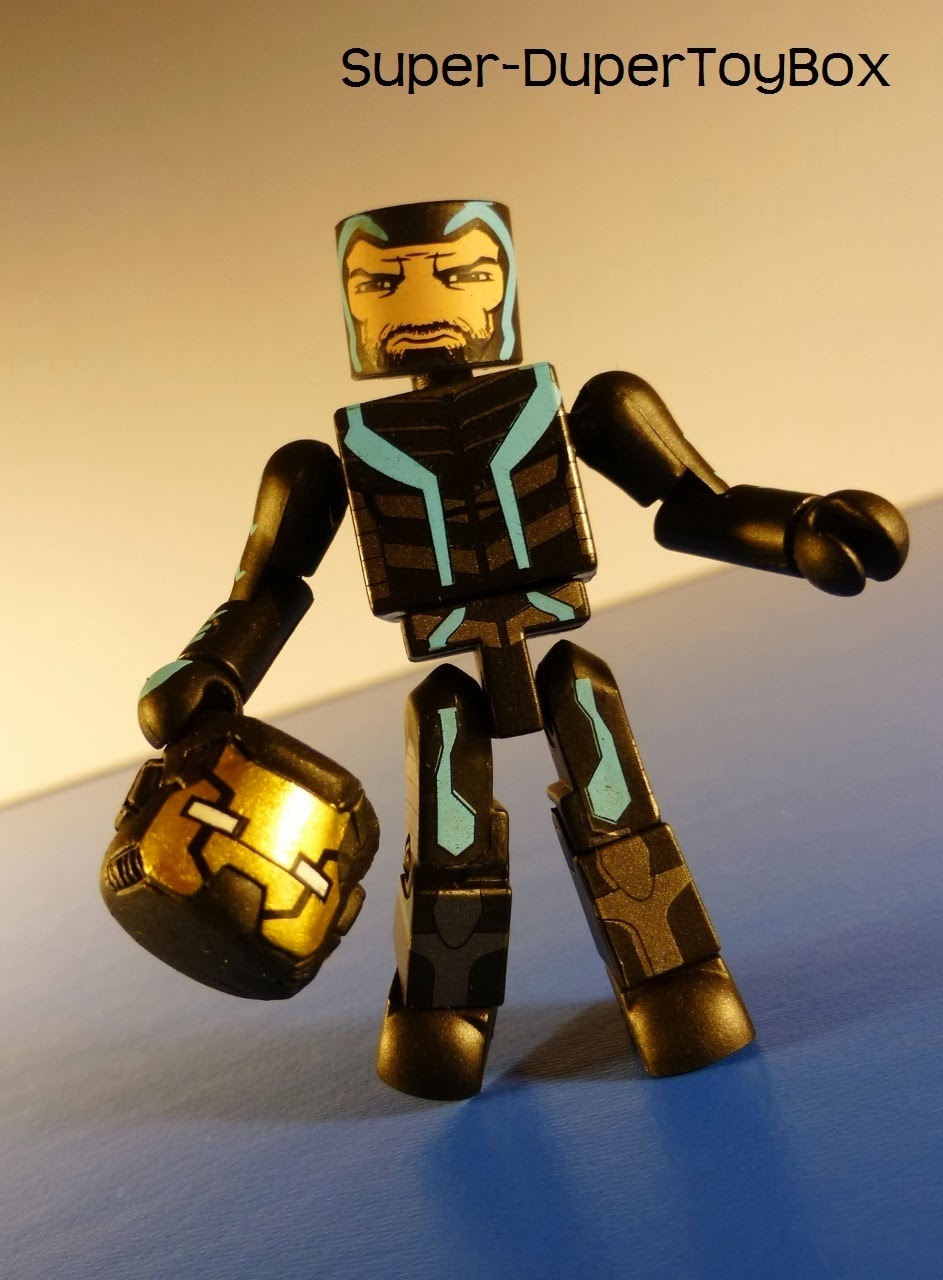 The pegs have been saturated with Iron Man figures for years, but this version is special for his unusual color scheme. He's surely not everyone's cup of tea, but I'm somewhat fascinated by him. He's got a stock MM buck, but the dark, metallic silver on his body gives him dimension, and the odd choice of gold face mask is unexpected. I'm not surprised I like the light blue on black, being such a fan of the third Blue Beetle. 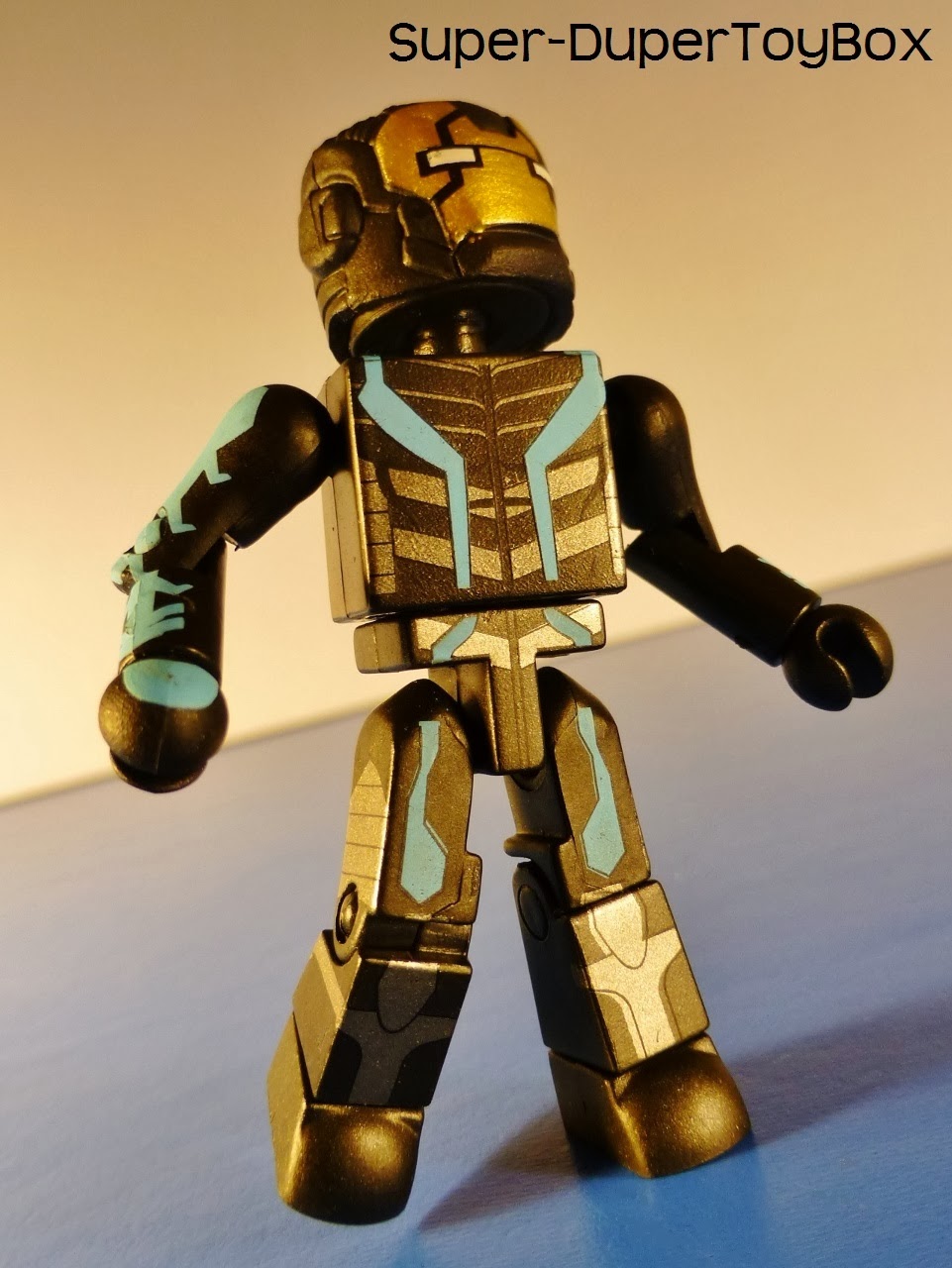 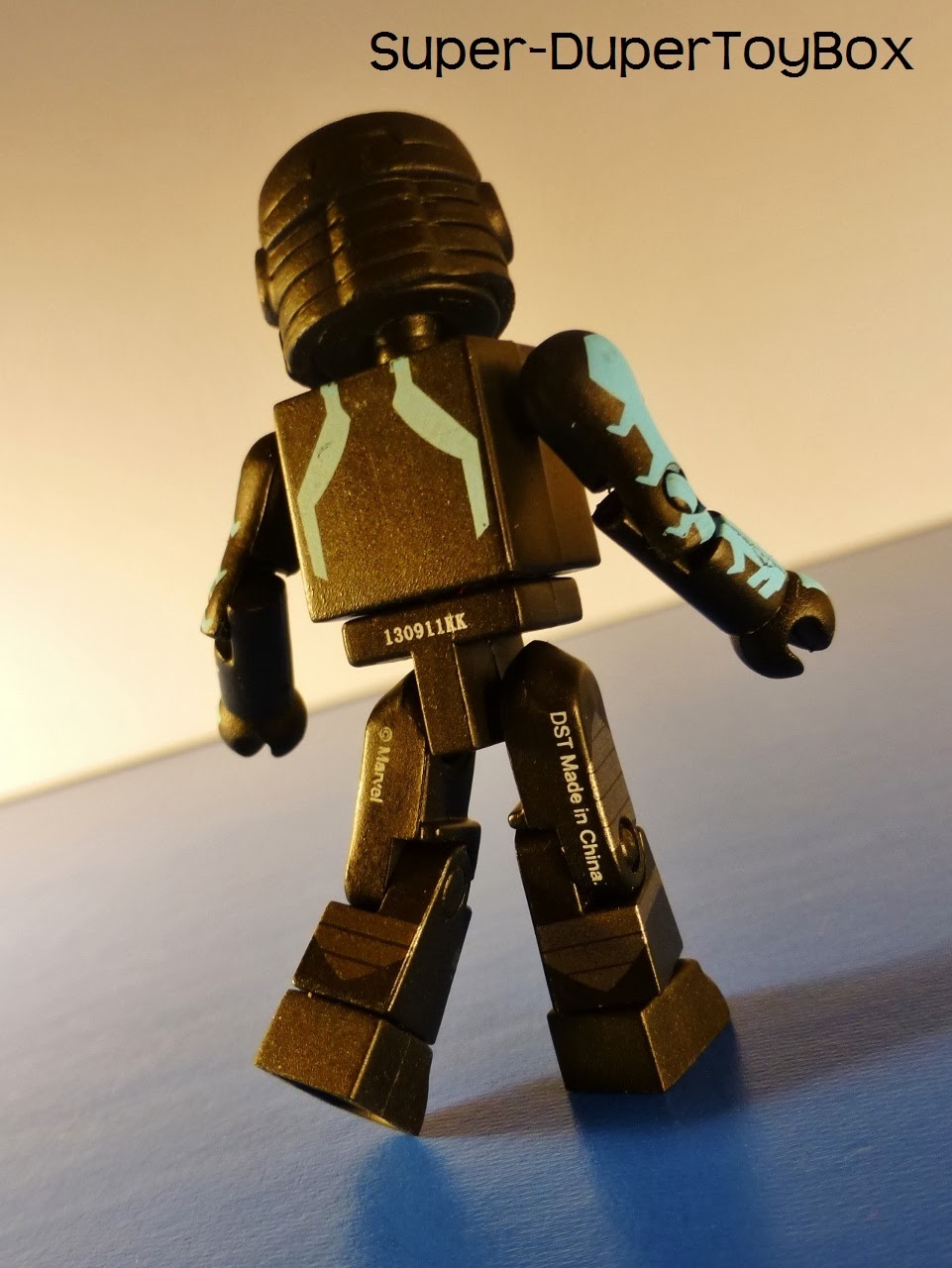 AU Iron Man didn't come with a base, but I thought this blue one looked cool, don't you? 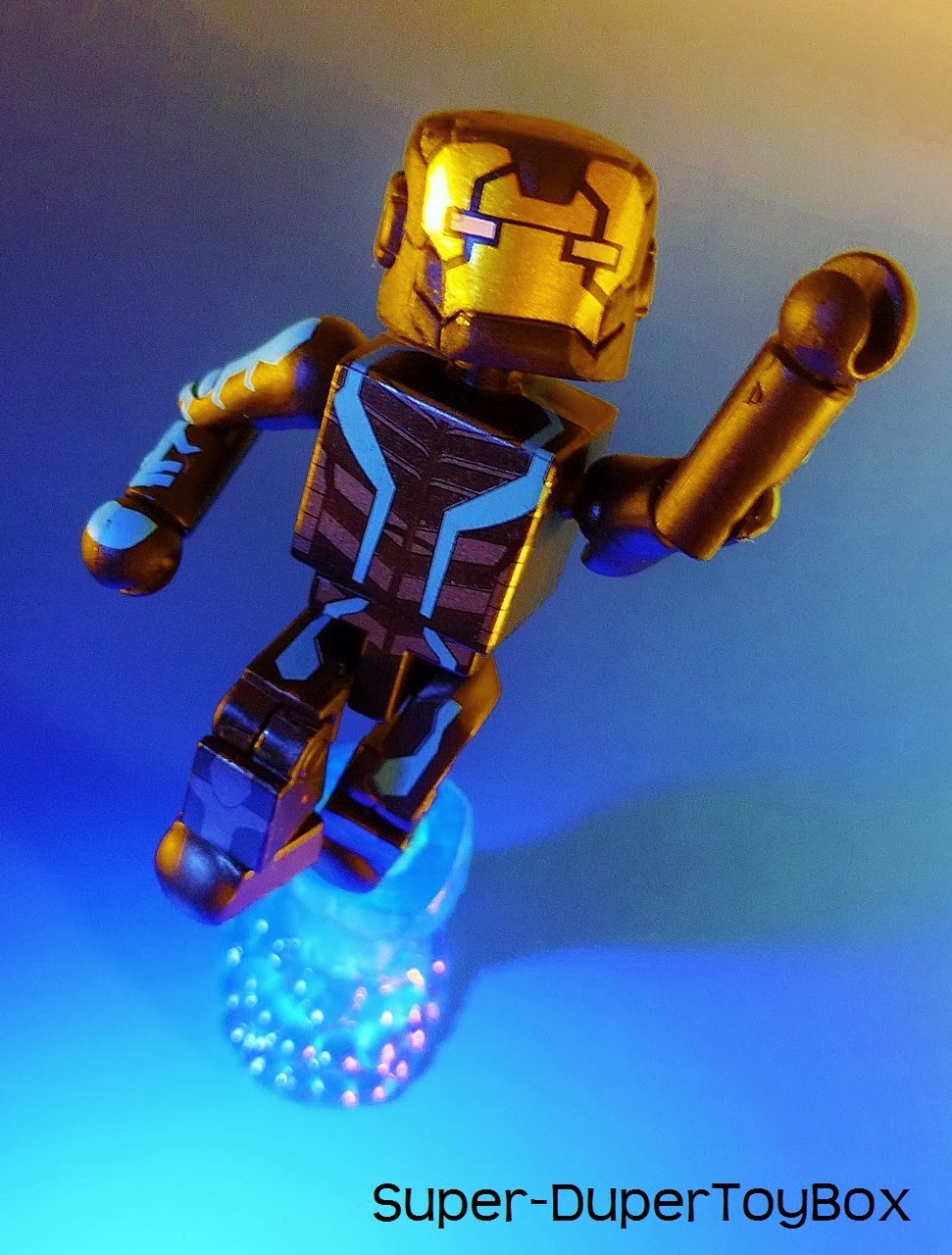 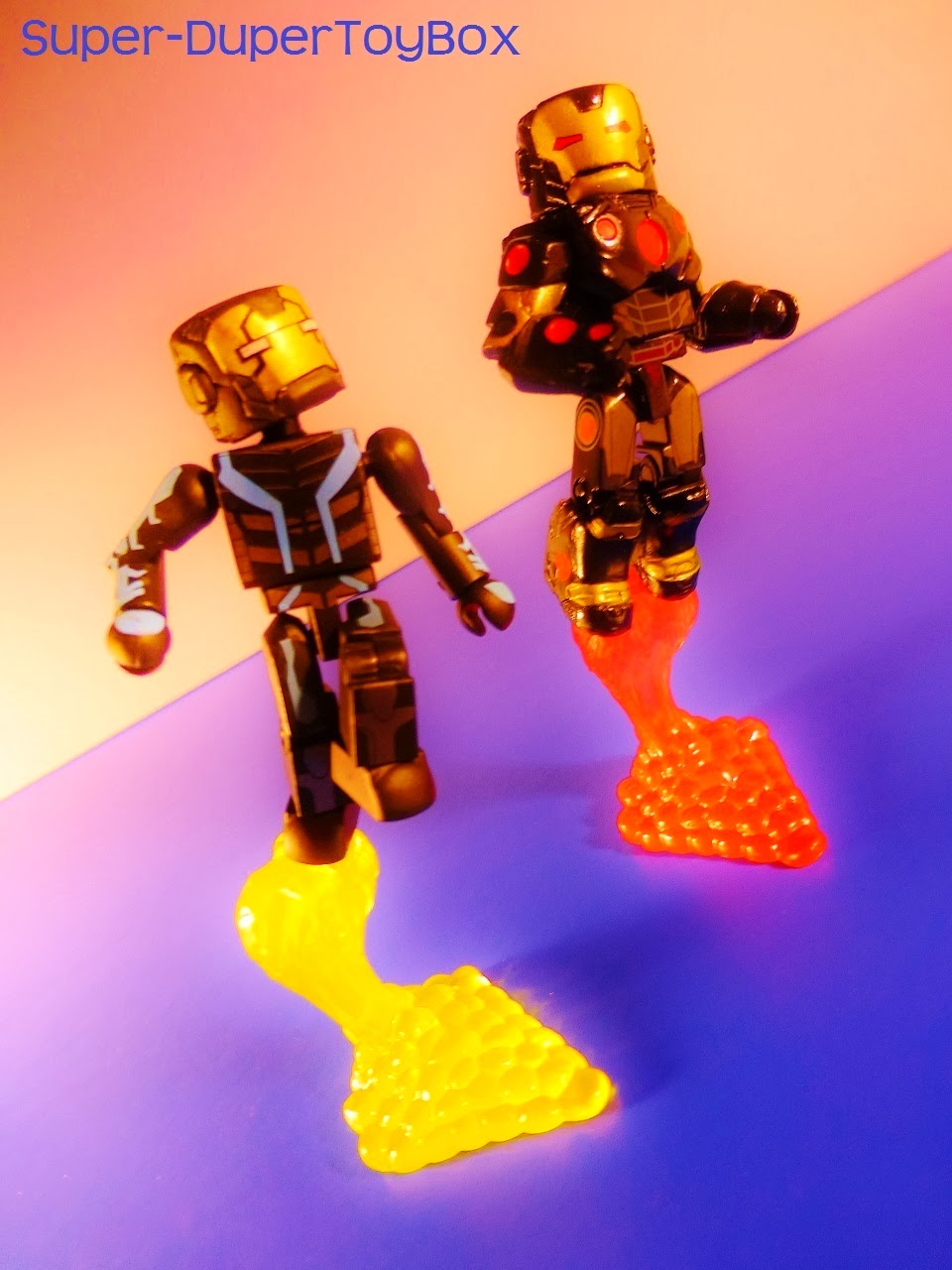