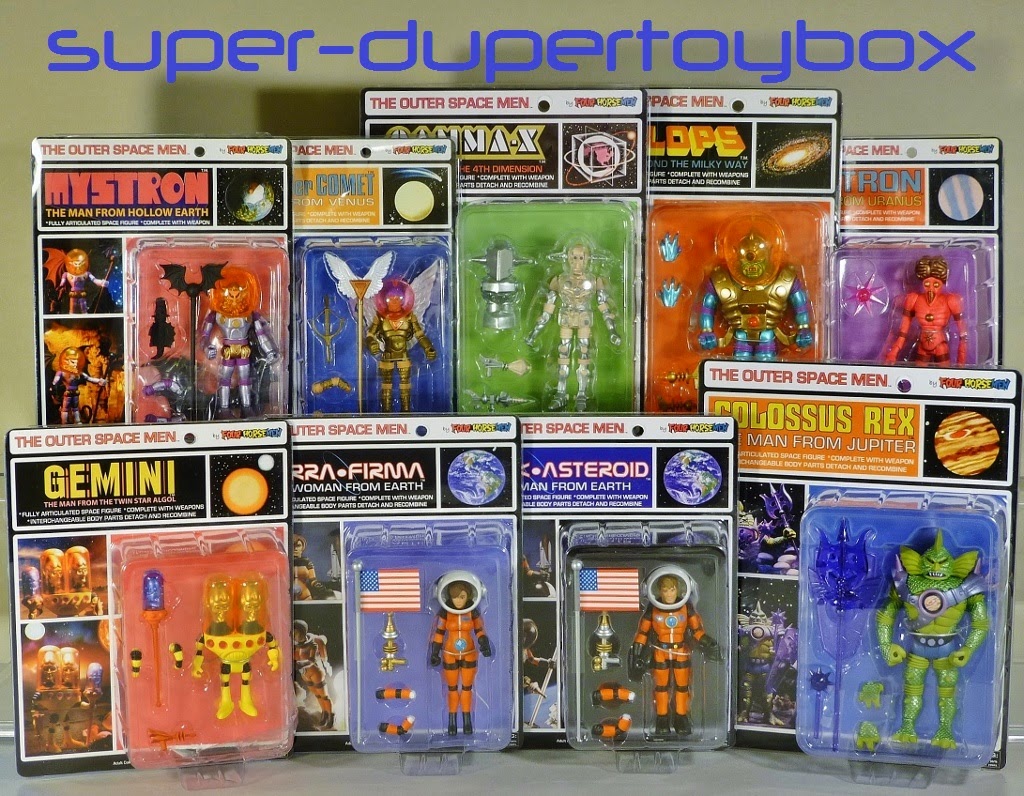 I'd never purchased any Four Horsemen toys up to this point, aside from their famous DC Universe Classics released by Mattel, of which I own many. DCUCs had a consistency throughout the line, even if resulting in sameness, that was admirable, and I consider them a hallmark in action figure production. That said, I was curious about the Four Horsemen's work outside toy giant Mattel's corporate bubble, and got most of these in a "dinged and dented" sale at their website. I love any action figure with retro appeal, currently trending in action figure styling, and the Four Horsemen re-creation of the Outer Space Men action figures from the 60's. Updated with the interchangeable parts using the Glyos system, imaginative toy designer Mel Birnkrant reinvigorated the forgotten toy line with the ignition and manpower of the Horsemen. I'm happy to report the results were delightful...

Commander Comet and Mystron
This Angel/Devil pairing caught my attention first a couple years ago- I'm unsure that combining sci-fi with religious archetypes in toy form is an original brainchild of Mr. Birnkrant, but these are very appealing to me. I love winged characters! The helmets don't snap onto the figure's armor, but sit nicely enough when posed. Mystron's devilish tail was a nice addition to the original Colorforms product, and the accessories on these two are plentiful. 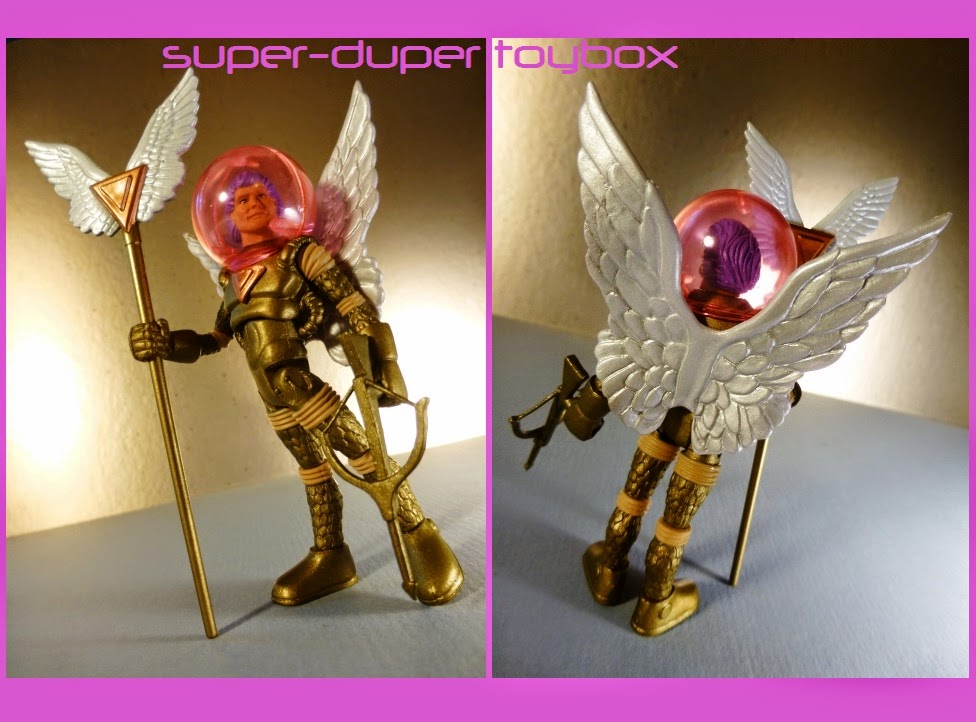 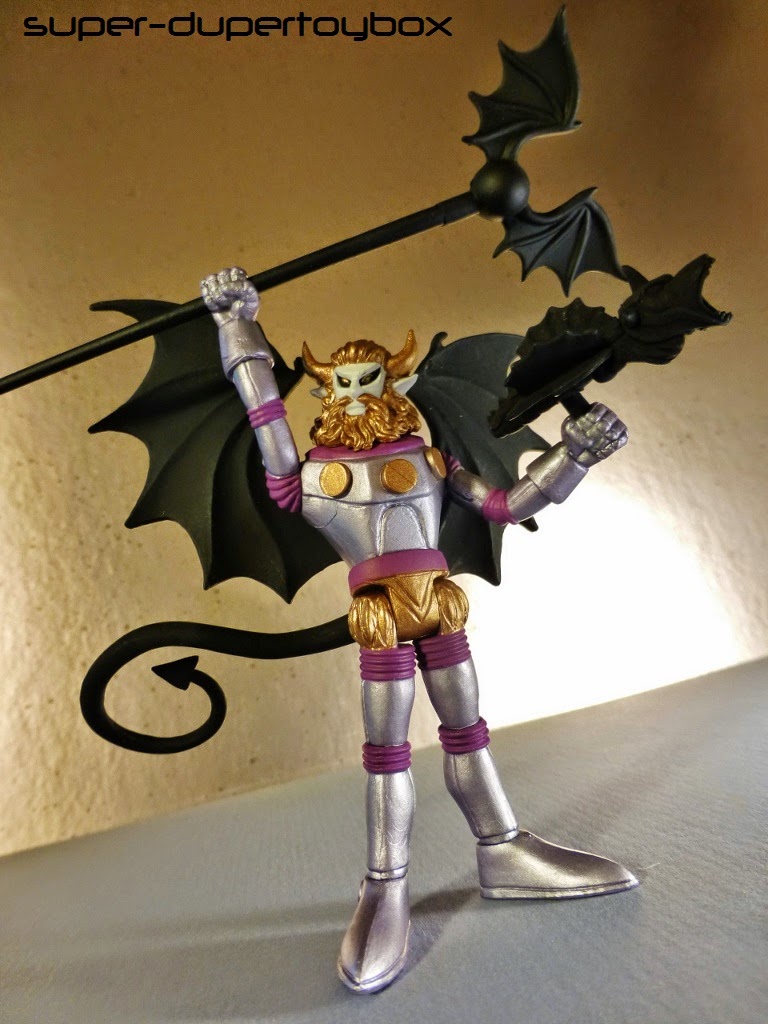 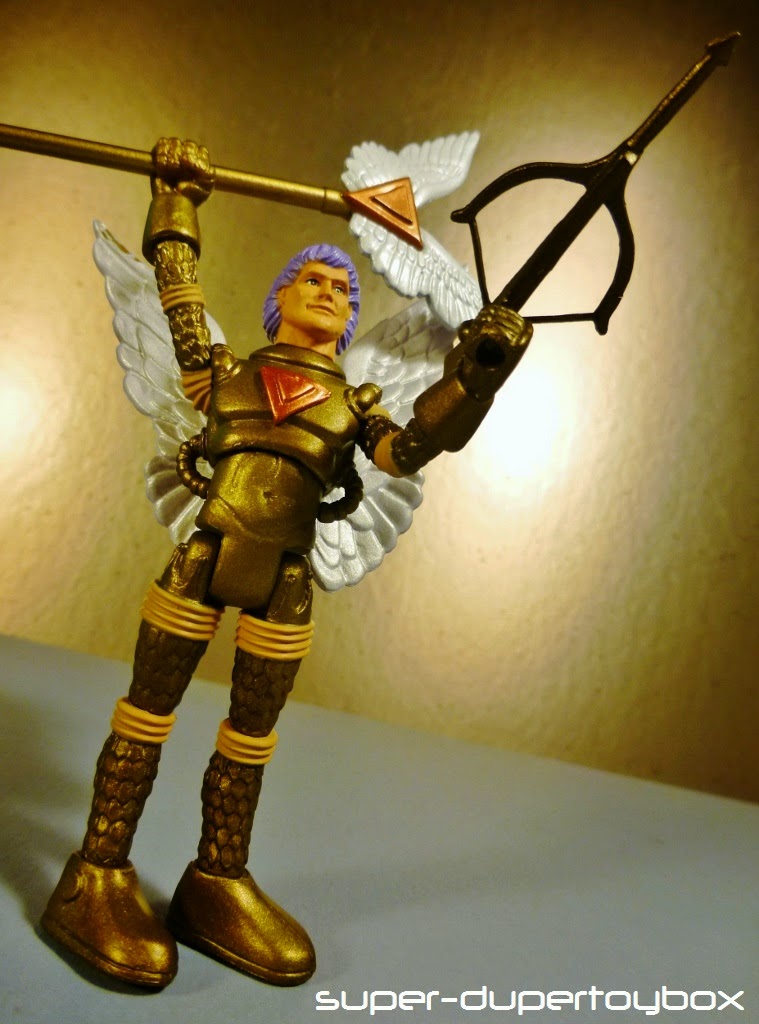 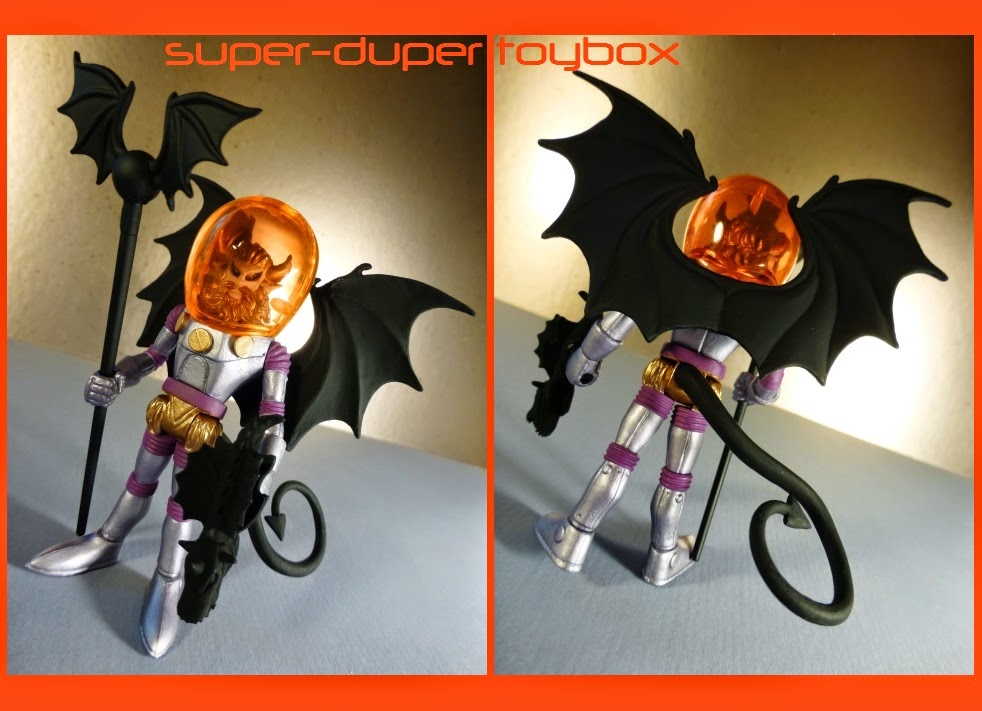 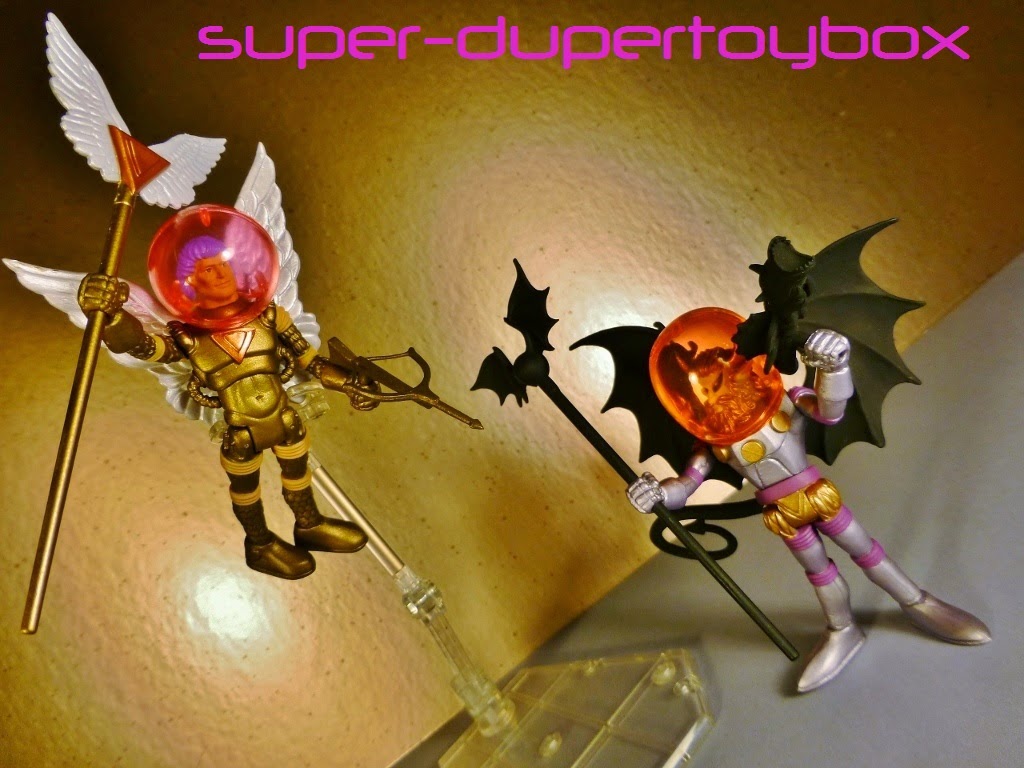 Gamma-X
As much as wings on an action figure, clear or translucent action figures and accessories interest me. Gamma-X wears a clear torso and head armor that can be removed to expose his angular, robotic features. I also like all the metallic paint apps on these Outer Space Men, many in bright, fun colors any toy fan would enjoy. I can see a distant influence of Fritz Lang's Metropolis, and influence on George Lucas' Star Wars here... 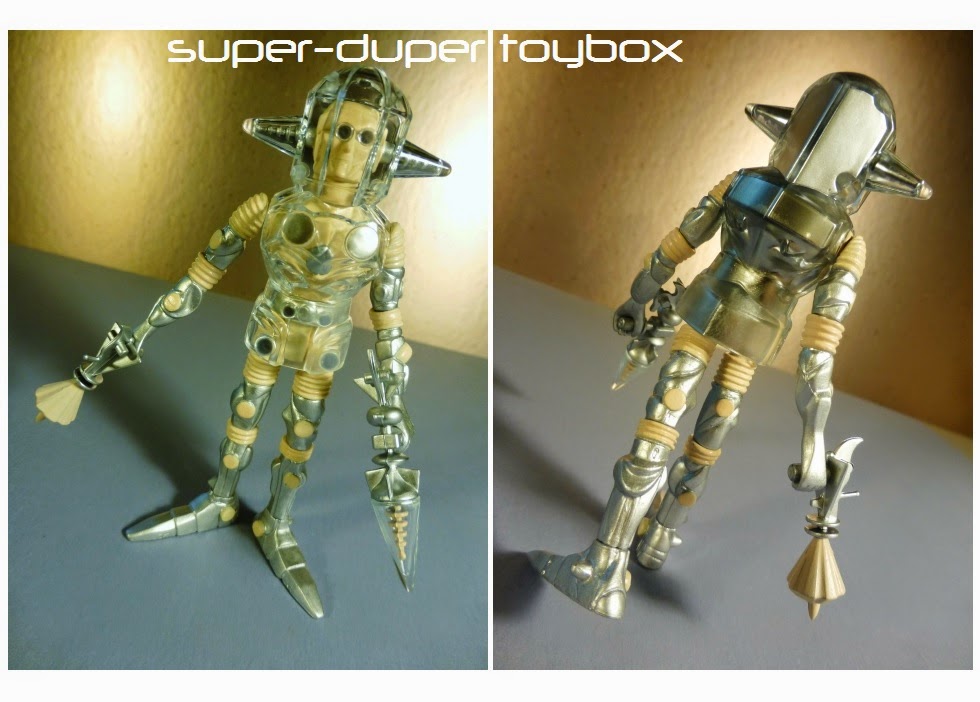 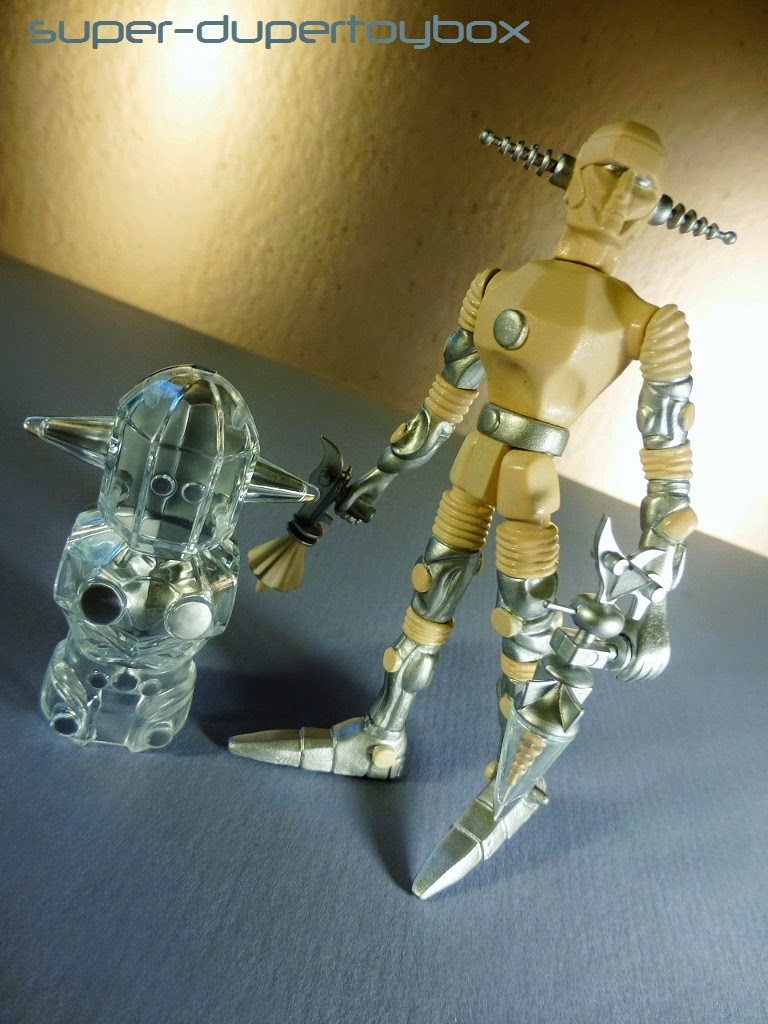 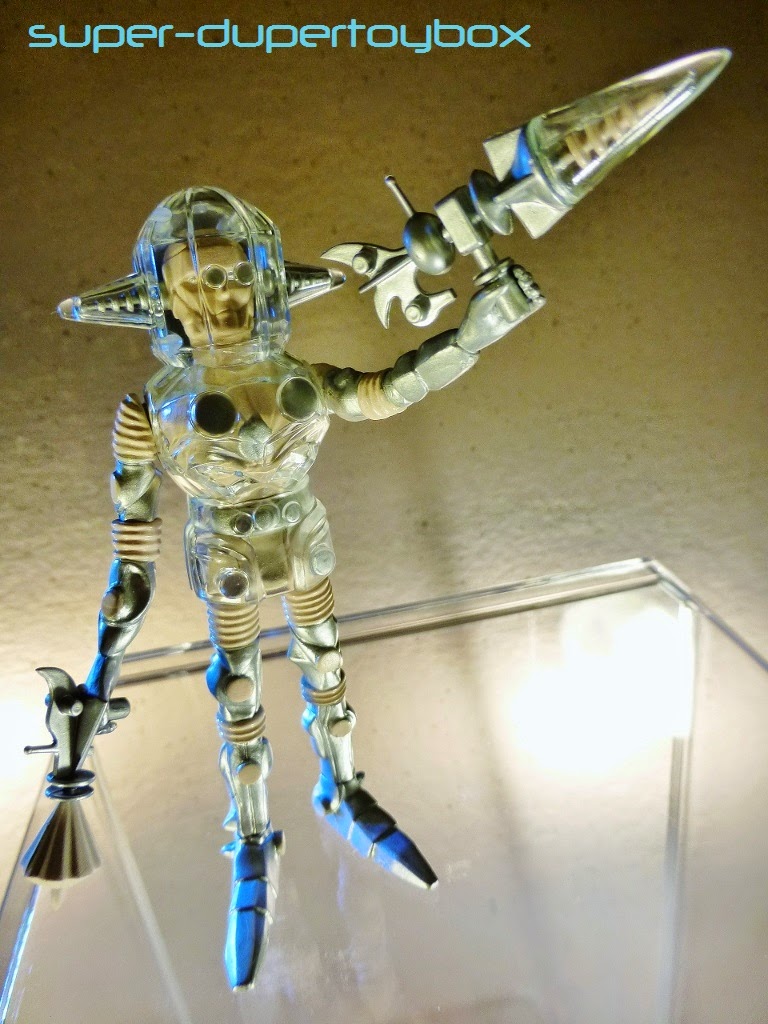 Terra Firma and Jack Asteroid
If some of the names of these characters seem to have a comfortably cliche feel to them, there's also a smart sense of humor, most evident in these two space-age retro astronauts. With Gylos joints in the neck, shoulders, elbows, rib cage, knees, boot and glove tops, these Outer Space Men have more posing ability than the average 5-point retro figures we've seen lately. The helmet visors and snazzy jetpacks make Terra and Jack really shine, and the American flags are a nice touch. All this along with the orange flight suits made me think of 2001: A Space Odyssey! I very much admire this line by The Four Horsemen and Mel Birnkrant... 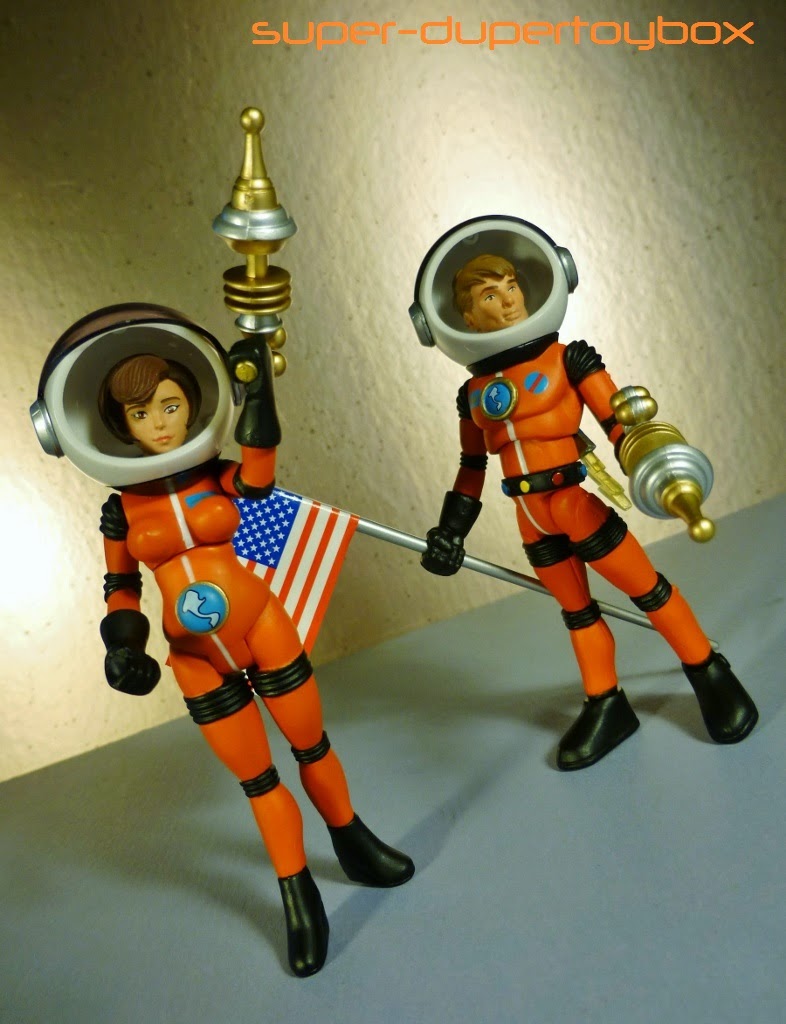 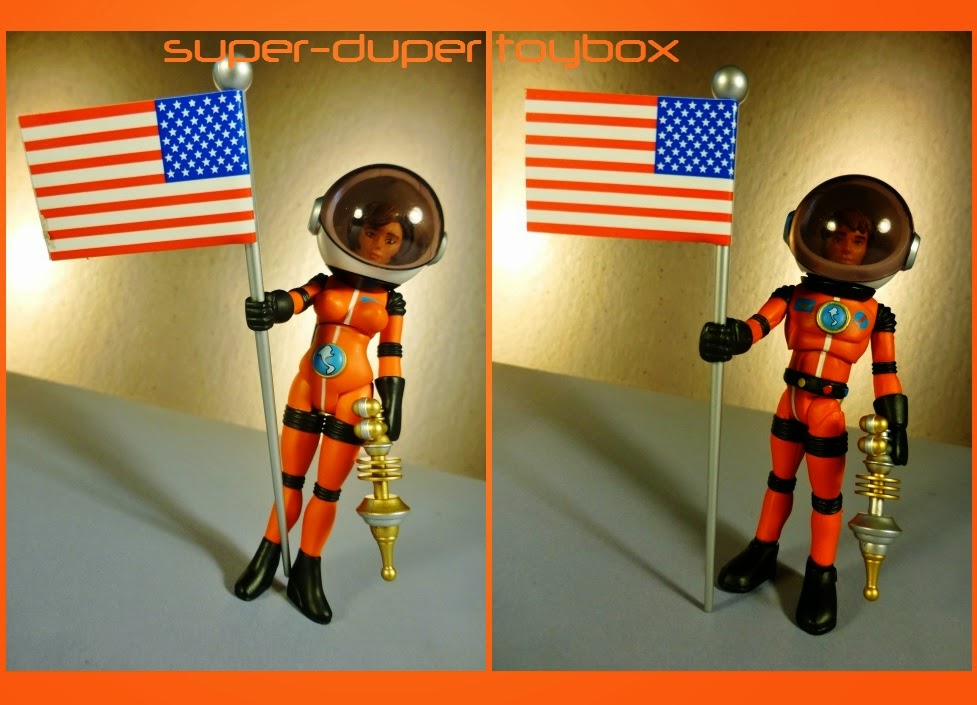 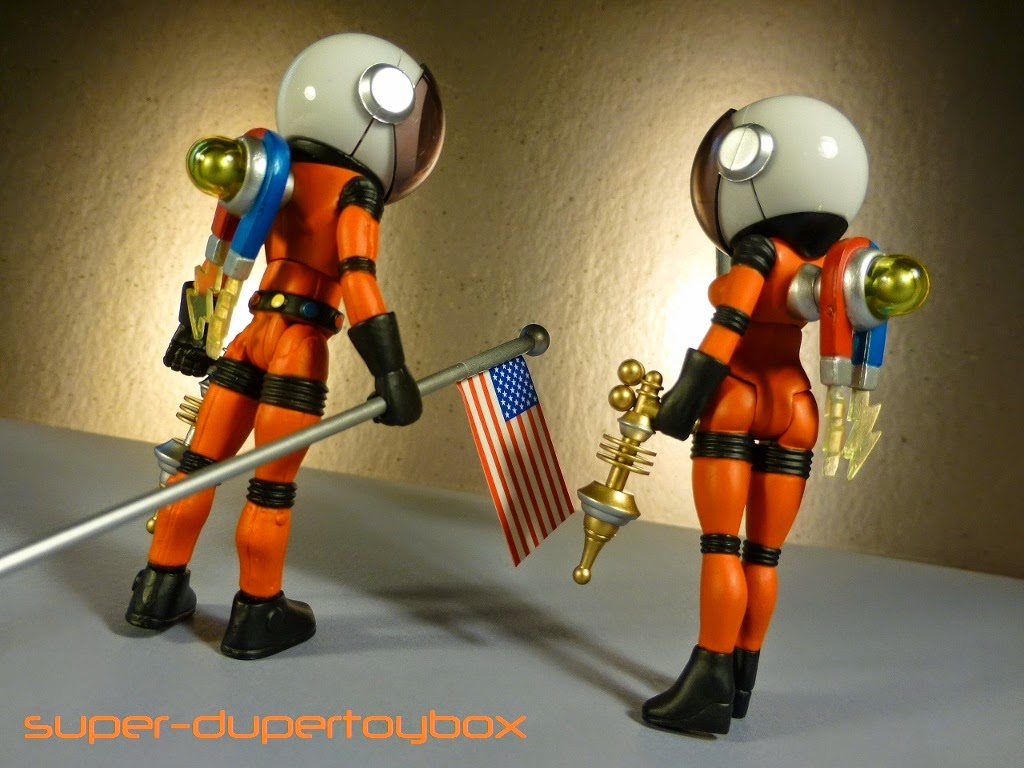 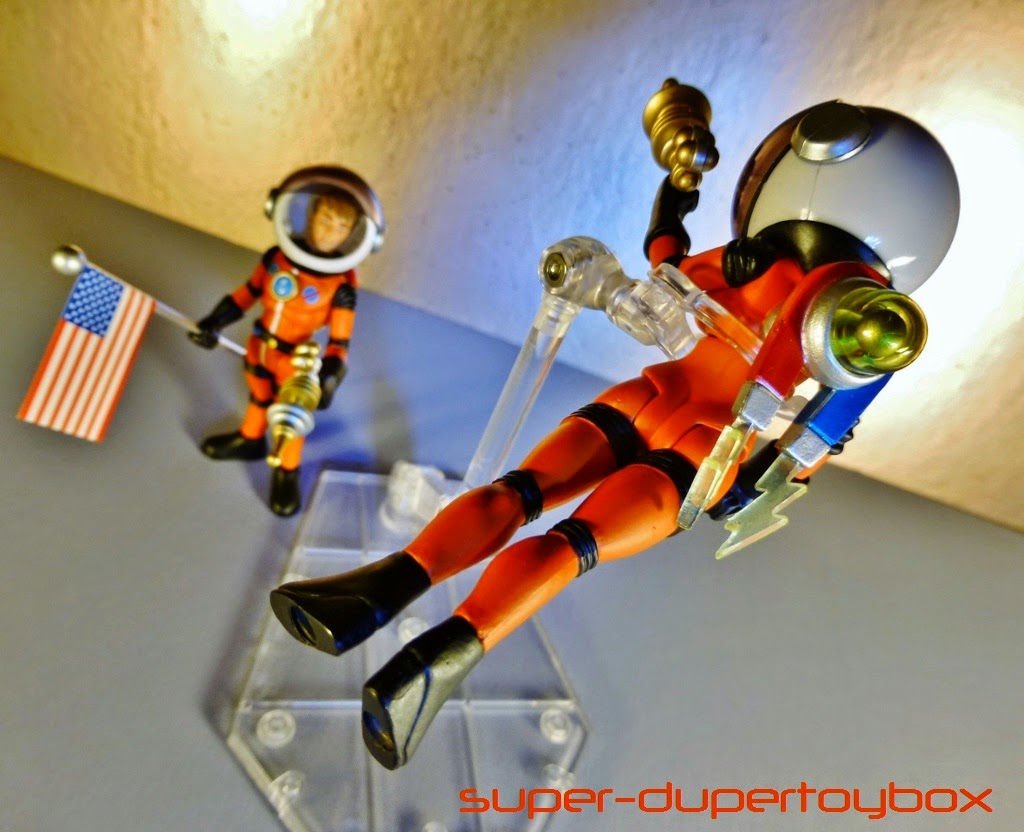 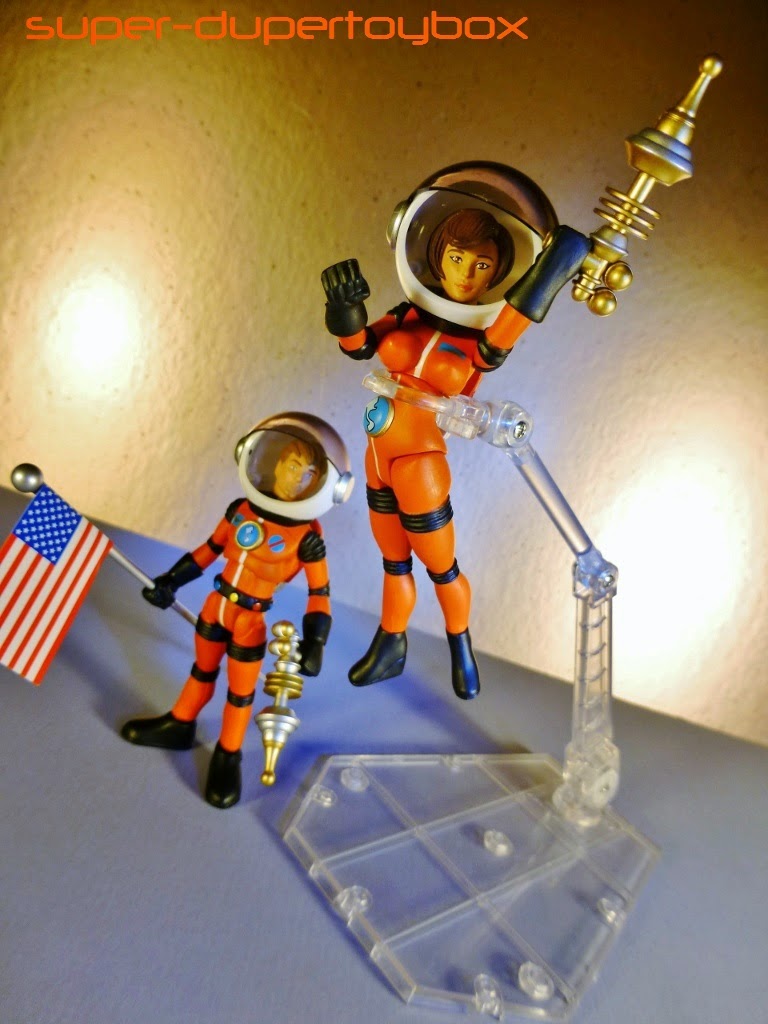 Stay Tuned for the sequel to THE OUTER SPACE MEN...!
Posted by Super-Duper ToyBox at 8:56 PM