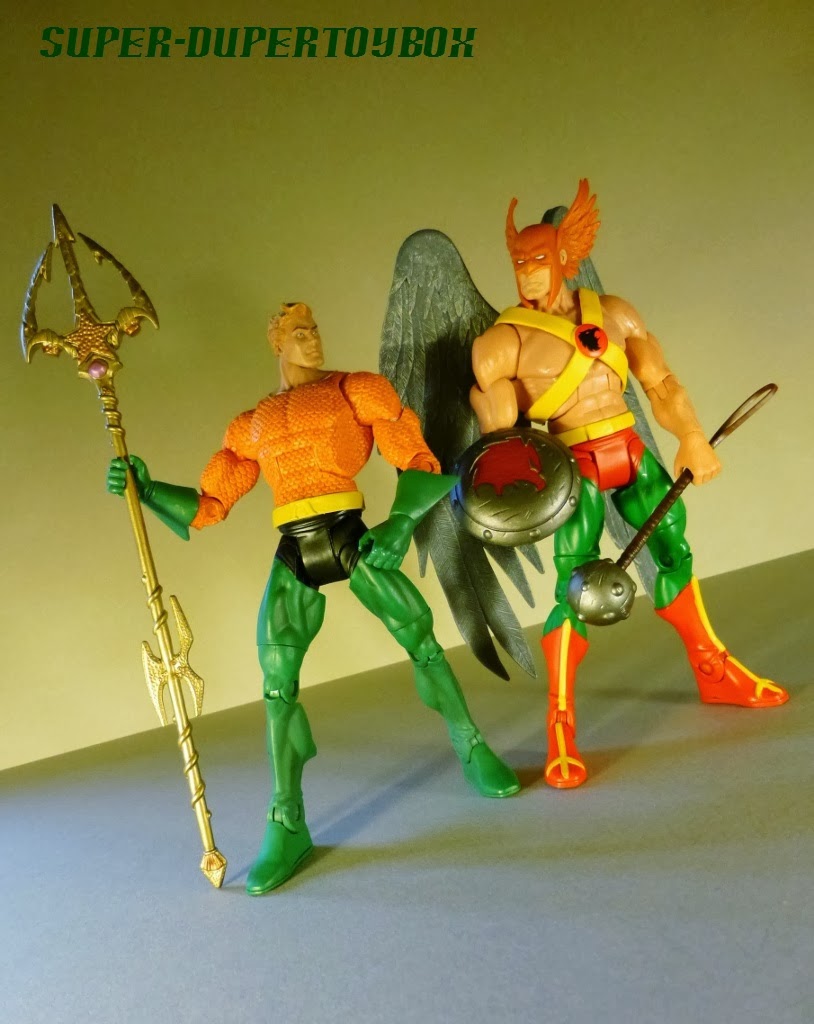 I picked up this Aquaman & Hawkman loose in a DCUC haul back in Sept. 2011, late into collecting the celebrated 6" line from Mattel, and only a year into blogging here at the Super-DuperToyBox. I recently uncovered them while digging through the collection, and realized I never gave you a a really good look at them. Sure, they are old news, but with the line coming to an end I felt it appropriate to show how really great this action figure line this was, these two released within the first year of release, 2008. 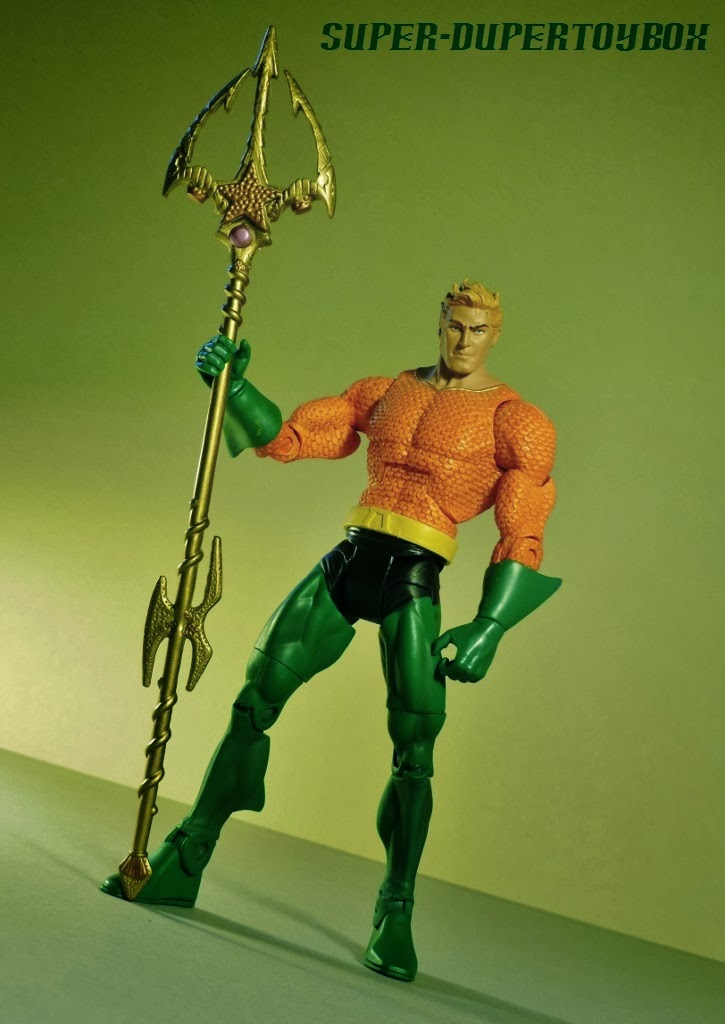 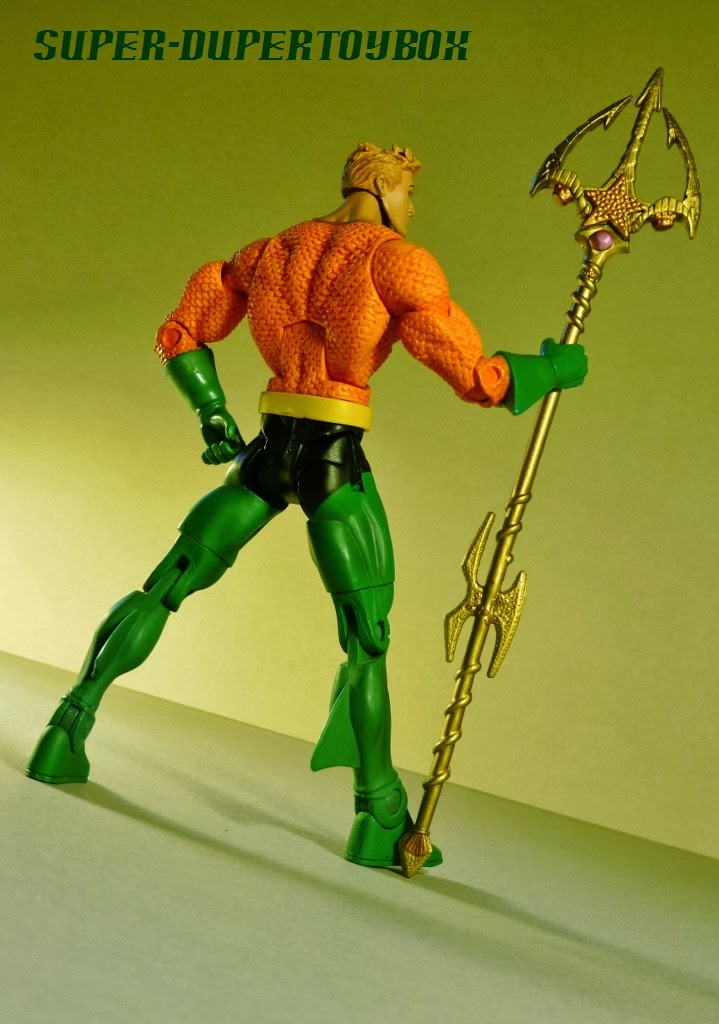 What I can say about these action figures that hasn't been said likely amounts to nothing, but I'd mention the standardization of the parts within the line brought not only a large number of characters to the line, but unity to it as well that was rock solid. Sure, ToyBiz gave us super-articulated 6" action figures several years before, but Mattel streamlined the look with their own unique design. 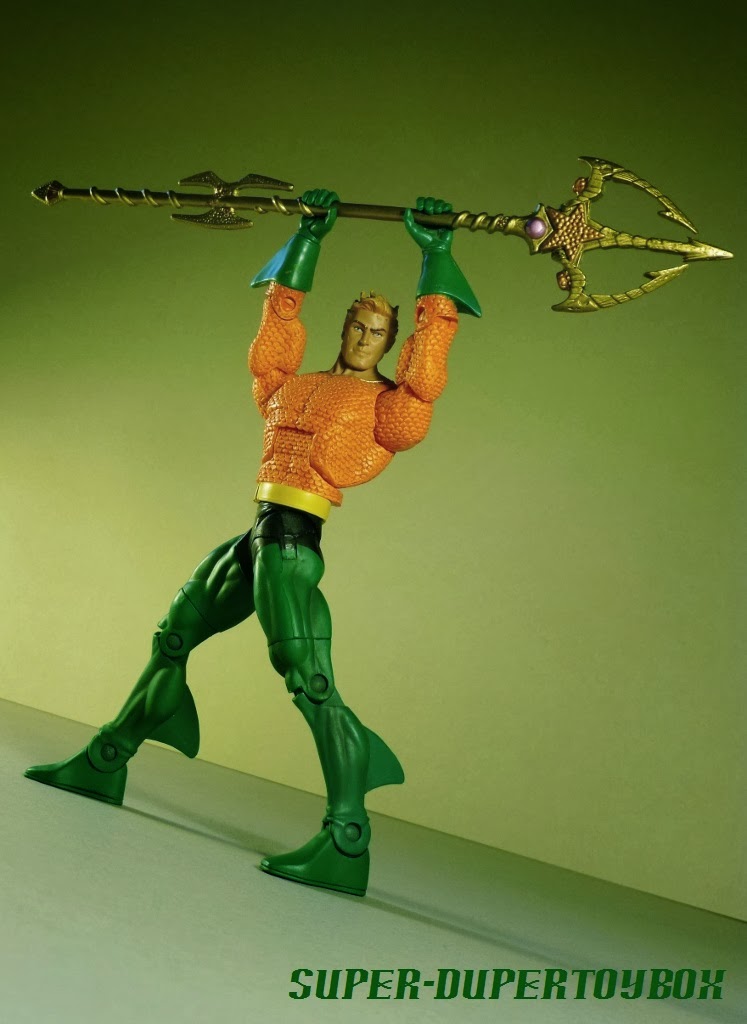 Though seemingly vanilla in his buck, Aquaman's finned calves and scaled torso set him apart from a lot of the other DCUCs, and his is a huge, bejeweled trident fitting of the King of the Seven Seas. While the paint scheme is simple, the subtle highlights throughout the figure are something that's been missing in the last many waves of this line. His thin, golden collar piping and slightly metallic scales are nice up close. His perfect proportions and faithful rendering make him the archetypal Aquaman we've all come to know and love. 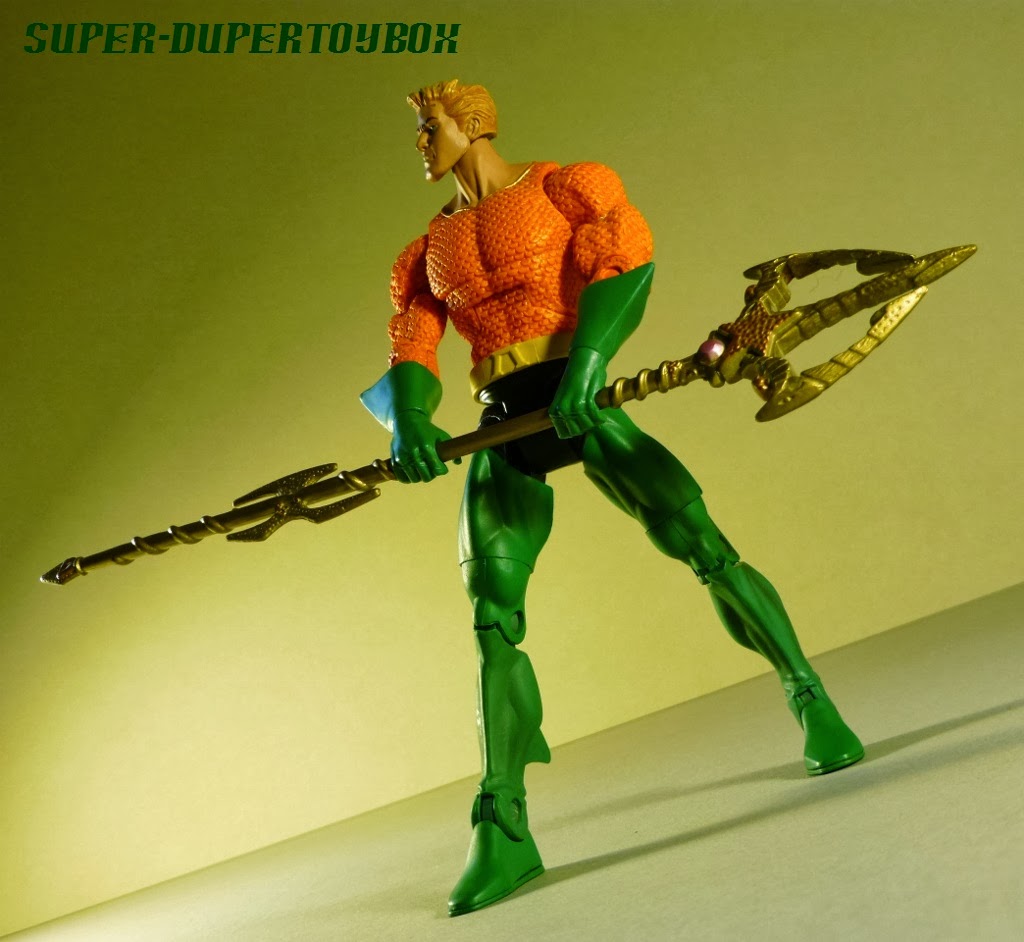 The bicep/thigh swivels, combination waist swivel and abdominal hinge, and Mattel's unique swivel/hinge hips made these DCUCs very poseable. And while some later DCUCs received a double-jointed limbs and additional hinged wrists, it's easy to take for granted how great these were right from the beginning. I'm uncertain of how many of these I own really, but the number is well over fifty- once I had a few, I couldn't stop. 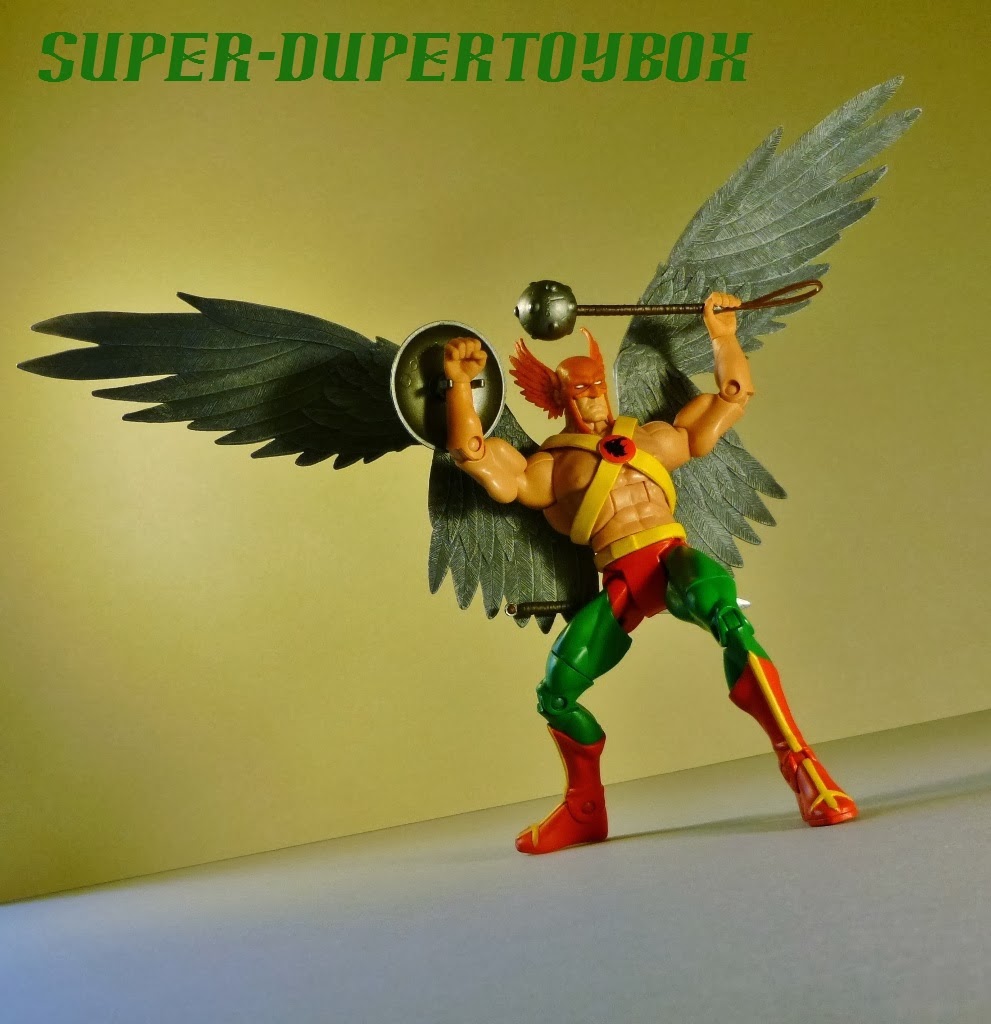 Released in the sixth wave of DC Universe Classics, Hawkman  included an exceptional number of accessories. I appreciate the simplicity of his belt loop, which can also hold his mace when armed with the sword. His shield clips onto his arm, nicely painted in dark silver like his other weapons, his symbol sculpted into the surface and painted in dark red. He's perfect! 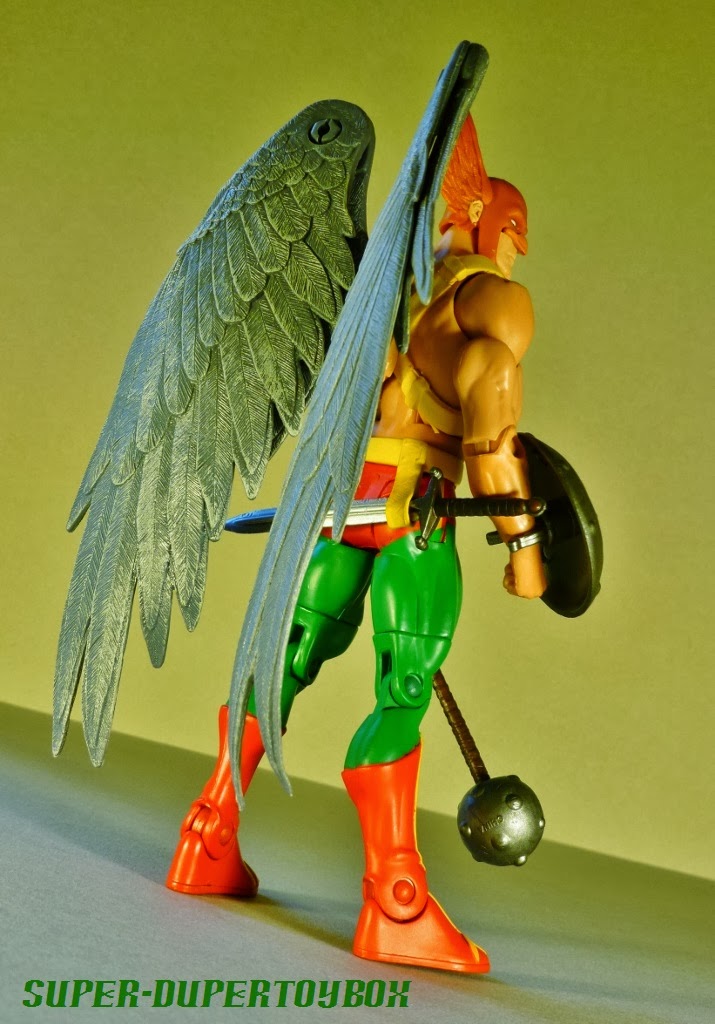 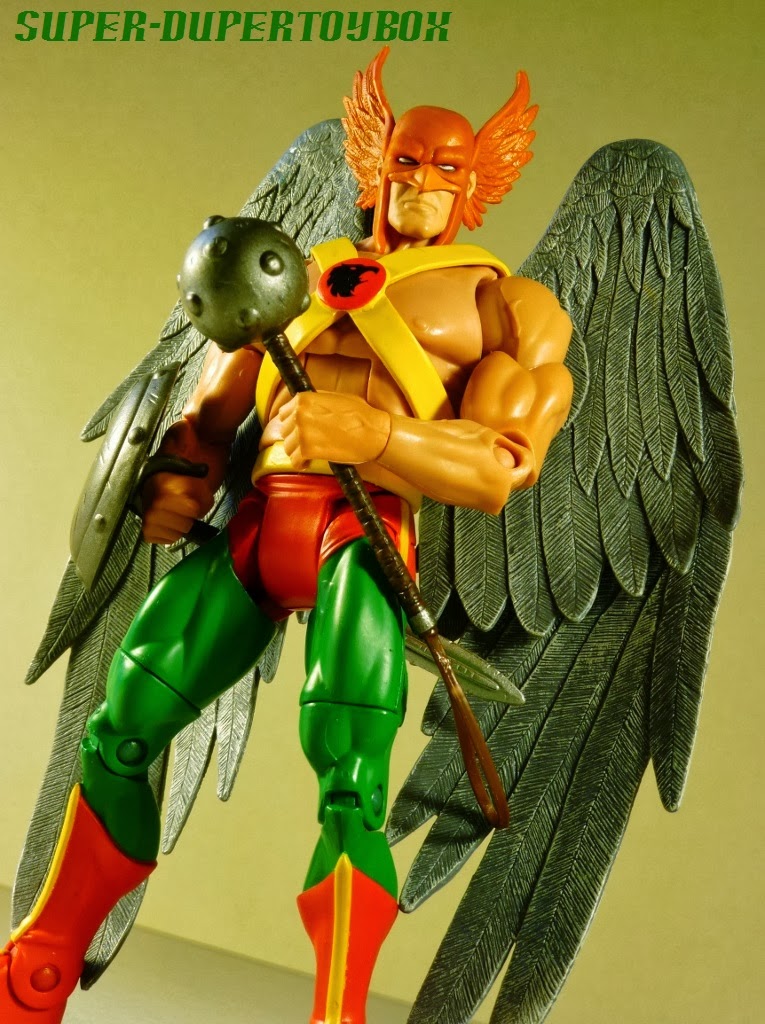 The triumph of this figure is of course those awesome, fully articulated wings! They expand laterally, crafted in two sections joined by a ratchet-peg, but also swing back and forth, hinged separately onto his back. This wing mold was reused later in the New 52 and Golden-Age Hawkmen, a design also used on the DCUC Hawkgirl, which I have still boxed with Gentleman Ghost. 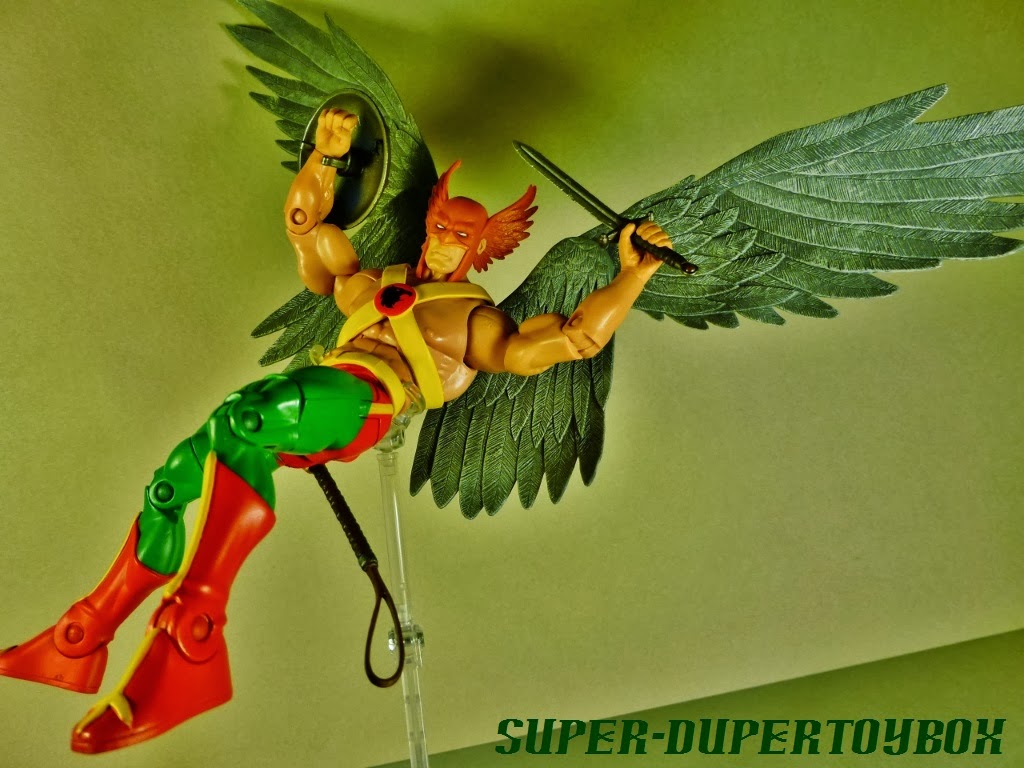 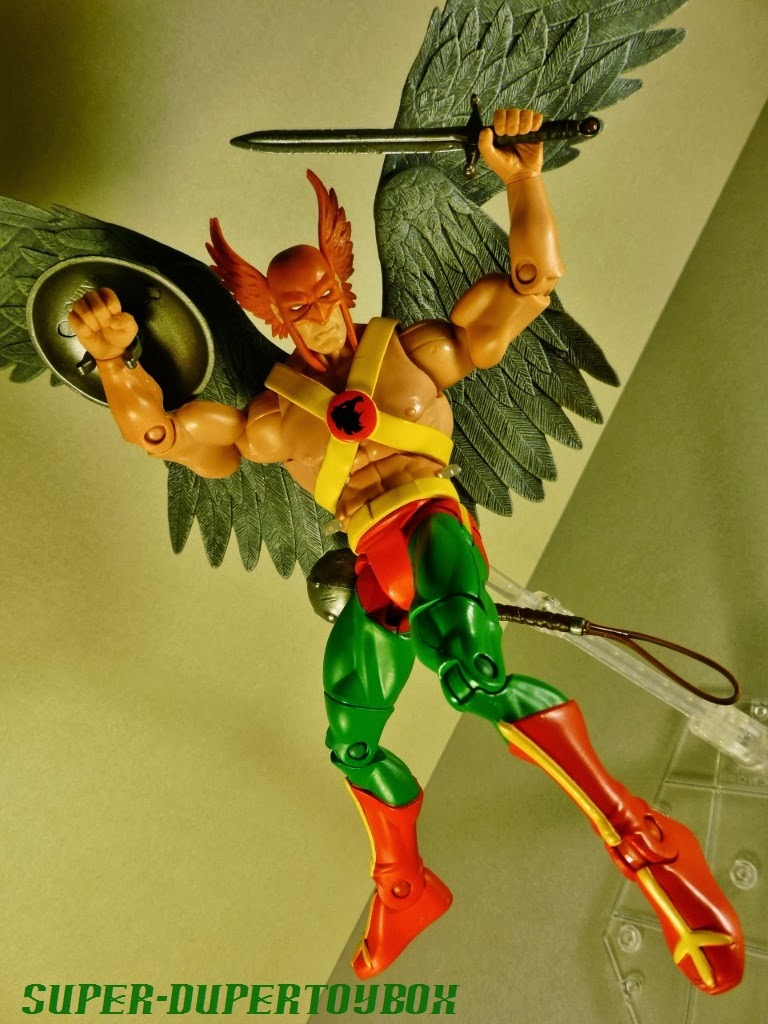 Among the DC Universe Classics line, and in my humble opinion, these are somewhat outstanding for their great color, unique sculpts, and faithful rendition of two classic characters. The Four Horsemen nailed it! 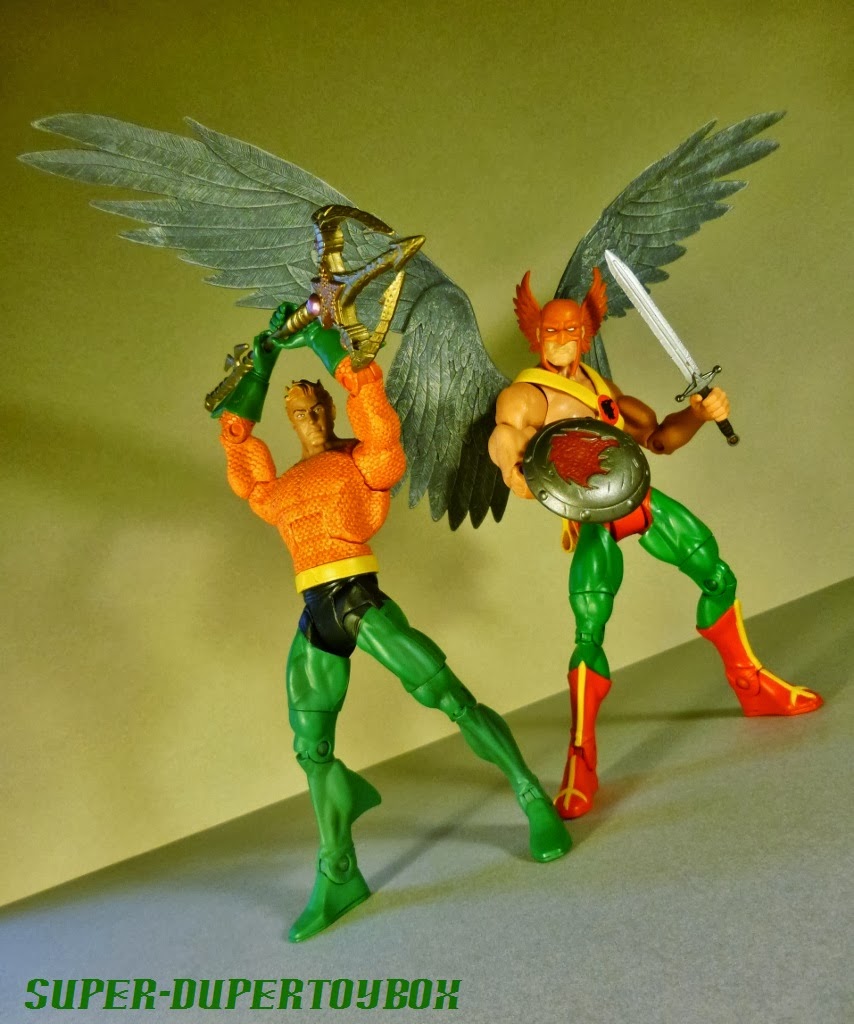 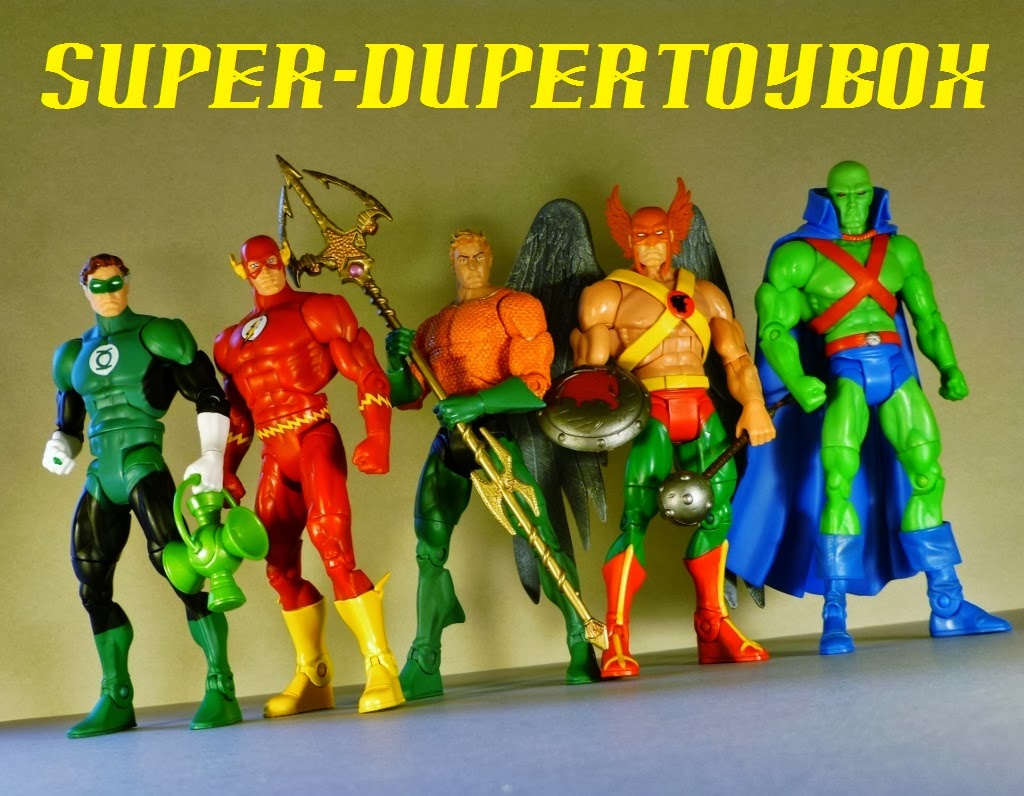 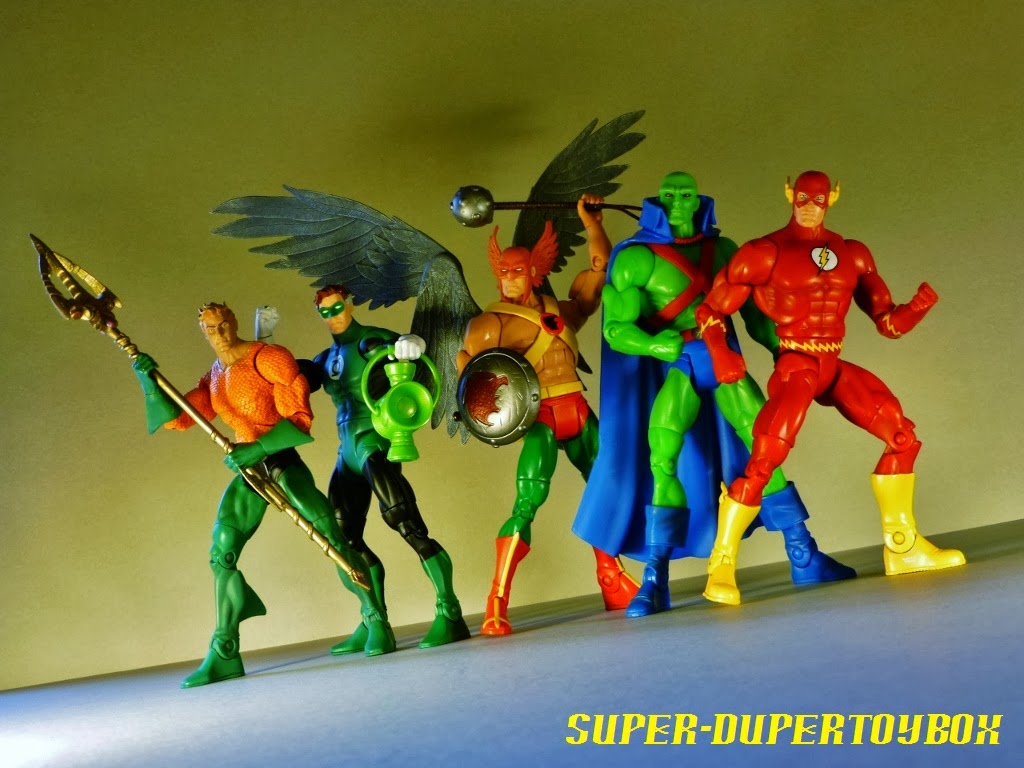 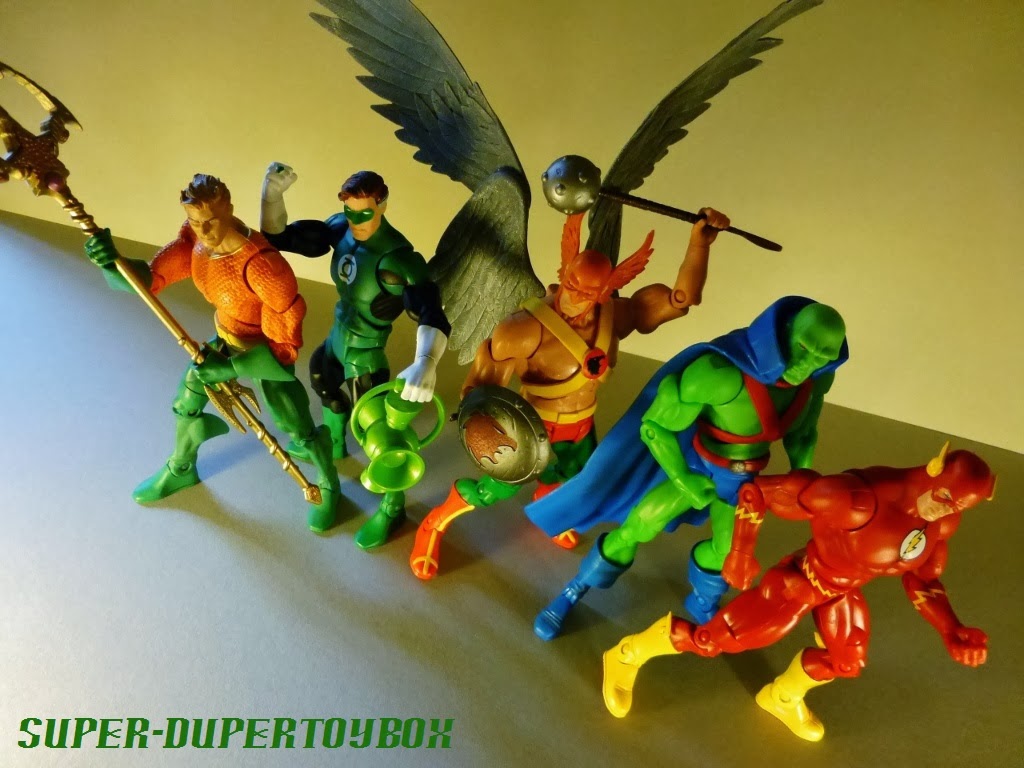 More Later-Make It FUN!
Posted by Super-Duper ToyBox at 6:43 AM