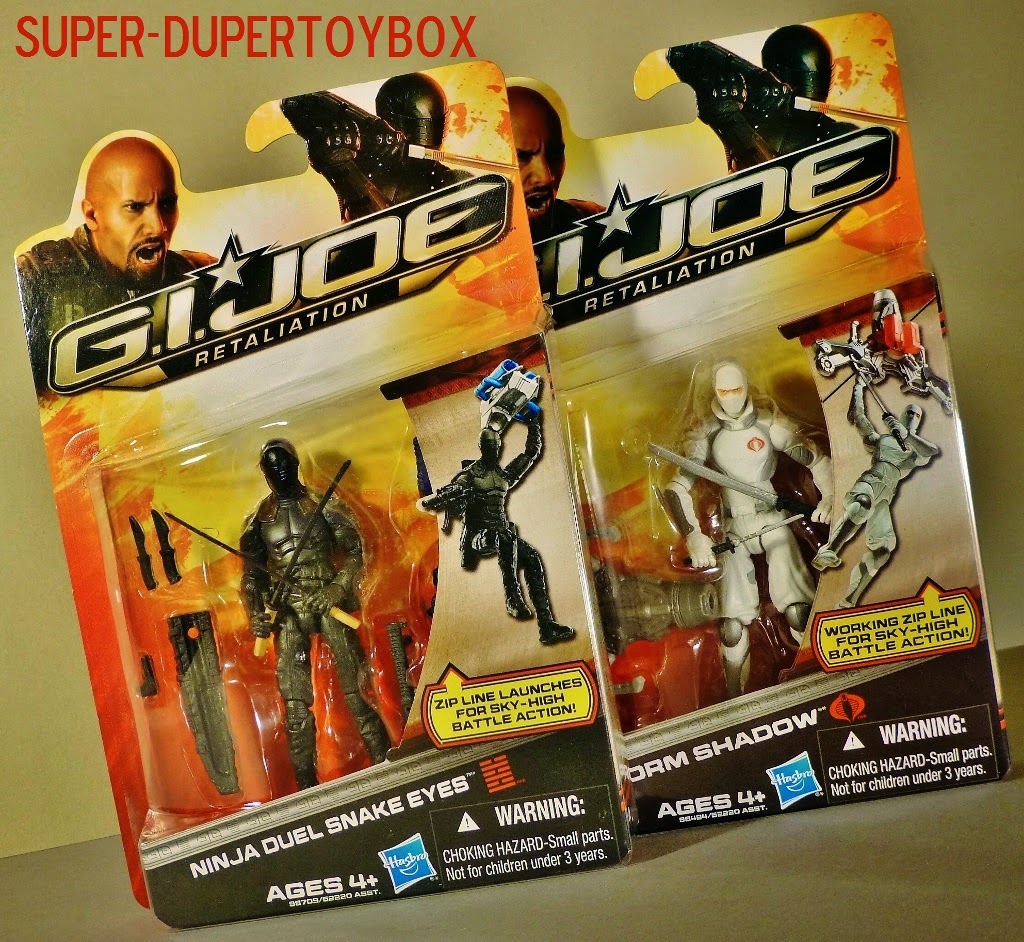 I don't collect G.I. Joe, though I did post on the Hundred Penny Press reissue of  G.I. Joe #1 back in April, and had a couple handfuls of the 4" action figures back in the '80s like many of us.  Like the Marvel Universe Handful of Heroes in my last post, I scored these at Five Below at a price low enough for me to venture outside my typical superhero theme. Who could resist two accessory rich ninjas for $5.00 each??


Ninja Duel Snake Eyes has the most accessories of the pair, with a rifle, pistol, and dagger in addition to his twin katanas. Both the figure's wrists enjoy a hinge-swivel that are very useful in handling the swords, and while there isn't a bicep swivel, it's not missed due to the hinge-swivel elbows and shoulders. Snake Eyes also has double hinged knees and ankle rocker joints, and a ball jointed head with a decent range of expression. I'm not crazy about the screws being visible on the inner thighs, but he is a really cool action figure. 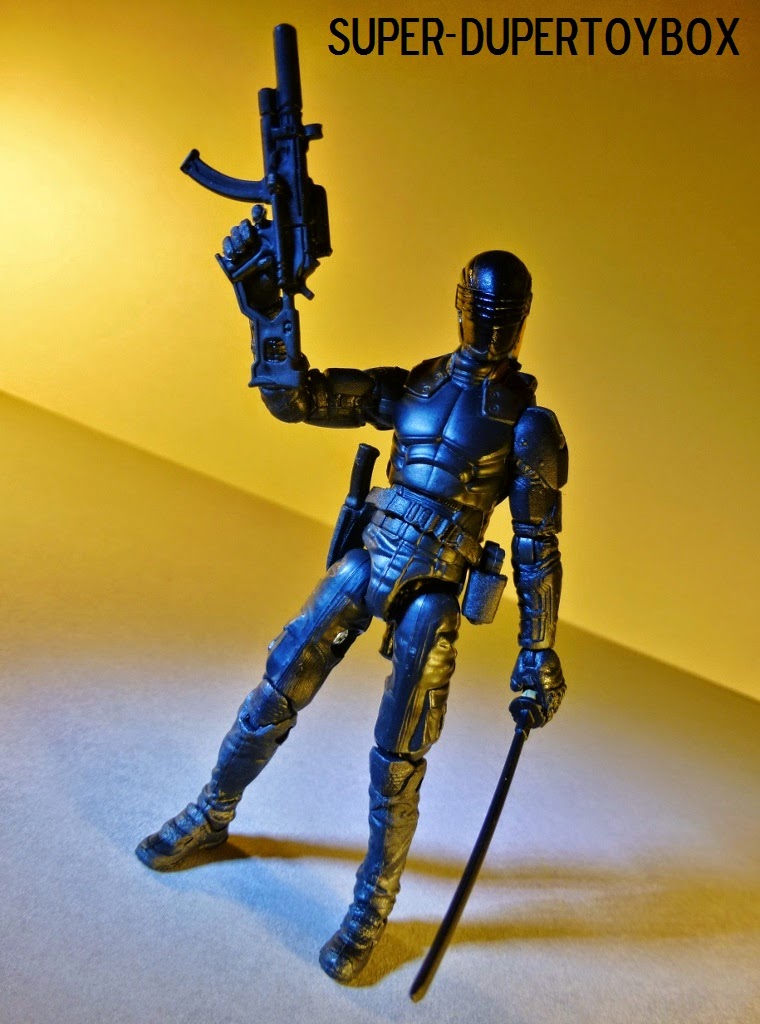 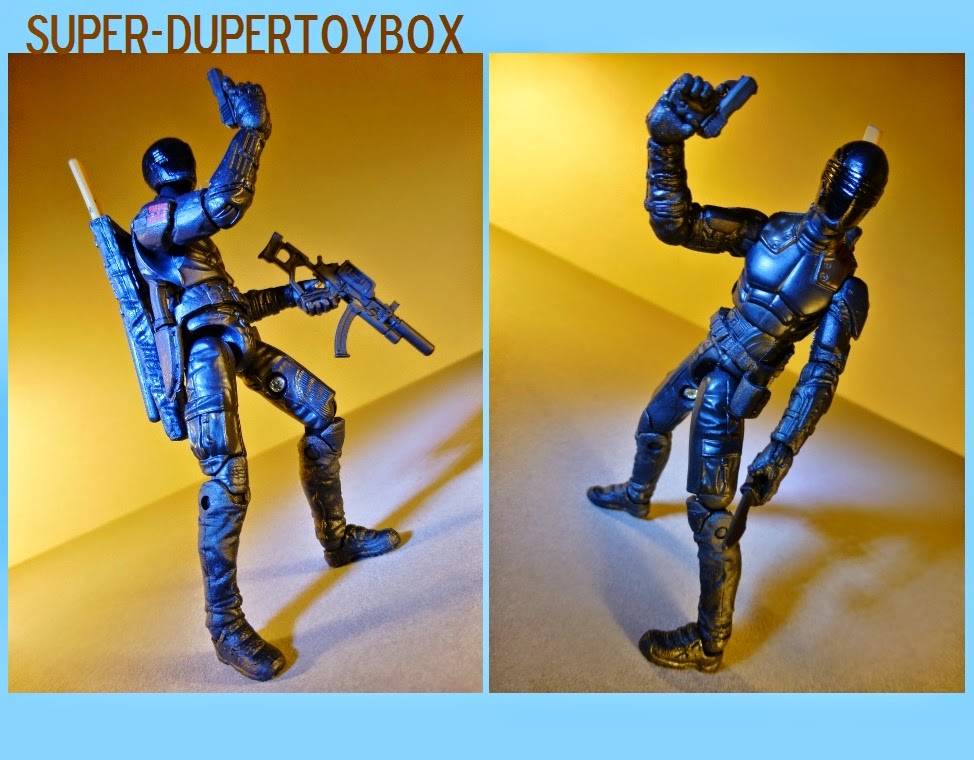 I'm not sure why Hasbro included the larger pack/quiver in which the single katana sheath is housed, since the latter can be pegged onto the figure's back alone, which I prefer. I love that the pistol and dagger can be holstered/sheathed on the rubber belt, but wish there was a way to attach the assault rifle. While the figure is all black, there are great sculptural details throughout, and the katana handles were expertly decorated. 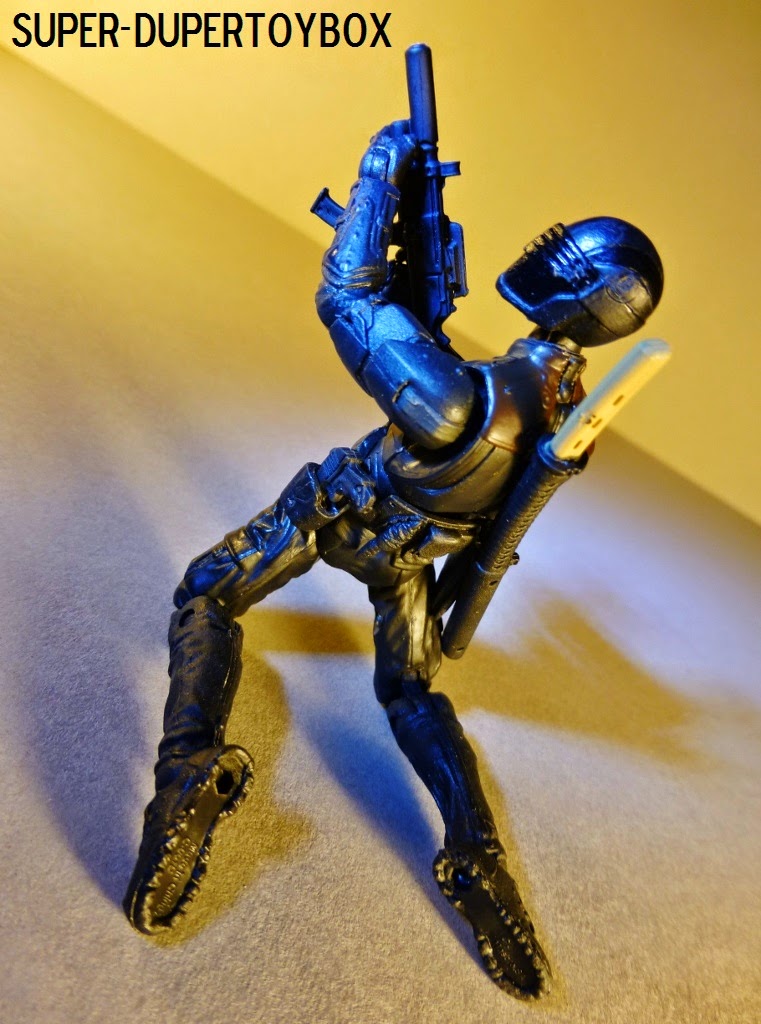 Storm Shadow has all the great articulation the Snake Eyes does, but none of the firearms- also a great little action figure! His set of swords features on longer katana with a shorter kodachi, the blades wider than Snake Eyes' swords, and painted silver. I like the way they can both be holstered onto the fitting in the figure's back, though a double sheath could have looked more realistic. Storm Shadow makes a great counterpart to the Snake Eyes figure- you almost have to get both! 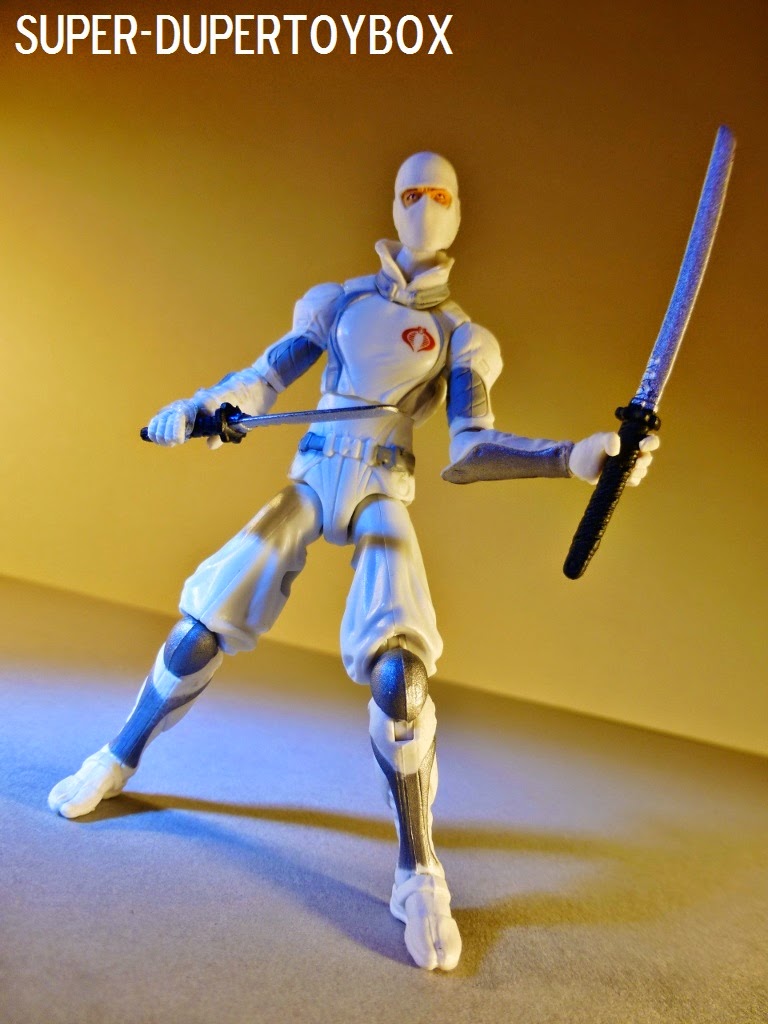 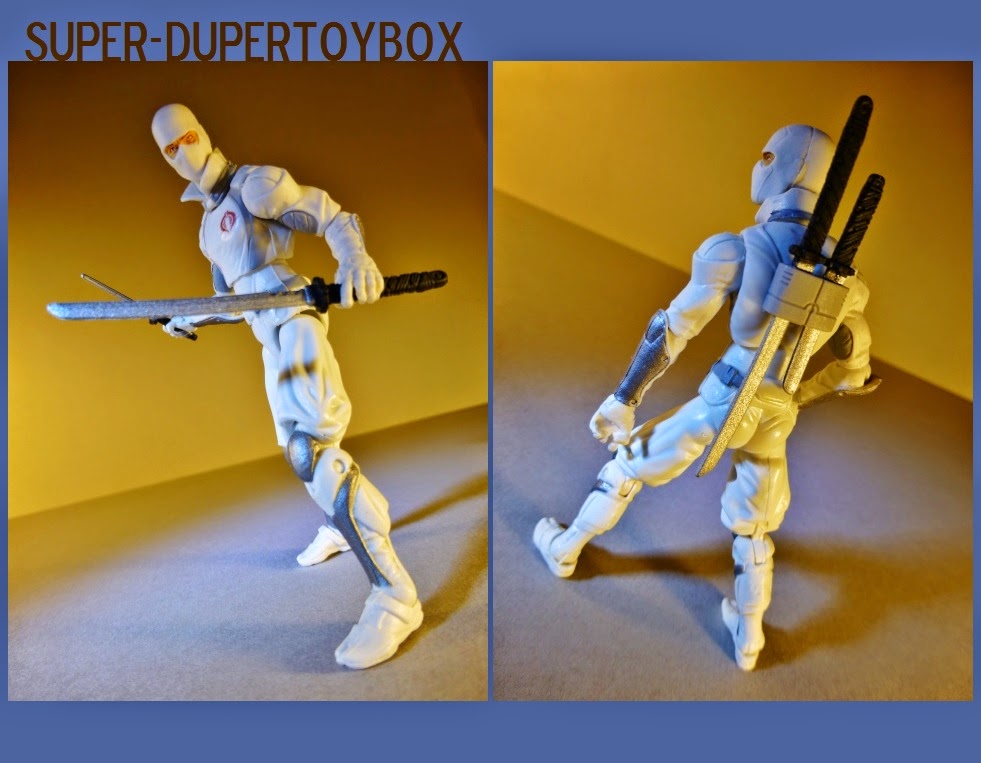 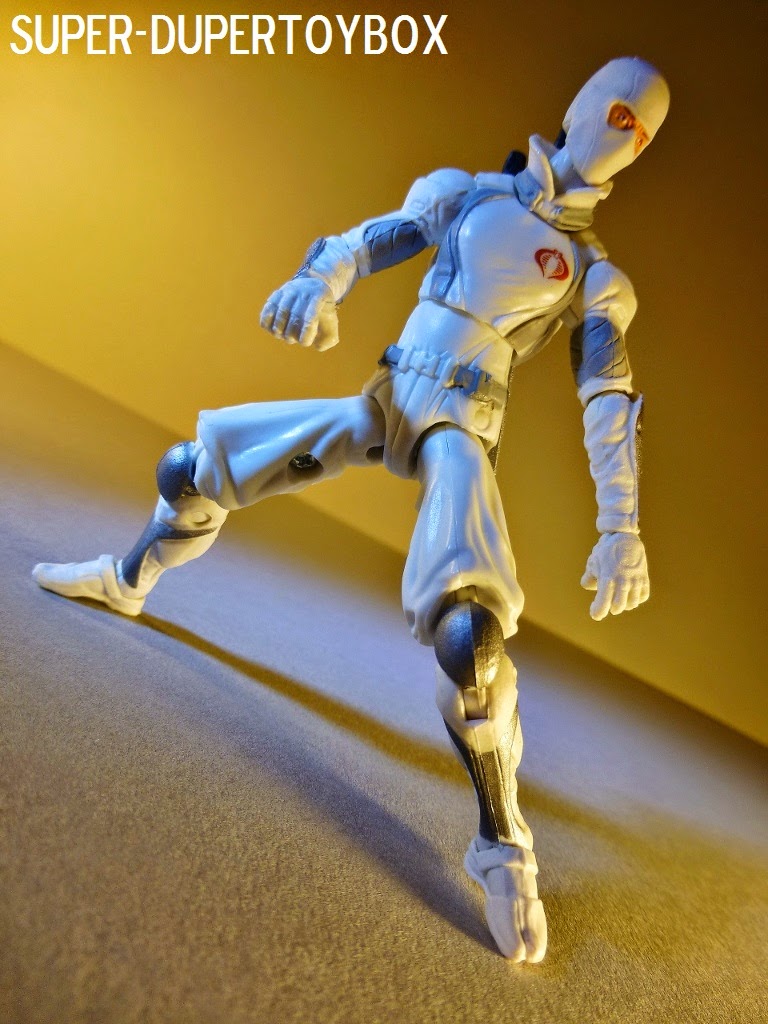 What better action figures to christen my Power City extension pack with than a couple highly articulated ninjas, yes... ? As you saw in the figure tray picture at the beginning of the post, both include zip lines that fire projectile clamps from a pack. Adult collectors sometimes find these kind of accessories distasteful, but any child or fun soul can have a good time with these in my opinion! Let's see how the action plays out in a duel between Snake Eyes and Storm Shadow... ! 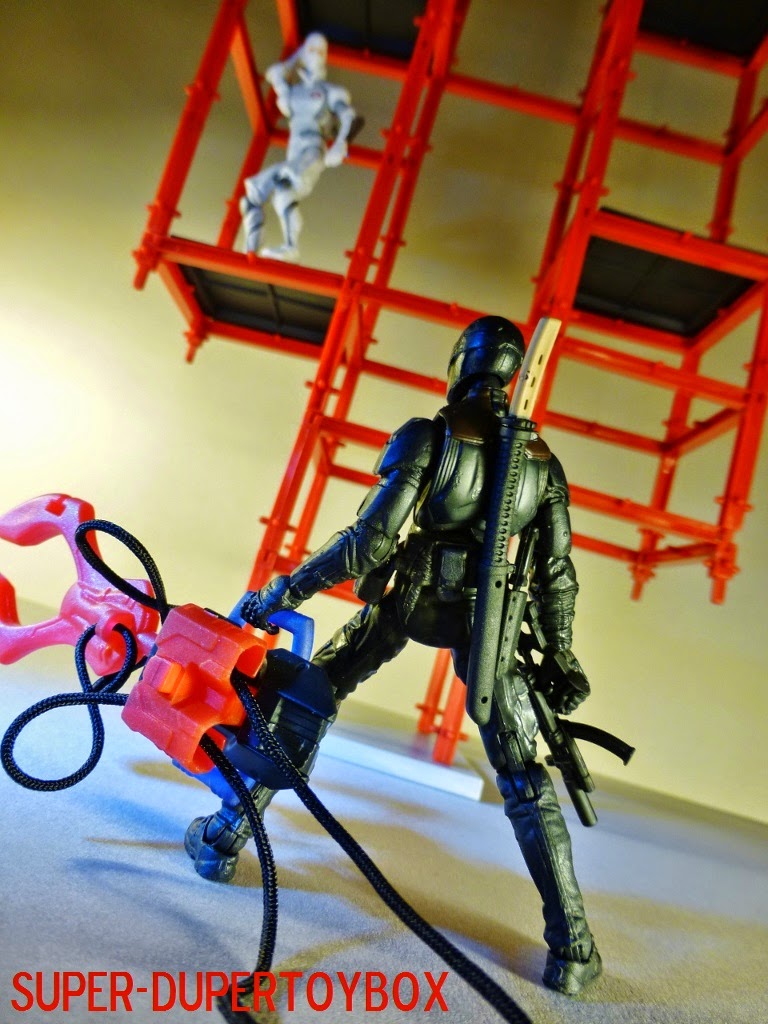 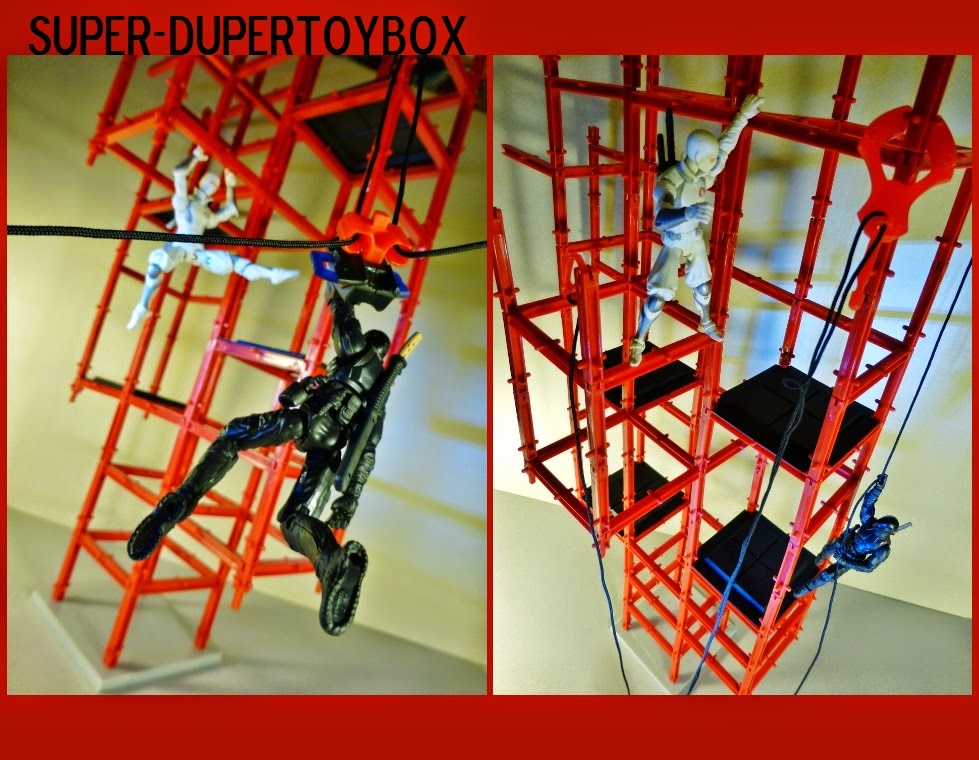 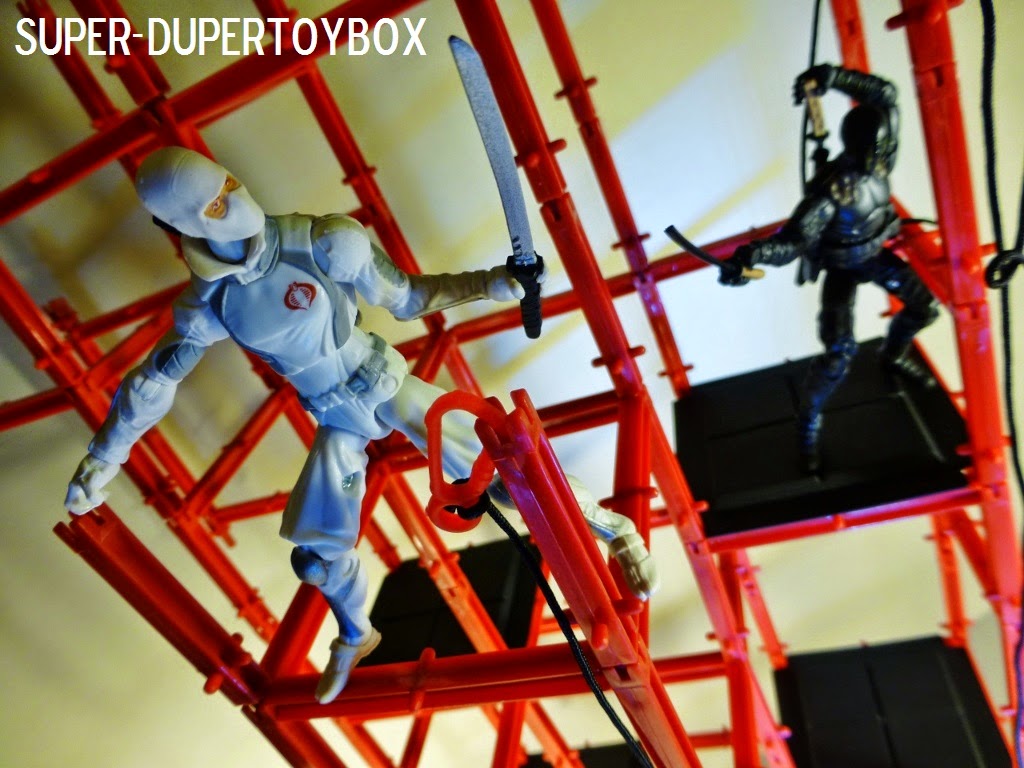 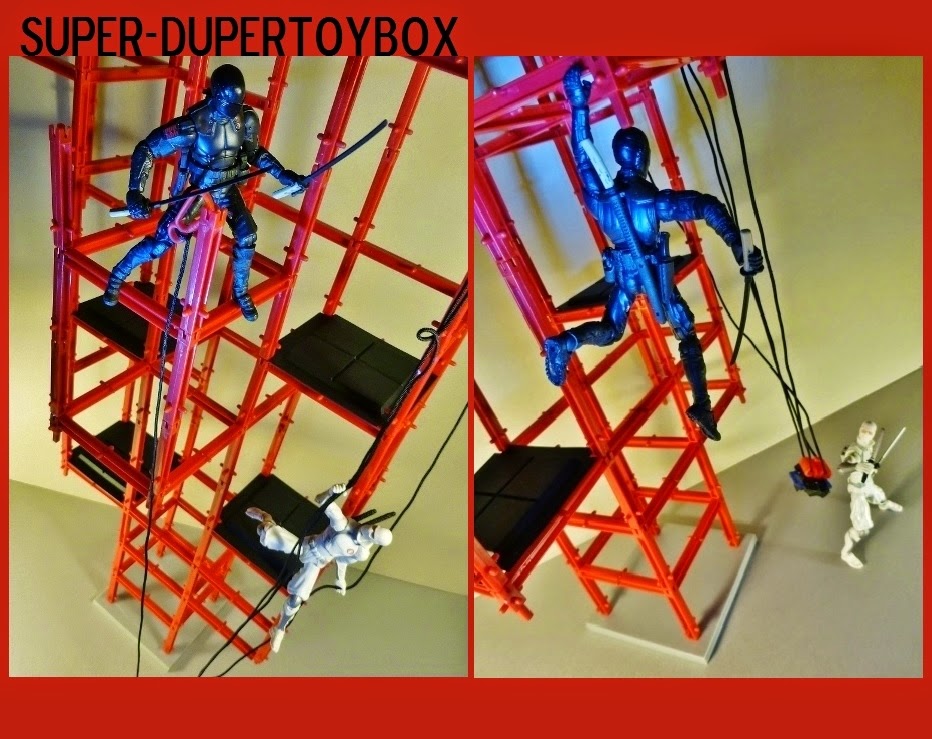 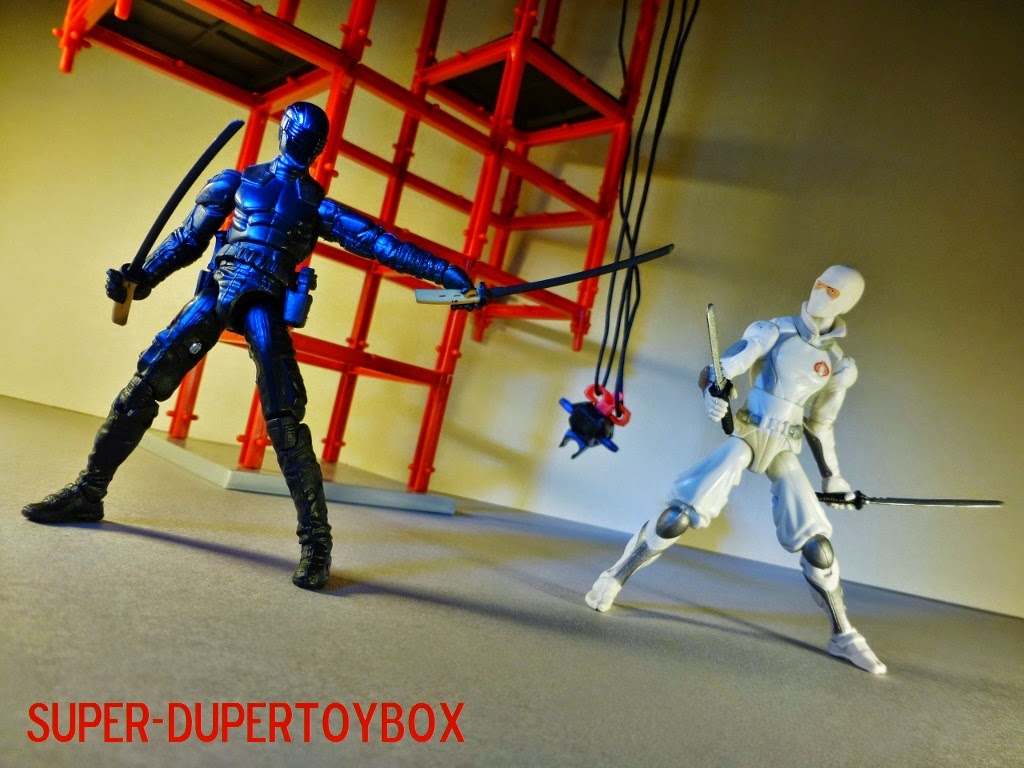 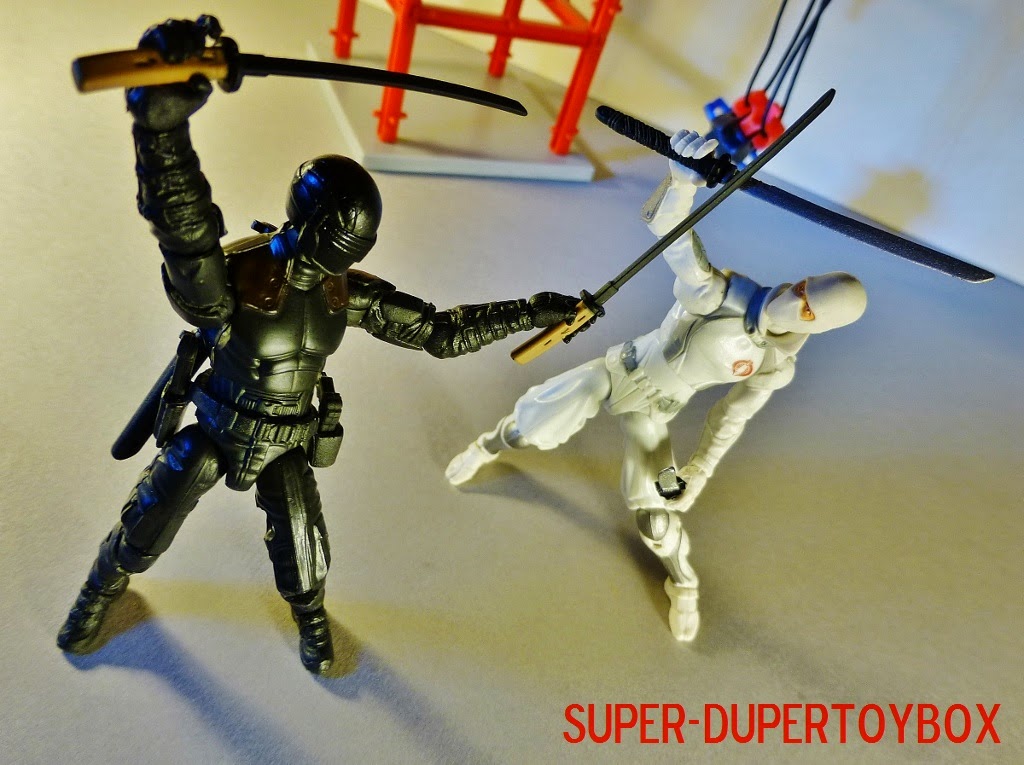 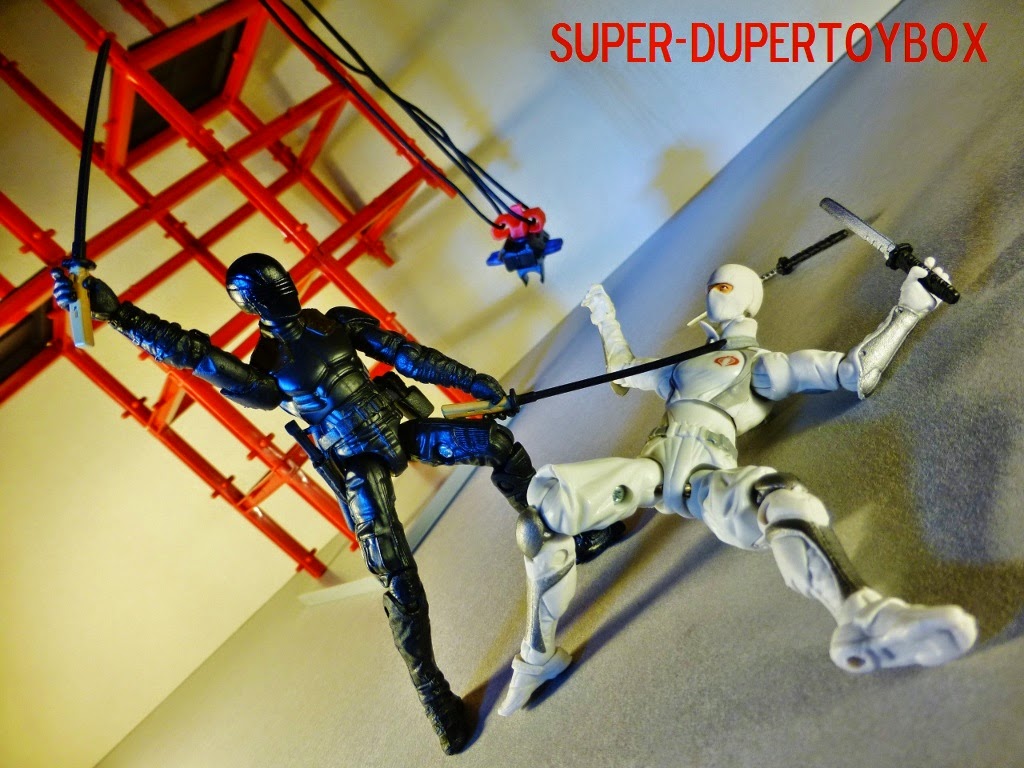