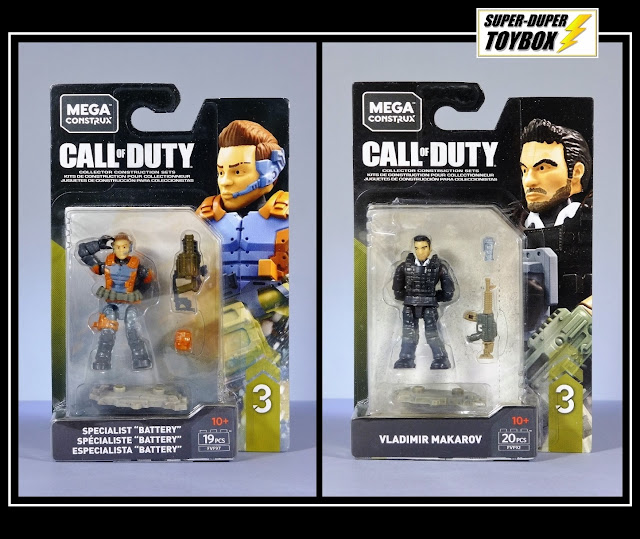 These Mega Construx Call of Duty Series 3 microfigs appear to be the last vestige of the line, the once plentiful stock of the building brick line all but gone from retail shelves. I'd admired these two before, so I thought I'd pick them up before they were gone. The great accessories and articulation are almost never included on figures this size, and I just love them. 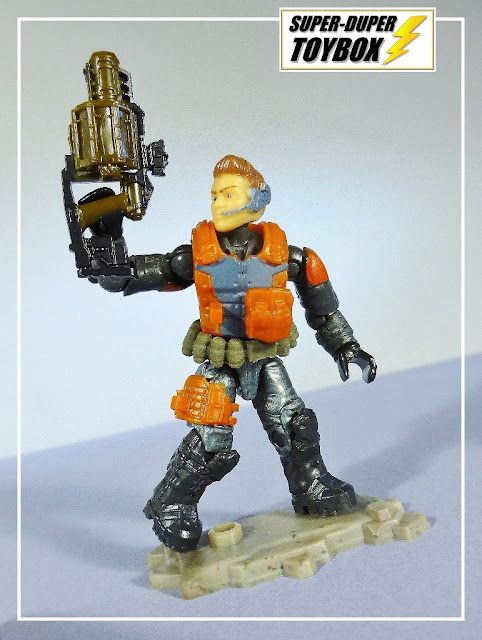 Erin "Battery" Baker is the sole female of my fledgling collection of these figures, a character in Call of Duty: Black Ops. I like her futuristic assault weapon and orange armor accents. 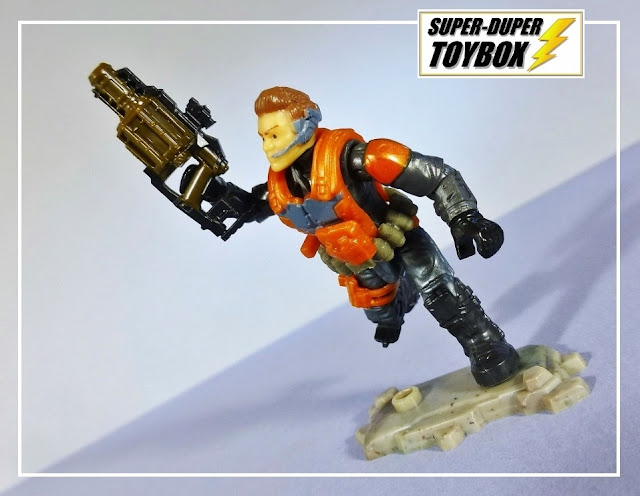 I think the Series 3 Spectre would make a good sparring partner for Battery! 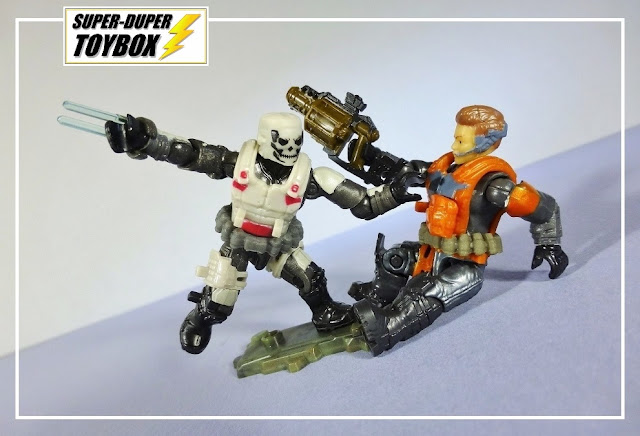 According to Call of Duty Wikia, Vladimir Makarov is the main antagonist of the Call of Duty: Modern Warfare franchise, leader of an international terrorist cell. While I enjoyed the flashier, futuristic Battery figure, Vladimir's more contemporary, partially civilian dress appealed more to me- a better match to my existing Call of Duty microfigs. 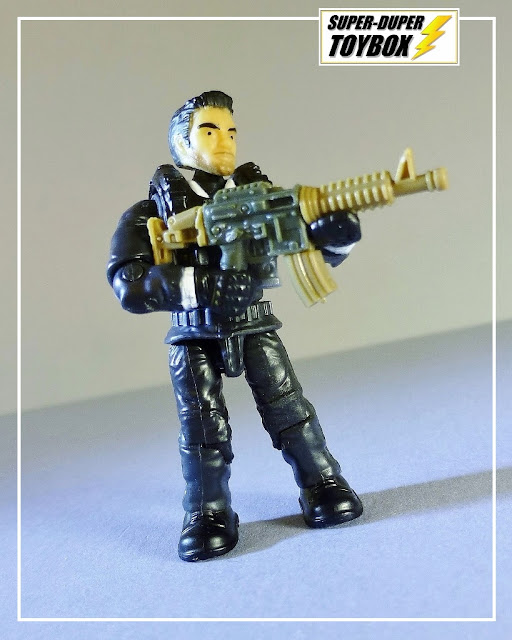 Vladimir goes well with the Call of Duty Mercenary Armory set from my last post... 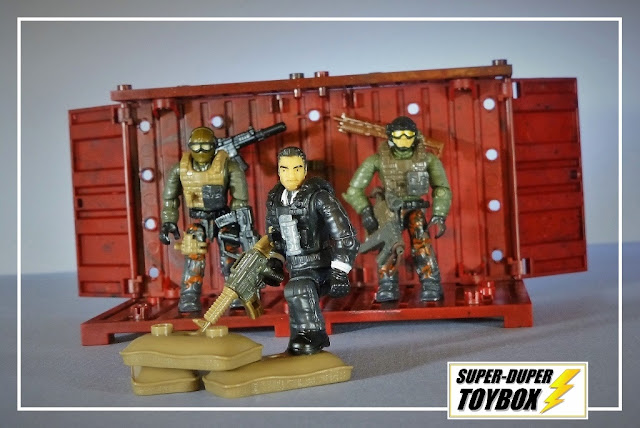 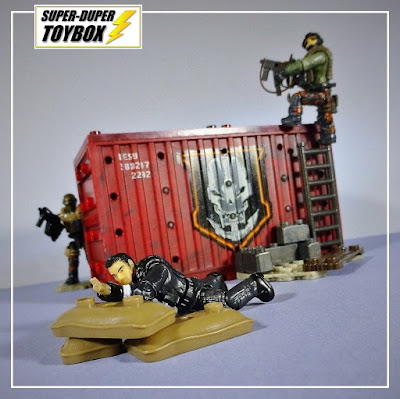 ...and the Assault Weapons Crate and microfig would
make a reliable supplier to Vladimir's arms needs... 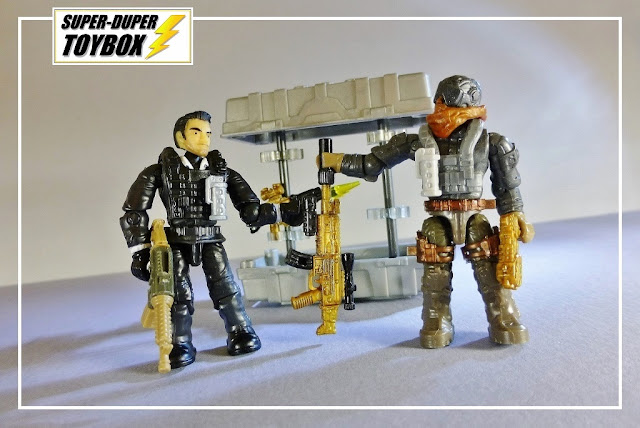 Mostly certain we've seen the last of the Mega Construx Call of Duty line, I was glad I scored a few things on the way out but sad to see them go. I've also picked up some Masters of the Universe microfigs in the last year, and will be interested to see what else Mega Construx comes up with. 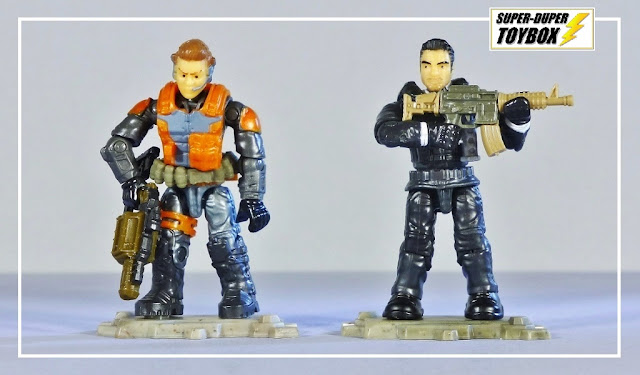