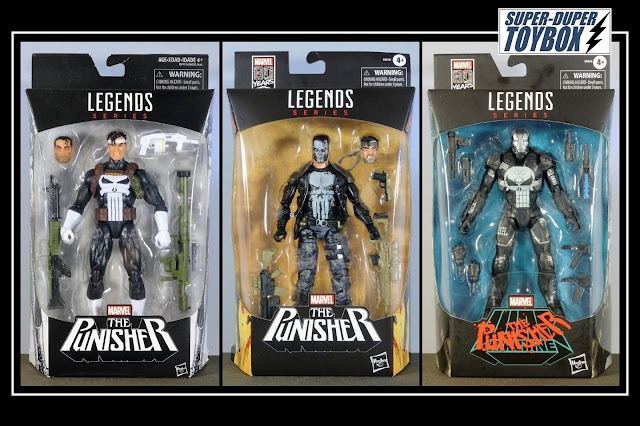 I've had the Classic Punisher for a couple years, so I thought it would be a good time to open him upon finding the new 80th Anniv. Punisher and Punisher War Machine at GameStop recently. Check out the video:

We've had a few Punisher figures over the years from Hasbro, including a camo Punisher with the face paint ten years ago in the Nemesis wave, as well as a classic Punisher from the 2012 Epic Heroes wave, which had a Thunderbolts variant in red. This newer 80th Anniversary Punisher is a kitbash of parts from Erik Killmonger, the Netflix Punisher, Classic Punisher, and Demolition Man. 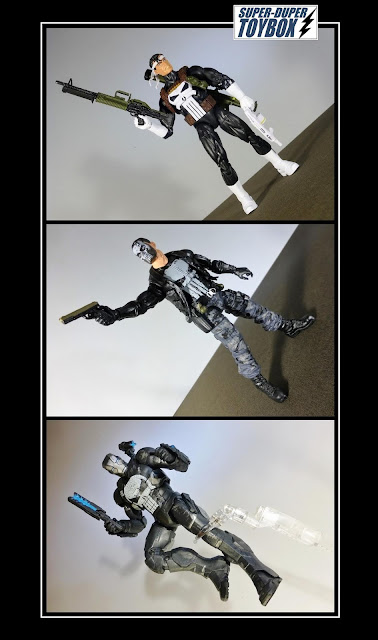 The Punisher War Machine came out of nowhere recently, surprising all of us, and I compulsively with the 80th Anniversary Punisher at a local GameStop. I'd long admired that sculpt originally used on the Civil War Series War Machine, but was ultimately disappointed by all his extra parts that don't peg in well at all. I already have him up for auction on my eBay, because while I love the deco, he doesn't compare to that bitchin' Avengers War Machine I got just a couple months ago. 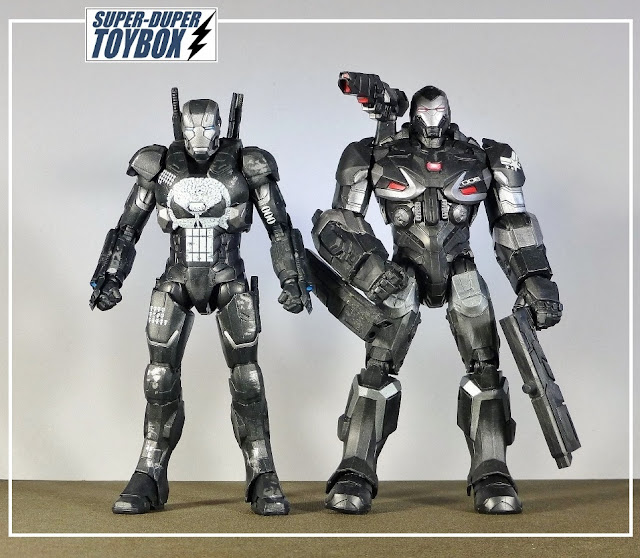