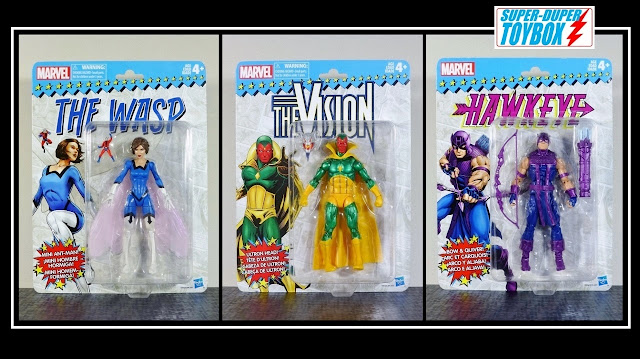 I've had the Marvel Legends Retro Series Vision on card for a year, picking up Wasp and Hawkeye more recently to round out a classic Avengers team for my collection. We all know this variant of Wasp was teased as a variant in 2006, then not produced- while I have no personal connection to that unreleased figure, nor the obscure costume, I do like the way she fits into what I have going on. Check out the video: 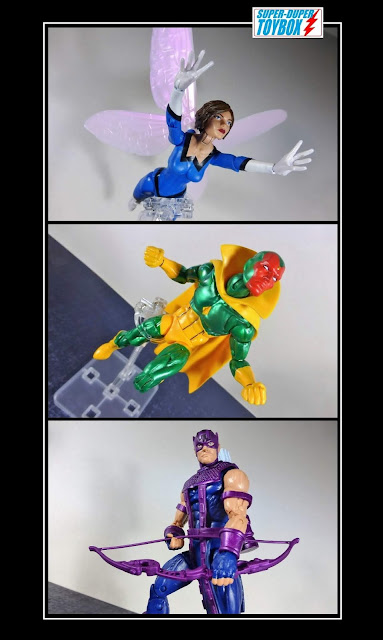 Below: Wasp, Vision, and Hawkeye with Hulk from the 80th Anniversary Hulk/1st Appearance Wolverine 2-pack, and the 80th Anniversary Classic Capt. America, Thor, and Iron Man. While the Retro Series figures don't have quite the sheen the 80th Anniversary figures enjoy, they fit in well enough with them. As plain as Hawkeye's deco is, I was surprised by how much I liked him- his sculpted armor scaling goes well with Capt. America's. And I'd been waiting for the right moment to crack that Vision open- love that classic styling! 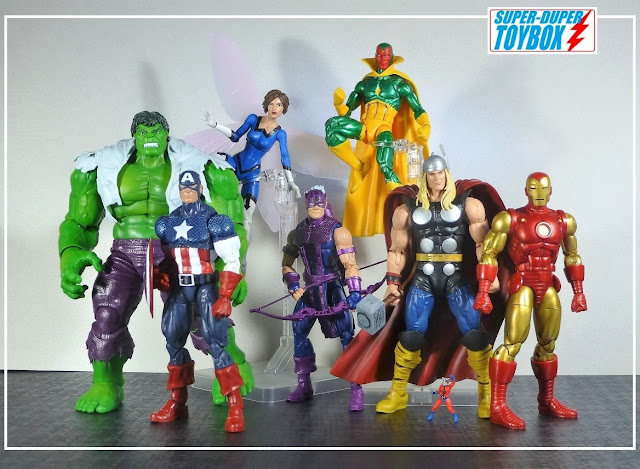