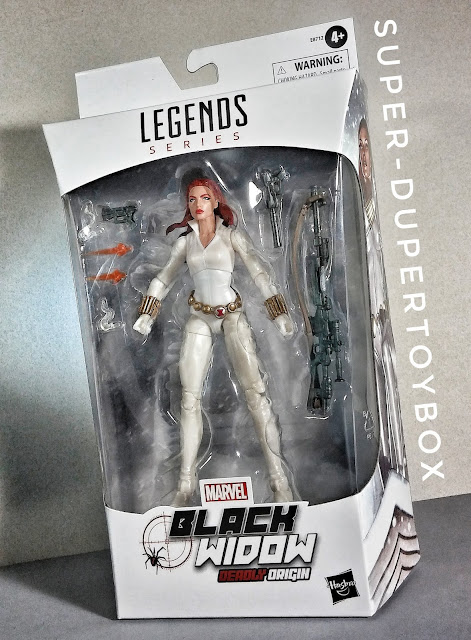 I preordered this Marvel Legends Black Widow Deadly Origin from Target this winter, right after it was announced. I'm only starting to read Deadly Origin, so I don't have a great deal to offer regarding that story arc, but I would say it's turning out pretty interesting. I really enjoyed the 2016 Waid Samnee arc I read awhile back however, more so than what I've read of Deadly Origin thus far. Regardless, I loved this figure at first sight, and am even happier with her than I anticipated. She came armed to the teeth in one of the best looking Marvel Legends boxes I've seen- the panel featuring alternate cover art from the second issue of the original 2010 series , by Bosnian artist Adi Granov. Fantastic!
I was thoroughly impressed by the accessories included with Black Widow. including two unique pistols, a rifle, and both muzzle blasts and wisps of barrel smoke that universally fit all the weapons. Rarely do we get this many realistic weapons in one package, and I hope Hasbro continues to include weapons effects accessories. At the price of a regular Marvel Legends release, I found this a great value. There is a little gappage where her neckline meets her collar unfortunately, but it's a minor gripe considering an otherwise killer action figure... 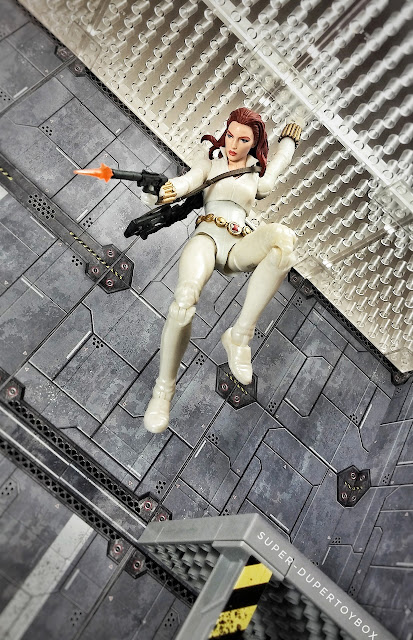 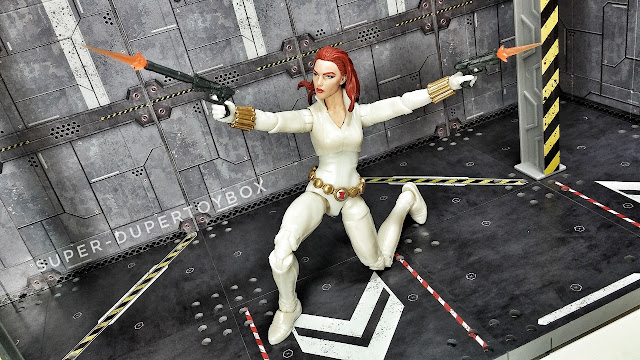 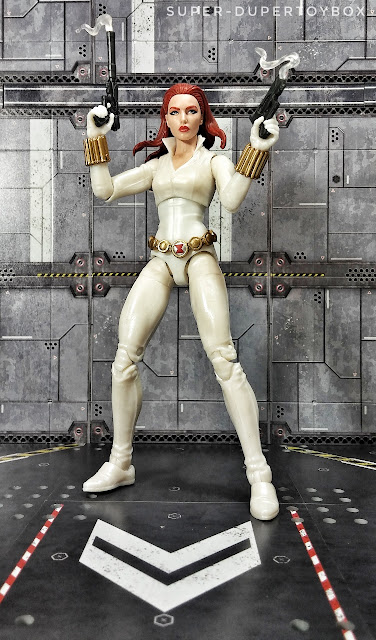 Black Widow can hold her rifle pretty well, a trait that a lot of Marvel Legends often fail at. The muzzle blasts an barrel smoke blast accessories also fit the rifle, which comes with a functional shoulder strap- very cool! See my January post on the Marvel Legends Demogoblin Wave! 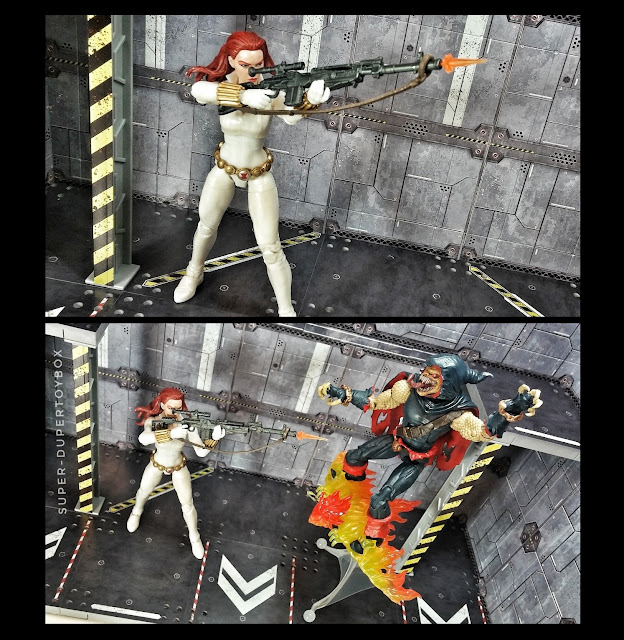 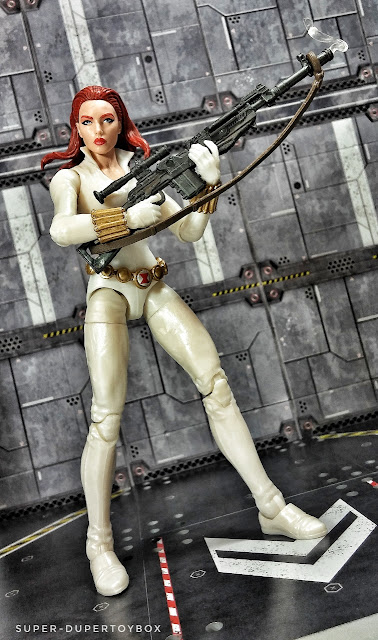 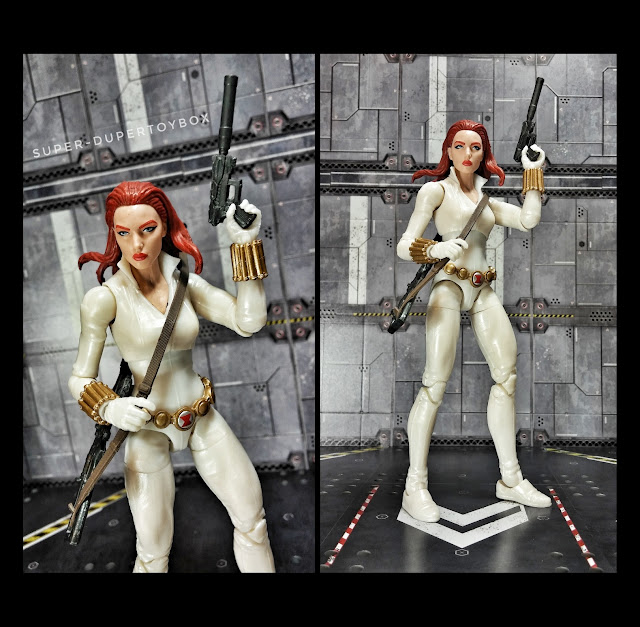 Below, Deadly Origin Black Widow with my Samnee/Waid Black Widow
that came with a motorcycle, which the aforementioned looks fantastic on! 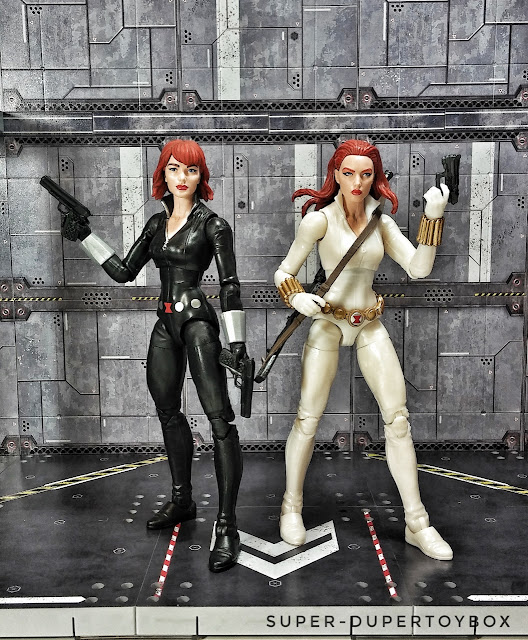 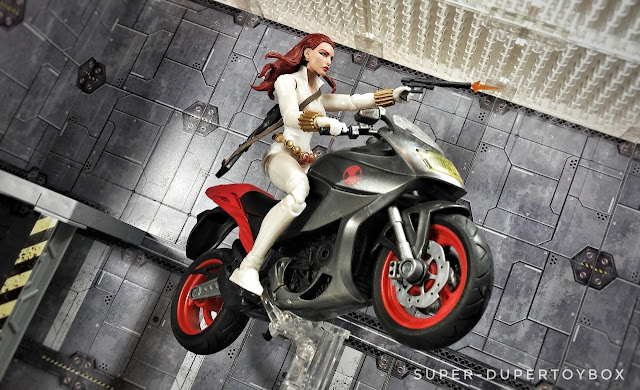