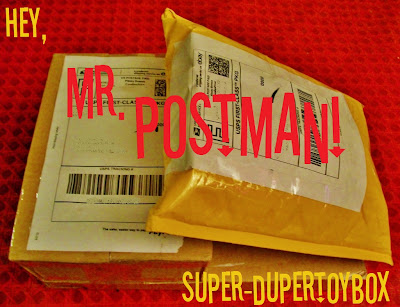 A week ago these Concept Series Series Iron Man figures came in the mail- produced  by Hasbro a few years back, earlier in the merchandising campaign following the blockbuster 2008 motion picture. I'd found two 6" Legends-style Iron Men early in the month, and had been on the lookout for some more I fancied. Hasbro made some really cool 3 3/4" and 6" figures in the Iron Man line, several of which found their way home with me in 2011, arriving late on the action figure scene. The new Legends Iron Man series is kinda cool, though I only committed to the Heroic Age Iron Man  so far, but would consider the Movie Iron Patriot and Mark 42 in the next wave. Needless to say, I will be seeing the forthcoming Iron Man 3, released on my birthday, May 3rd. 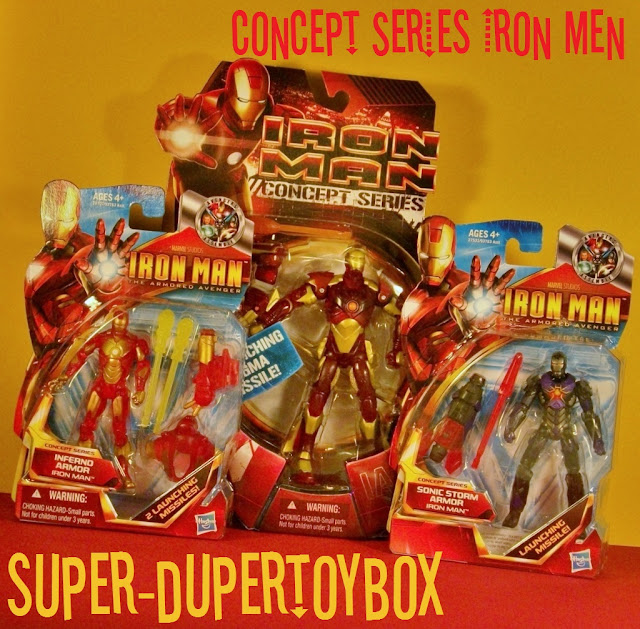 *3 3/4" Sonic Storm Armor and Inferno Armor Iron Man (2010)
Like I said, I've picked up a few 4 3/4" Iron Man figures in the past, and they did not disappoint. The sculpts are nice and the color schemes unique, Inferno Iron Man in translucent red & gold, and Sonic Storm in metallic black & purple. They come with missile launchers too, an accessory/play feature I've always liked. 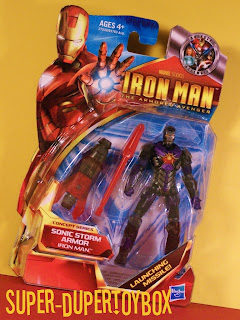 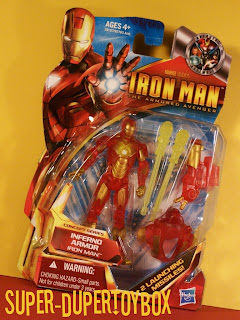 *6" Concept Series Inferno Armor Iron Man (2008)
This bad boy was hard to find in the twenty dollar range, but an internet search found one on eBid.Net. Like the 3 3/4" Inferno Armor, the larger 6" version also has a translucent body with gold highlights, but with a very different sculpt  -seemingly unique among the 6" figures produced ever since. Hard to find! Again we get a launcher- these were great toys! 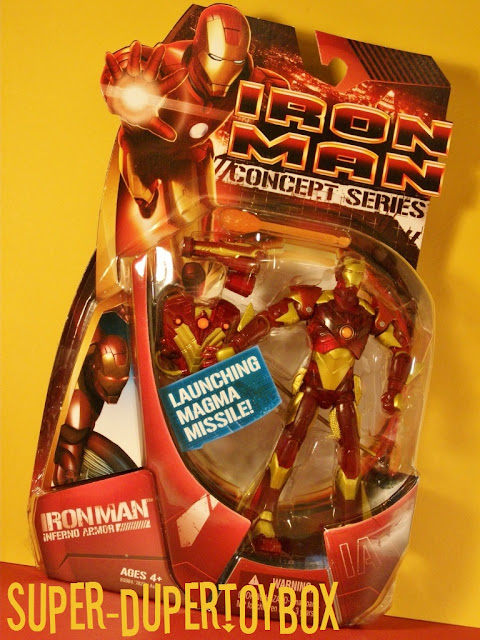 Posted by Super-Duper ToyBox at 9:36 PM