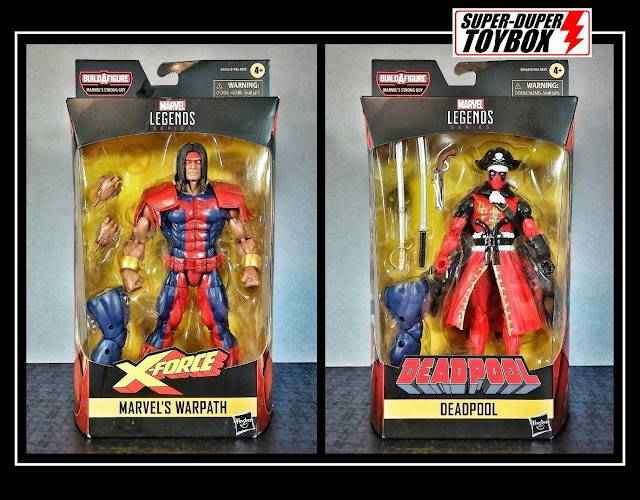 Everyone is hot to get the much anticipated Strong Guy BAF, assembled by purchasing all seven of the figures from this line, but I am not invested in that character enough to throw down $150.00. While there are several cool figures in this wave, I settled on Warpath and Pirate Deadpool for now. 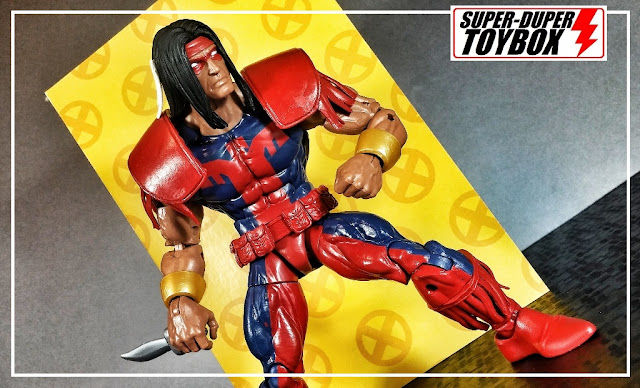 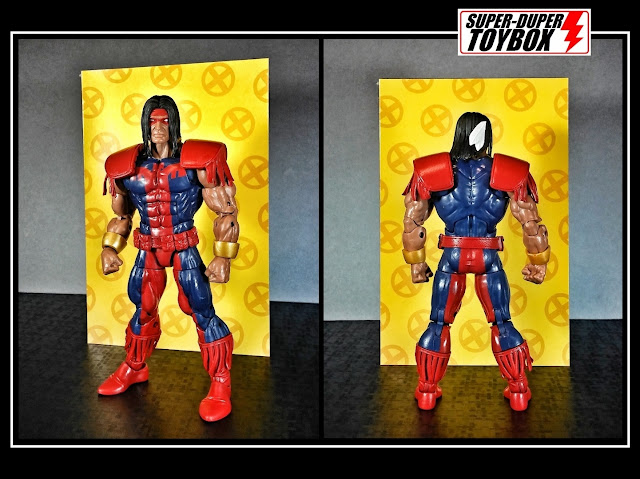 I knew I'd pick up Warpath immediately upon his solicitation months ago, and was delighted to find him in the wild at a local Target, where I'd get an instant 5% discount using my card. I love the big shoulder pads, though they are pegged onto the shoulders and will pop out during posing. The articulation is pretty good, save for the hair limiting neck range, even sporting butterfly joints at the shoulders. Unfortunately, my particular sample has somewhat gummy knees- larger Marvel Legends suffer from this often. I really need to get some clear nail polish and fix a few of mine. I love the head sculpt of this figure though- he really looks like Warpath. 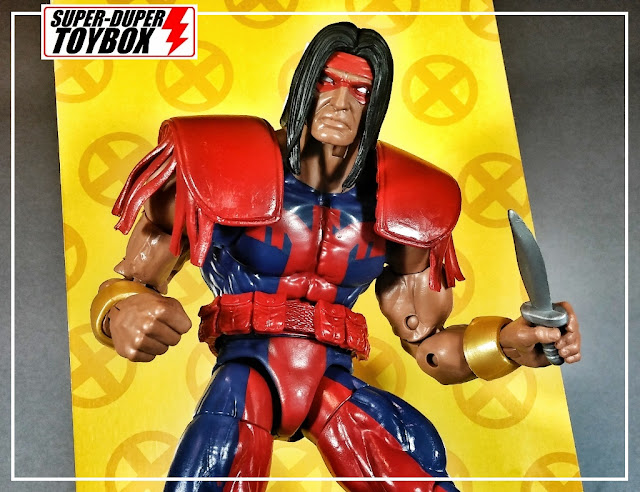 A big miss here were Warpath's signature vibranium bowie knives- he even included extra gripping hands. I'll need to find some custom knives at some point, but this figure could have been so much better by their inclusion, perhaps with sheaths on the back of his utility belt. That said, I can see Hasbro releasing this later in his Uncanny X-Force black and silver, armed. 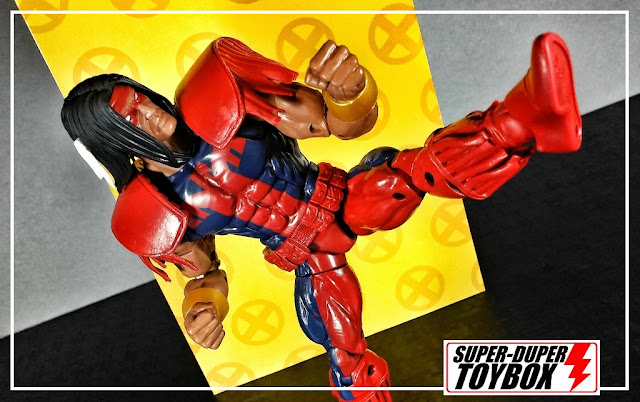 I read about Thunderbird first around the time New Mutants cut ties with the X-Men, becoming X-Force under Cable's Leadership. I also liked the character's inclusion in Uncanny X-Force Vol.3, with that fantastic art by Clayton Crain. I felt James Proudstar was an interesting backstory, brother of  slain X-Man Thunderbird,  reluctantly joining X-Force to avenge his tribe after betrayal of Emma Frost and the Hellions. 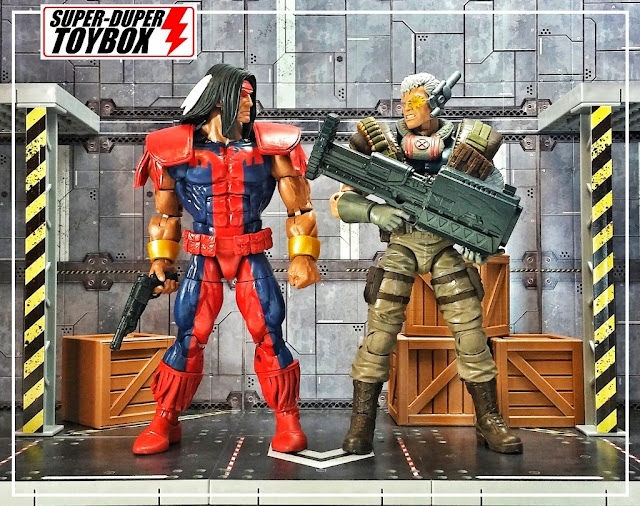 Above, Warpath with Marvel Legends Cable, and below with Wolverine, Colossus, and Storm... 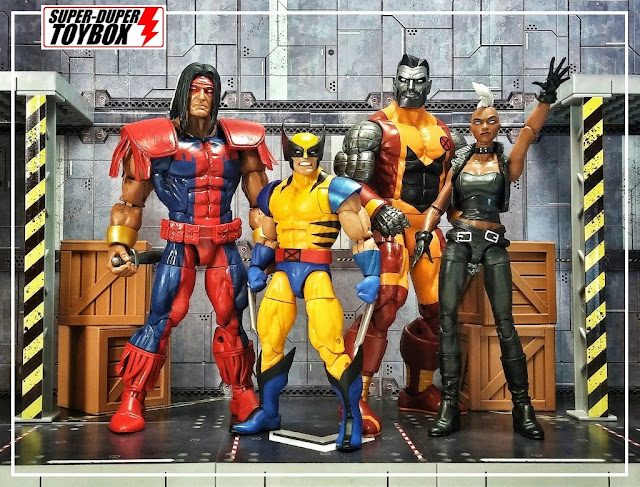 Is there any other reason to buy a Pirate Deadpool other than it's a Pirate Deadpool? I've taken a pass on most of the other Marvel Legends Deadpool figures released in the last two years, all of them great, but caved when it came to Pirate Deadpool, whose undeniable singularity tops them all. 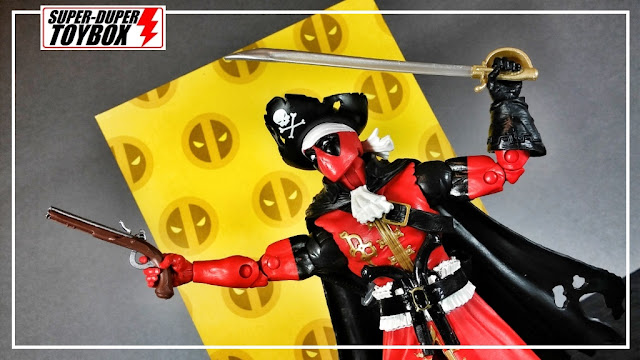 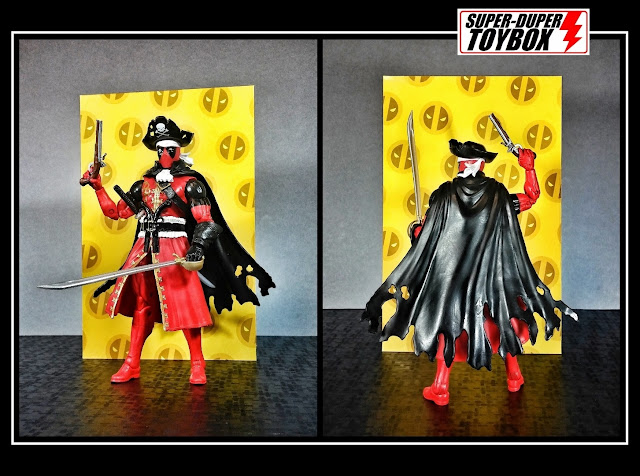 The articulation on this figure is somewhat limited due to his skirt and cape, but the sculpt and deco on Pirate Deadpool are fantastic. I wish the pistols in his belt were removable, but that bothers me less on this figure in than past figures somehow. Hasbro included a katana and rapier swords, as well as a separate flintlock pistol with a painted deco. Both swords can be stowed in the belt loops at his side, which can also accommodate the flintlock in a pinch. The sheer uniqueness of this figure demand it's purchase based on his aesthetic merits alone. I was unaware of Deadpool's buccaneer adventures detailed in Vol.2, Issue #14 (2009), but am now curious. 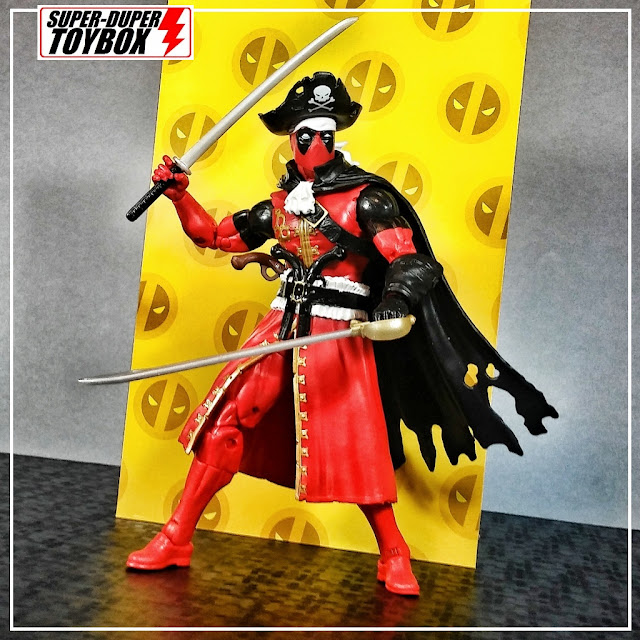 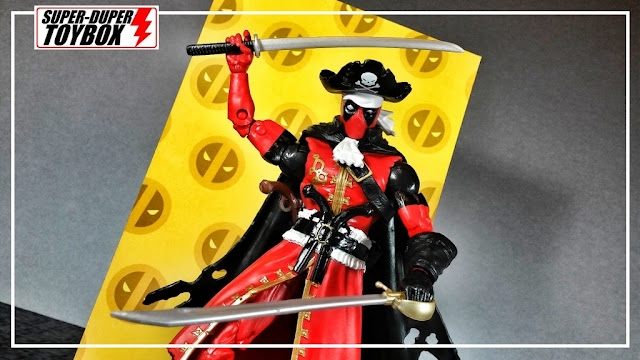 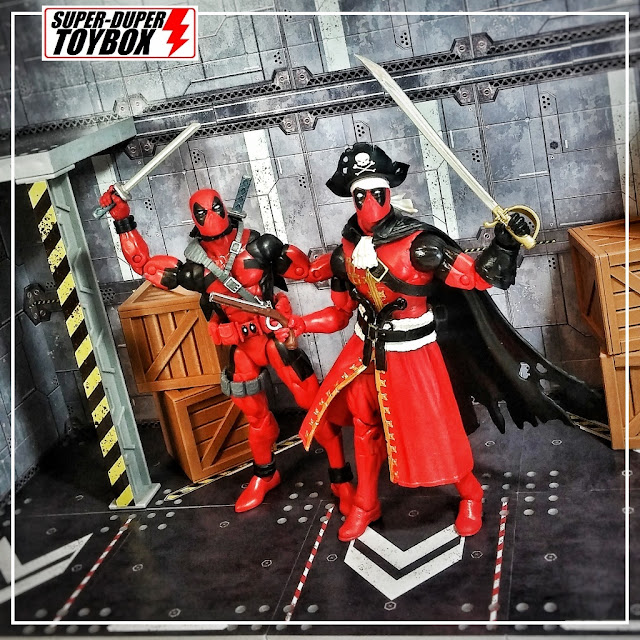 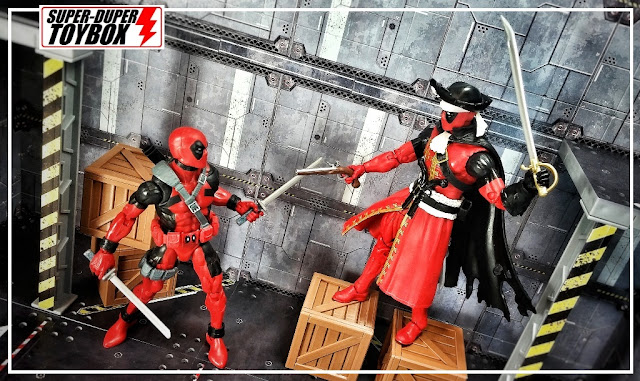 I had a lot of fun shooting these two figures, and I know a lot of fans were excited about the Strong Guy BAF from this wave, which looks great. I liked most of the other figures in this wave, but wanted to keep things to a dull roar and watch my spending. If you were reading X-Force in the '90s, there are some key characters here, and the Pirate Deapool is just too fun to pass up. 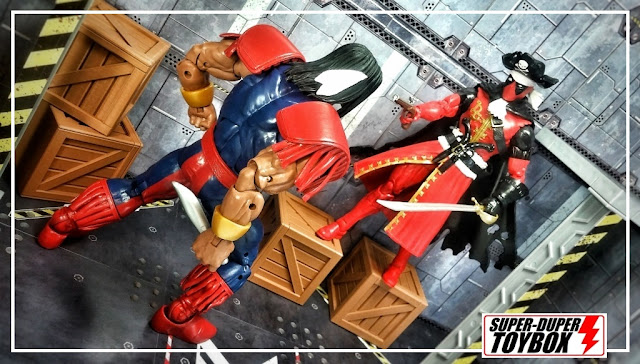 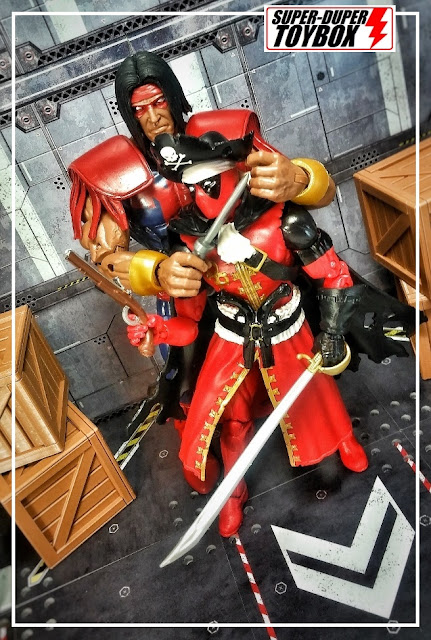 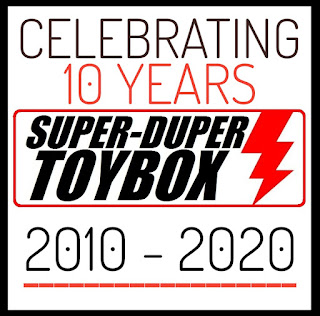 Posted by Super-Duper ToyBox at 11:25 PM