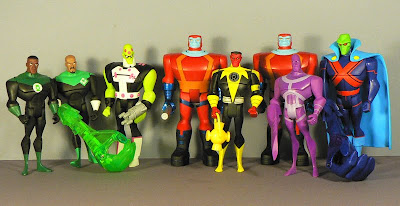 As promised a couple days ago, I'll now give you a better look at the 4 3/4" Justice League Unlimited action figures I picked up on my Tuesday toy hunt last week...

*Justice League Unlimited Fan Collection Sinestro
What's that you say, Sinestro wasn't in that group? True. I won him on eBay later for less than the figures found on my toy hunt. I just love Sinestro in the black & yellow Corps outfit! 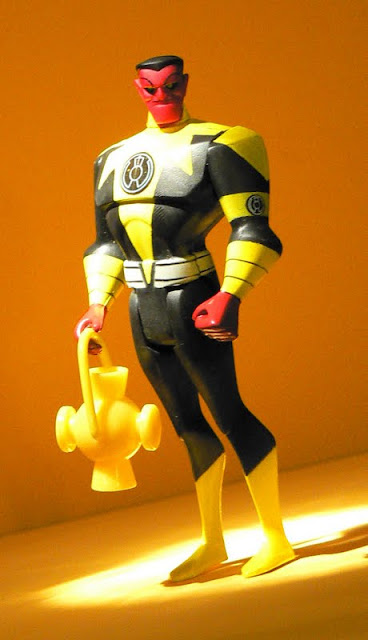 *JLU Fan Collection Green Lantern/Manhunter Robot  Fan Collection 3 Pack
As I said before- this set sealed the deal on this line of action figures for me- it was love at first sight! A solid value at $15.99 retail, and the best 3 pack from this line! 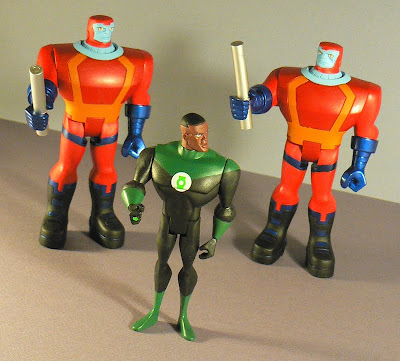 A closer look at the Manhunter Robots from this package- big, chunky, and FUN! 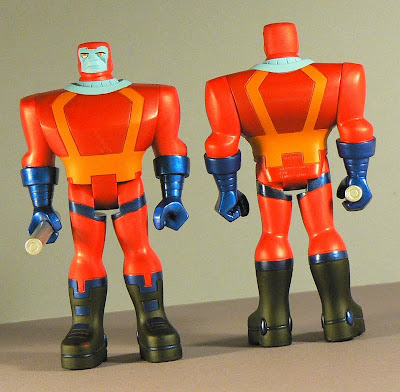 *Justice League Unlimited Fan Collection Power Ring
As it turns out the evil Green Lantern from Earth 3 has a rather unwieldy hand construct- he can't hold it well, even rested on the surface before him. I'm a tenacious professional however, and was able to get him to hold it above his head :D 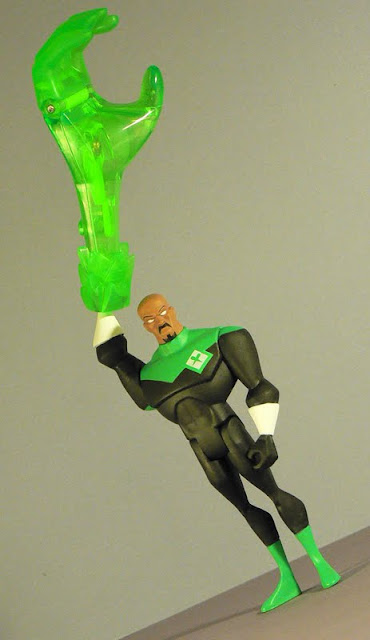 Pressing the small button on the hand construct releases the spring inside, snapping the grip closed... trapping Green Lantern John Stewart in this case! 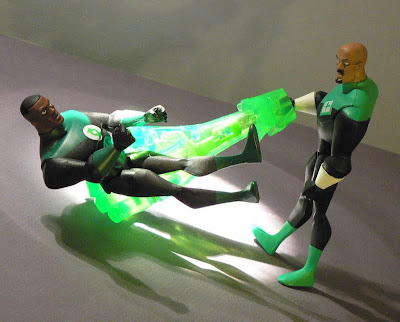 *Justice League Unlimited Fan Collection Brainiac
While I'm glad Mattel included it, Brainiac doesn't like to hold his accessory either. I like this goofy/cute version of Superman's nemesis, outfitted similarly to my DC Direct New Krypton Brainiac... 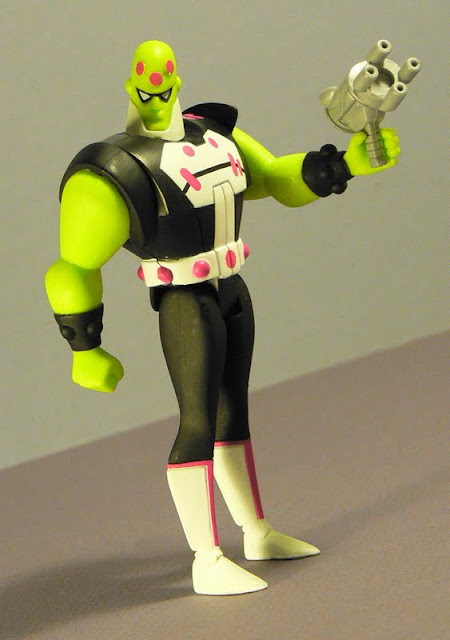 *Justice League Unlimited Fan Collection Parasite
I just read about Parasite in Alex Ross' Justice (DC, Oct. 2005- Aug.2007) l- he absorbs the powers from different heroes, making him a very dangerous adversary especially if he absorbs the powers of several of his enemies at once! I admire the way they designed this guy, though he looks a lot different from the sinewy, almost faceless,  pink creature in the comics. His big frown on this figure is simple and delightful- you know he's a villain! 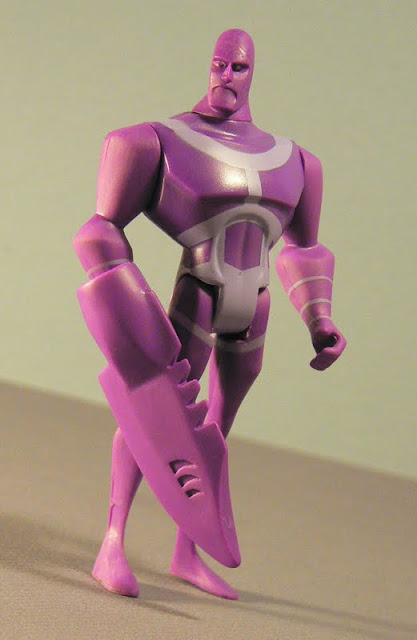 *Justice League Unlimited Fan Collection Martian Manhunter
There are several variant of DC's beloved J'onn J'onzz in this action figure line, and while there was a more conventional variant of J'onn on the peg,  I fell in love with this one at first sight! He is able to balance his
shape-shift hand accessory better than Power Ring, likely due to the weight of his cape. J'onn is a little bigger than the other figures, too, as he should be! 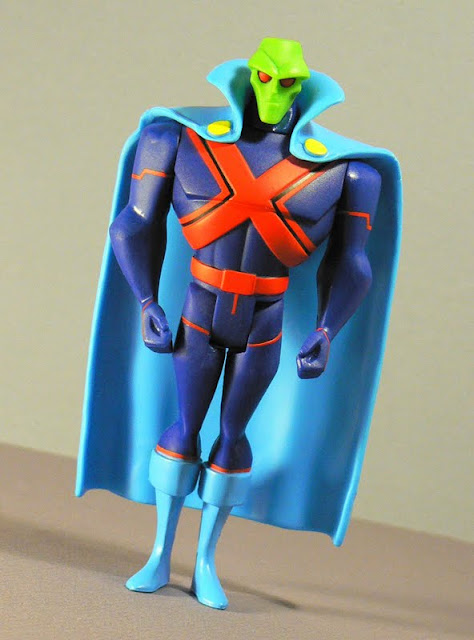 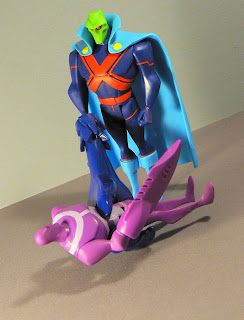 In closing, I wish these toys had come with small figure stands- they don't like to stand on their own, on account of their tiny feet! I'll be on the lookout for an alternative to the very expensive box of stands Mattel released for these -if you have a suggestion please lemmie know!

At $8.99 retail per single figure (Target), these can add up quickly- and personally, I feel that's a little steep. They are cute and fun, but the Brave & The Bold figures I'd been buying for $7.99 at Wal-Mart are a better VALUE- they stand up on their own easier, and have more useful accessories.
Posted by Super-Duper ToyBox at 9:44 PM