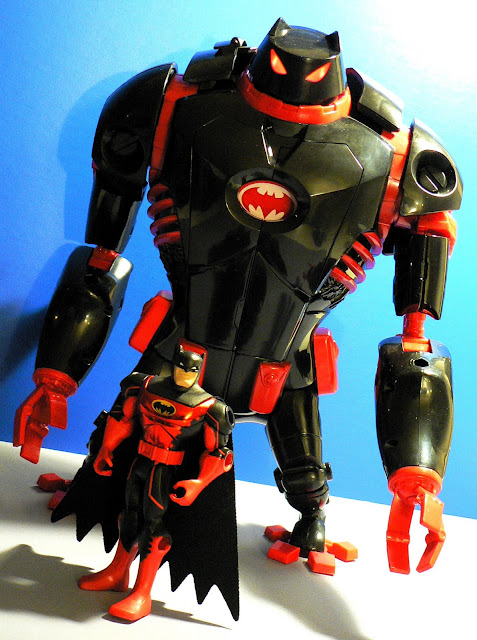 The fun I experienced getting the Batmobile from the Brave & The Bold Series by Mattel was only trumped by scoring this bitchin' Proto Bat-Bot!  I was actually surprised at big this thing is- towering over the 4 3/4" action figures of this line, this colossal toy is 12" tall, 8" wide, and just a hair under 3 lbs. He's a whopper!

Proto Bat-Bot's hidden chest cannon is revealed when you twist his head clockwise, lighting up his eyes when he announces "Mega Blaster Activated" and "Great Job, Partner" in a breathy Adam West delivery (who in fact voiced the character on the TV show). 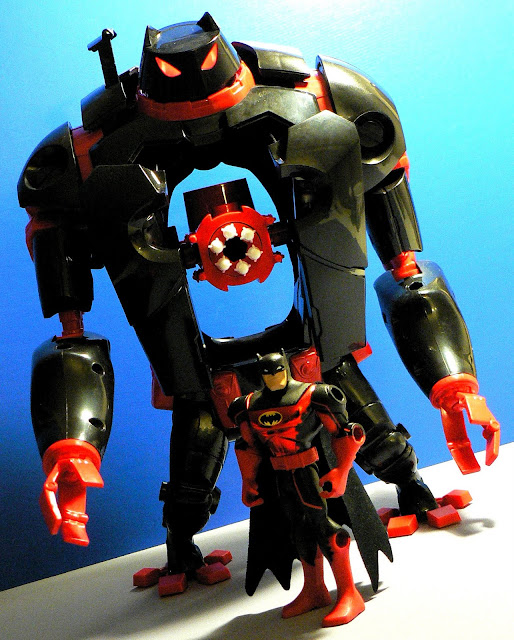 The projectiles are rapidly ejected by manually depressing the button at the rear of the cannon. The lever atop Proto Bat-Bot's left shoulder and red button on his right shoulder blade allow the chest bay doors to lock open and the cannon inside to spin, causing a great deal of commotion and enjoyment. I was delighted, to say the least :D 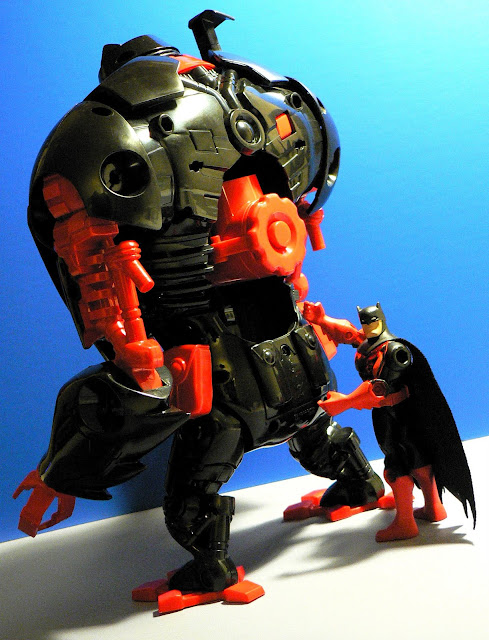 I had underestimated Proto Bat-Bot's level of articulation slightly,  finding the range of motion in his elbows and shoulders pretty good. His elbows extend from a right angle all the way out, and his swivel shoulders make a full circle. This short legs only bend slightly at the knees & hips, though this is helpful for balance when holding a figure in his flexible robot claws... 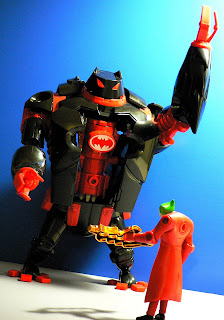 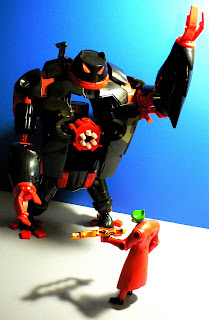 It looks as though Joker won't be getting away this time! 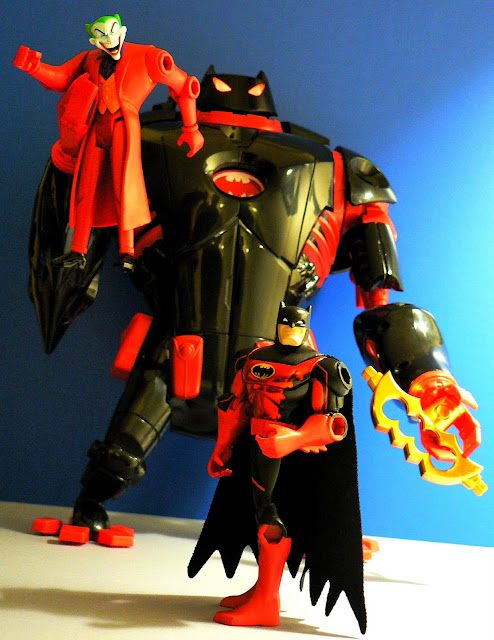 Plastic Man stops by to lend a helping hand to Batman (in his Stealth Blast Armor) in loading Proto Bat-Bot's cannon... 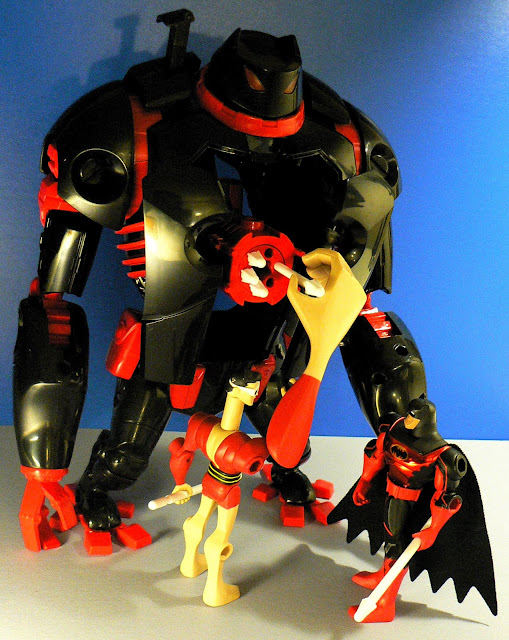 Eminently qualified in the field of robotics as he is an android himself, Red Tornado assists with a jam in Proto Bat-Bot's gun bay doors... 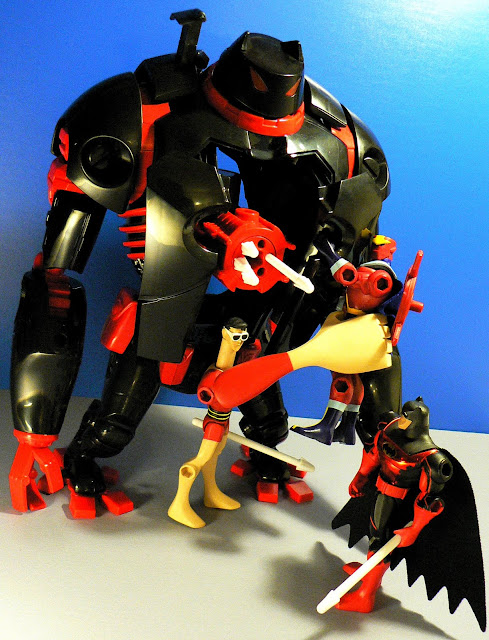 ...and with the help of his fellow heroes, Batman has Proto Bat-Bot up and running again!﻿ Now that's teamwork! The Man of Steel stops in to check progress, shake hands with good friends, and bear witness to Batman's impressive creation... 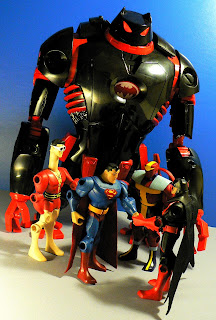 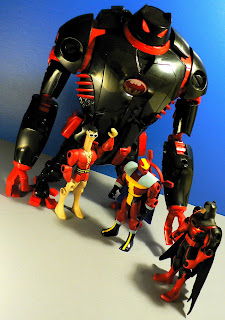 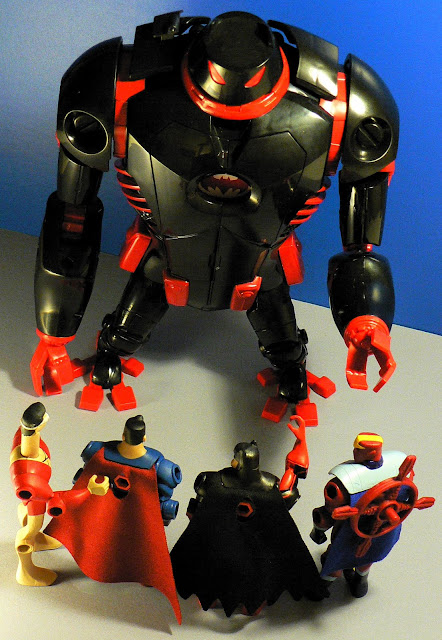 I can't keep my hands off this wonderful toy- it filled me with such joy that it nearly brought a tear to my eye- I'm talking about real happiness... what I'm trying to say is that I love this toy- I love this toy like a child would. Sorry about a dozen extra large pics in one post, but you can clearly see that the play value is high in this big boy :D 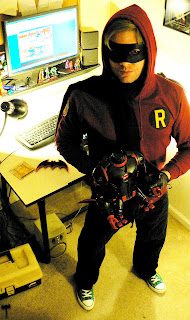 Have a FUN Weekend!﻿

Posted by Super-Duper ToyBox at 1:59 AM