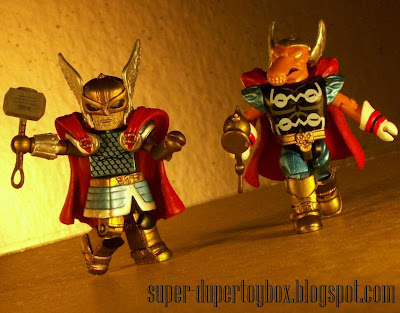 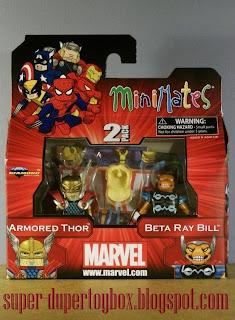 While I liked the last set of these I bought, I said I wouldn't buy any more, the main reason being my wanting to avoid an addiction to them. My resolution got flushed when I saw this killer Marvel MiniMates 2-pack of Armored Thor & Beta Ray Bill- FUN! Some times with a 2-pack you get one MiniMate that doesn't particularly interest you, or one with a dull sculpt or deco- neither of which were the case here. Not only did both these guys have great winged helmets, but they both had metallic paint apps. A killer couple of MiniMates I couldn't pass up!

I guess I don't have to defend the epic nature of these two caped warriors- I mean, behold the greatness! We all know Thor, but some of you may not be familiar with Beta Ray Bill, alien Korbinite who challeged the Defender of Asgard for hismighty hammer Mjolnir back in 1983:

Spy organization S.H.I.E.L.D. detected an alien fleet passing through Earth's solar system, with Director Nick Fury asking Thor to investigate. When Thor finds the advance ship, it scans Thor and perceives him to be a threat. Unable to stop Thor, the sentient ship - called Skuttlebutt - revives Beta Ray Bill, who is in suspended animation. Bill battles Thor to standstill, until the ship reaches Earth's orbit, where one of the mystical enchantments of Thor's hammer Mjolnir comes into effect, being that Thor will revert back to his mortal persona of Donald Blake if separated from the hammer for more than sixty seconds. Blake is knocked unconscious by Bill, who examines Blake's cane (Mjolnir's "shell" when Thor is in Blake's form) and on striking the cane receives Thor's power and costume. (Wikipedia) 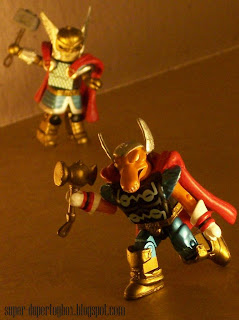 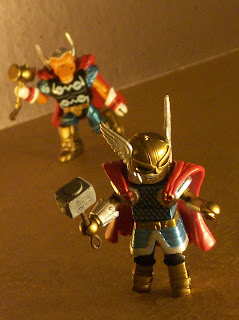 Odin proposes a challenge between the two in the fiery Asgardian realm of Skartheim to decide who will  wield Mjolnir, where the two warriors knock each other unconscious. Bill saves Thor from going over a lava flow, believing he is too worthy an opponent to die, and refuses the hammer realizing Thor needs it to protect Asgard. As a token of compromise, Odin has the same dwarf weaponer craft Bill a different hammer, Stormbreaker, which is equal in power to the enchanted Mjolnir. Beta Ray Bill has remained allies with Thor and the Asgardians ever since. 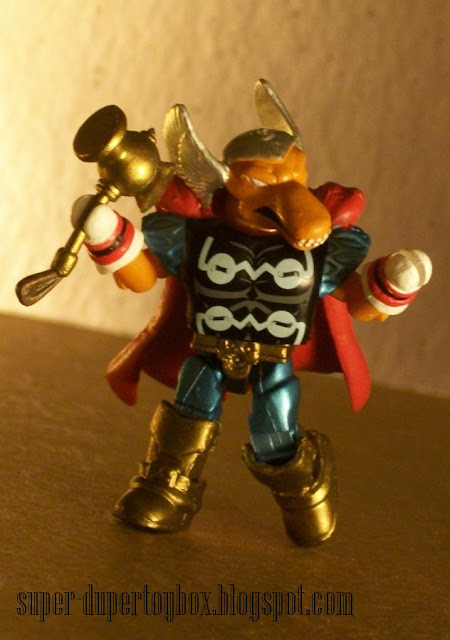 Complimenting  Beta Ray Bill is, of course, Thor the Thunderer, in his armored guise. Thor comes with a feathered toupee, for use when not... wait a minute... why would you not pose him in that killer helmet! Like his companion, Thor has metallic paint throughout, including his chain mail torso. Thor's cape is removable, though I'm unsure why, unless it made for a simpler assembly. The details in this tiny figure are great, including the line of verse printed illegibly small on Thor's hammer Mjolnir ("Whosoever holds this hammer, if he be worthy, shall possess the power of Thor.") That impressed me! 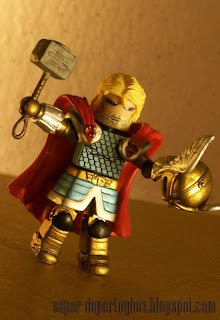 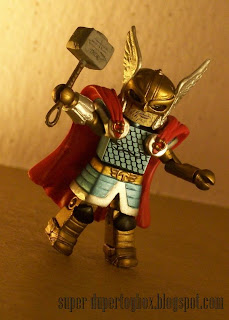 I've become a bigger fan of Thor since getting back into comics in late 2010, and in spite of the criticism I kinda had fun watching the movie last year. And I think it's safe to say we all enjoyed Hemsworth in a group dynamic for the recent Avengers blockbuster. I've been watching episodes of that great Avengers animated show on YouTube lately as well, which may very well be the best Marvel animated show ever. And speaking of animation: I realized I've never really read a comic with Beta Ray Bill, though he did have a role in the Planet Hulk movie I'd seen recently. 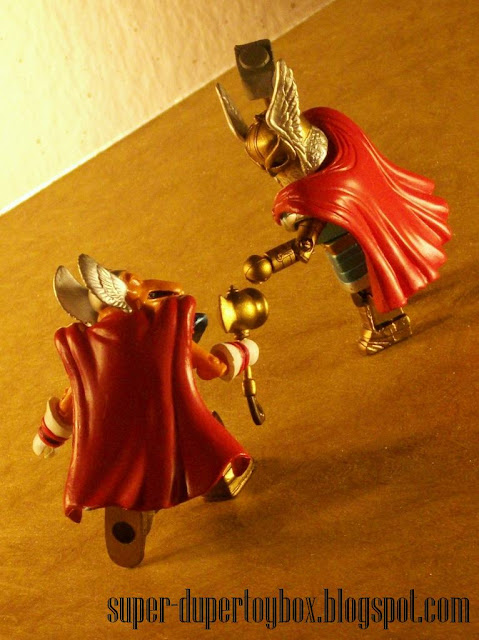 Like the Silver Centurion & Crimson Dynamo MiniMates 2-pack, it was the great character combination and coordinating deco on this set that made this a must buy for me. While I completely understand the appeal of this line of action figures I'm not a MiniMates collector that said, these are exceptional. 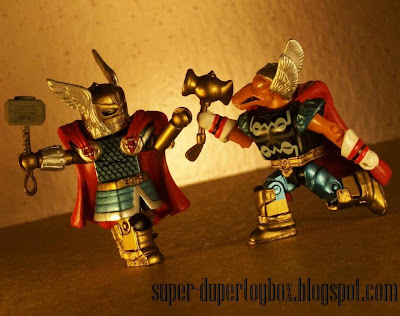 And now for some BIGTOY/littletoy fun, Armored Thor & Beta Ray Bill with my 6" Lord of Asgard Thor: 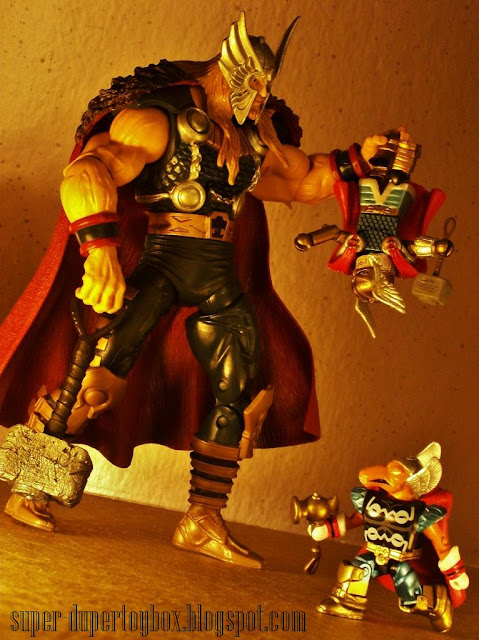