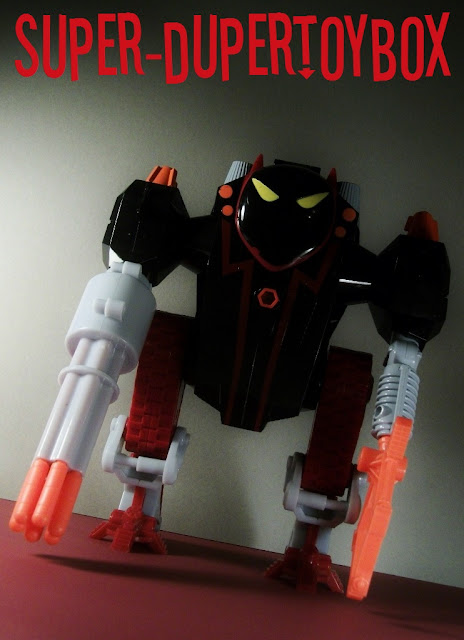 Perhaps even harder to find than the Cosmic Crawler in my last post, was this used Brave & The Bold Cyber-Tank- in fact my only option was the same eBay seller! Sure, I could have paid sixty dollars for a new one in the box which came with two figures, but a third of that price was more my speed. The original package included a Blue Beetle figure and a black & red Batman variant which I wouldn't have minded having, but it was this vehicle that I really wanted. 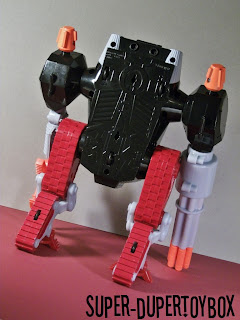 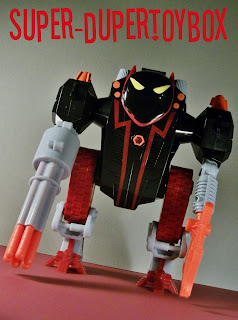 I was more interested in his Bat-Bot mode as you can see, and for obvious reasons. The arms and legs attach to the chassis via the same type of accessory hex-slots see on all the B&TB action figures, and can ratchet into basic, limited positioning to aim and pose. While his knees are articulated between the two tank treads, he likes standing firmly on both fit, titled back slightly if in the firing position. 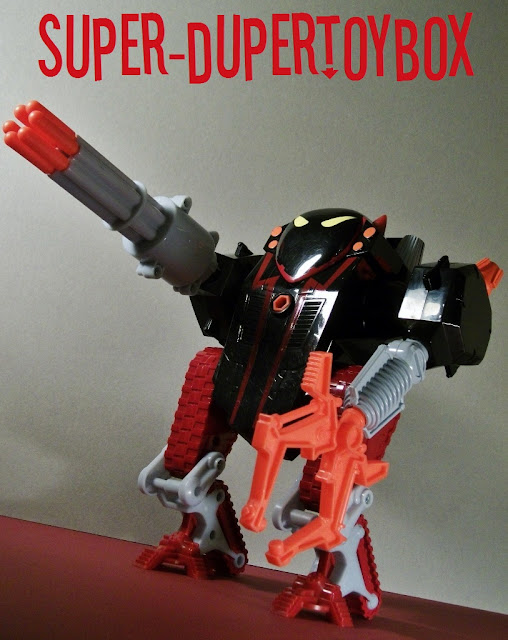 The Gatling gun fires it's six missiles by twisting the knob at the shoulder with an ample, but safe projection- the same as my larger B&TB Proto Bat-Bot. the other arm wields a claw engaged by manually pinching the spring loaded ears from behind. It's not as impressive at the projectile accessory, and has a weak grip, but adds variety to the figure. 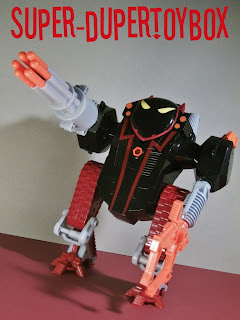 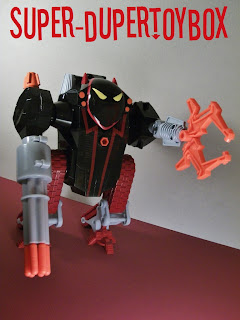 I love the scowling eyes on this little guy, and his red highlights- with just the right shapes and lines in his design, Mattel made him look adorably menacing  :D   In the TV show, Proto Bat-Bot has to help stop Batman's own Bat-Bot army from destroying Gotham when their circuits go awry. 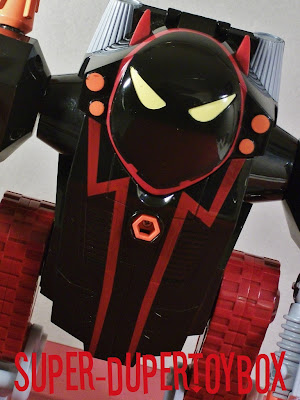 The hood/head pops open to reveal a cockpit to place your Caped Crusader! I put my B&TB Stealth Blast Rocket Batman inside to take place of the other black & red Batman that originally came with this set... 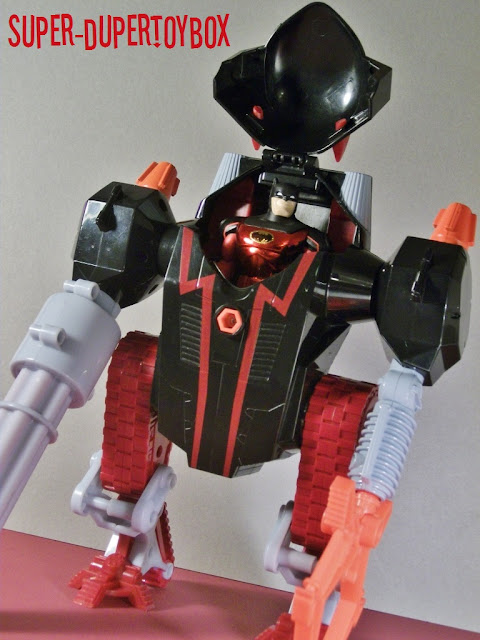 And yes, there's the tank mode as well. There are small wheels underneath the tracks that roll well enough on smooth services. It's not an all-terrain vehicle or anything but it rolls. This assembly seems secondary to me with the ability to display a robot, but it's fun. I love the Gatling gun on this toy- it works great! 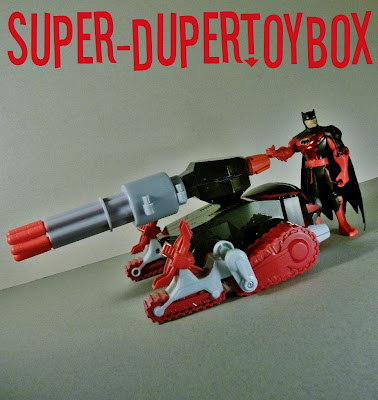 You can also turn turn this thing into a walking claw of sorts for chasing down Batman's enemies, like the Stealth Strike Riddler...!  I was pleased the walker would hold a figure up without tipping. I wish the claw had a swivel joint to hold the figure in an upright position like this while in bot mode, but that's a small gripe. 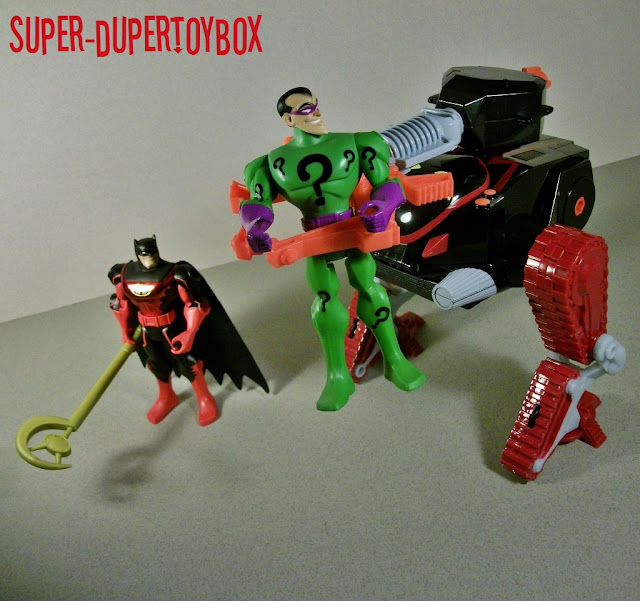 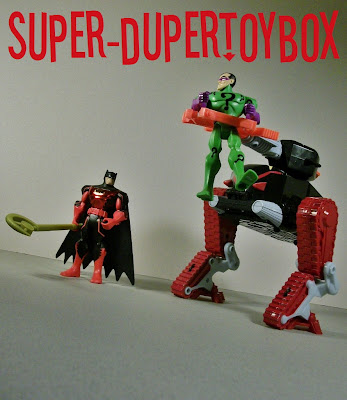 While this Cyber-Tank bot cannot compare with what may be favorite toy ever, the B&TB Proto Bat-Bot, he makes a nice companion piece that I knew would provide a fun photo session! Here are a few I took while playing with my Bat-Bots...   :D 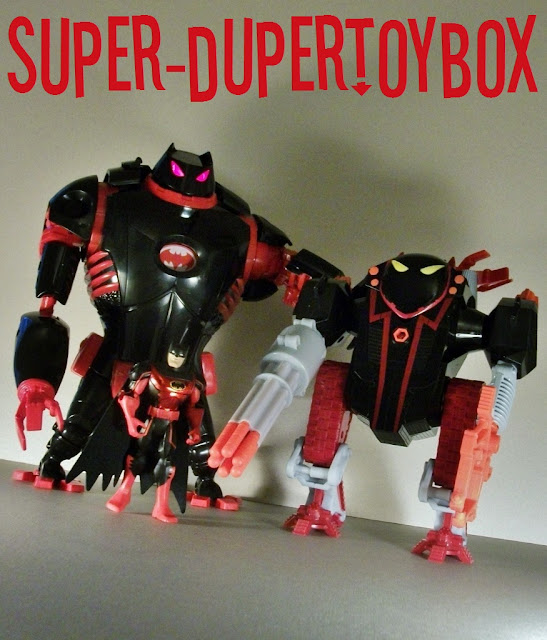 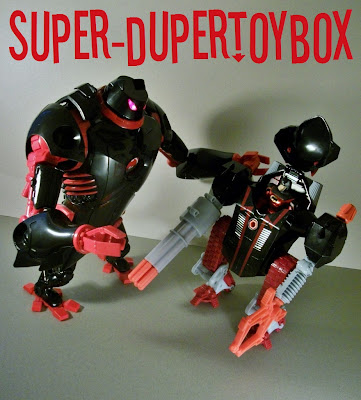 *See my video of the Proto Bat-Bot in action! As I've said more than twice, he may be my favorite toy of all time. As you might imagine, I have many a favorite toy, but the Proto Bat-Bot trumps all others. I actually hugged him with joy after getting familiar with all his functions- in essence, I loved him as a child would. He's not just a toy, he's like my sidekick... like the Guardian of the Super-DuperToyBox!  Getting him out to photograph with his new companion was EXTRA fun   :D 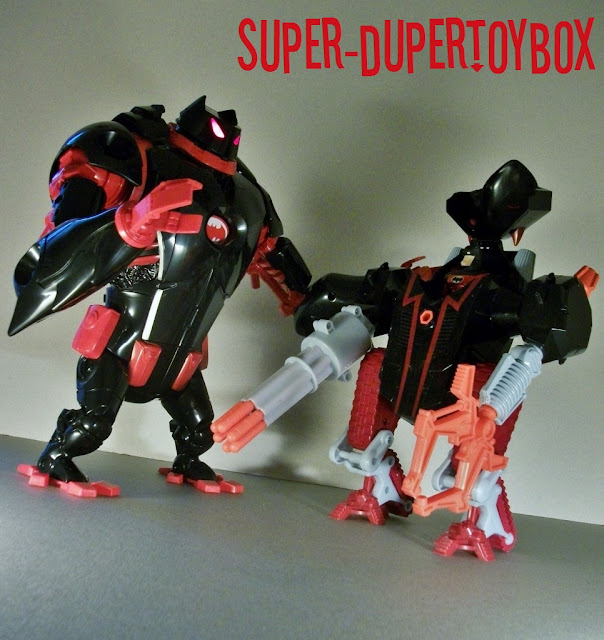 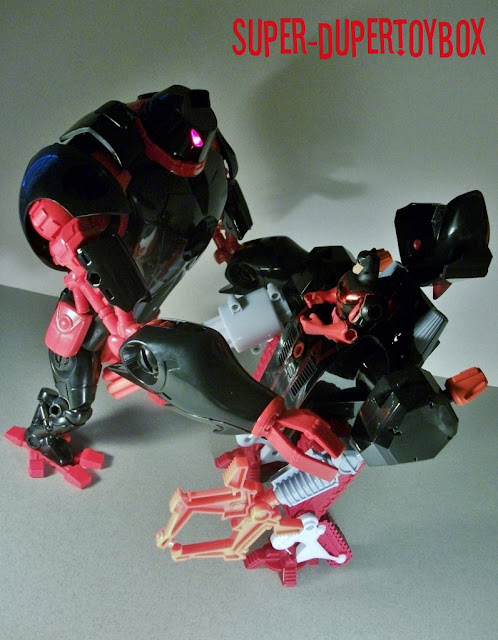 Email ThisBlogThis!Share to TwitterShare to FacebookShare to Pinterest
Labels: Batman, Batman: The Brave and The Bold, Mattel, Proto Bat-Bot, robot