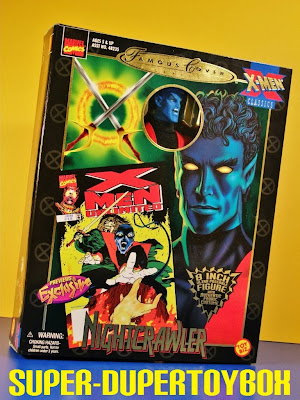 The ToyBiz Famous Covers series were some of the first action figures I collected when starting the Super-DuperToyBox. Like Mattel's 8" Retro-Action figures, these reminded me of my Mego World's Greatest Heroes dolls from childhood- large action figures with real fabric costumes. I scored this guy three years ago, and have even had him on display in my home, but haven't properly documented him until now. These toys had great packaging that the figure could easily be put back into for display or storage- I have fourteen of these, and they are still among some of my favorite action figures. 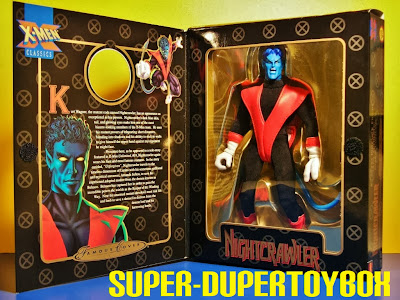 Nightcrawler here is from 1999, and is in tip-top shape, all his joints tight, and costume in mint condition. These toys had pretty good articulation, including hinge-swivel shoulders, hips wrists, and ankles, all of which work well on a character like Nightcrawler.  Since he doesn't wear oversized rubber gloves or boots some of these toys have, his ankles and wrists are more useful. 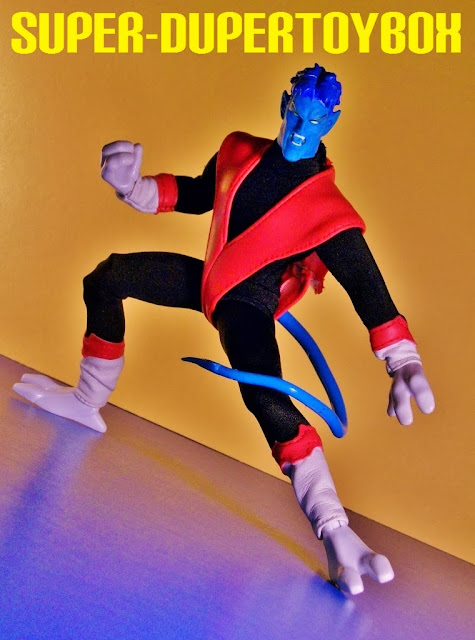 The feature of this toy that really makes it is Nightcrawler's bendable tail that can be posed in any position! Really fun! his costume looks good, thought the overlay is a little bulky, the back a little diaper-like at the velcro adjustable seam above the tail.The overall impression is really good however, and he's great fun to play with! 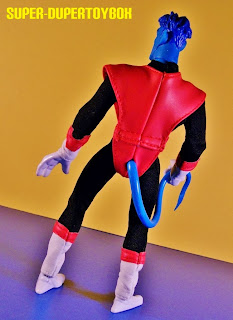 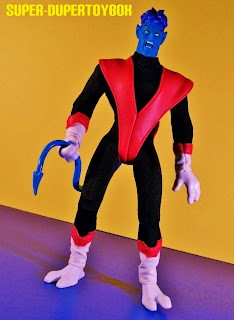 I thought of this toy recently when in discussion with Miss M on which X-Men character we'd be, quickly deciding she would be Kitty Pryde for her child-like enthusiasm and good natured demeanor. She asked who I'd be, and I said Nightcrawler just as assuredly. I'd loved to have said Wolverine, Colossus, but I'm not ruthless, powerful, nor genius. No, I'm more plucky and playful, like the swashbuckling blue elf, and perhaps more sensitive/spiritual like Kurt Wagner as well. 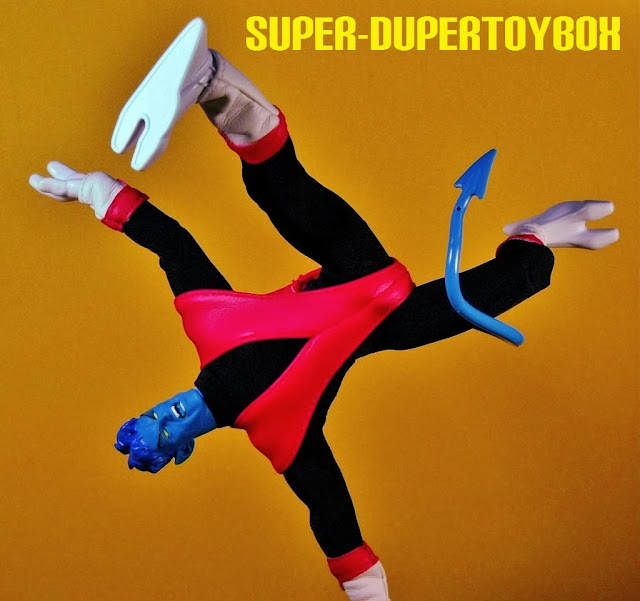 I was also reminded of Nightcrawler recently when picking up Amazing X-Men #1, the first five issues featuring the character's return from the afterlife in "The Quest For Nightcrawler". I guess I hadn't really kept up on him, because I hadn't realized he was killed off in 2010. While it's true the character that artist Dave Cockrum introduced in Giant-Size X-Men #1 back in 1975 doesn't get the same marquee status that Wolverine enjoys, he's classic X-Men to me, and Ed McGuiness' great illustration of Nightcrawler on the cover of Amazing X-Men sold me instantly. I'm two issues into this new title and really enjoying it! 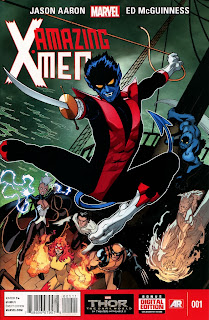 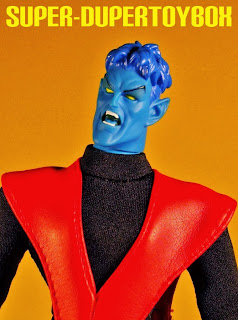 Some collectors weren't crazy about the open mouths on some of the Famous Covers toys, but they did do a great job on the teeth here. I'm not crazy about the 90's haircut they sculpted on Kurt, but he looks good and is an outstanding figure in many ways, both among this line and on his own merit. 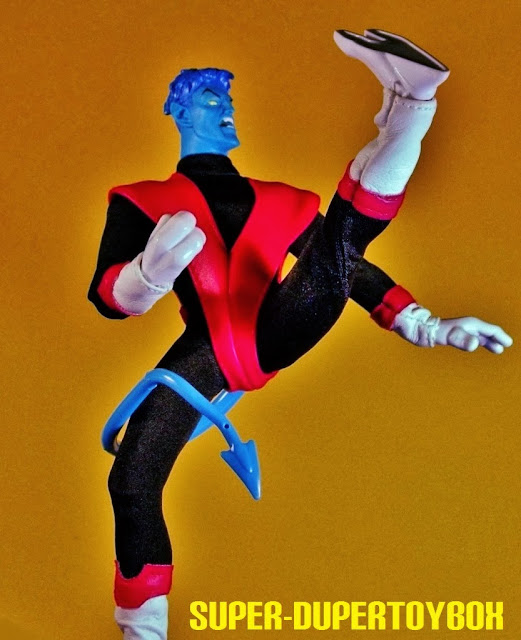 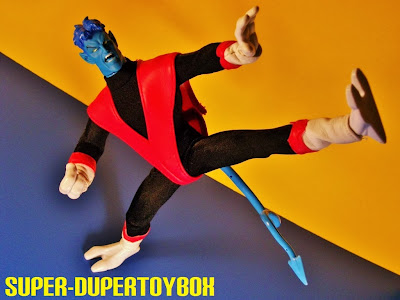 Pictured below is my Famous Covers Nightcrawler with Magneto and Wolverine. ToyBiz released some X-Men movie figures later on around 2000, before Hasbro got the Marvel licence and produced their own short-lived line of 9" dolls. 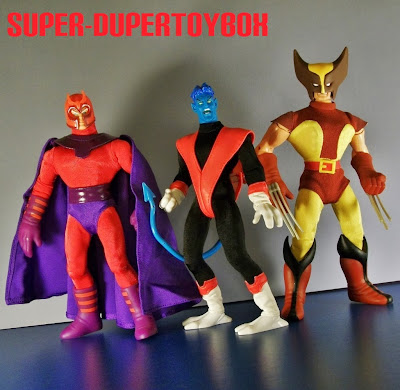 -Read Thomas Wheeler’s Flashback Review of the Marvel Famous Covers line, and be sure to check out my other Famous Covers posts on these interesting toys. 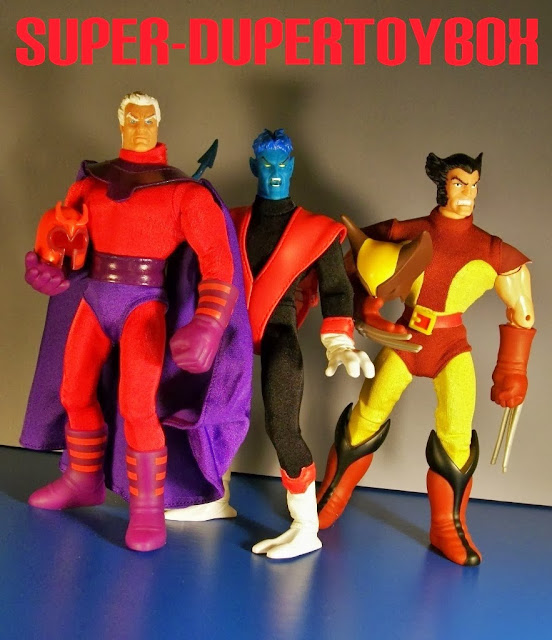