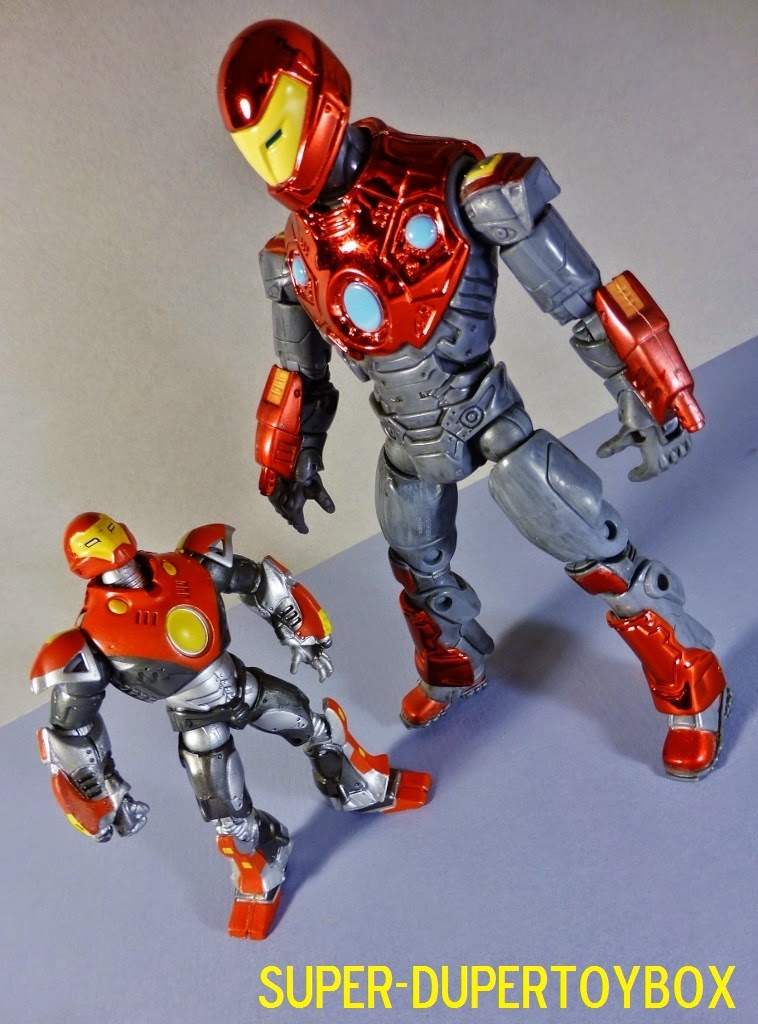 I wanted to show a few more pics of the Marvel Legends Annihilus Wave Ultimate Iron Man that Miss M sent me, and figured it would make a great BIGTOY/littletoy post with my Iron Man 2 Ultimate Iron Man. Hasbro released the 6" Legends figure in December of 2006, and the 3 3/4" Iron Man 2 on January of 2011. I have dozens of Iron Man figures in both scale, many in complementary style like this. I've said before this character just lends himself well to collecting with such a wide array of armory. 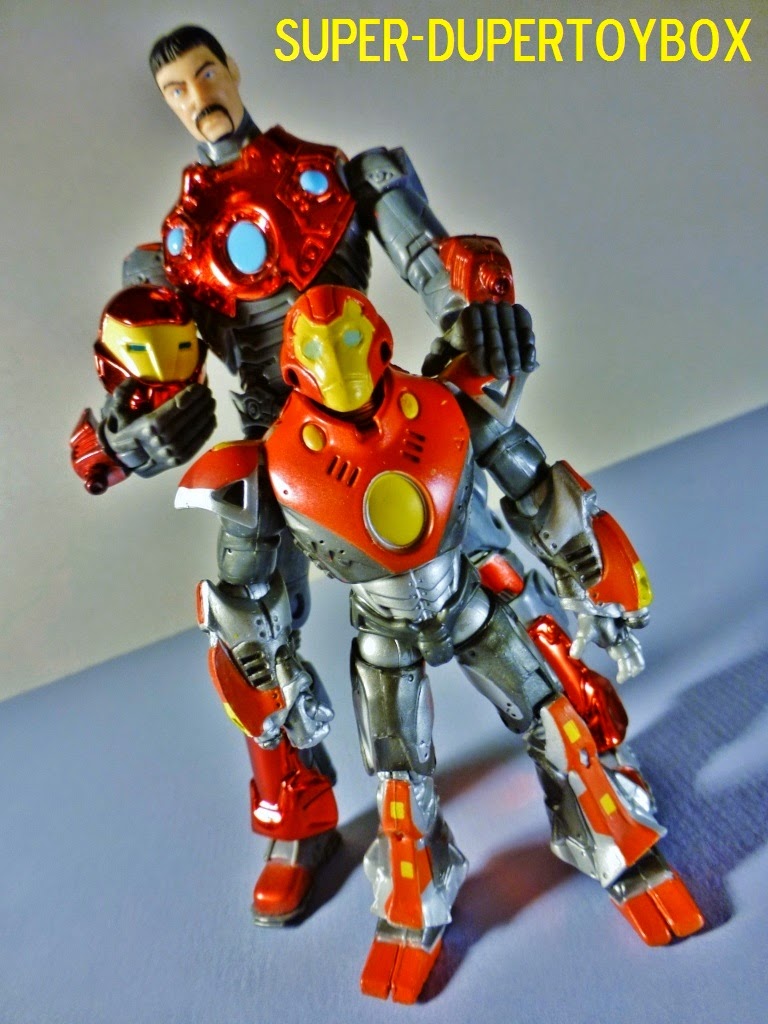 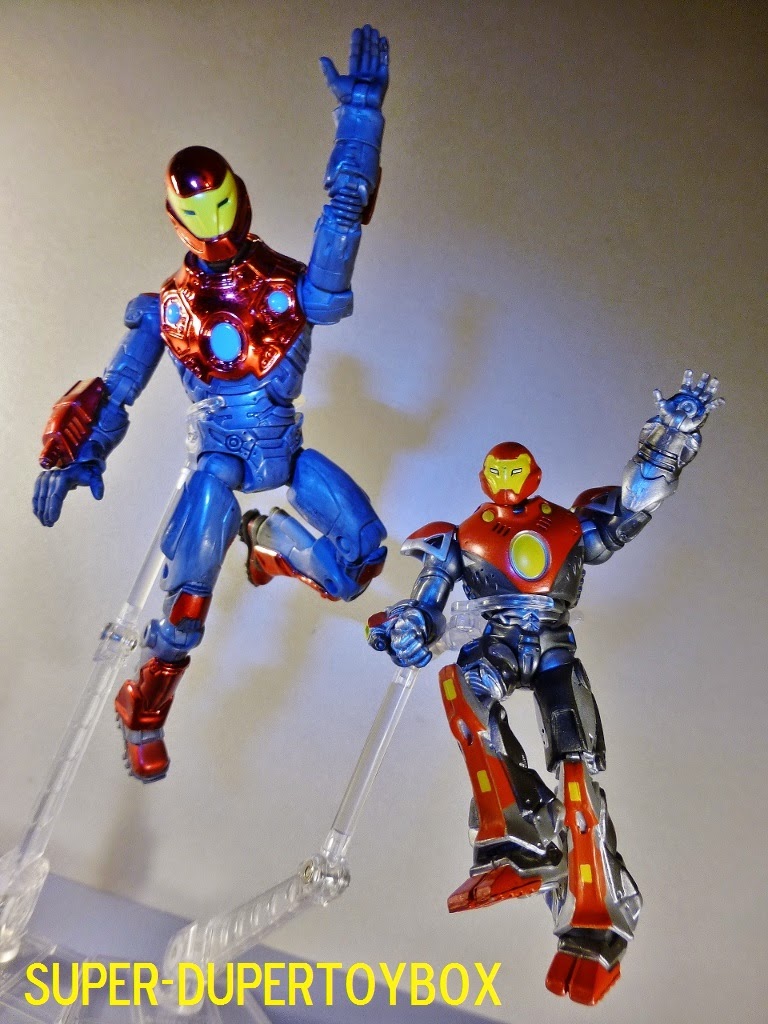 See the Iron Man 2 3 3/4" action figure checklist at It's All True.Net, and collections page at Marvel Legends.Net! Also be sure to pop on over to my Boyish Wonder Pinterest and see more BIGTOY/littletoy photos- one of my favorite ways to play here at the Super-DuperToyBox! 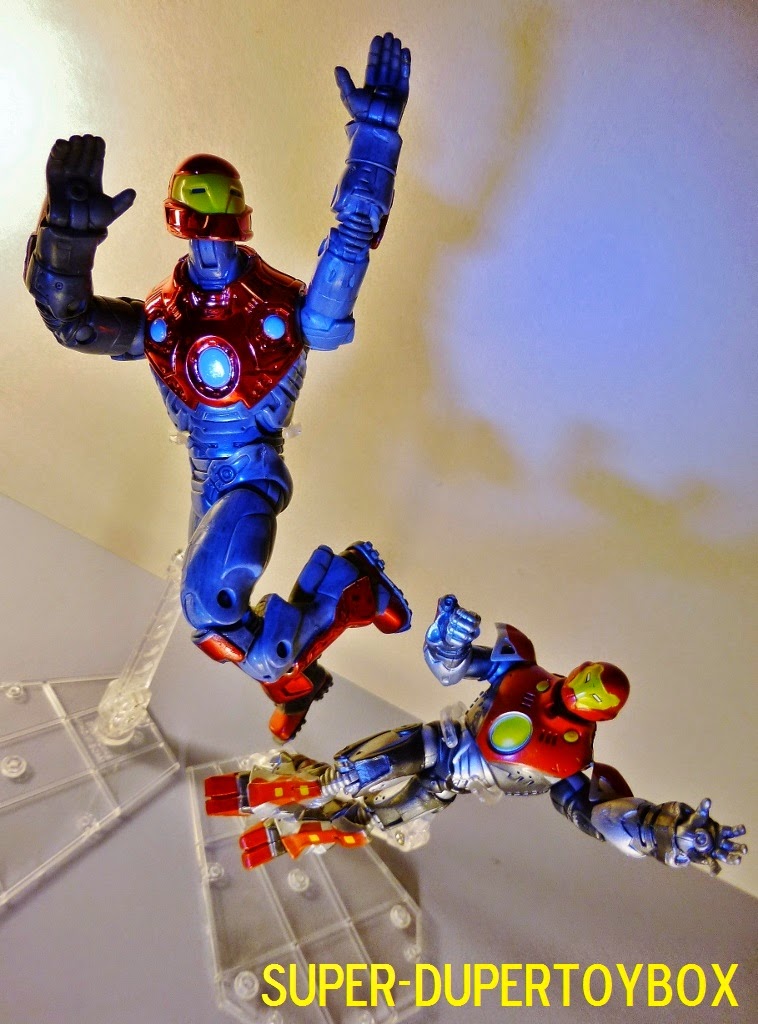 More Later-Make It FUN!
Posted by Super-Duper ToyBox at 7:12 AM