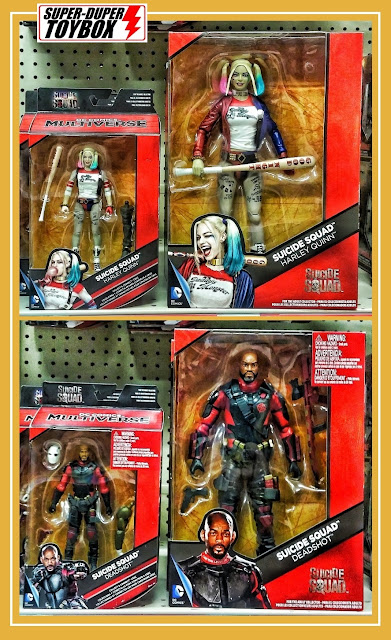 BubbaShelby reminded me this weekend that it had been awhile since I last posted here on the SuperDuperToyBox, and while it's been on my mind and I have plenty in my collection to show, the truth is that I'd been very busy posting on my Super Fun Hot Wheels Blog. That said, Bubba's comment did inspire a trip to TRU to check out the scene, which was revealed some new  Suicide Squad merch, including six and twelve inch Mattel figures pictured above and below. I loved these! There were only Deadshot and Harley in 12", but there is also a Joker! 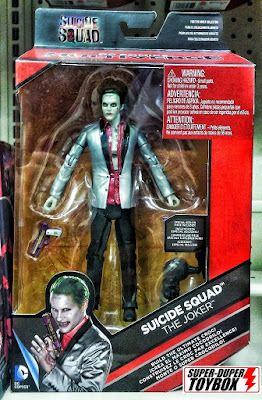 Also on the shelves were some great Jada diecast statues of the Joker, Harley Quinn, and Deadshot! I have an Batman v Superman Armored Batman like this from Jada, which has some problems standing, but these don't look as top heavy. 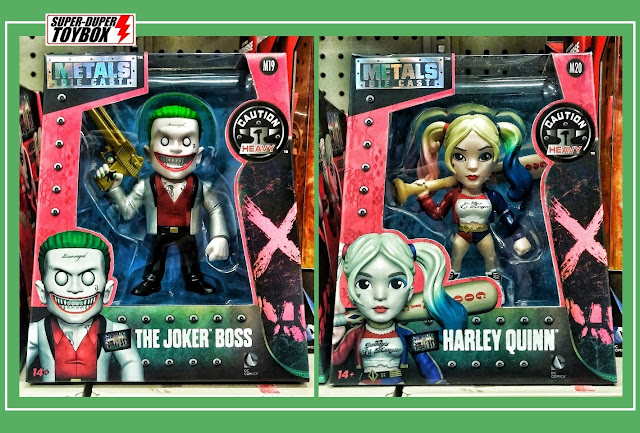 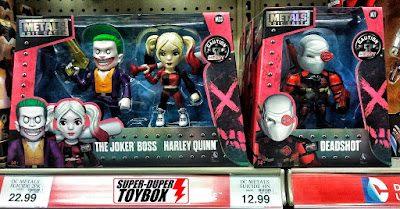 It looked as though the demand for '66 Batman merch has slowed, most of it on sale for 30% off! Very tempting, but I'm so far behind photographing what I'd bought this past spring that it wouldn't make sense. 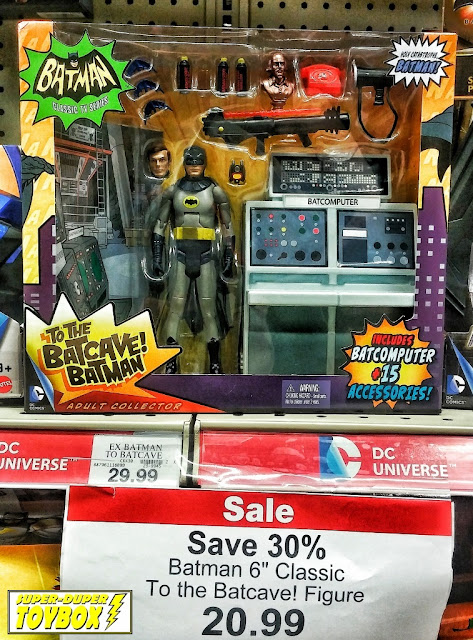 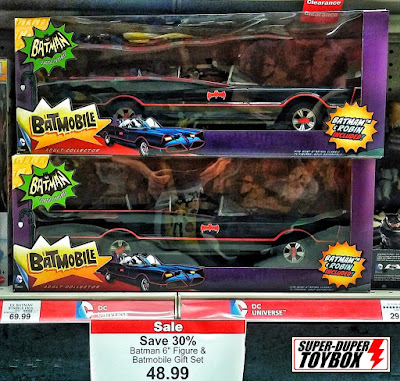 Also of personal interest was this great Mini Mezitz Batman Returns box set- at $24.95 the value is dubious, but what a great pack! This is possibly my favorite Batman movie of all time- I still have  the movie poster, which I framed around the time I started this blog. 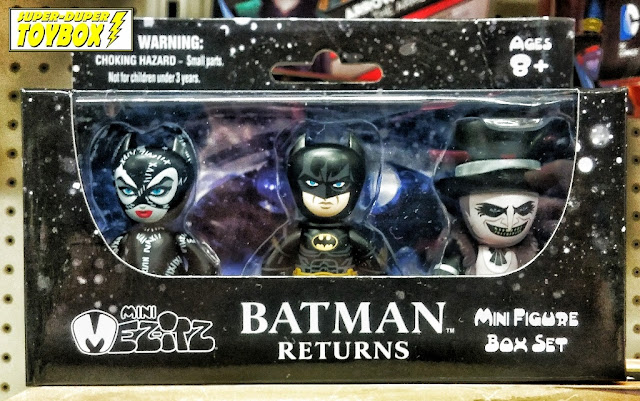 While I've seen DC Direct/DC Collectibles release multi-packs of Batman and Superman, this may be the first time I've seen Mattel do it. If you are new to collecting action figures, these would get things started for you in a fun way! I collected from all these different lines, except the 6" Batman v Superman series... 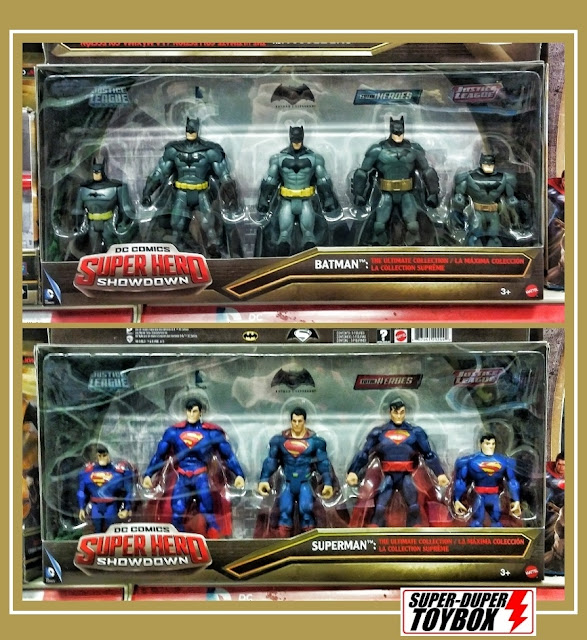 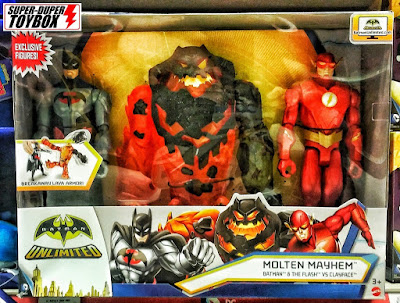 And finally, what I went back to check out once more, these extremely cool Green Arrow and Bat-Mech figures from Mattel. While it's started to gain some more traction due to the recent Batman v Superman film, as well as the comics in the last year, Batman as an armored mech can be hard to come by. It's been a theme present in recent animated TV shows like Batman: The Brave & the Bold my personal favorite, but we usually otherwise get an armored Batman- this is a robot! While I do have a sort of Green Arrow sub-collection, my collection of Batman figures, unusual and conventional, is far more expansive, so I chose the Bat-Mech. Tomorrow I will post about him- meet me back here! 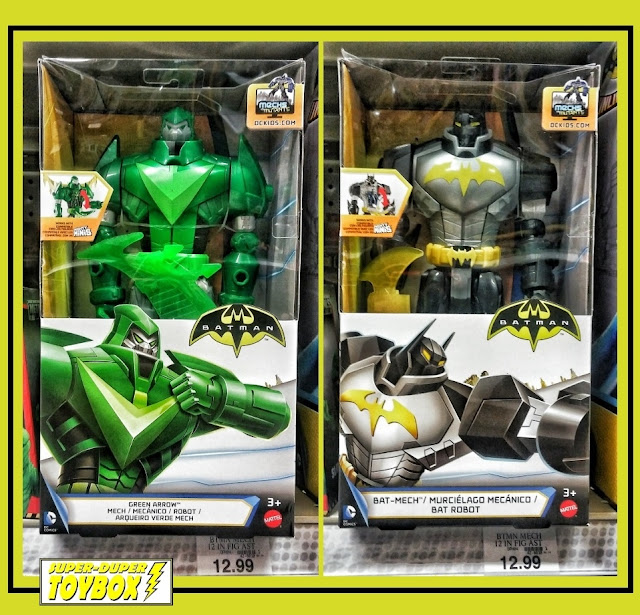 Posted by Super-Duper ToyBox at 10:49 PM