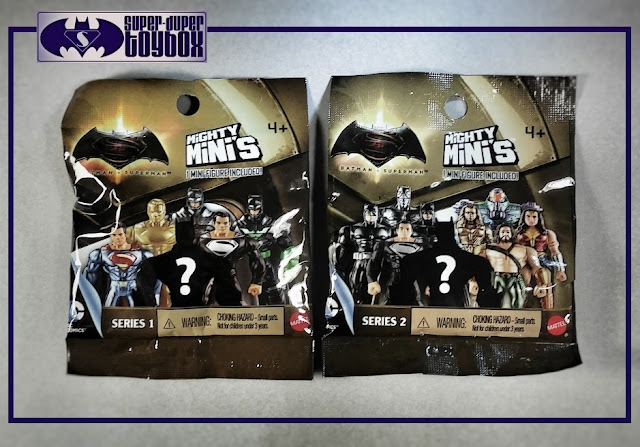 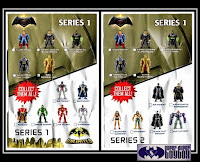 I don't want to get too caught up in these as they are a poor value dollar-wise, but did hunt down this Mighty Minis Series 1 Gold Superman and Series 2 Silver Batman recently. That said, I kinda want an Aquaman and/or Robin now, and there's also a bronze colored Wonder Woman. While I like the monochromatic Mighty Minis. it would be fun to have a couple more with some color. I've said before, the DC Imaginext are superior in design and twice the size, but I am drawn to these  impossibly tiny 2" action figures, in spite of their balance issues. 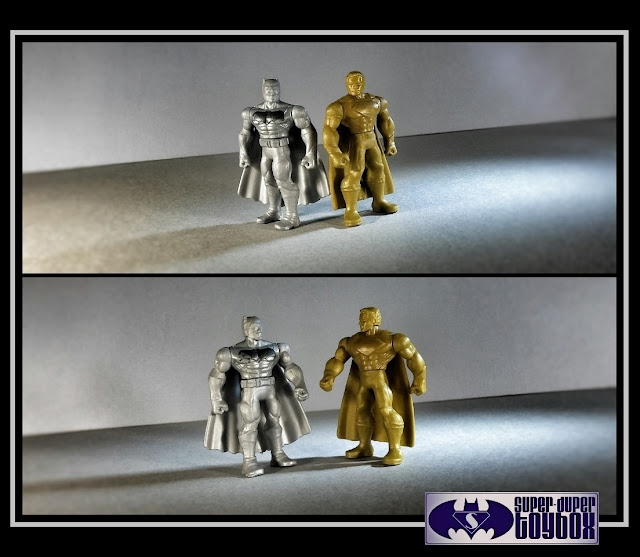 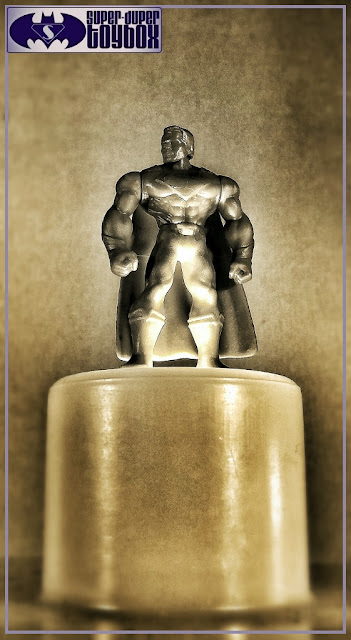 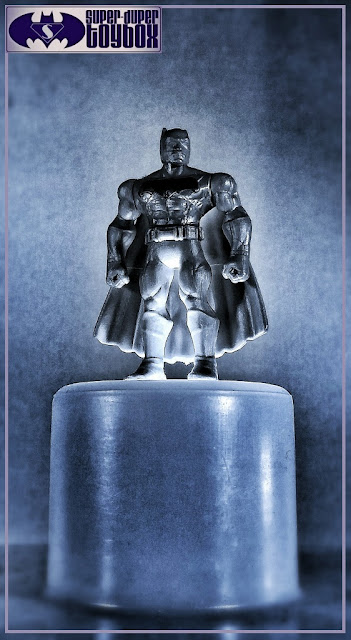 Below, the Series 2 Silver Batman with Batman v Superman Series Armored Batman, which has the best sculpt of any of these, and may be my favorite. I'd like to find the Armored Batman Unlimited Series Batman to compliment these... 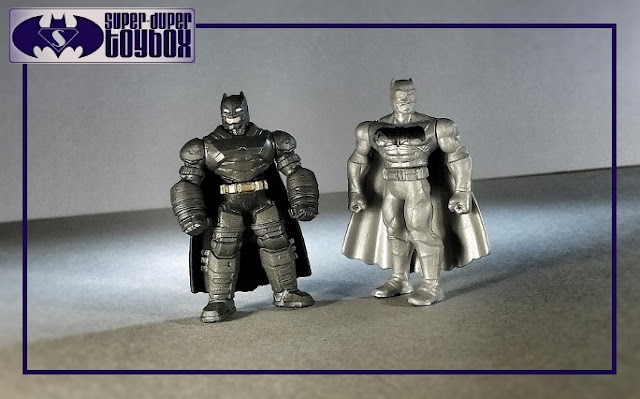 Below, the 11.5" Bat-Mech I review this summer with the featured Superman and Batman, and Armored Batman who resides in the Mech's chest loading cockpit...

Posted by Super-Duper ToyBox at 10:00 PM