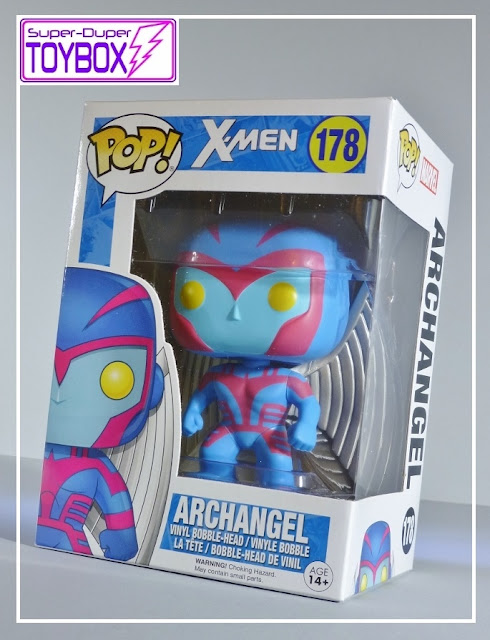 I try to buy as few of these Funko POP! as possible, but occasionally one comes along in a favorite character, and I have to pick it up. Such is the case regarding the new X-Men Series Archangel. I love the '80s design, and was always drawn to the silver wings of this character. Warren Worthington was Angel of the original X-Men, brainwashed by Apocalypse to become the most feared of his Four Horsemen! Check out the video:

Featured in the video above, Funko POP! Archangel with AOU Vision...

POP! Archangel with some other Archangel action figures in the Super-DuperToyBox, including my 10" Deluxe Toybiz Archangel. See more of my 3.75" Marvel Universe collection in my January 2013 post! 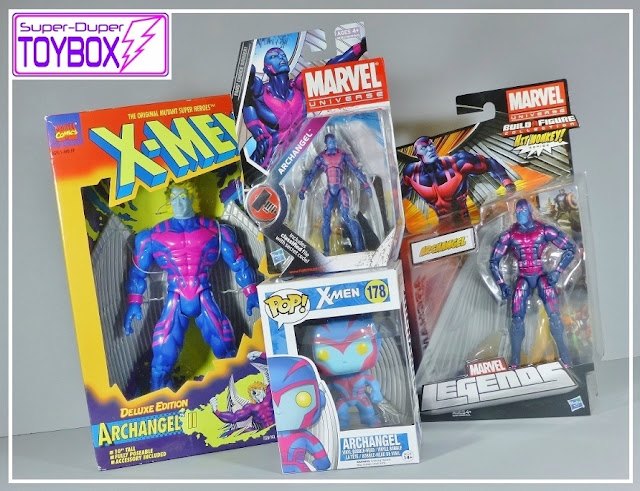 More Later- Make It FUN!
Posted by Super-Duper ToyBox at 9:19 AM