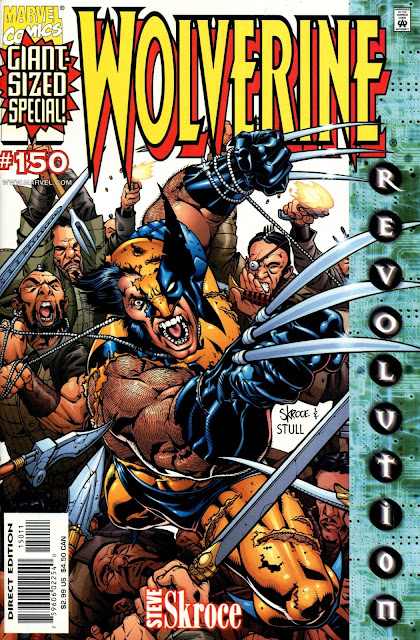 Finding comics in the dollar bin that are worth the search can be a challenge, but I found myself on the hunt again recently, and felt pretty good about this Wolverine #150 Giant-Sized Special. I probably found the familiarity in the first issues of Wolverine, Vol. 1 by Chris Claremont and Frank Miller- one of my earliest experiences with the character. All the elements are there, including scenic Japan, Silver Samurai, Yukio, betrayal, and an exuberantly outnumbered Wolverine. "Blood Debt" story line is basically four issues, staring with #150, a callback to some of the characters surrounding Logan's beloved Mariko and her clan, the Yashida. Things get tense between Kenuichio (Silver Samurai) and a resentful Logan, who blames Mariko's death and the corruption of her clan on her brother, now corrupt and drunk. The confrontation and resulting hasty exit by Logan are watched by ambitious eyes... 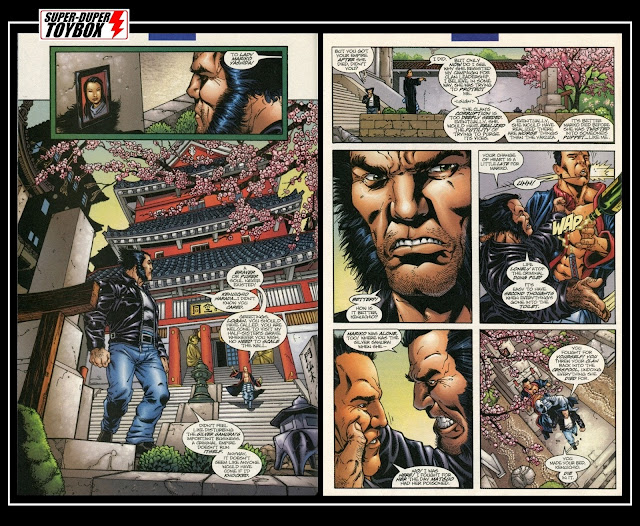 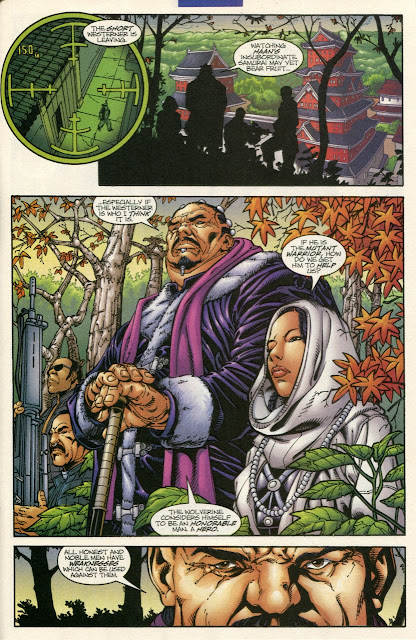 Logan's erstwhile girlfriend Yukio enters the story, hand full watching over Amiko, Wolverine's adopted, but neglected daughter. Logan must reason with the angry child that Yukio can provide for her in ways he cannot, and his constant absence is regrettable, but out of duty. 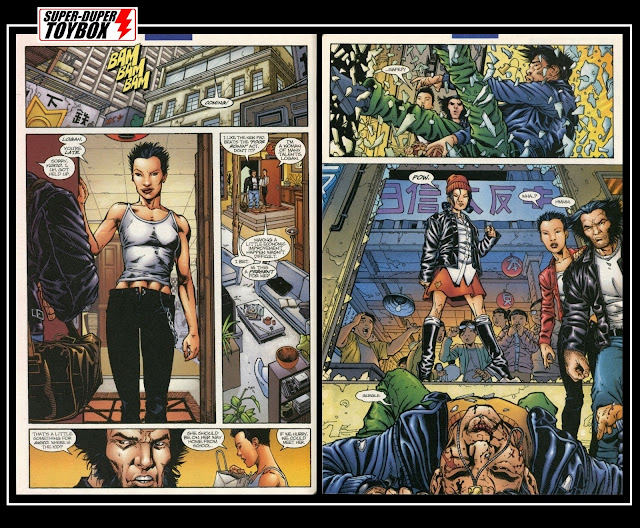 I loved this page with Silver Samurai bashing in Yukio's door, sword ablaze! Seemingly confrontational, Kenuichio had actually been attacked, and had come to warn Logan of Haan Kaishek's intent to overthrow the clans as part of his criminal empire. 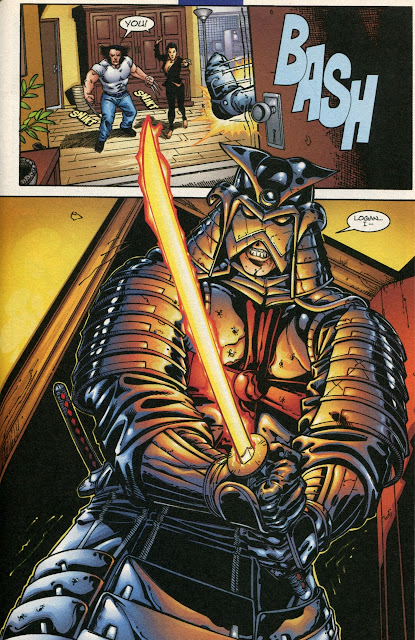 Haan's men find Kenuichio, Logan, Yukio and Amiko, attacking the penthouse and splintering the group.  Haan eventually catches up with Kenuichio, running him through and sending Logan into a berserker rage! 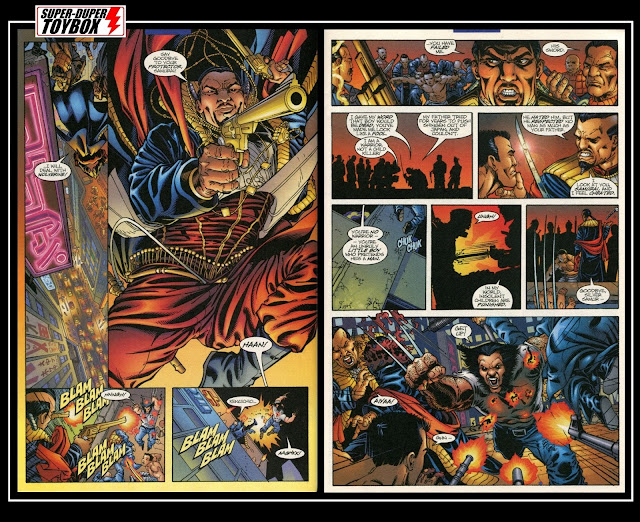 Kia distracts Logan long enough for Gomm, Haan's brother, to pop a cap in his adamantium skull, demanding he dispatch the former so he may claim his birthright at the head of the clans. Video of the captured Yukio and Amiko force our hero's hand into the middle of a clan war! 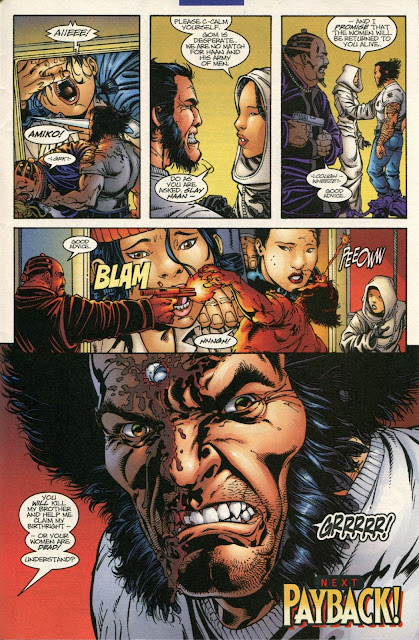 In the back of this issue were notes on the story and art, including pencil sketches by artist Steve Skroce, and part four of a Spider-Man/Avengers short plopped right in the middle. I enjoyed the art and reunion of characters in Wolverine's modern mythology of this issue- it was a fun return for me years later, found in the dollar comics bin!

More Later- Make It FUN!
Posted by Super-Duper ToyBox at 9:41 AM