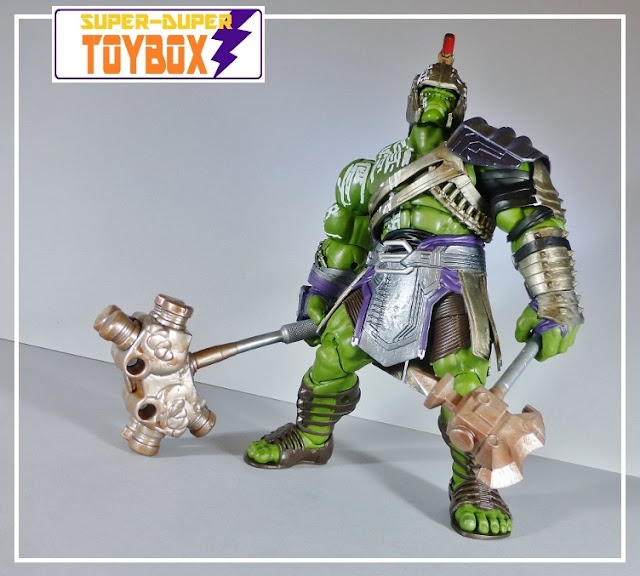 As much as I admired the recent Thor Ragnarok Marvel Legends Series, I was mostly interested in this Gladiator Hulk BAF, and I'm in the midst of unloading a lot of my action figure collection. I just don't need all the extra figures, and as much as I paid for him, I still saved a lot of money buying Hulk on the secondary market. His articulation is hindered by his bulk and armor but he can do enough for me, and the sculpt and paint are a high mark for Hasbro Marvel Legends. Check out the video:


I picked up a loose Gladiator Thor from another seller. which like many figures from the Legends Ragnarok Series, is also a great figure in his own right. Like Hulk, Thor has an asymmetrical design, great colors, and a super-detailed sculpt are admirable. The pegged cape likes to come undone when posing in extreme positions, and his swords are made of an easily bent, rubbery plastic, like Hulk's accessories. These issues aside, Thor is so artfully done otherwise, it's hard to complain. 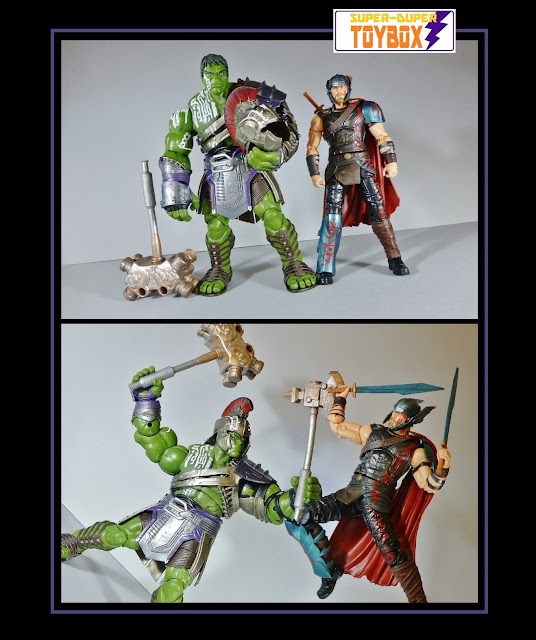 In the video above are some comparison shots with other figures, including the 14.5" Marvel Legends Hulk I bought this summer, and Angela from the Guardians of the Galaxy Series, who makes a great companion to these two. I've heard some nitpicks regarding both these recent Hulk figures, but they are probably the best two we've ever had. Getting two Hulk figures this good in one year, along with a figure like Angela, seems to have set a new bar for Hasbro Marvel Legends, backed by several other great figures produced recently. 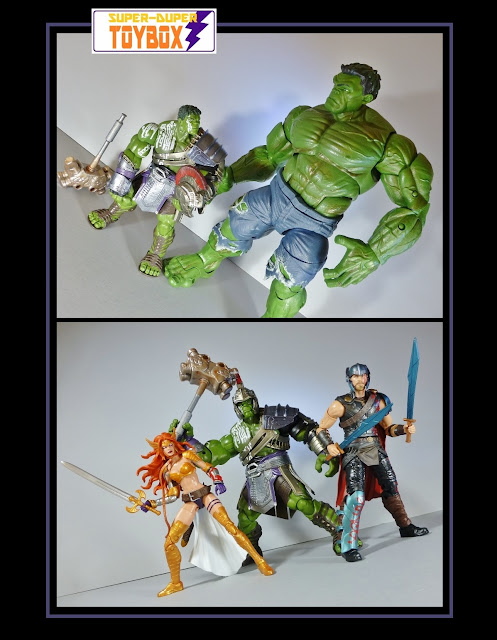 
More Later-Make It FUN!
Posted by Super-Duper ToyBox at 12:00 AM