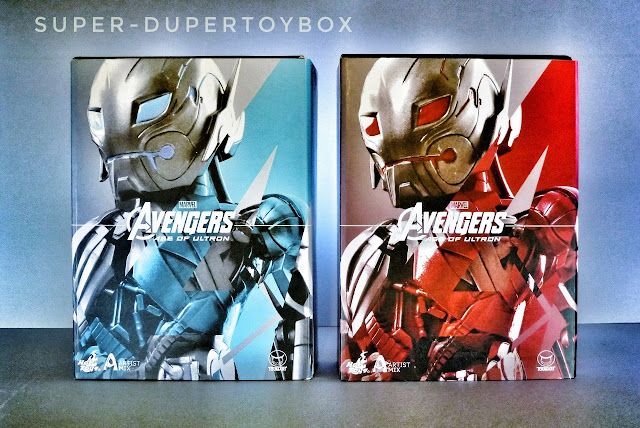 Following up on my post the Hot Toys Artist Mix Avengers AOU Deluxe Set- Series 2, both variants of the Series 1 Ultron Sentry I picked up around the same time at the end of this summer passed.  I said about these before that while their bobble heads gave me mixed feelings initially, Japanese vinyl artist Touma's wonderful designs eventually won me over. Check out the video:


There is an Ultron Prime available among the Hot Toys Age of Ultron Artist Mix Series, but I preferred the Sentry head sculpt, designed more in keeping with Ultron's classic look. The blue "Version A" figure has a little red in his paint apps, "Version B" decorated as precisely only in red. These are a bit more expensive that your typical Funko POP! vinyl, which I also love, but the craftsmanship is exceptional. Shop for your best deal always, as I paid less after prices came down on these- not the case for every figure in the series I've found. 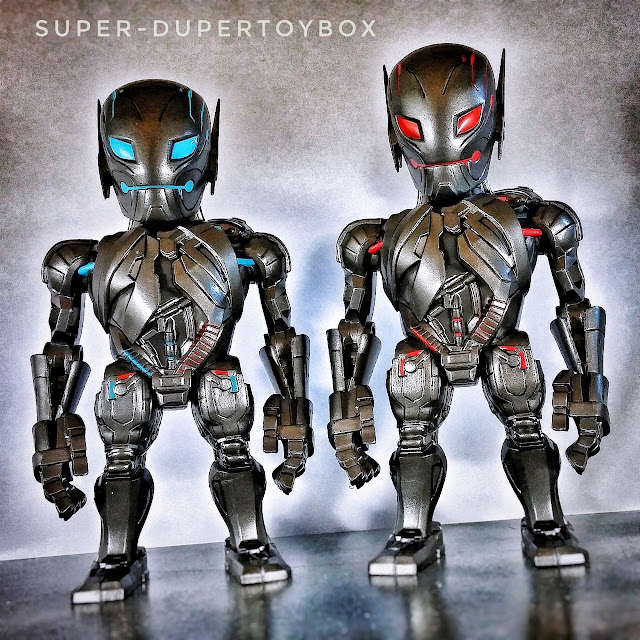 Below, Hot Toys Artist Mix Series 1 Ultron Sentry with my Series 2 Vision.
See more comparison shots in the video above! 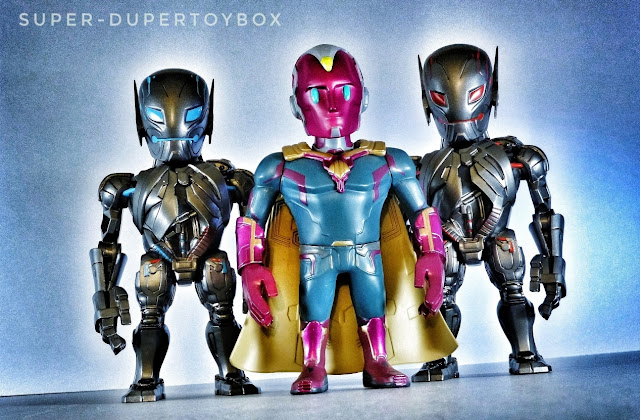 While I'm mad for these Touma figures, I'm not sure I'll buy any more- you can see in the picture below, my Age of Ultron corner shrine below seems complete! I'm a big fan of the heroes lineup I have, though I've seen a pretty cool Falcon and Ant-Man .... a Red Hulk would put me over the edge, but these are movie-based, so I'm probably safe! Beautiful figures! 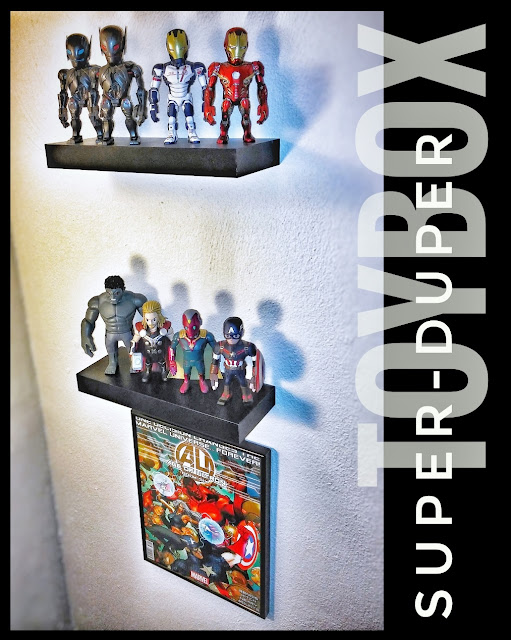