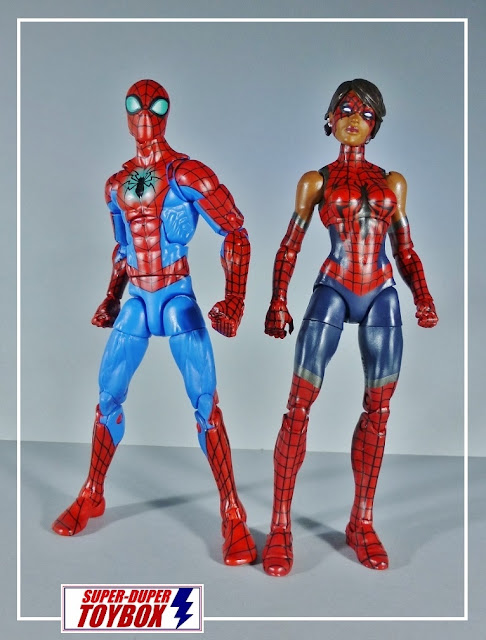 I've had a renewed interest in Marvel Legends figures, picking up several within the last six months while unloading as many older figures from the collection on my eBay store. I sold off most all my loose 3.75" Marvel Universe figures as well, and will eventually get around to selling the humongous tote of carded samples as well, my focus narrowing more toward 6" or larger as I downsize. I picked these Marvel Legends All New Amazing Spider-Man and Ashley Barton Spider-Woman loose on eBay, Spidey originally from the recent Spider-Man and Mary Jane 2-pack, and Ashley Barton from the Space Venom BAF wave. Why settle for Mary Jane, when I can have Spider-Woman? 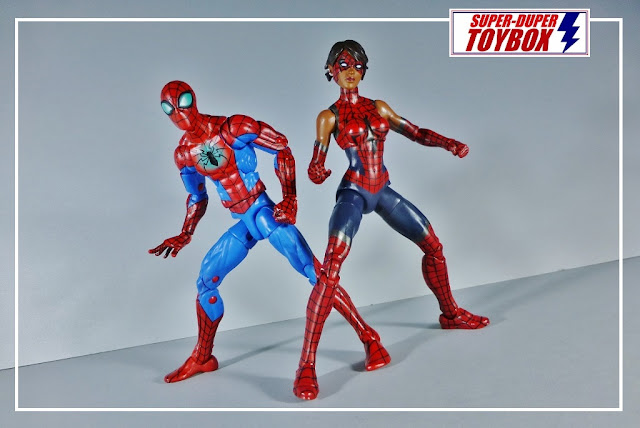 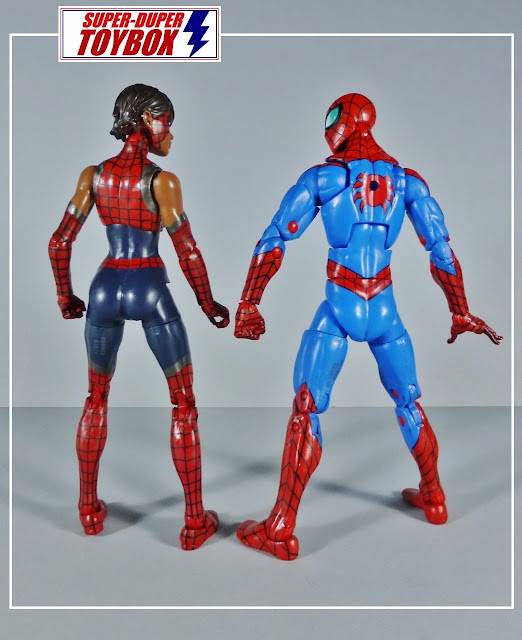 Spider-Man came with a generous two extra set of hands, and a Peter Parker head. I put Amazing Spider-Man down after the Superior Spider-Man arc, but this outfit is styed after Parker's return from swapping bodies with Octavius. As you can read in the link above to my 2013 post on the book, I thrilled at this very unusual take on Spider-Man. I've read that the "All-New" Spider-Man's suit is enhanced by tech developed by Octavius during his reign as webslinger, funded by money the criminal mastermind raised founding Parker Industries, hence the glowing effect around his chest insignia. I've heard the complaints, but it doesn't bother me at all- I love the vibrancy of this action figure, and his articulation is up to modern standards. Coincidentally, I recently found the retro-packaged "Pizza Spidey" (pictured) with a more classic deco, but will likely display him on card. 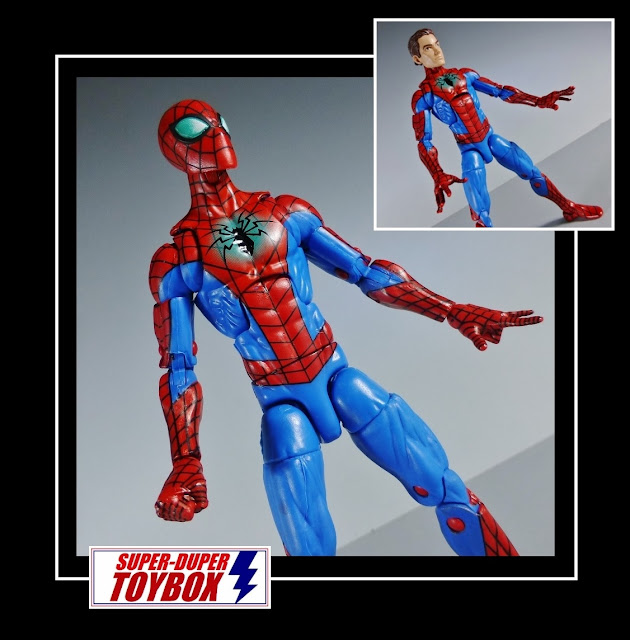 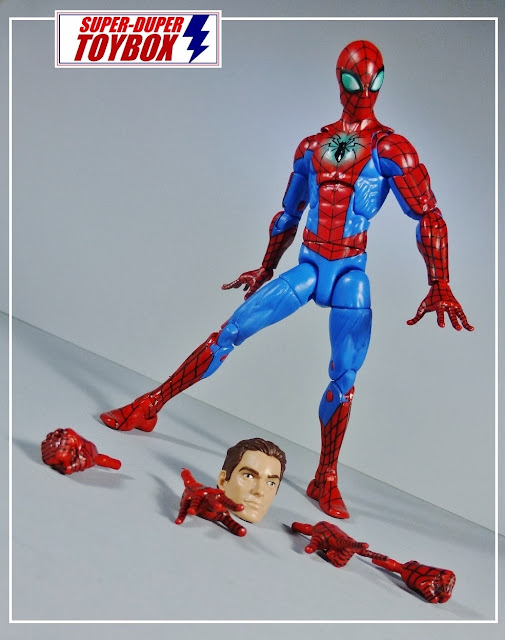 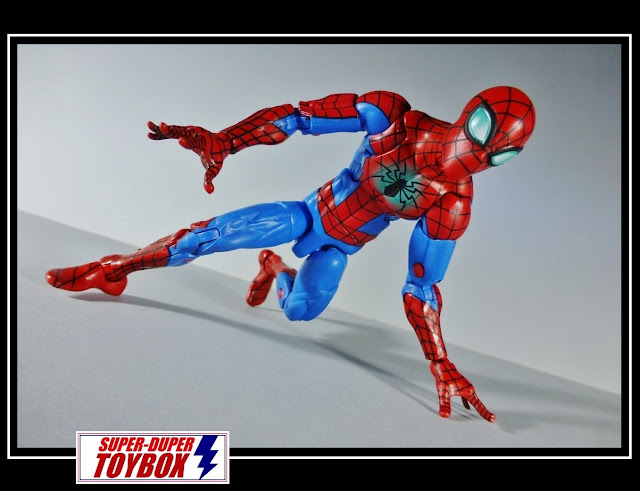 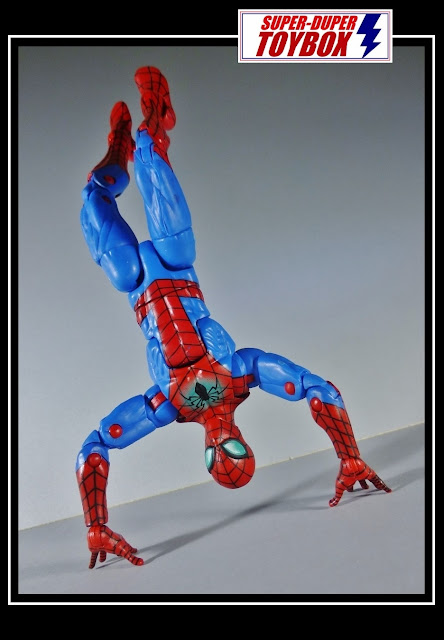 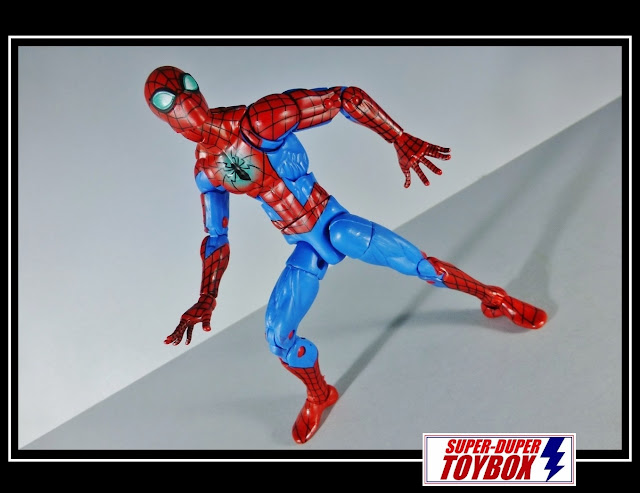 My flight stands fit into the peg hole on Spider-Man's back, making him particularly fun! 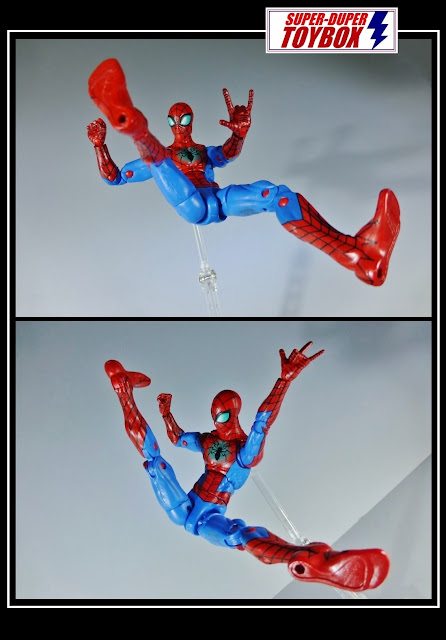 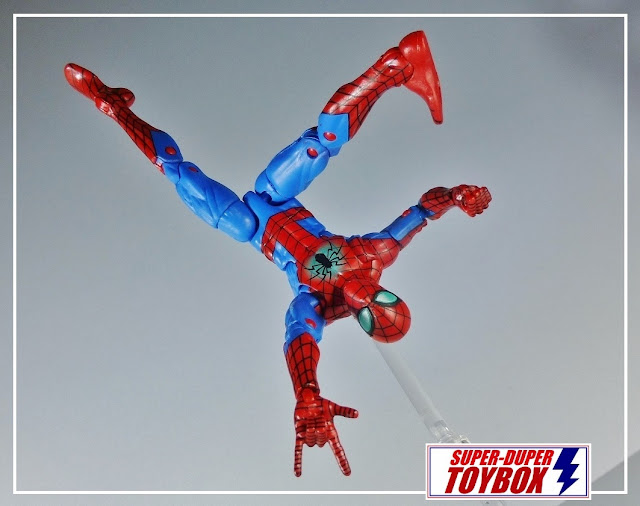 The obvious comparison would be with my new Homecoming Spider-Man, who also came with a Peter Parker head. I guess in the spirit of Spider-Verse, these two could possibly meet, banding together to fend off the Inheritors! 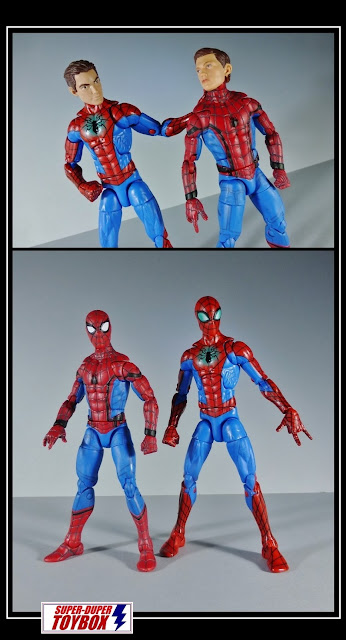 I have yet to read Old Man Logan, so my knowledge of Ashely Barton is limited, but I bought her purely based on aesthetics. I love her outfit, and the head sculpt is great with tiny painted hoops in her right ear. She came with no accessories or extra hands, but I am just in love this somewhat underappreciated figure, most among this line of "Web Slinging Heroines" outshined by the popular Silk figure. Ashely has her own thing going on though.... 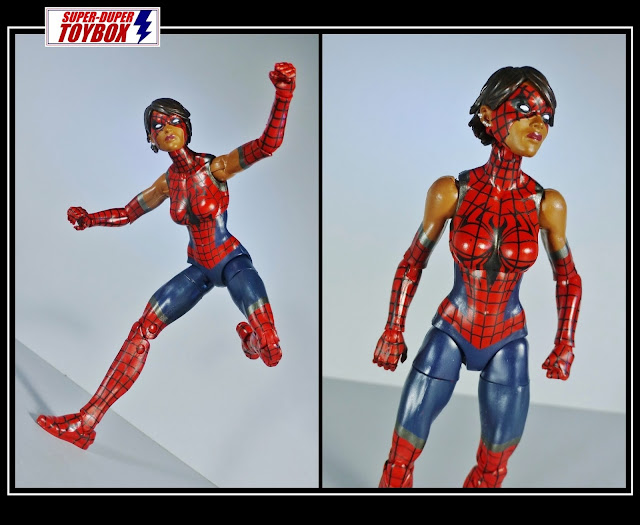 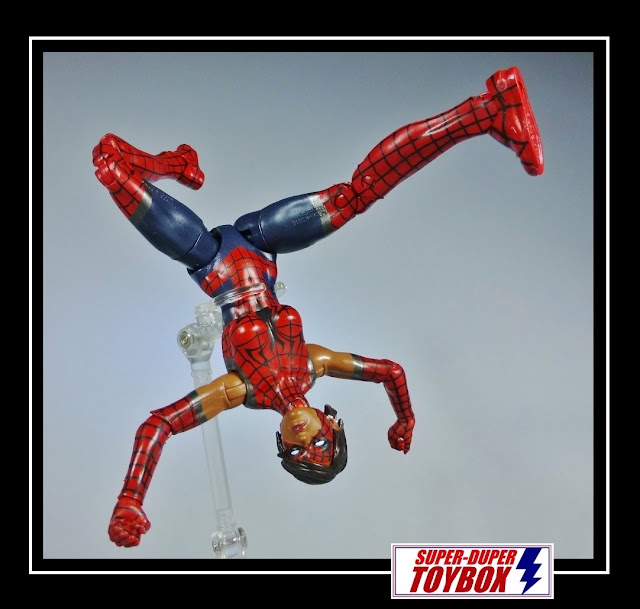 I also thought Ashley and Peter would make a great pair! I love to collect this way, cherry-picking two or more figures from a line that I like together. The semi-gloss finish and webbed red and blue outfits on these figures dazzle me together. 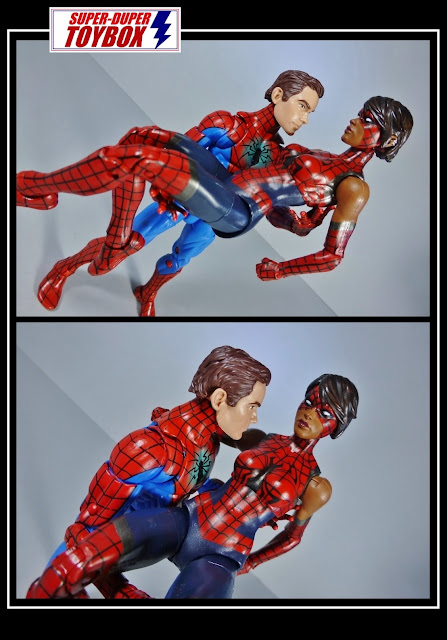 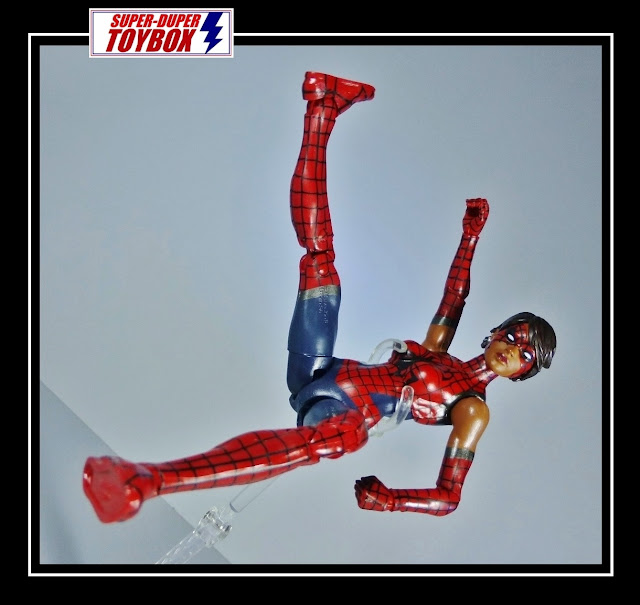 Below, Ashley Barton with my Marvel Legends Superior Spider-Man... 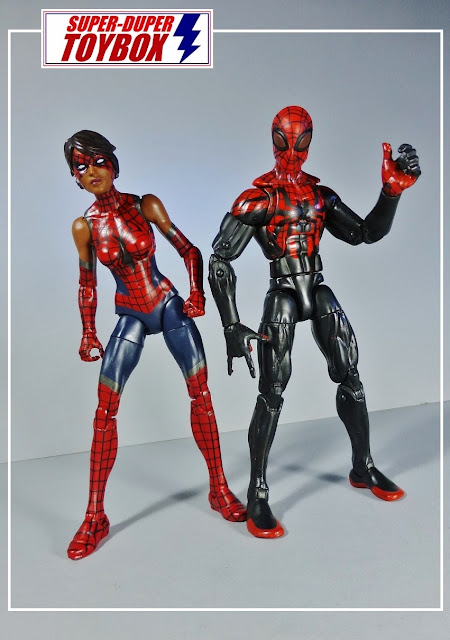 More Later- Make it FUN!
Posted by Super-Duper ToyBox at 8:44 AM