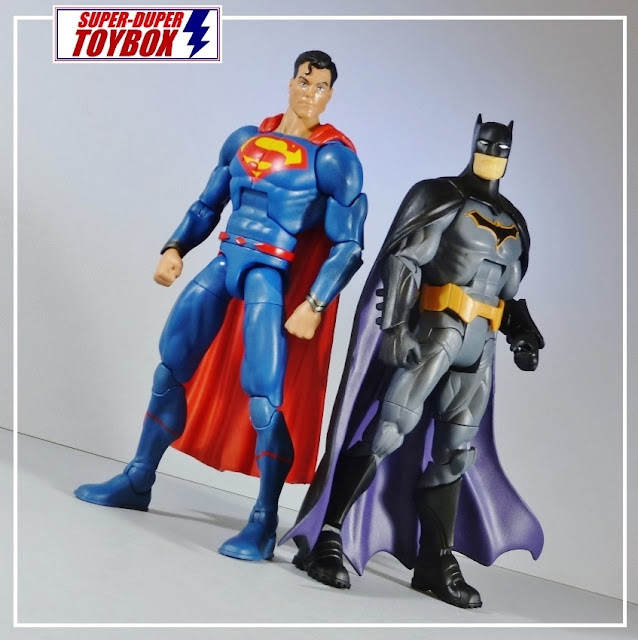 I hadn't been keeping up much with Mattel's DC Multiverse, the aesthetic of a lot of what I've seen eclipsed by Hasbro's recent, extended run of one excellent Marvel Legends figure after another. Still, my love of the 6" scale was really excited by DC Universe Classics several years ago, these DC Multiverse being the very descendants of. Check out the video:

Below, DC Multiverse Rebirth Batman with my and Batman Unlimited New 52 Batman and Beware the Batman figures, and Rebirth Superman with my DC Universe Classics Superman and Man of Steel Superman: 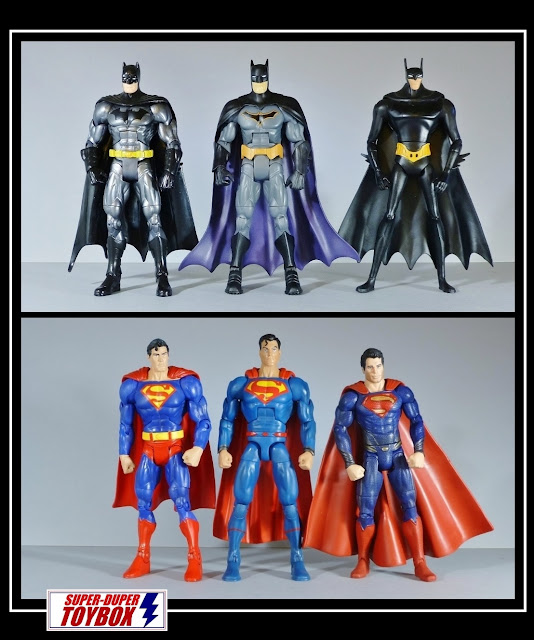 While hiding the pins at the elbow and knee joints is a visual improvement, these Multiverse figures haven't really evolved past what we were getting with the DCUC Series years ago. That said, DC Universe Classics was a great line of action figures with a unified style and enormous cast of characters that I truly loved. I appreciated the extra hands with Superman, but am left empty handed with Batman, Mattel again refusing to give us even one batarang. Unfamiliar with the recent DC Rebirth story arc, I bought these loose on eBay, merely for my love of the characters and admiration for the outfits. Mattel isn't revolutionizing the future of the modern action figure here, but it was fun to have a couple "new" DCUC-styled heroes. 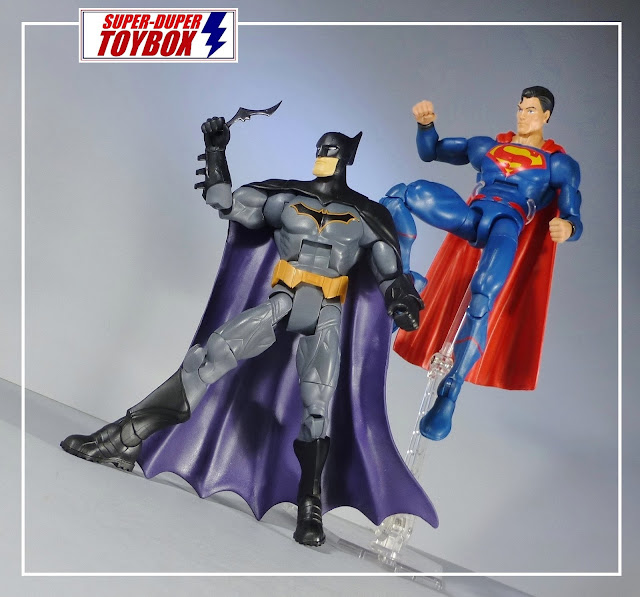