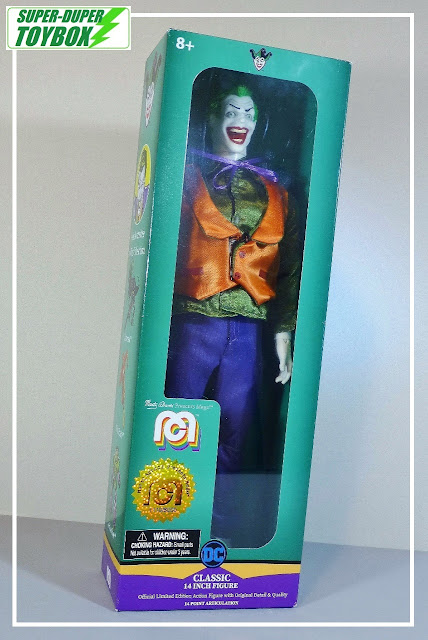 It's been months now since Mego failed to deliver on the four new 14" figures they promised in the fourth quarter of 2019, and I've not heard one word on what happened on the solicited Shazam/Capt. Marvel, Black Adam, Dracula, and Frankenstein's Monster. I picked up this Joker from the third wave in 2018 in part due to pent up desire for more of these, but also to complement the two 14" Batman figures I already have. I loved the 8" Mego Joker I had as a child, and this update pays homage to the spirit of that figure in it's own way, particularly through it's fantastic, Bronze-Age head sculpt/portrait. 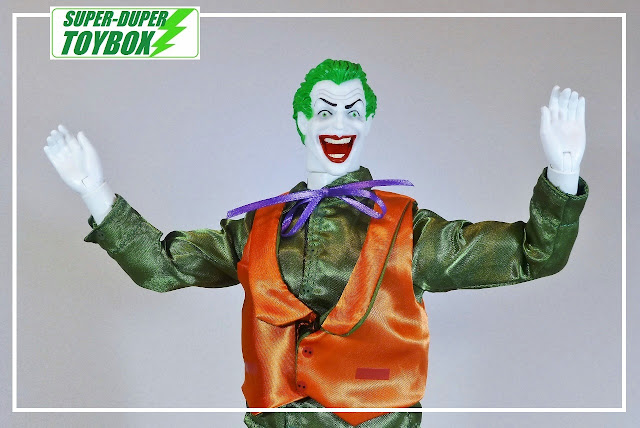 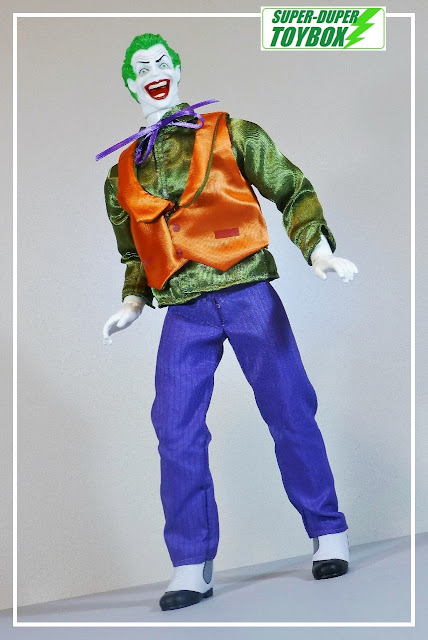 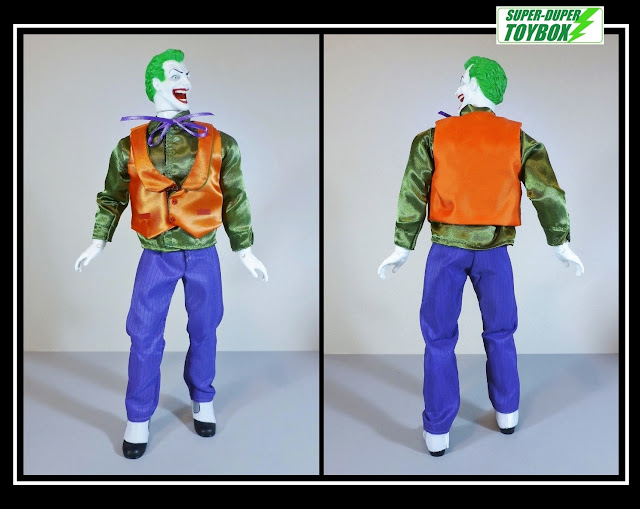 While it lacked the outer jacket that the second release of this figure came with, I loved the silky orange vest and green shirt, and knew that Dr. Mego was selling tailed coats to fit this figure, which I received one week after ordering from his website. I am really happy with the coat, which is of good quality and retains the Mego style. The flower pinned lapel and collar are somewhat unruly, but the silky fabric interior and wired tails make it special, and it really completes the look of my Joker. 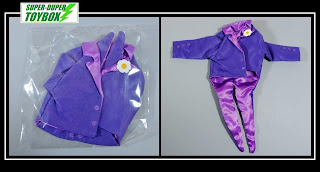 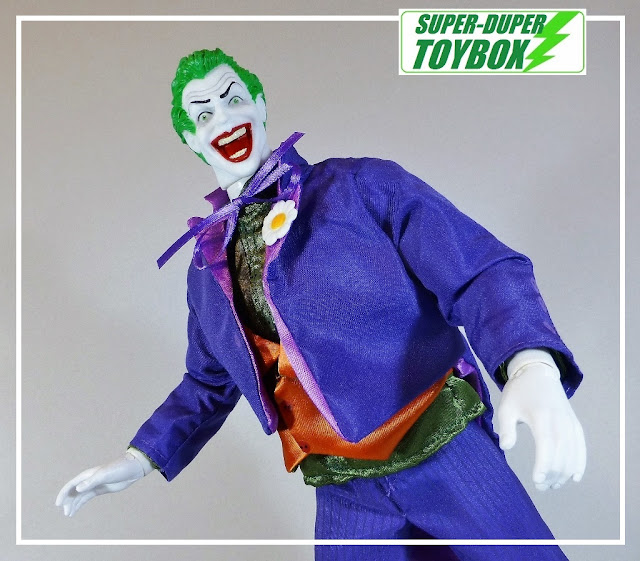 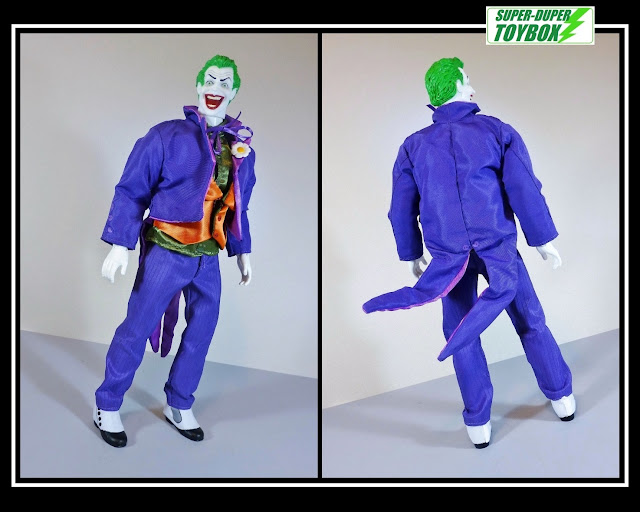 I have another, all-black Batman that I absolutely covet, but I also love the Bronze-Age blue and gray Batman that I bought first. I was surprised at Mego's sudden return in 2018, but their 14" figures were even more unexpected. While their appeal was somewhat of a slow burn for me, I hope Mego continues this over-sized scale. I didn't buy them all, but would buy more- they really captured the spirit of the vintage 12" Megos, with a little something extra! 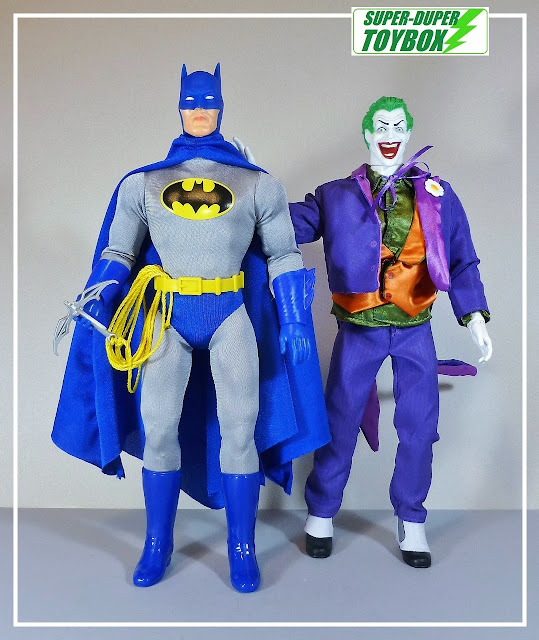 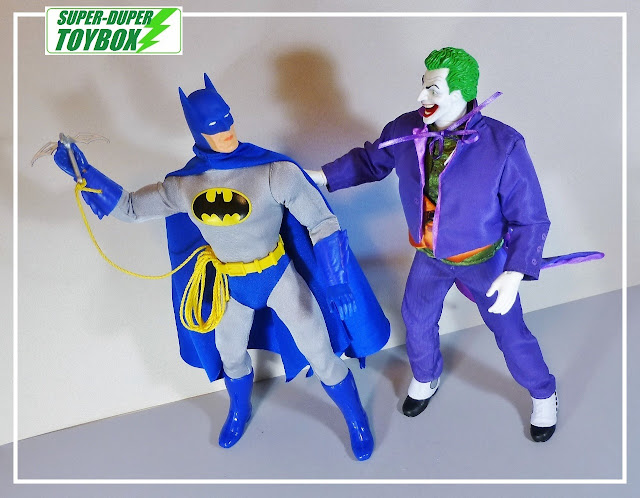 I had a 9" Hasbro Joker for years, but my favorite Joker in the collection has been my 18" Figures Toy Company Joker, an over-sized replica of the original 1974 Mego Joker. These two complement one another nicely, and the 14" Mego is a good replacement for the 9" Hasbro Joker... 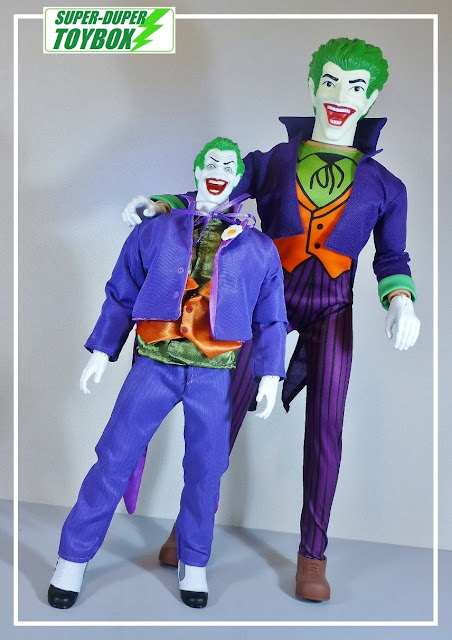 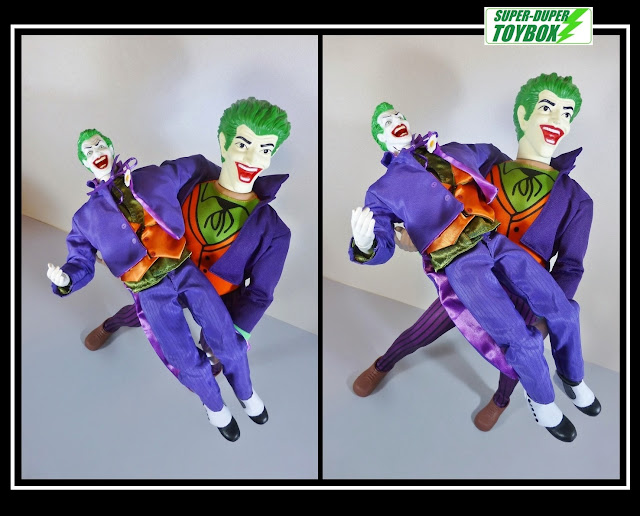