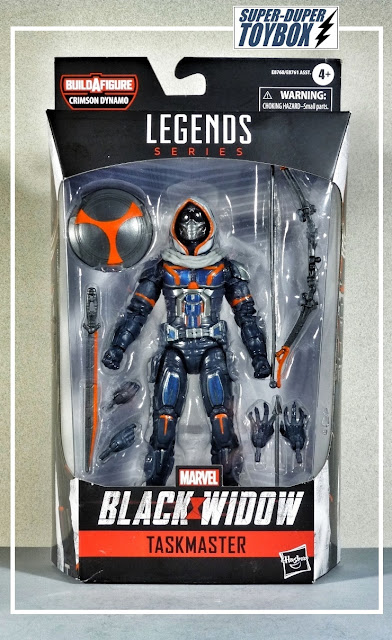 I liked the Black Widow MCU figures upon their reveal, though I'm not really interested in the Crimson Dynamo BAF. I've not been out much recently, but stumbled on this Taskmaster at a Walgreens, and picked him up at a 25% discount with some reward points. There's been a rumor swirling that this character may be represented by an actress as opposed to an actor, but we'll have to see. I had the comic-based Taskmaster for a brief time, but sold him along with most of my Marvel Legends Infinity War figures. Still, I liked the MCU interpretation of Taskmaster best of most all the figures in this wave. This figure doesn't have any of the Crimson Dynamo BAF parts, but features a ton of accessories, including three sets of hands. 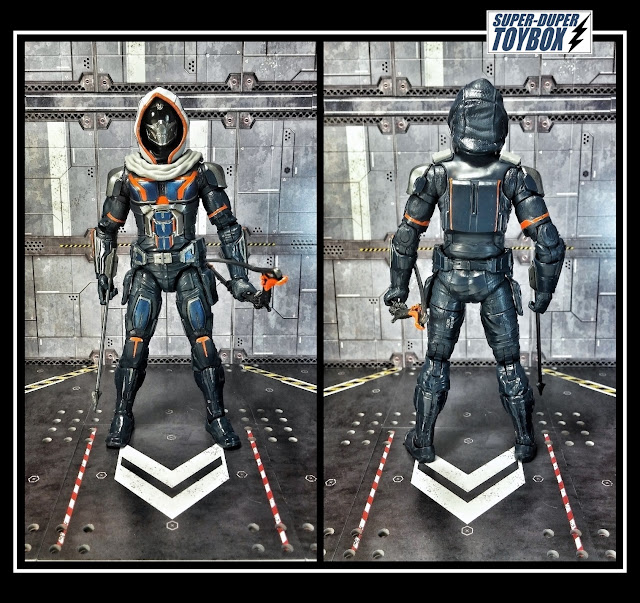 I was glad Hasbro decided we're all big girls and boys and gave us at least one arrow to lose, but should given us two or three Still, Taskmaster can hold it, though a fully drawn bow might be tricky. The bow looks great however, as does the deco and sculpt of this beautiful figure. A scabbard for the sword and quiver for arrows would have solved the stowage issues here, but the bow can be strapped across the chest. I've heard complaints about the small shield, but this may be the case regarding the forthcoming film- what's missing is the dorsal port to peg the shield onto the figure's back. 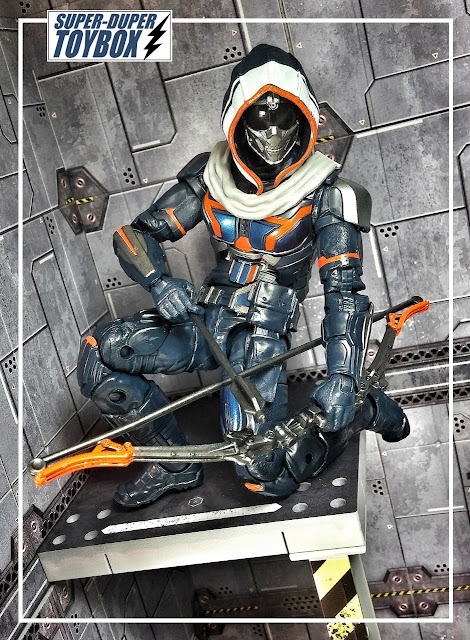 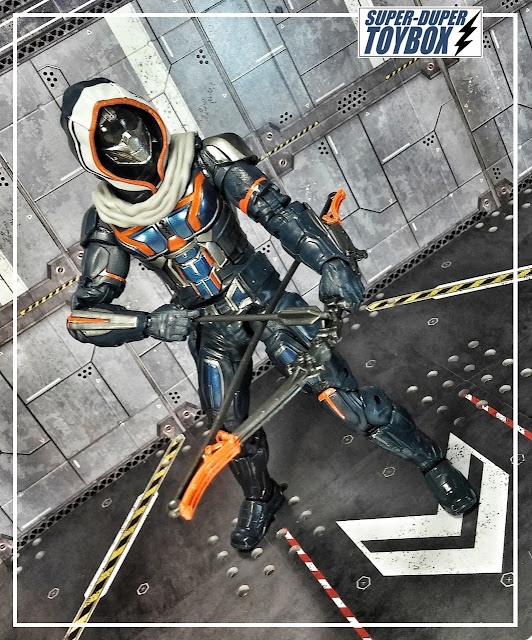 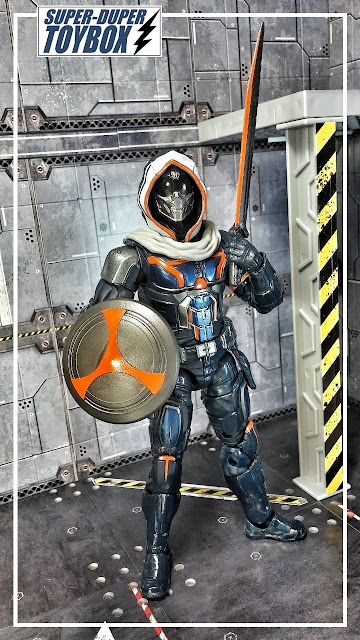 This figure enjoys all the articulation of a current Marvel Legends figure, the incredible abdominal crunch being the stand-out. The head is very limited due to the hood, but there are slight butterfly joints at the shoulders that help a little around the armored torso. Not bad. For $20.00 at retail, this figure is a solid value. 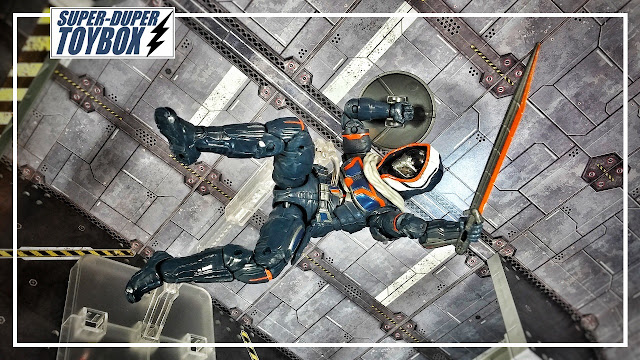 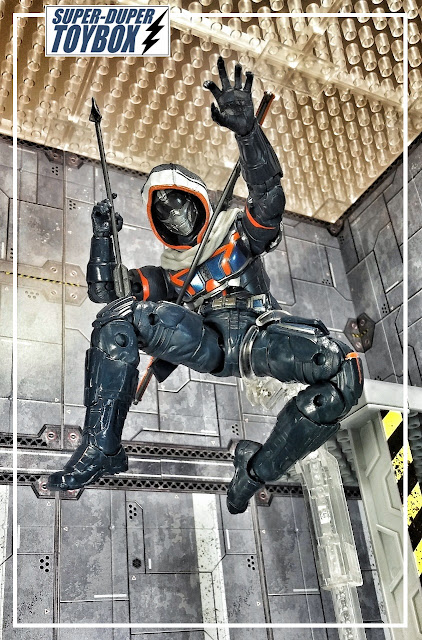 Taskmaster has the ability to instantly mimic the individual fighting styles of his opponents, countering their attack to great effect. While we've yet to see the forthcoming Black Widow, I've heard postulation these clawed hands represent the Black Panther's combat attack. The modified adrenal steroid that unlocks Taskmaster's procedural memory makes him a nearly undefeatable tactician, but puts his body under great strain, and can only be effective for shirt periods of time- Black Panther's great endurance may be his saving grace against Taskmaster! 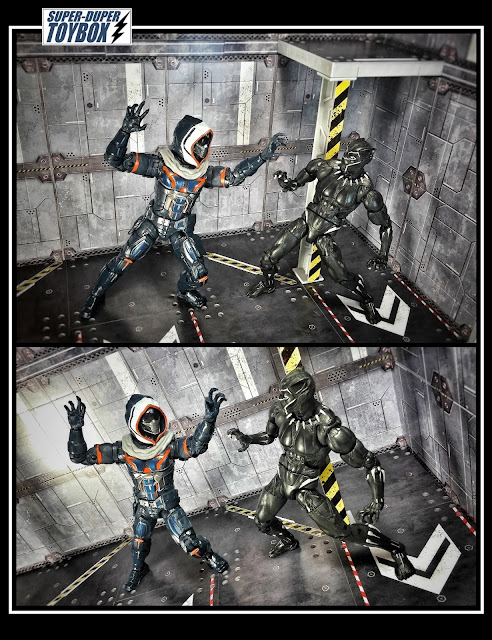 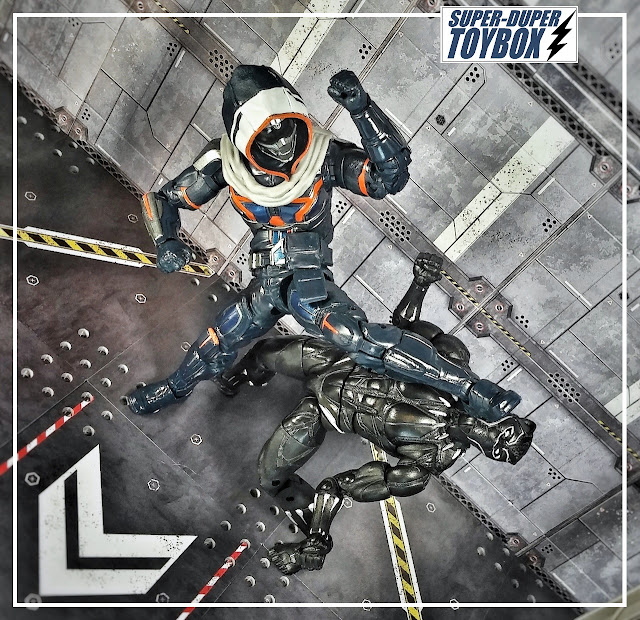 And finally, Taskmaster with my Marvel Legends Endgame Hawkeye and Black Widow, a great 2-pk with extra heads that I really liked. It may take two Avengers to take down the Taskmaster, and this make a formidable team! 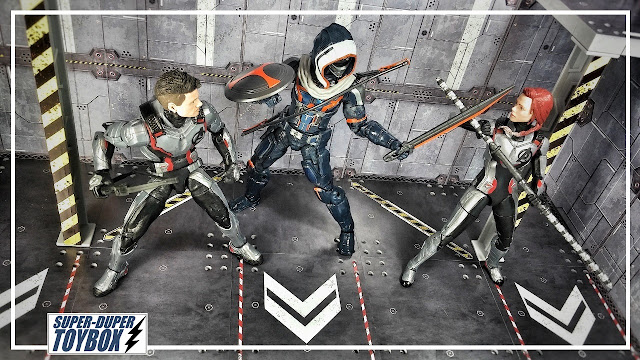