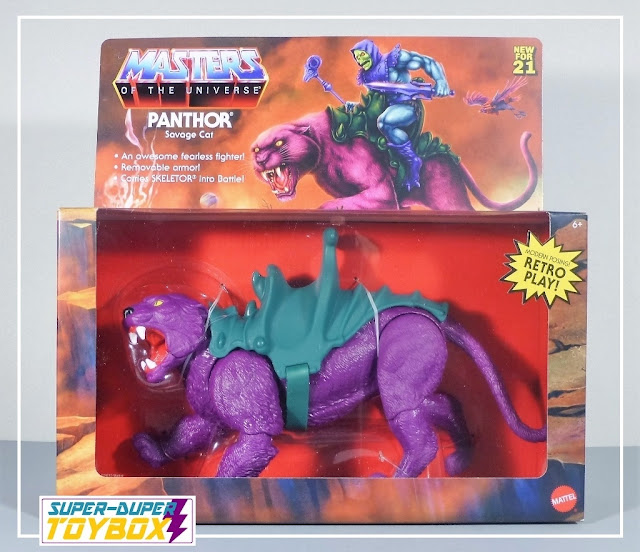 During my county-wide hunt that produced the MOTU Origins Prince Adam Sky Sled last weekend, I also found Panthor at another local Target. Collectors have bemoaned Mattel's initial exclusivity agreement with Walmart, and we're all glad things opened up for all the other retailers her in 2021. There will be a Walmart exclusive flocked version of Panthor this year, which I will pick up if I see it. 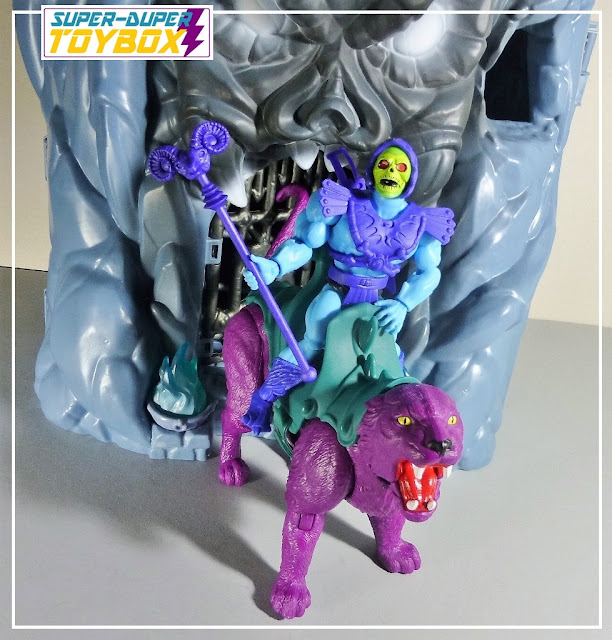 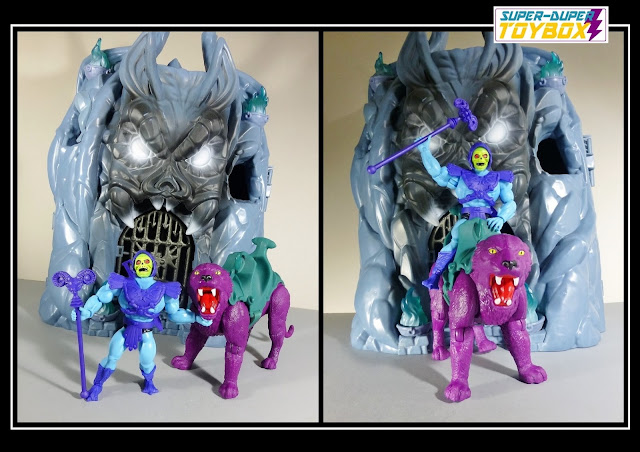 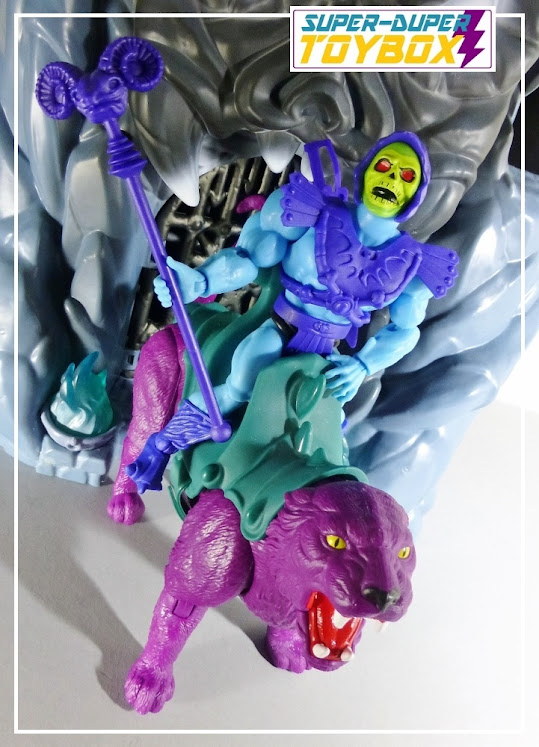 I never had Panthor as a kid in the '80s, but gee-whiz he looks cool with Skeletor in the saddle! This Savage Cat fit nicely with his Master in the Funko Primal Age Batcave I picked up this past year. I bought the Funko Batcave because I could not wait to get the forthcoming MOTO Origins Castle Grayskull, and scored it for twenty-five bucks, but it's every bit worth sixty or more if you have the opportunity! 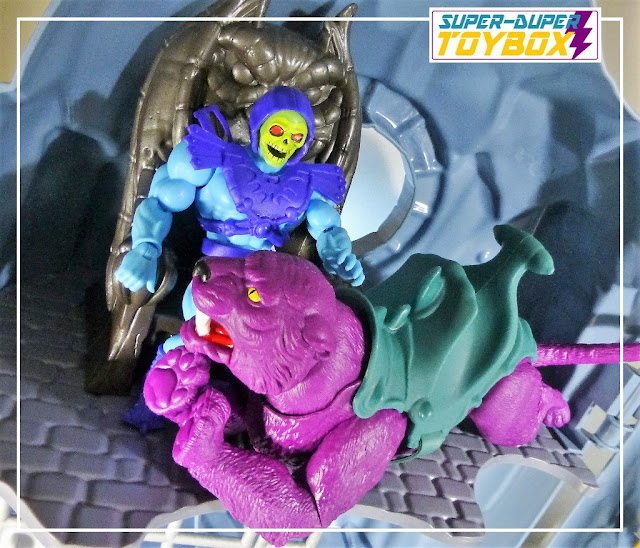 The Funko Primal Age Batcave is the perfect place to stage
Prince Adam's escape from Skeletor, Beastman, and Evil-Lyn ...! 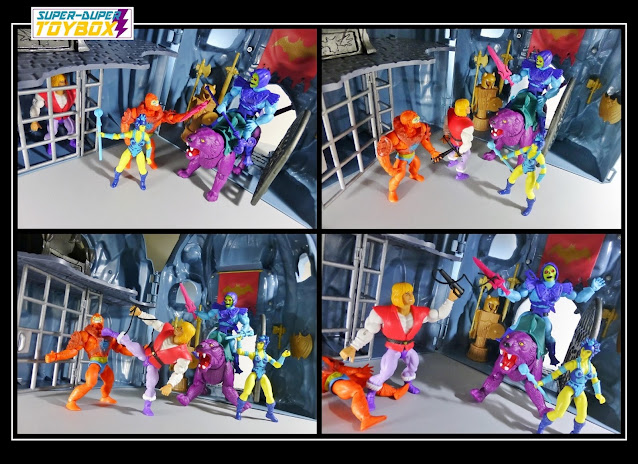 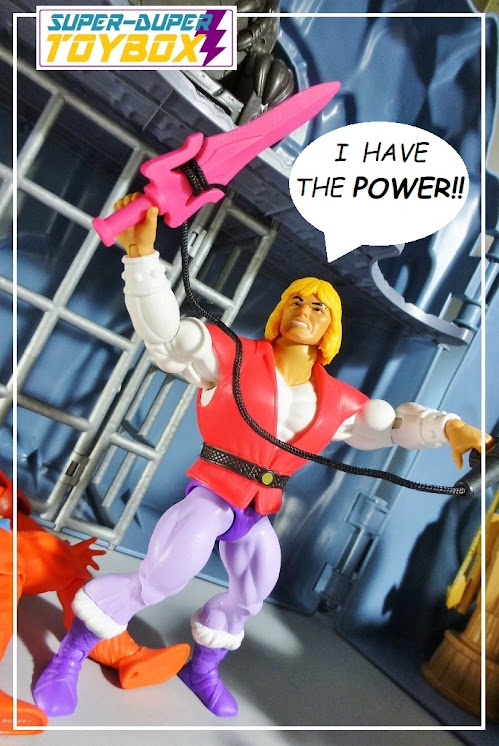 ...left in Prince Adam's place is his alter ego, He-Man, Most Powerful Man in the Universe! 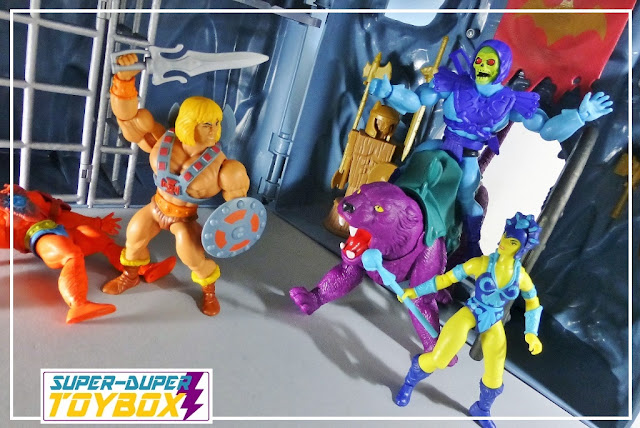 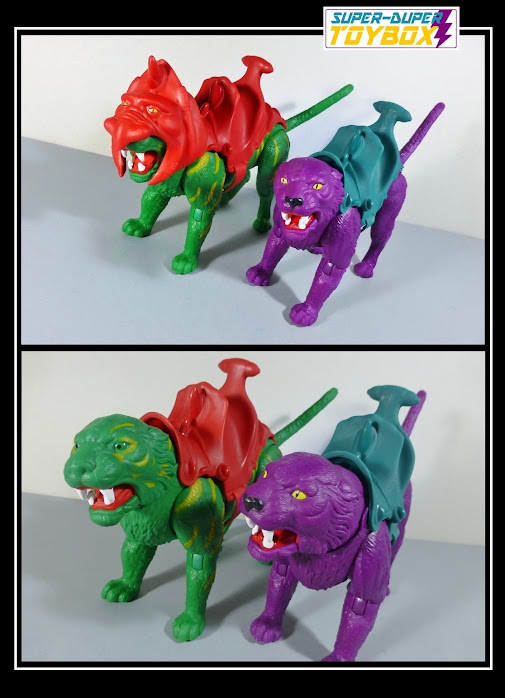 Panthor is of course the same sculpt as Battle Cat, which was a vast improvement of the 1982 original, a reused mold from a 1971 Tarzan and the Jungle Cat gift set, used again in '76 for the Big Jim Tiger Trail Set. That toy had no articulation- still, we loved it as kids. These new cats are a fantastic start to the MOTU Origins Series, carrying the spirit of the legendary toy line, with updated articulation for better play. 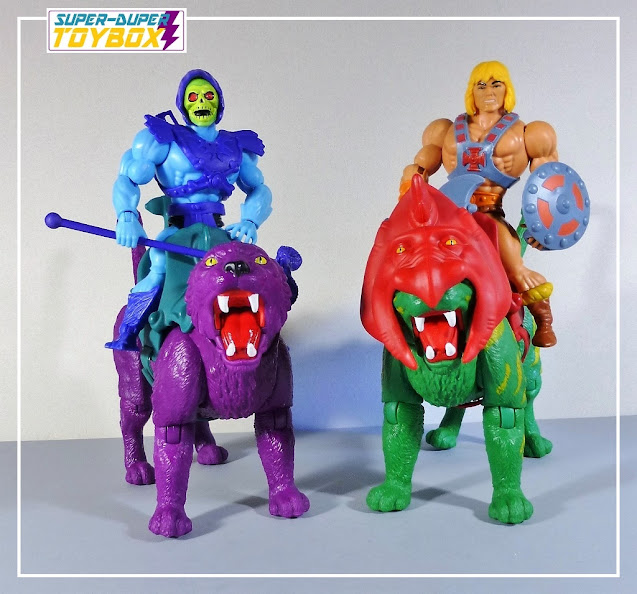 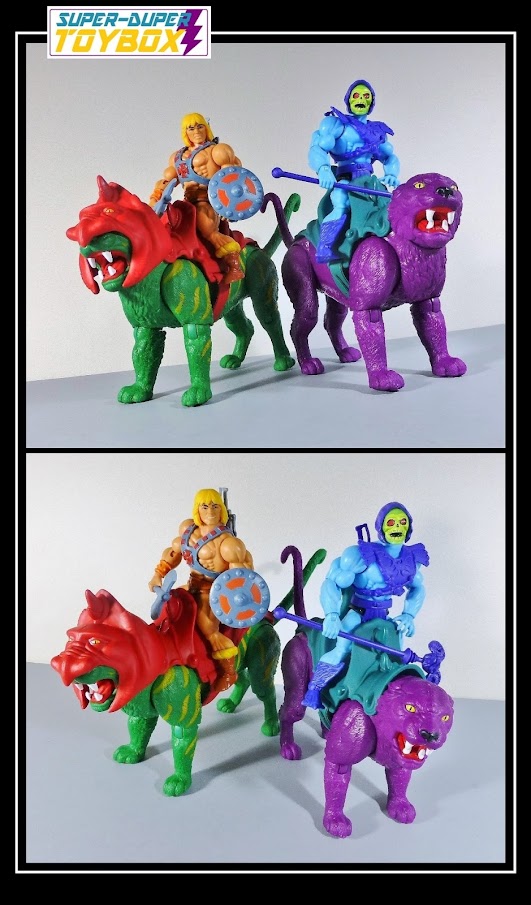 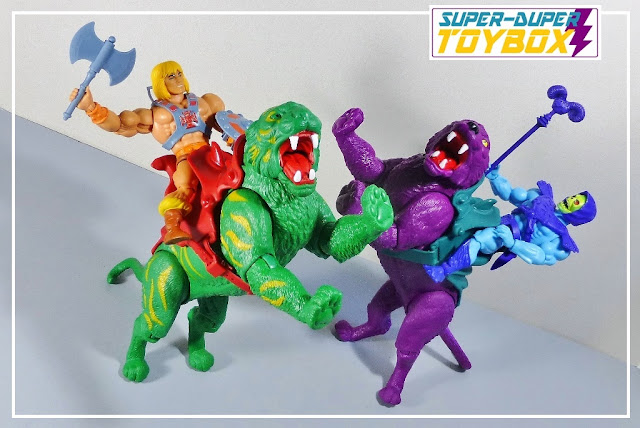 If you own a MOTU Origins Skeletor, pick up his mount, Panthor! Recommended! 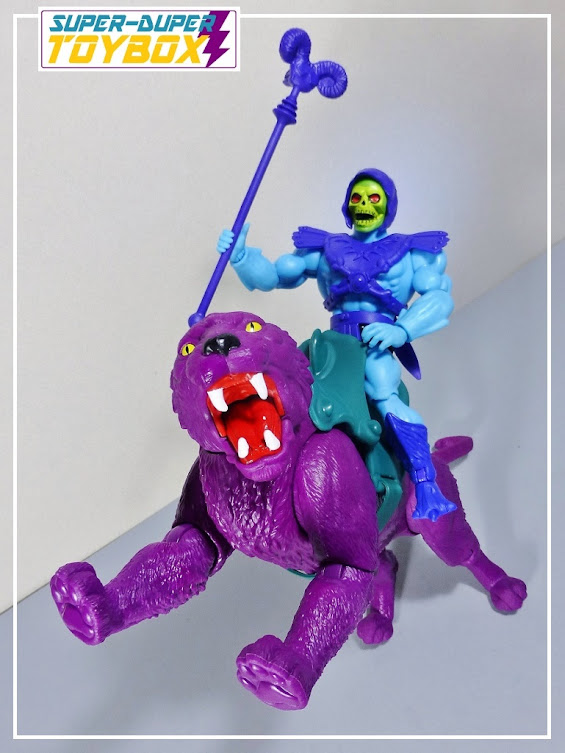