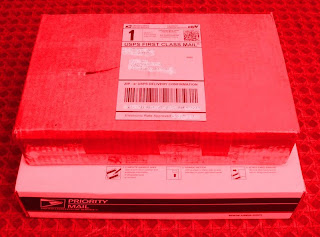 You can imagine my delight upon finding these two sweet Robin action figures from the early 90's on eBay. As I've said before, any Boy Wonder merchandise sells out pretty quickly and buying it on the secondary market can be expensive. But if you hold out long enough, most will come up for auction at a reasonable price eventually... 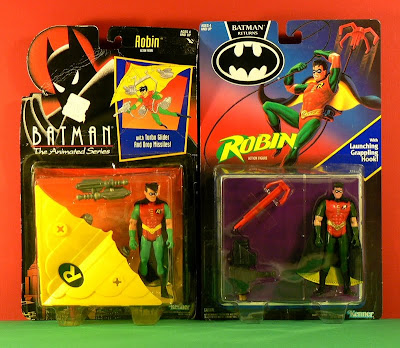 *Batman The Animated Series Turbo Glider Robin (Kenner 1992)
Ever since I scored those two Batman action figures w/gliders, I've been on the lookout for a Robin w/glider. This puppy can go for upwards of forty bucks MIB, but I got this one for south of ten on account of his mangled backing card- I'm gonna open him anyway, so...  he has a cloth cape, which is right up my alley, and check out that yellow glider! Really cool! 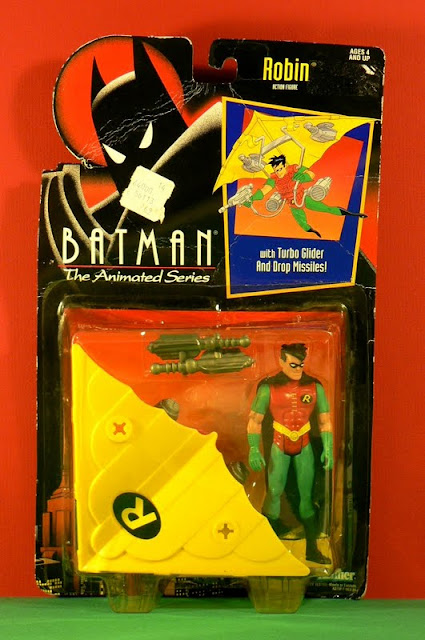 *Batman Returns Robin action figure w/launching Grappling Hook (Kenner 1991)
Nearly the same figure as the Turbo Glider Robin, this figure sports a different, less "cartoonish" head with Vanilla Ice hair styling, darker green tights/gloves, and metallic gold belt. The Animated Series Robin's head looks, of course, more like the cartoon character that appeared on the popular television show a year after this figure was produced, in September of 1992. This one has really clean packaging, and I'll likely leave him carded as I've already opened the Turbo Glider Robin... 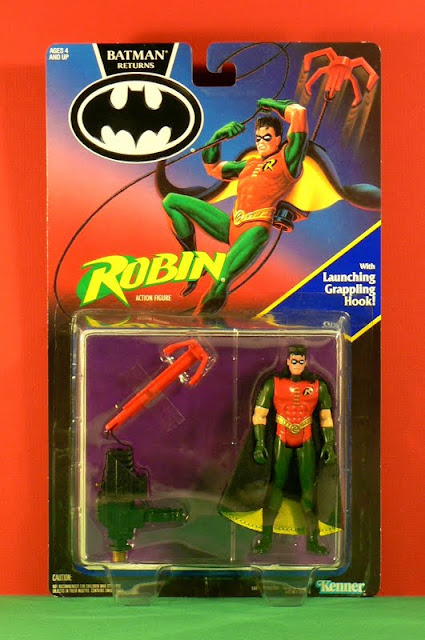 More Later- Have a Great Weekend! 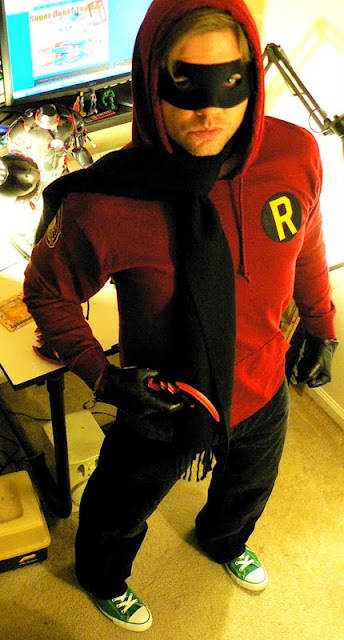 Posted by Super-Duper ToyBox at 5:26 PM