In case you hadn't heard: BubbaShelby from Toyriffic and ChunkyB from Eclectorama asked me me to join their blog, Batman the Animated Toys! The blog is an exploration of the toys and other merchandise that were available during the era of Batman: The Animated Series and The New Batman Adventures. This tribute is meant to be a pool of collections and stories about the fun, memories, and joy of the toys, trinkets, and tidbits that make up this wonderful animated universe of the Dark Knight.
Toyriffic & Eclectorama were two of the first toy blogs I was looking at before I started the Super-DuperToyBox a year ago, and Bubba & Chunky were two of the first to show up on here, snooping around, and making friendly. And so it is really an honor to be asked by two peers I hold in such high esteem to be part of this Gotham team-up!
Go see my first post at Batman the Animated Toys, all about this Kenner Turbo Glider Robin from 1992! I stayed up all night like a good little Boy Wonder preparing it for you  :D 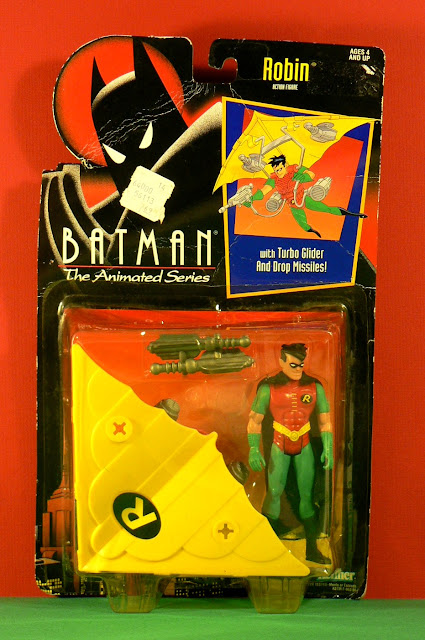 More Later- Make It Fun!
Posted by Super-Duper ToyBox at 9:46 AM