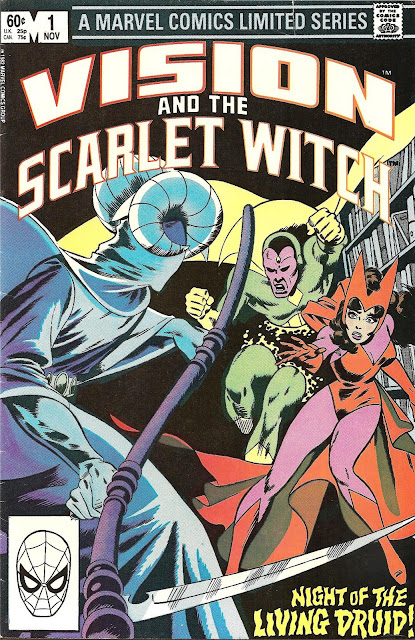 For Halloween, I bring you Vision & The Scarlet Witch #1, from a 1982-83 four part Marvel Limited Series by writer Bill Mantlo & penciller Rick Leonardi. I picked this up a couple weeks ago at BAM! for a buck, but had no idea about the storyline, so pertinent to the holiday until I read it last night  :) 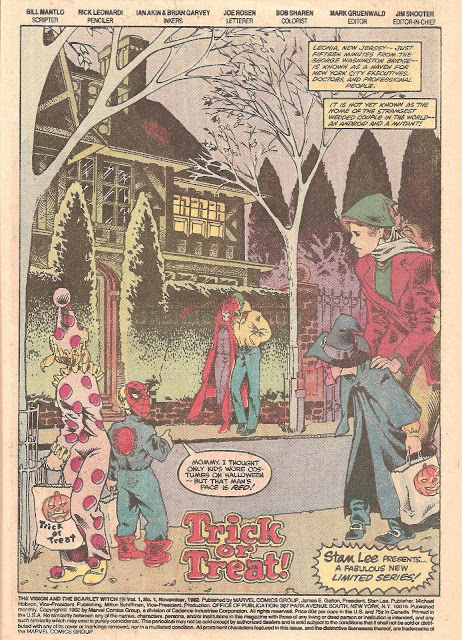 One of the oddest pairs in comics, synthezoid Victor Shade and magic-wielding mutant Wanda Maximoff are freshly retired from the Avengers & ready to settle down together in New Jersey. Bearing a parting gift of a druid spell book to Wanda from Captain America, the Avengers butler Jarvis arrived at the couple's new home ahead to help unpack. 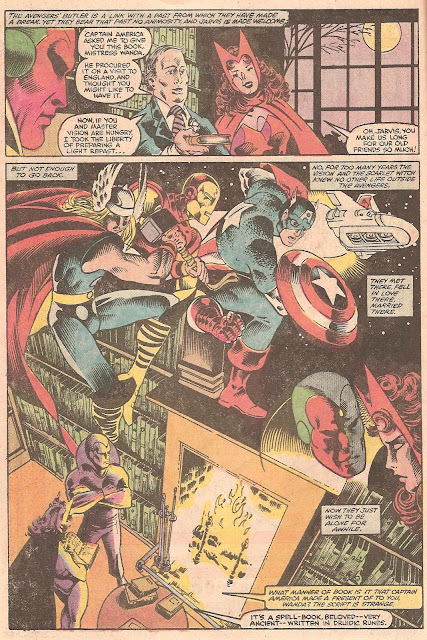 But the ancient tome is more than would appear on this Halloween night, and three trick-or-treaters are made servants of a spirit trapped within it's pages that seeks the ScarletWitch's magic to set it free- Samhain, the eternal embodiment of All Hallow's Eve! 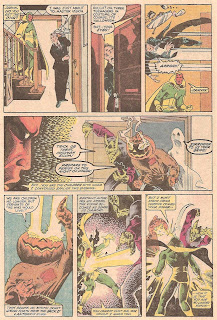 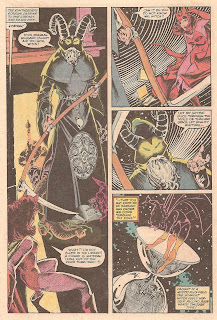 Vision and Jarvis must free the kids from the apparitions that have taken them over before getting to Wanda, who's caught in a struggle with Samhain. But the Vision is caught struggling against one of their spirit attackers in an intangible state & unable to assist, so Wanda must hold her own against the druid deity. Realizing the hex power of her mutant abilities won't alone be enough, Wanda resolves that a combination of those with the real magic she was taught by Agatha Harkness might defeat Samhain. Casting a spell while sweeping the book from which he came into the fireplace, she dispatches the evil spirit, who was really still bound to it by a magic mightier than it's own. 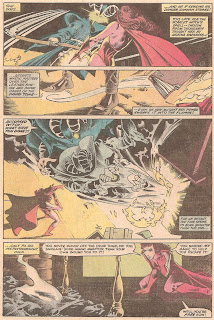 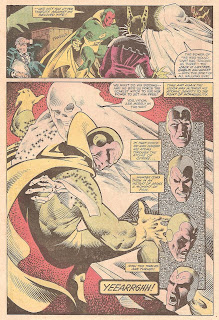 Samhain gone, the children are all freed from his spell unharmed, and Wanda, the Vision & Jarvis are safe at home once again. The battle took a mental toll on the Scarlet Witch though, and her acutely aware, android husband is particularly sensitive to his lover in spite of his inhuman physiology. Pretty mushy stuff, huh?!  :D 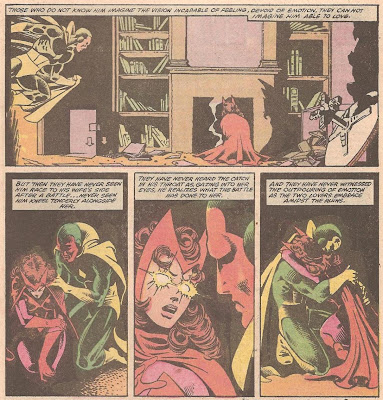 *See my post on the 9" Famous Covers Vision & Scarlet Witch dolls!
Have a Happy Halloween!
Posted by Super-Duper ToyBox at 7:59 PM