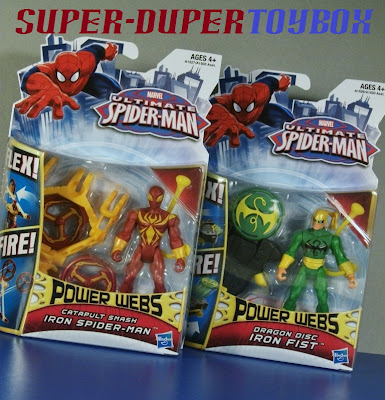 There are a lot of Ultimate Spider-Man toys out there, the merchandising machine for the current animated TV show in full swing. I've seen the episode where Spider-Man gets a hold of an Iron Spider armor Tony Stark has been developing- an attempt to outdo his teammates that goes awry, jeopardizing the mission and all involved. While this kind of showboating seems unlike the young hero's personality in the comics I've read over the years, I did like the interesting combination of teenage teammates on this show, including Iron Fist, Nova, White Tiger, and Power Man. Fun! 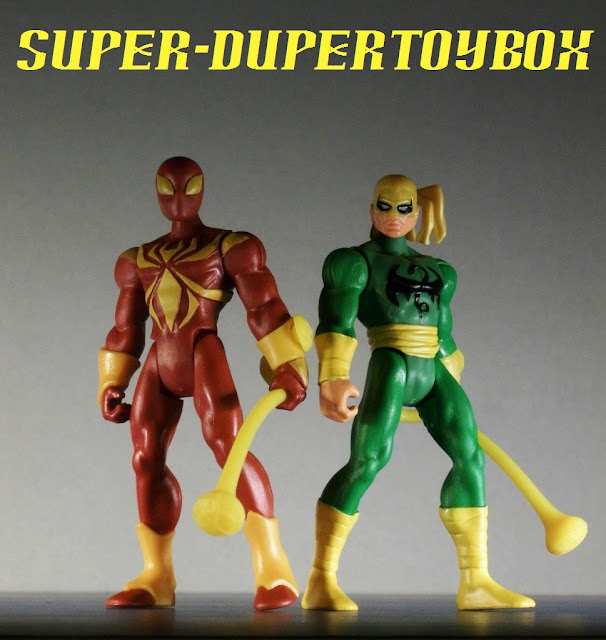 The first thing you will notice is the rubber band running through the figure's left wrist, used to power their respective accessories that fire projectiles. Let's take a look at the video...


As you could see, Iron Spider's "catapult smash", didn't really offer much precision, the tension on the rubber band inadequate to power the accessory. It works, but is too cumbersome to be effective. 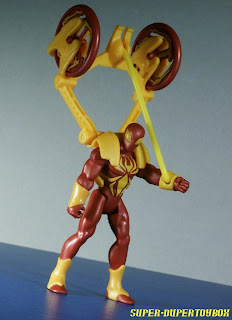 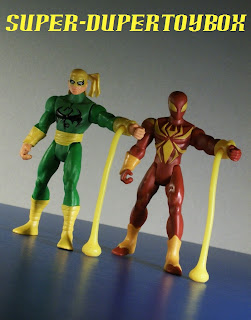 Iron Fist's accessory, on the other hand, works most excellently. The rubber band is pulled really tight over the rear latch, activated by the release trigger on top, firing the green disc with surprising power. When I Read the instructions, I couldn't fathom how it actually work, but it sure does. 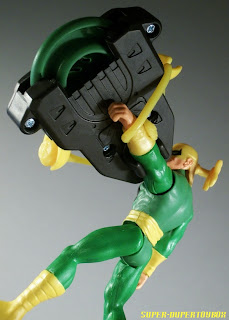 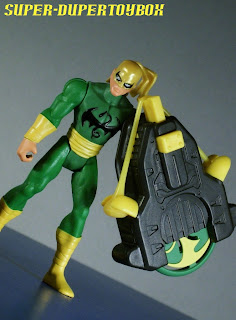 The articulation is very simple here, but Hasbro did give us a ball-jointed head that has a little expression in it, and hinge-swivel combination shoulders. If you can get past the rubber band driven through the wrist, these are nice little sculpts, if simple. The chest insignia on both are sculpted, and the bright colors on these two are particularly complimentary of one another. 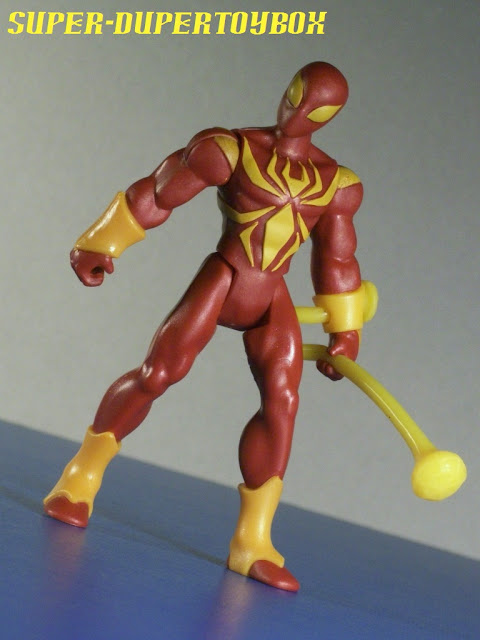 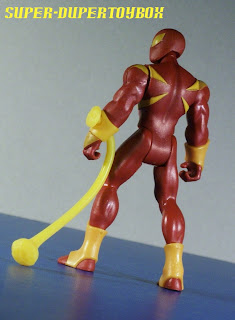 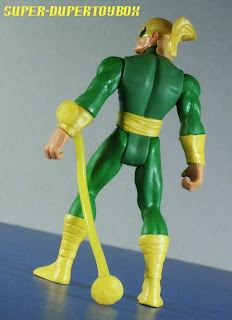 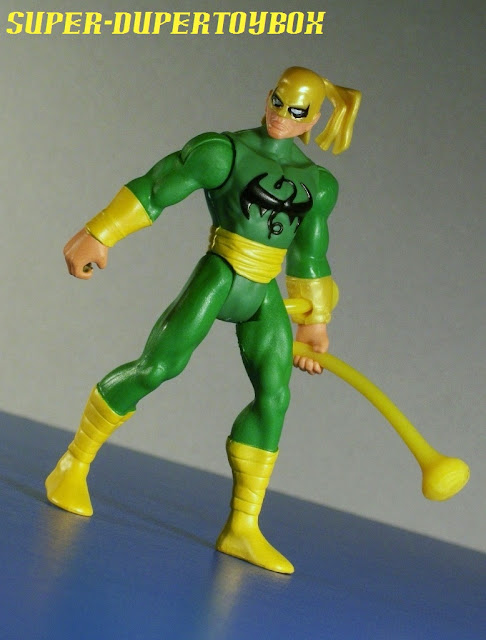 The other figures in this Power Webs series include a Venom and two more conventional red & blue Spider-Man figures, one of which has armored gauntlets and fires a crossbow. I liked the Crossbow Chaos Spider-Man, but at ten bucks a pop I passed on him for now. I'd love to see Nova is this series, a character they did include in the new 6" Ultimate Spider-Man figures. 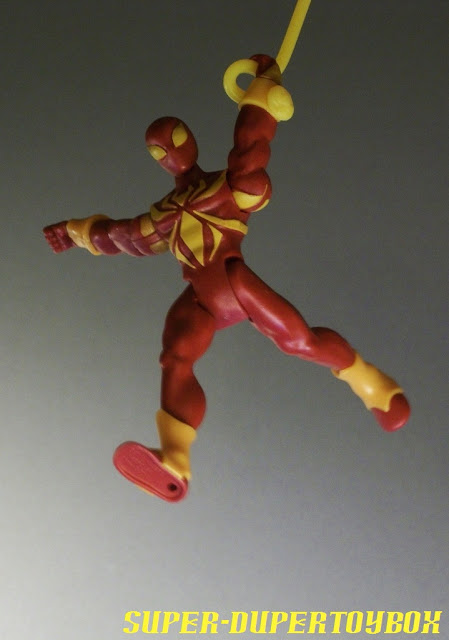 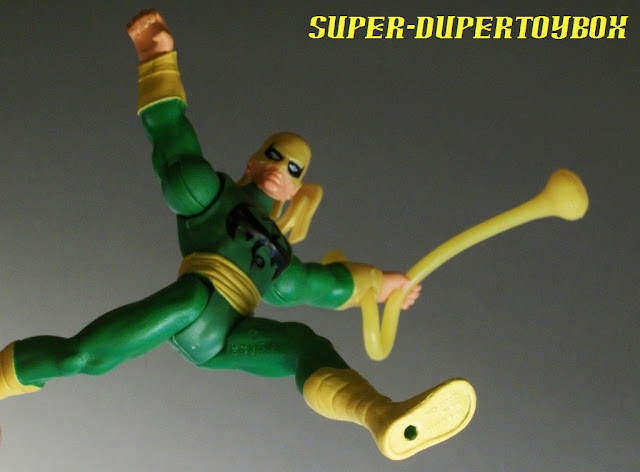 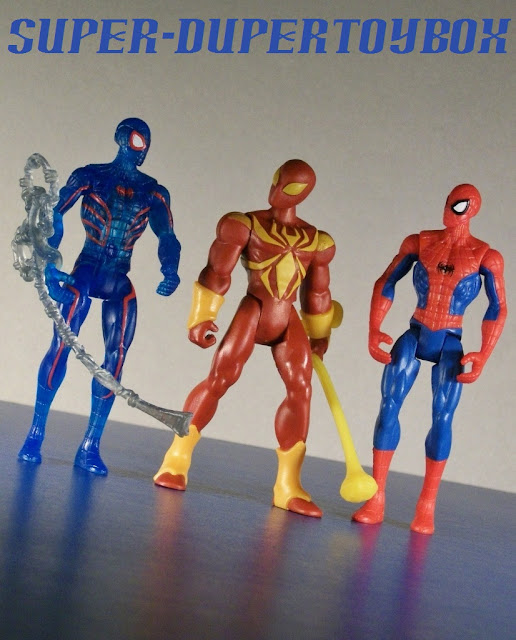