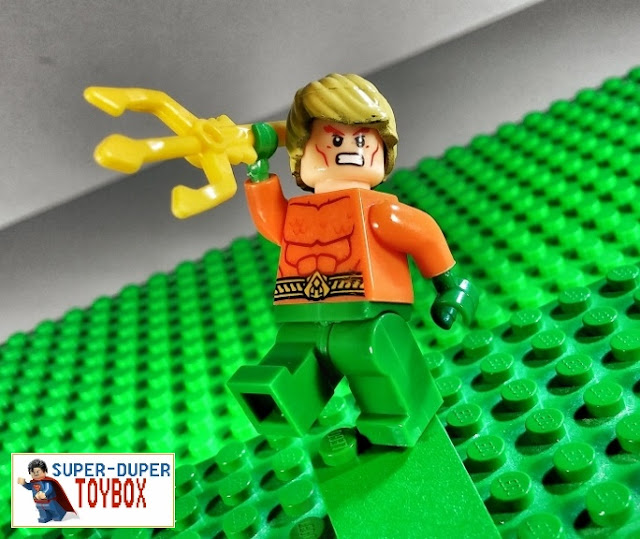 I got BootLego Aquaman over a year ago, but became distracted by other things between now and then. as I picked up some other minifigs recently, I thought I'd show him off. He's a simple figure and deco, the outstanding feature, a yellow trident. Though never deeply into the character, I always loved the complementary color tones of Aquaman's classic outfit. 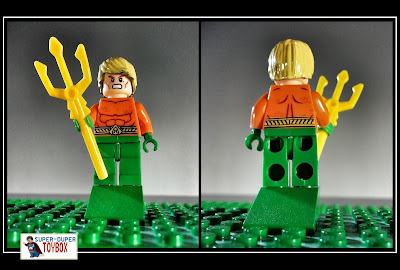 Like many DC characters, Arthur Curry plays second fiddle to the Trinity, which has been more recently combatted by casting him the brooding, fallen King of Atlantis. Judging by recent film trailers, the forthcoming Dawn of Justice will further this handling in attempt to reconcile any notion that Aquaman is somehow less powerful than Batman, Wonder Woman, or Superman. 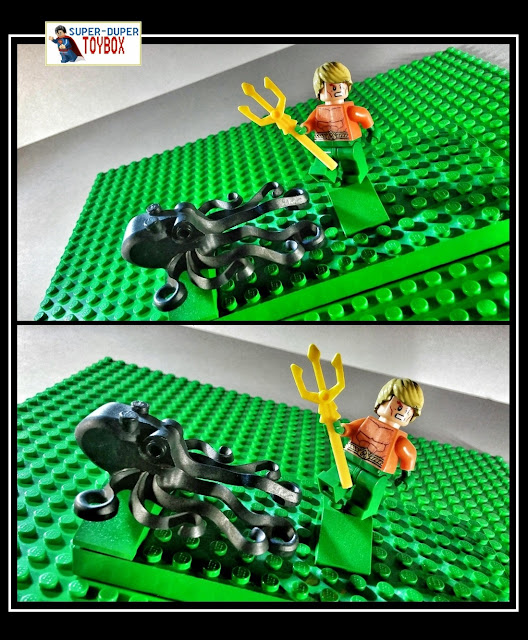 Another reason for finally taking a moment to photograph Aquaman was finding some Lego sea creatures in the pail of Legos I was gifted this past year, featured in my last post. Be sure to check out the Unofficial Aquaman Website and Aquaman Shrine online! 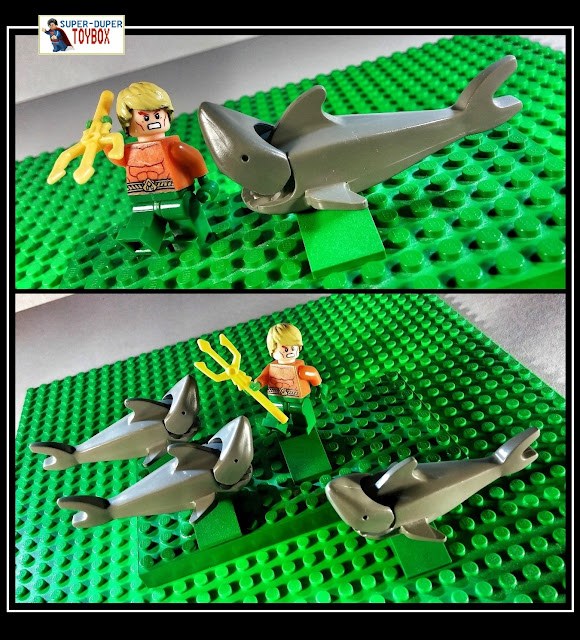 Posted by Super-Duper ToyBox at 8:57 PM