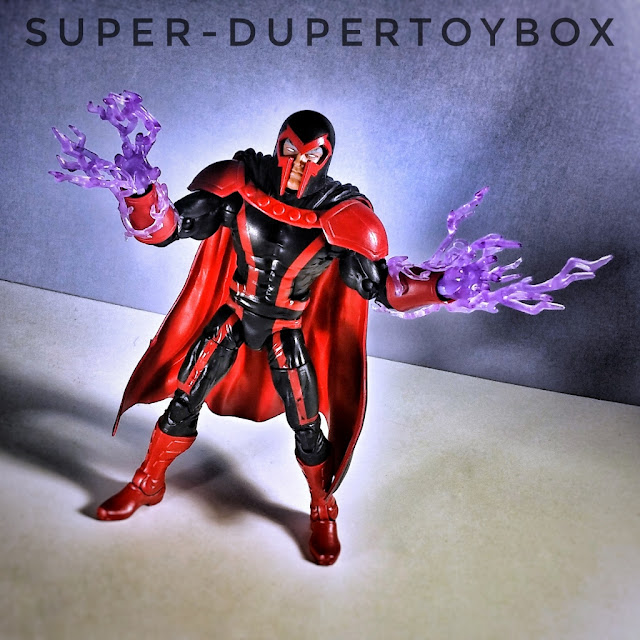 This modern version of the Marvel Legends Magneto was from the 2018 Apocalypse, inspired by the character's look from Uncanny X-Men Vol. 4 (Marvel, 2016), and drew some criticism from collectors who wanted an updated classic Magneto. I picked him up loose for cheap on eBay, won over by the unhelmeted portrait featuring Magneto's white mane of hair. Also included were a translucent pair of hands and lighting effects accessories. 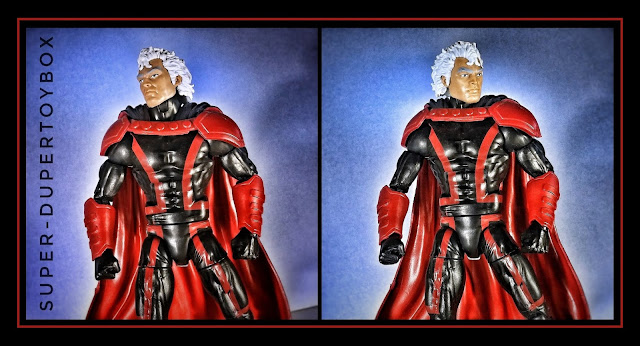 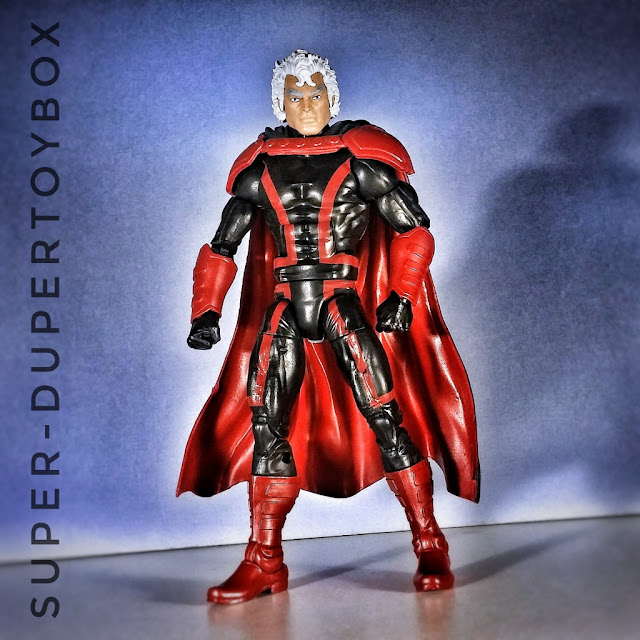 For whatever reason, I never posted photos of this figure on the Super-DuperToyBox, circling back here to do so while doing a post on the Hasbro Power Rangers Goldar. While highlighting links to other figures included in that post, I realized I'd never posted about Magneto on the blog. While the 10" Toybiz Marvel Famous Covers Magneto is my all-time favorite, I do like this figure- in spite of the initial disappointment in his 2018 release, Magneto has become somewhat desirable by collectors more recently. 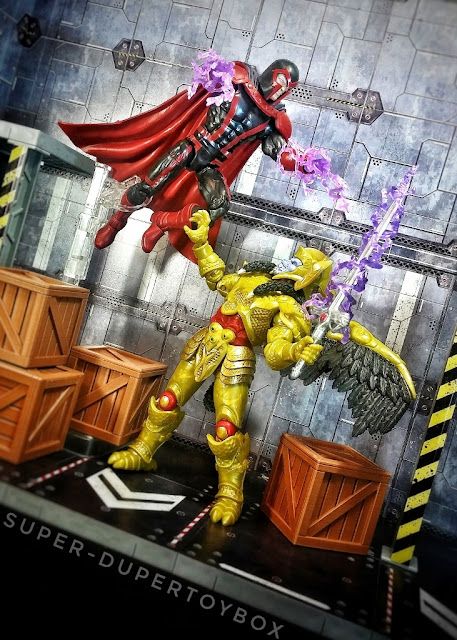 I won't go into a great deal more regarding this figure, as I originally picked him up to complement future posts on Marvel Legends X-Men figures. No disrespect to this great Marvel character, but he serve's his secondary purpose in my Marvel Legends collection fine. While not what would be considered a fan's pick, there's a lot to like here. Later on, Hasbro released a classic Magneto in a 3-pk with Scarlet Witch and Quicksilver that looked nice enough, but my interest in the other figures was peripheral at best. Hence, this is the Magneto in my Marvel Legends collection... 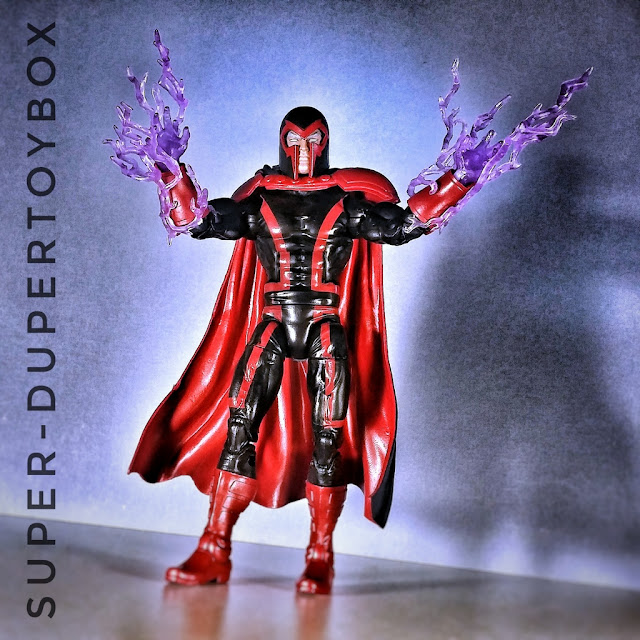