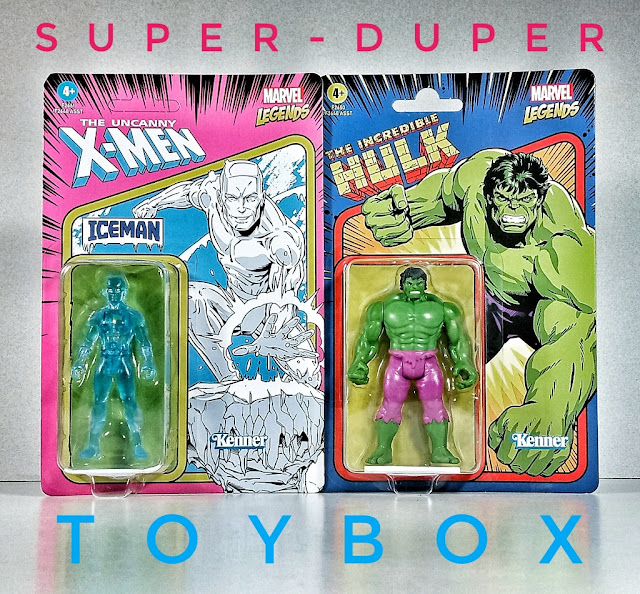 As I said in my last post, I'm just enjoying these Marvel Legends Retro Series 3.75" figures in their colorful packaging in the moment, and was glad to find the last couple of figures from that first wave at a local Walmart tonight, Iceman and Hulk. I had passed on Iceman once, but had been waiting for the Hulk, a childhood favorite. Big Tone pointed out that if by chance we got a Firestar in the future, I'd need Iceman to fill out my cast of Spider-Man and His Amazing Friends. 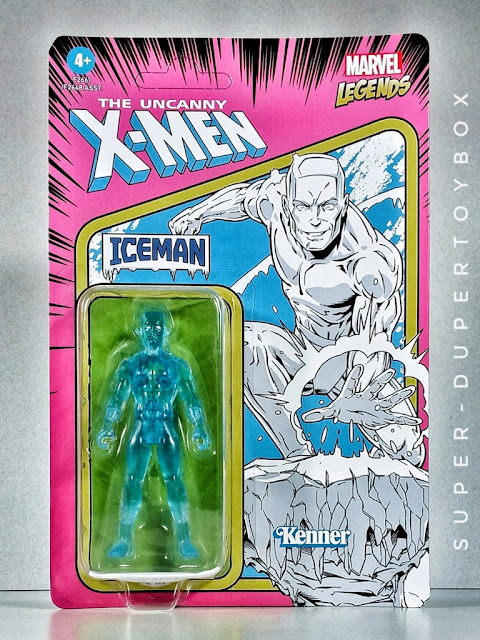 I neglected to show how nice the backs of the cards are on these, the colorful character art and description in five languages. Kids everywhere should have these, no matter what age... 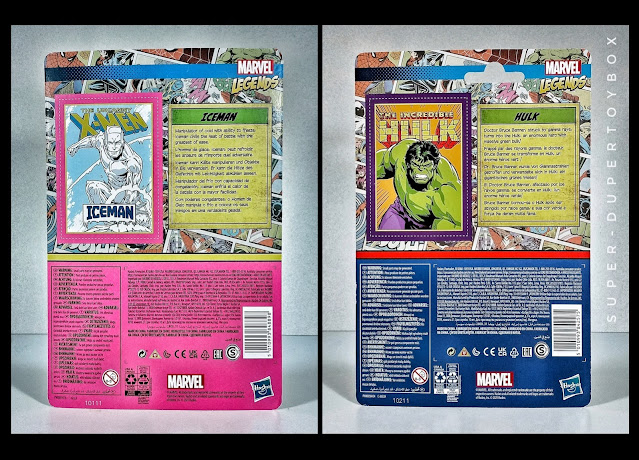 This classic Hulk evokes all the great memories from my childhood regarding the character, from the 1978 TV series, to the comics I read from that era, and of course my Mego action figures. Yes, I sold off most of my 3.75" Marvel Universe figures, but I can't resist the simple charm of these Retro Series figures- I'm interested to see how far Hasbro takes the line! 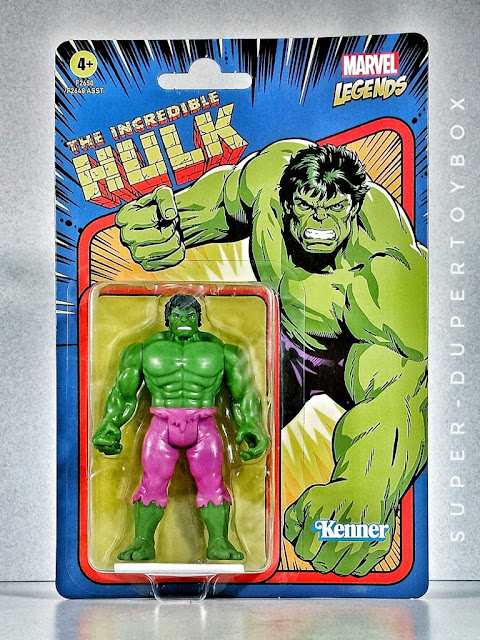