He-Man & the Masters of the Universe Power Attack Orko 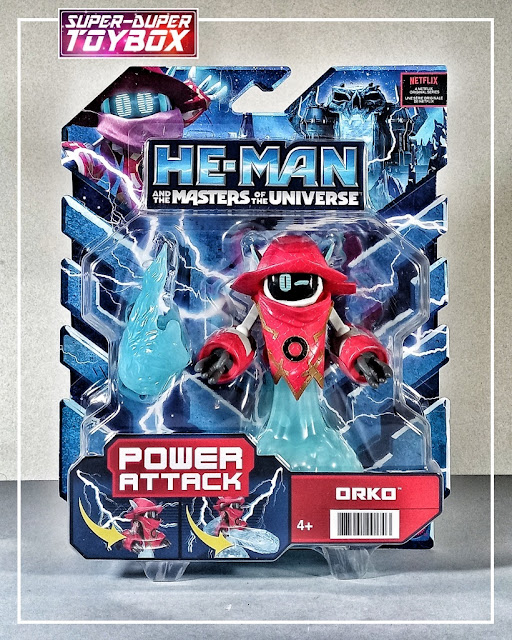 While I've had little interest in the He-Man & the Masters of the Universe line running parallel with MOTU Origins, the Power Attack Orko reminded me of the robot in The Black Hole, V.I.N.CENT. I've seen very little of the new animated showed from which this is based, but have seen the Masters of the Universe: Revelation animated show, also on Netflix. Oddly, I don't collect the Revelation figures, due mainly to space and budget. But this Orko is roughly the same size as my Origins Orko, and I liked that this Orko is a robot. 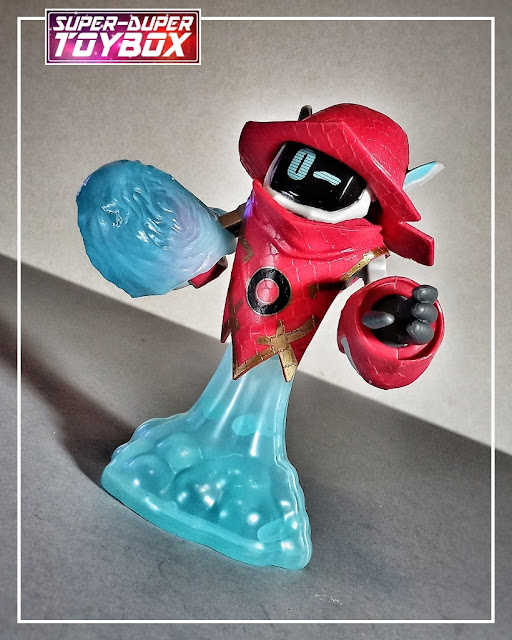 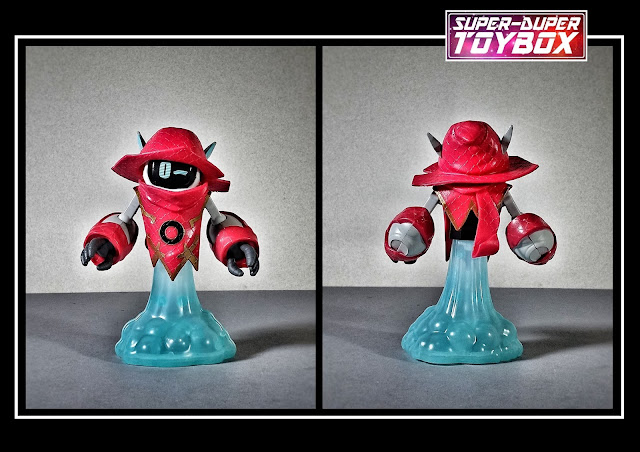 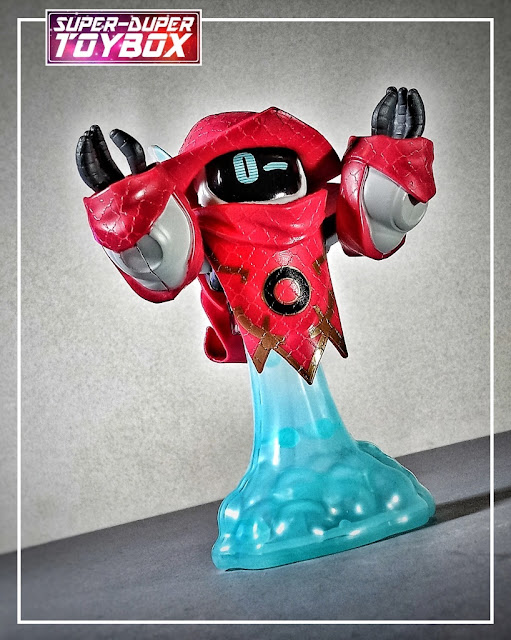 His propulsion blast base rolls around on a steel ball bearing underneath, but he is sorely lacking in articulation. And the "power attack" spring doesn't have a very big wind-up range, but will throw his energy blast off his arm effectively if you are positioned carefully. Although the figure can do very little, the character design update is fantastic. See my video below for an action feature demonstration...

Below, Power Attack Orko with my MOTU Origins Orko. I've still not seen one of these Power Attack Orkos in the wild, nor did I see more than perhaps a couple Origins Orkos at retail. I'm unsure if this is because he is a fan favorite and gets snatched up quick, or just luck. I was ultimately disappointed by the lack of articulation, thought he will display nicely. 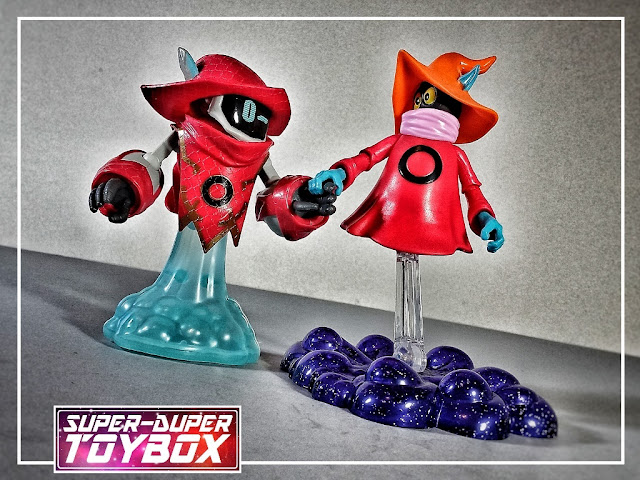