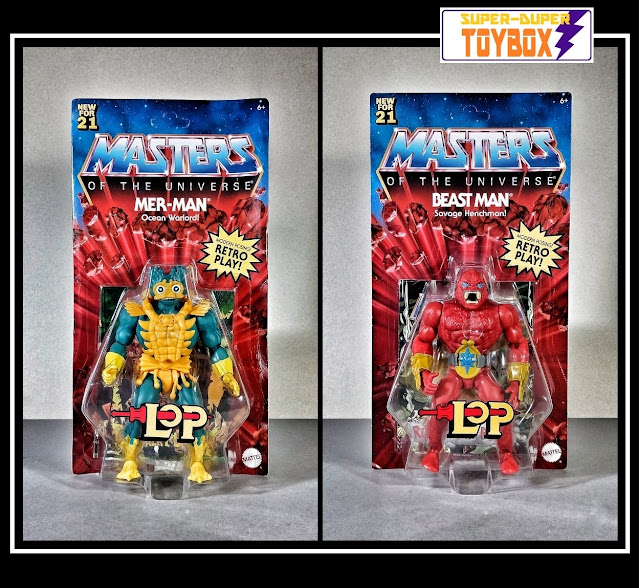 Some of the Masters of the Universe fans who paid top dollar for the Power-Con Exclusive MOTU Origins "Lords of Power" set may feel slighted, but I was pretty happy to get the Mer-Man and Beast Man reissue in the Origins main line. The paint decos are different on theses single carded versions, leaving the exclusivity of that box set intact. Lords of Power was a working title for the original Masters of the Universe line back in the '80s, these character versions inspired by the prototypes for that. Mer-Man includes his signature "corncob" sword, but Beast Man includes no weapon- he may not have had his signature whip as a prototype, but they should have given him one for play value. 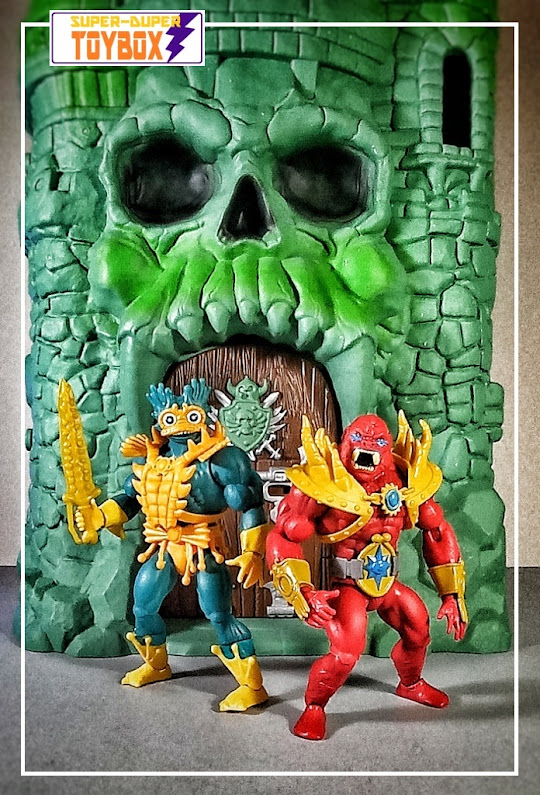 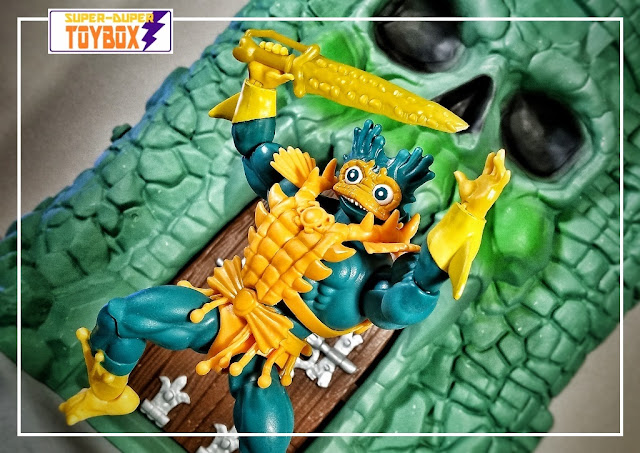 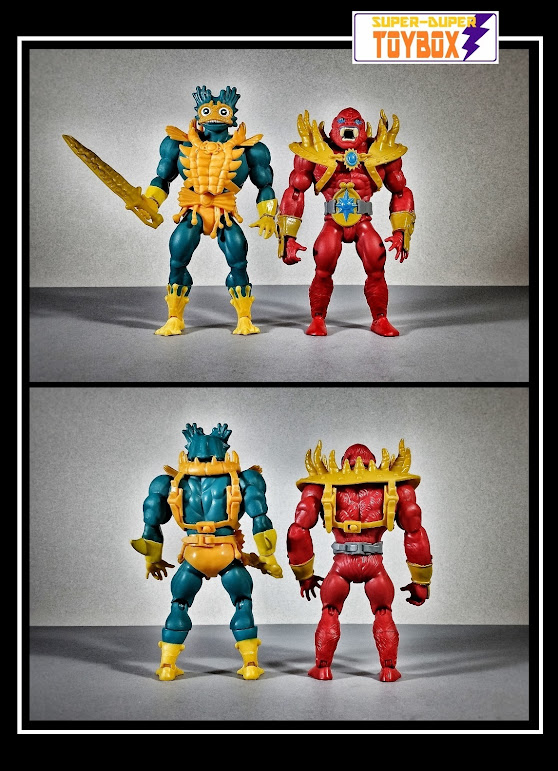 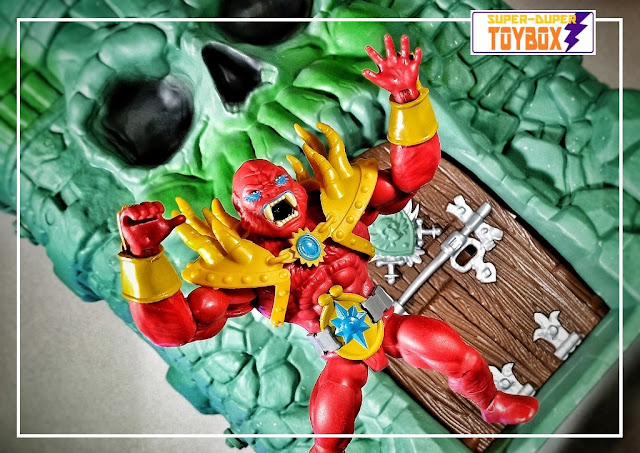 Below, MOTU Origins Mer-Man and Beast Man with their standard Origins counterparts, Wave 3 Mer-Man and Wave 1 Beast Man. These characters were a couple favorite villains in my small childhood MOTU collection, so I enjoy having variants like these. Why Mattel issued only these two Lords of Power versions is unclear to me, but I was pretty excited when they were solicited. 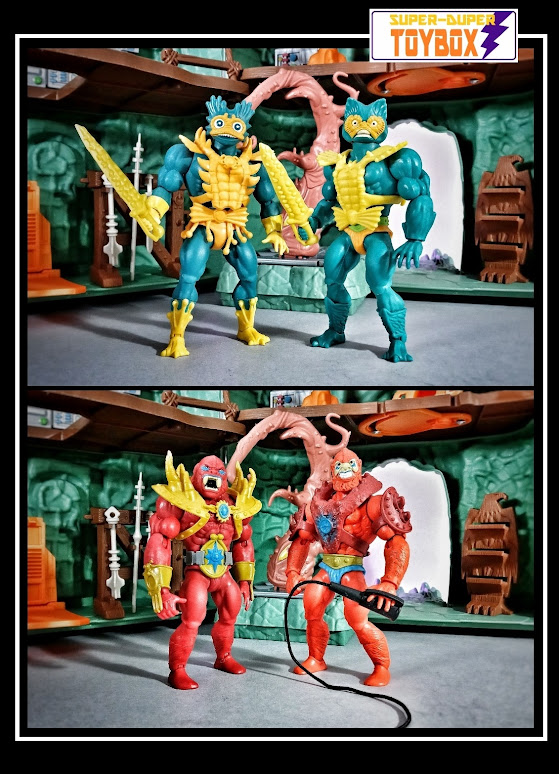 I'm glad they brought back the mini comics for this line- the original Alfredo Alcala mini comics included with the '80s MOTU line captured my imagination before the Filmation animated show took over so much of the lore of Eternia and all it's characters. I've found the art to be in the spirit of those original mini comics... 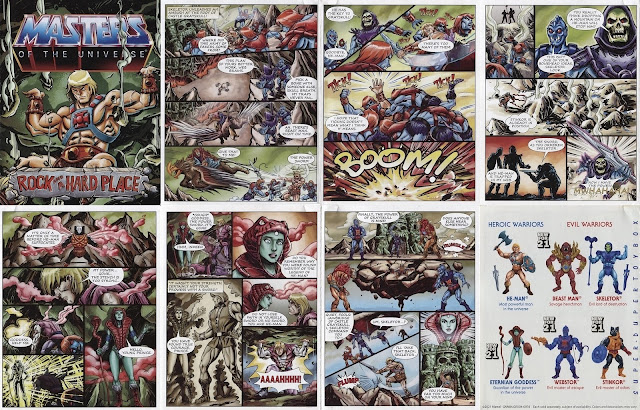 And finally, LOP Mer-Man and Beast Man battle my Masters of the WWE Ricky "The Dragon" Steamboat and Ultimate Warrior. I lament my inability to get more of the Masters of the WWE figure before they canceled the line. They fit in so well with my MOTU Origins figures and were just another reason why MOTU Origins has been one of my favorite action figure lines of the last three years. Recommended! 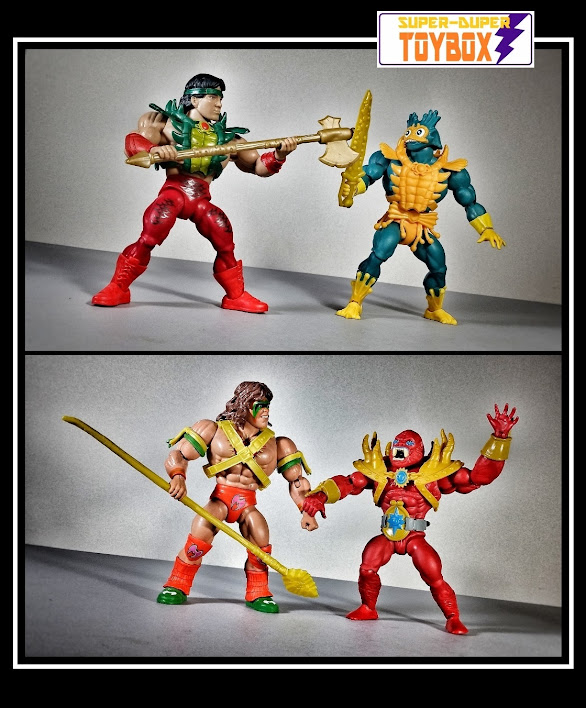